Grateful Father Returns S$450 To Charity, They Helped His Daughter Become A Doctor 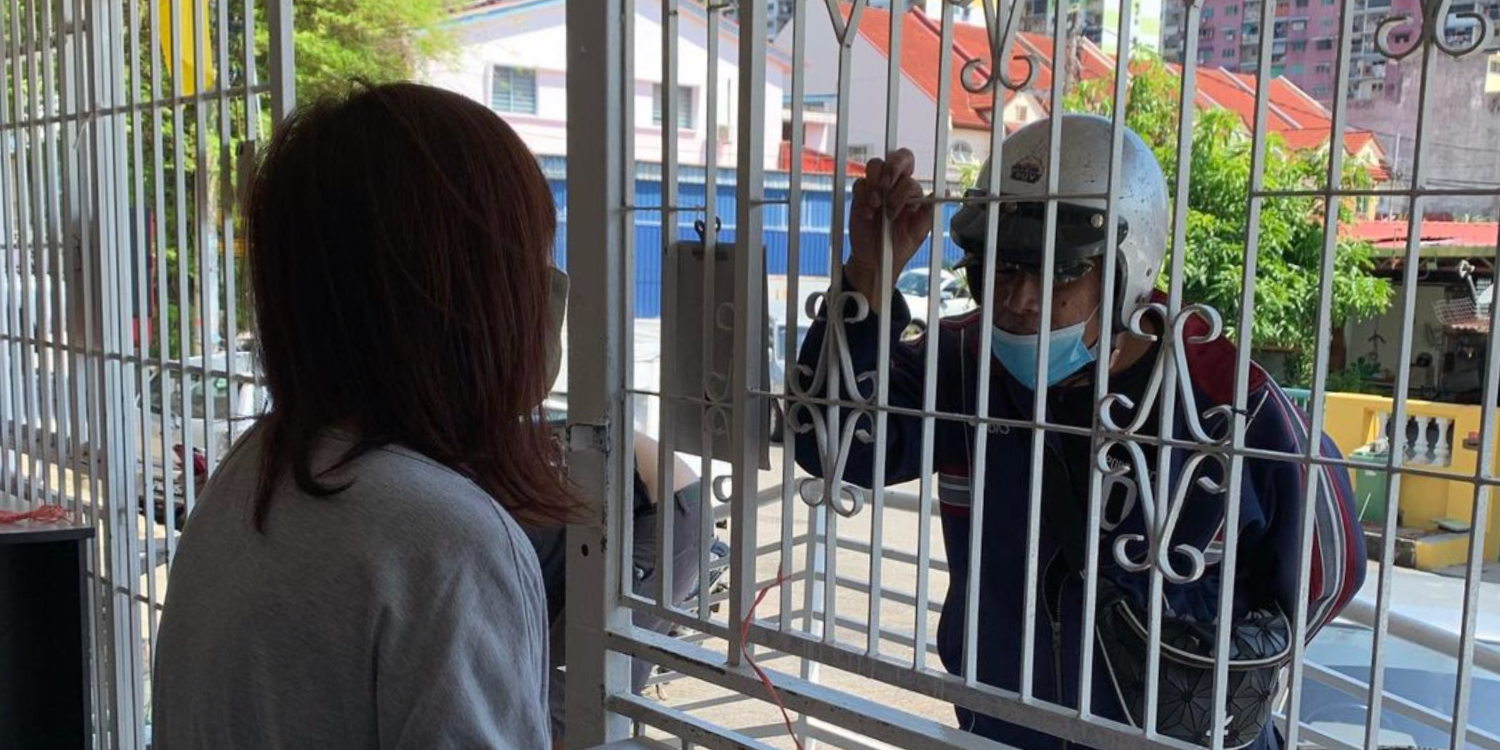 He remembered them even after many years.

Most of us do good deeds without expecting to be repaid. However, a father whose family benefitted from charity decided to give back what he was given. 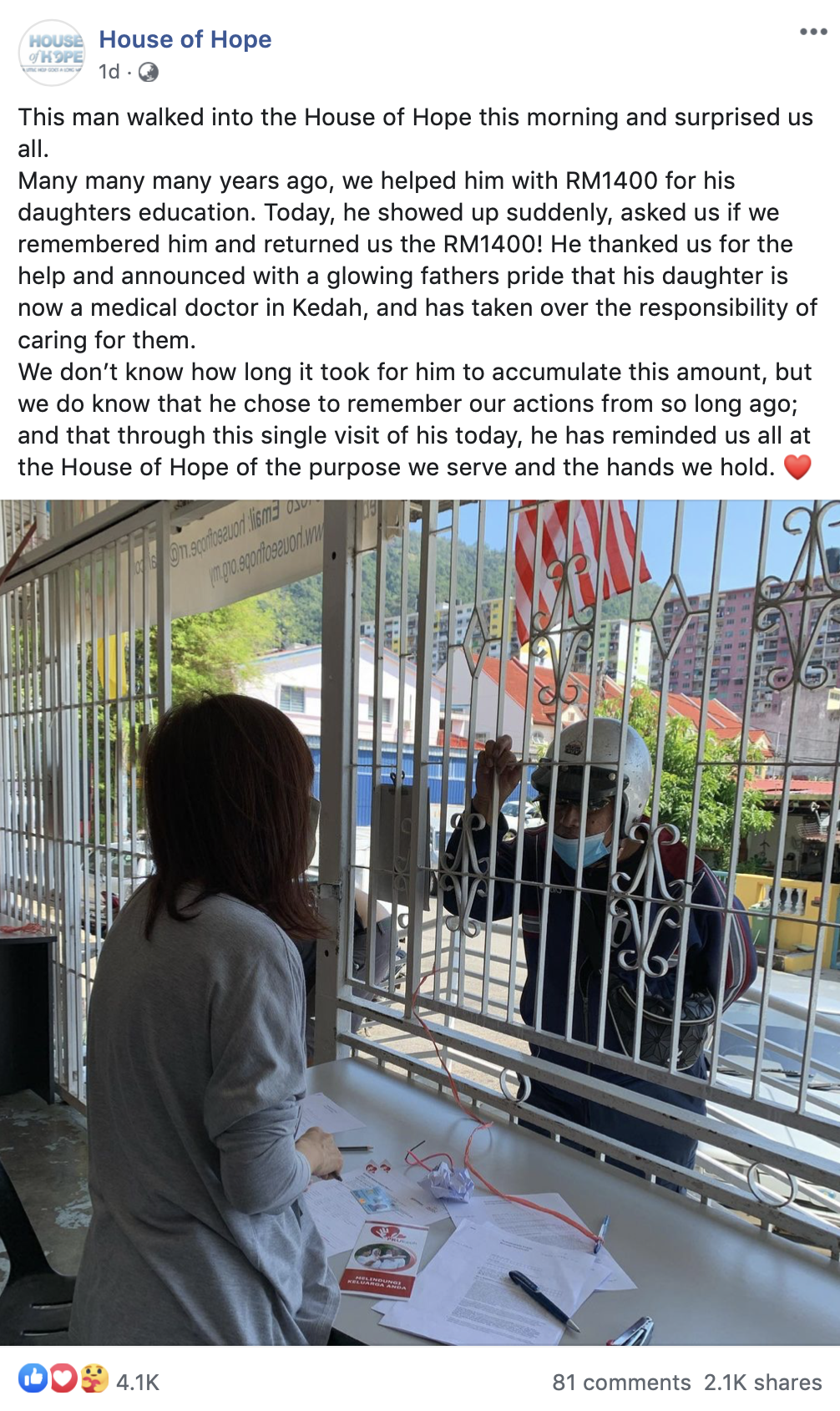 On Tuesday (8 Sep), Malaysian charity House of Hope shared that a man returned to them years after they helped him out.

In returning the money he was given, the father praised the charity for helping his family through tough times.

In a Facebook post, the Penang charity said that a man received help from them in the form of S$459.45 (RM1400) many years ago. 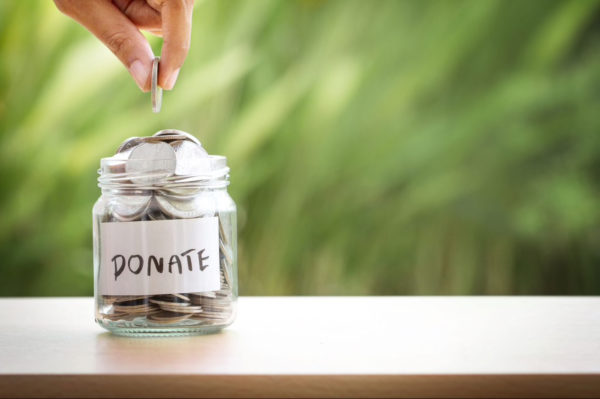 According to them, the father showed up out of the blue and returned the same amount yesterday.

He’d returned to thank the charity for their help in providing his daughter with an education.

The man never forgot the charity’s compassion and asked if they remembered him, and shared that their compassion towards the less fortunate bore fruit.

Glowing with pride, he shared that his daughter grew up to be a doctor in Kedah State — now, she’s able to handle taking care of the family.

Netizens moved by the father’s gesture

One netizen was inspired to volunteer his free time with the charity as a way to give back to the less fortunate.

Another netizen noted that helping the poor is a form of paying it forward because such acts of kindness could provide others with an opportunity to give back to society.

Another comment also praised the father for using the charity’s money wisely for his daughter’s education.

This heartwarming exchange is an example that one seemingly small act of compassion can change the livelihoods of entire families.

House of Hope noted that although the man received the money years ago, it was touching that he still remembered the charity.

The small amount you can provide may not be much, but it can mean the world to others, and can make all the difference.