SBS Bus Driver Helps Motorcyclist Who Skidded, Company Says He Made Them Proud 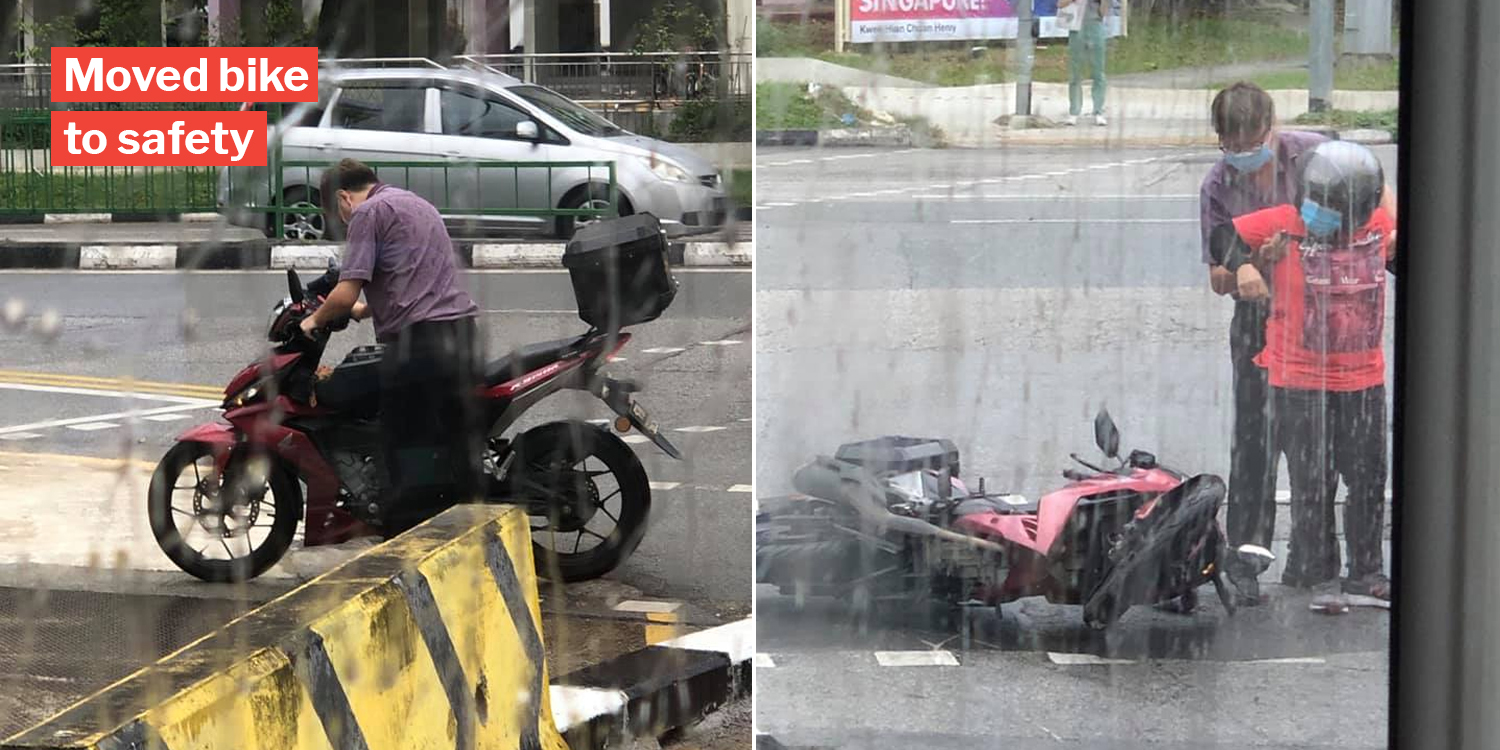 While rainy weather gives Singaporeans respite from the otherwise unbearable heat, they make our roads wet which in turn, poses a hazard for motorists. 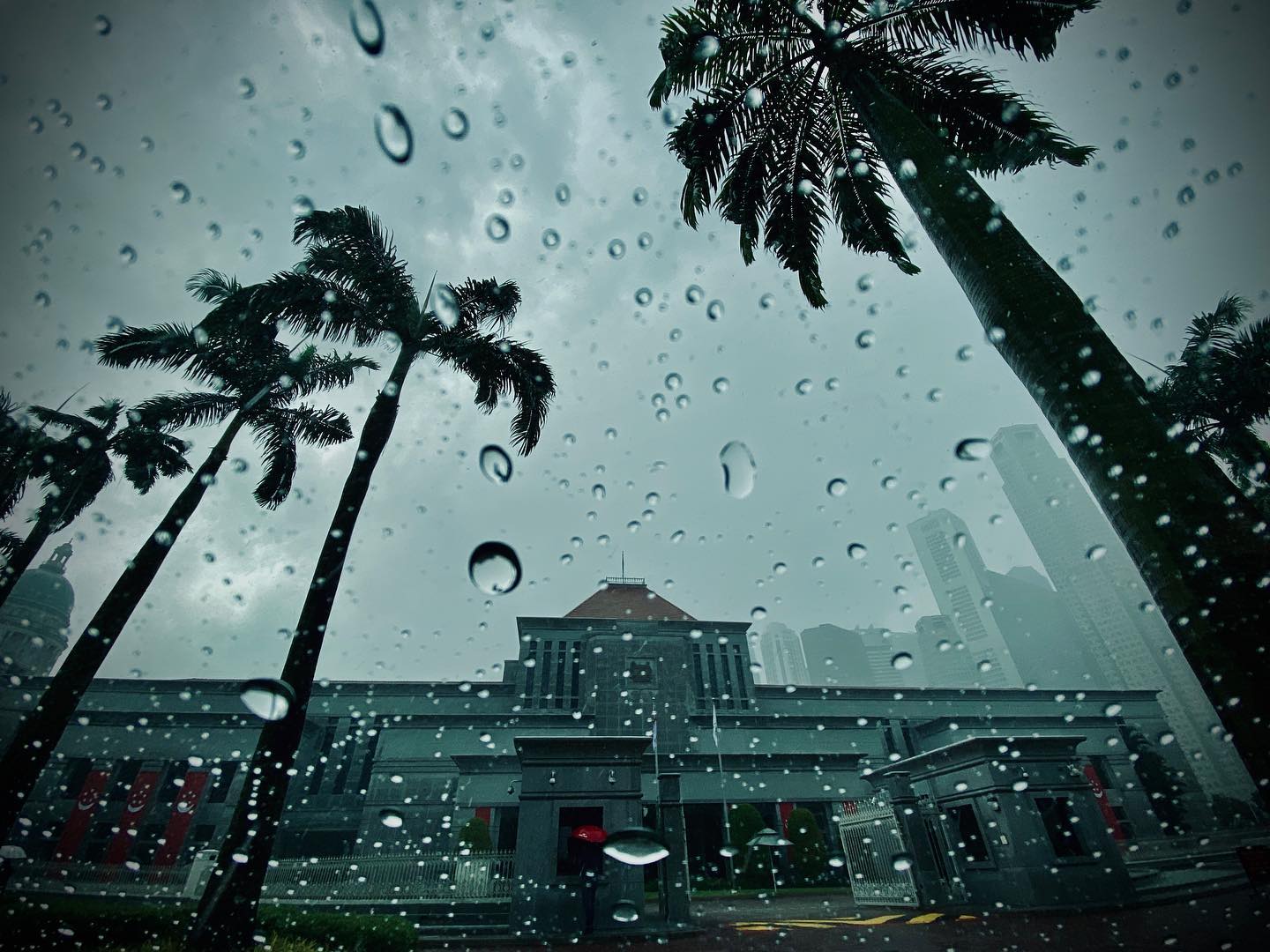 On Wednesday (2 Sep), one motorcyclist fell victim to slippery roads and skidded when he was travelling in Kebun Baru. Thankfully, an SBS driver came to his aid.

A netizen named Mr Ng took to Facebook to praise the SBS bus captain who went out of his way to extend a helping hand. 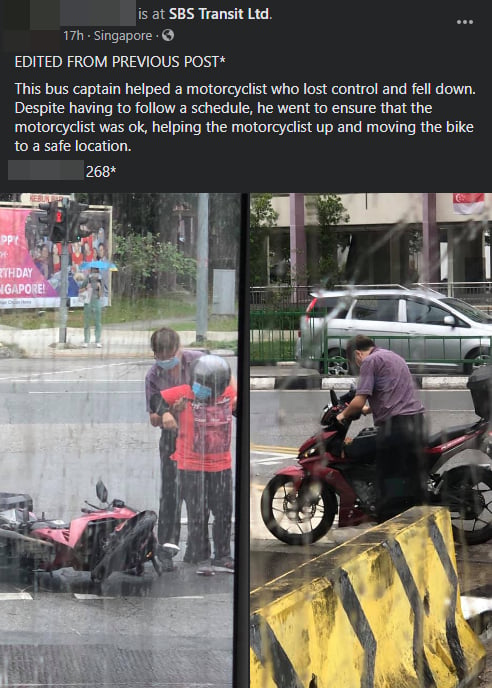 According to Mr Ng, the motorcyclist in question had lost control of the bike as he was riding in Kebun Baru. 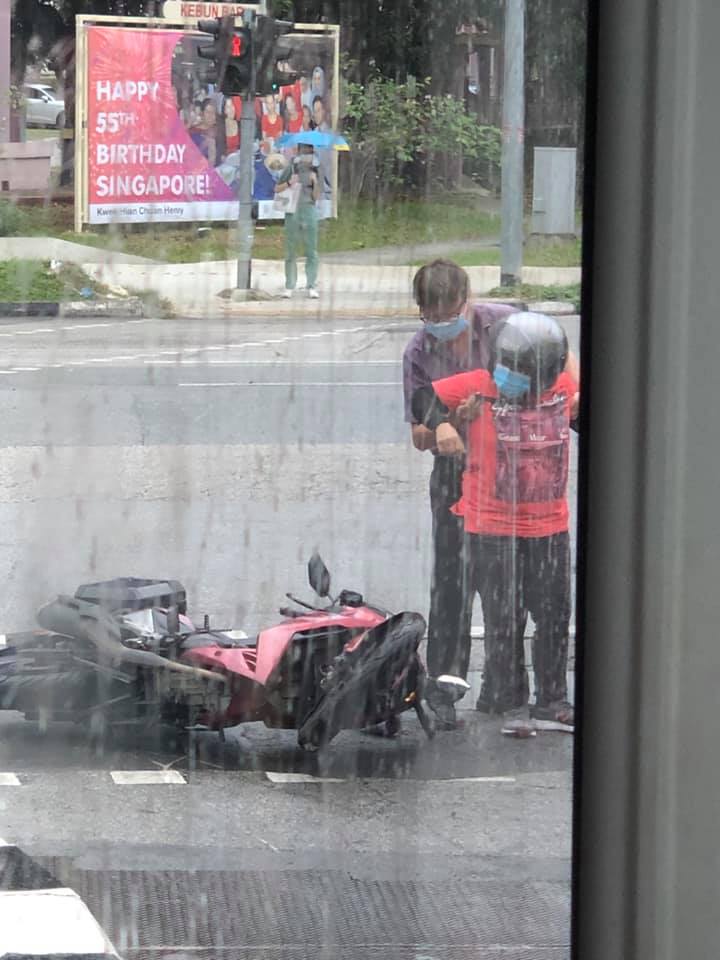 It was likely raining at that time, as a nearby pedestrian was seen with an umbrella in hand. Streaks of water can also be seen in the pictures — likely taken from inside a vehicle.

The exact timing of the incident was not disclosed, but it appears to have happened near the intersection of Ang Mo Kio Ave 5 and 4.

In addition to helping the rider back to his feet, the kind SBS driver, named Mr Sam, also helped to move the bike to a safe location, all while braving the rain. His kindness warms our hearts indeed.

Kudos to SBS driver for his kind actions

Kudos to Mr Sam for going the extra mile to help the motorcyclist.

We hope his actions inspire others on the road to be more gracious and extend help to each other when the need arises.

Together, we can make our roads a kinder place for all.