2 S’poreans Help Save Man Who Collapsed On MRT, Receive Award For Heroic Deed 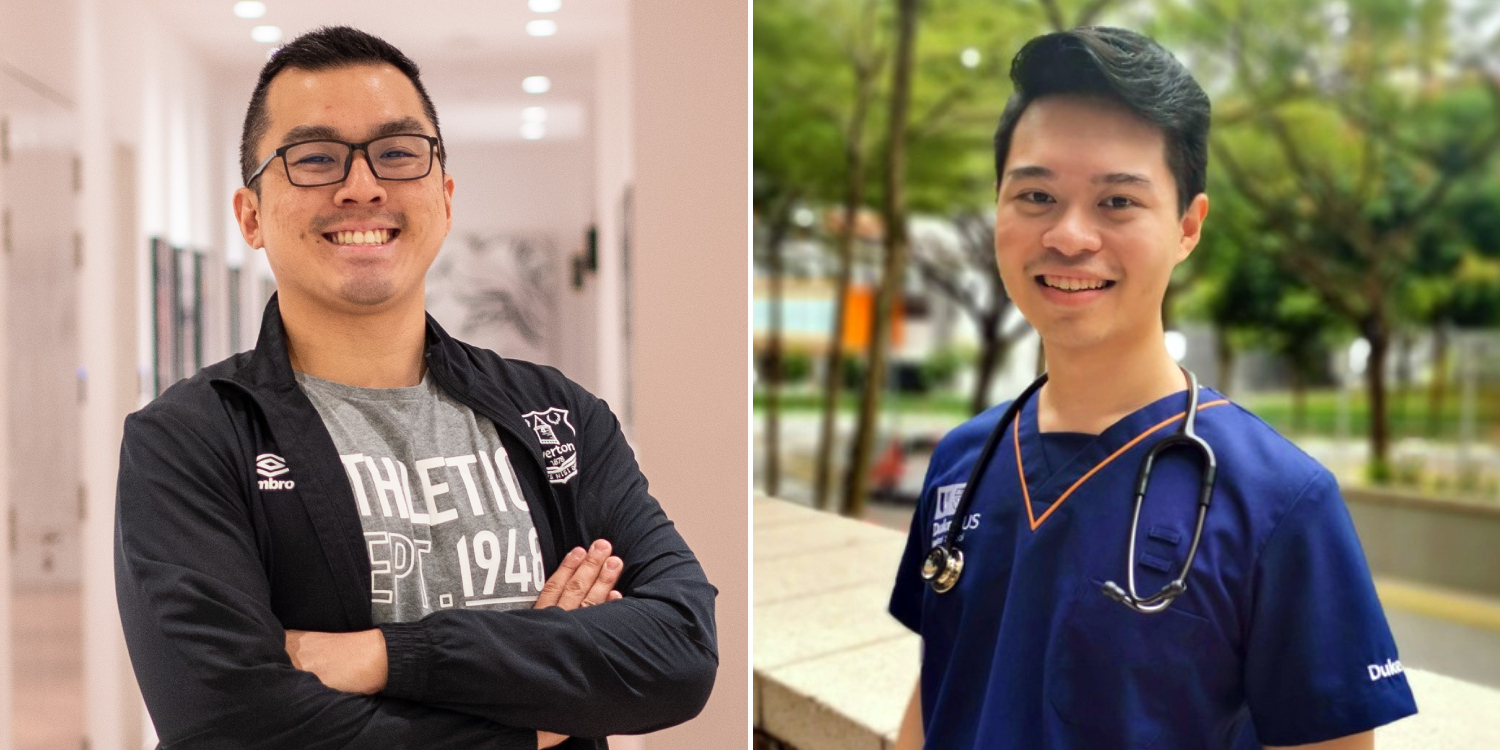 Superhero movies have been all the rage for years, proving just how captivated everyone is by good guys saving the world.

However, two Singaporeans have shown that you don’t need high-tech suits or genetic enhancements to be able to save someone’s life.

After seeing a fellow commuter pass out on the train, Chan Yarn Kit and Randy Lim wasted no time in offering their assistance, performing cardiopulmonary resuscitation (CPR) on him to keep him stable until paramedics arrived.

For their heroic actions, Mr Chan and Mr Lim received the Richard Magnus Award for The Outstanding Caring Commuter, which recognises those who show care to their fellow commuters.

Performed CPR on man who collapsed in MRT

The morning commute is usually a relatively uneventful part of the day where we stare at our phone or doze off on the way to our destination.

However, things took a dramatic turn for passengers aboard the MRT heading towards Tan Kah Kee Station on 30 Mar when a man suddenly passed out. 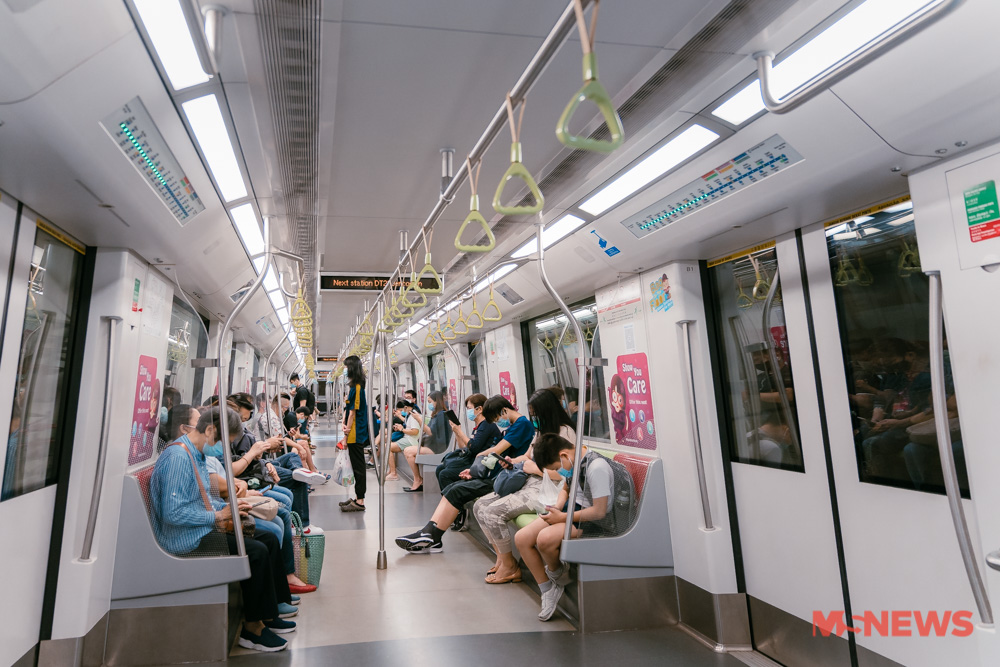 Image for illustration purposes only

“I was on my way to work when the man opposite me started to cough,” Mr Lim, a 29-year-old finance executive, recalled. “I thought it was just a normal cough, till he slumped in his seat.”

While most of the other passengers were stunned, Mr Lim and medical student Mr Chan, also 29, sprang into action.

Mr Lim quickly laid the unconscious man on the ground while Mr Chan performed CPR on him. 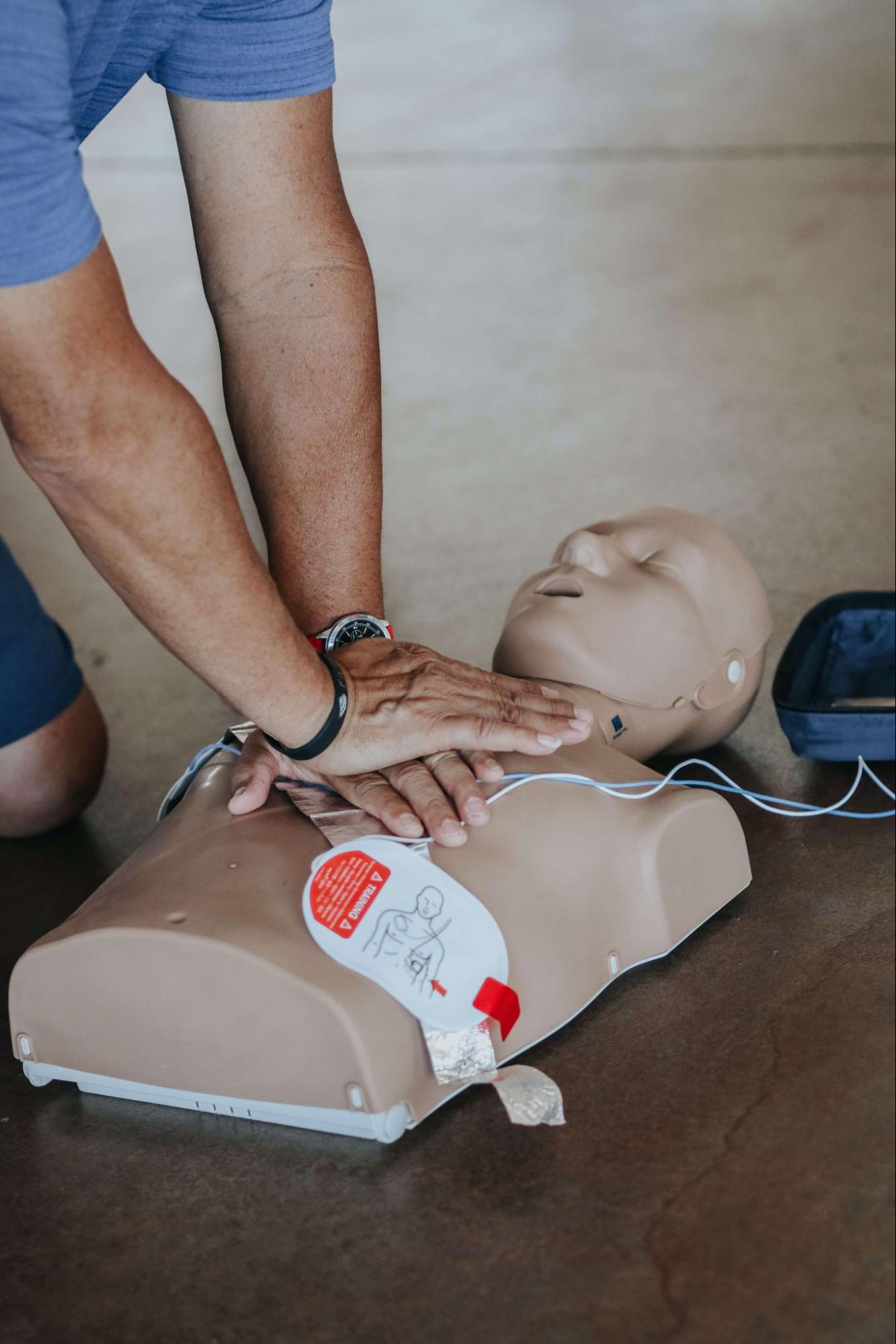 Source: Raven Domingo on Pexels, for illustration purposes only

When they reached the next stop, they brought the man out of the train and Mr Chan took turns with station staff to continue administering CPR. 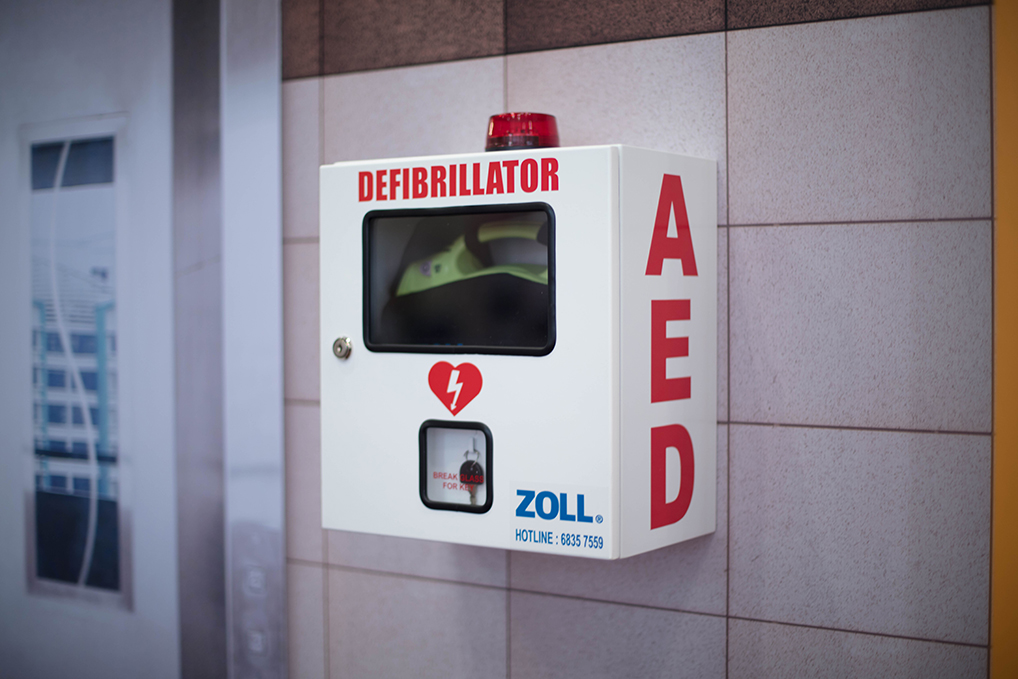 Fortunately, they managed to resuscitate the man, and paramedics arrived shortly after.

While he knew what he was doing, Mr Chan admitted that he was nervous about giving CPR and using an AED on an actual person for the very first time. 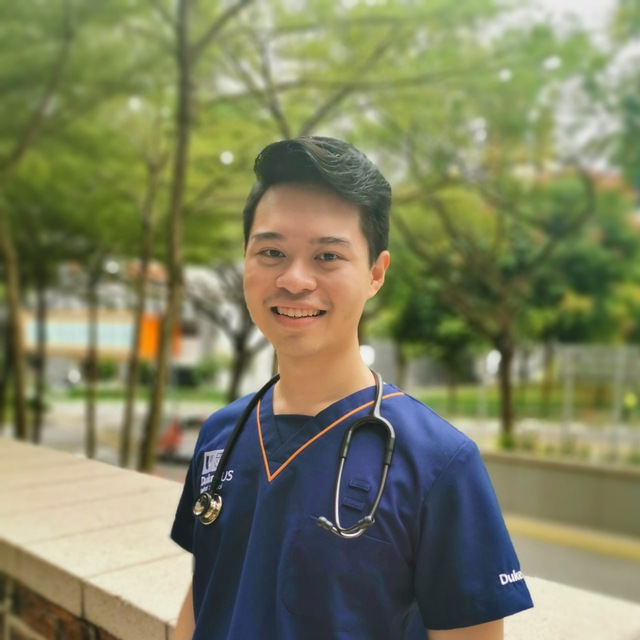 Still, that didn’t stop him from giving it his all and he did his best to remain alert in case any complications arose.

He also drew from his experiences with other healthcare professionals in urgent situations, which prompted him to “remain calm and composed to adequately address the matter at hand”.

Once the paramedics had taken over, Mr Chan took some time to console the patient’s tearful wife, who was understandably in shock after seeing her husband collapse in front of her.

“Her tearful eyes spoke the silent languages of fear, love, and grief,” he said. “While I regret not being able to do more for her, I hope our interaction allayed some small part of those emotions.”

This encounter served as a reminder for Mr Chan to address not just the needs of a patient, but their families and caregivers as well.

Similarly, Mr Lim was initially unsure of how to act when he saw the man lose consciousness.

Then, he remembered a phrase he had recently heard, which stated to “do something if you see someone in need”.

And that’s precisely what he did by assisting Mr Chan in the CPR. 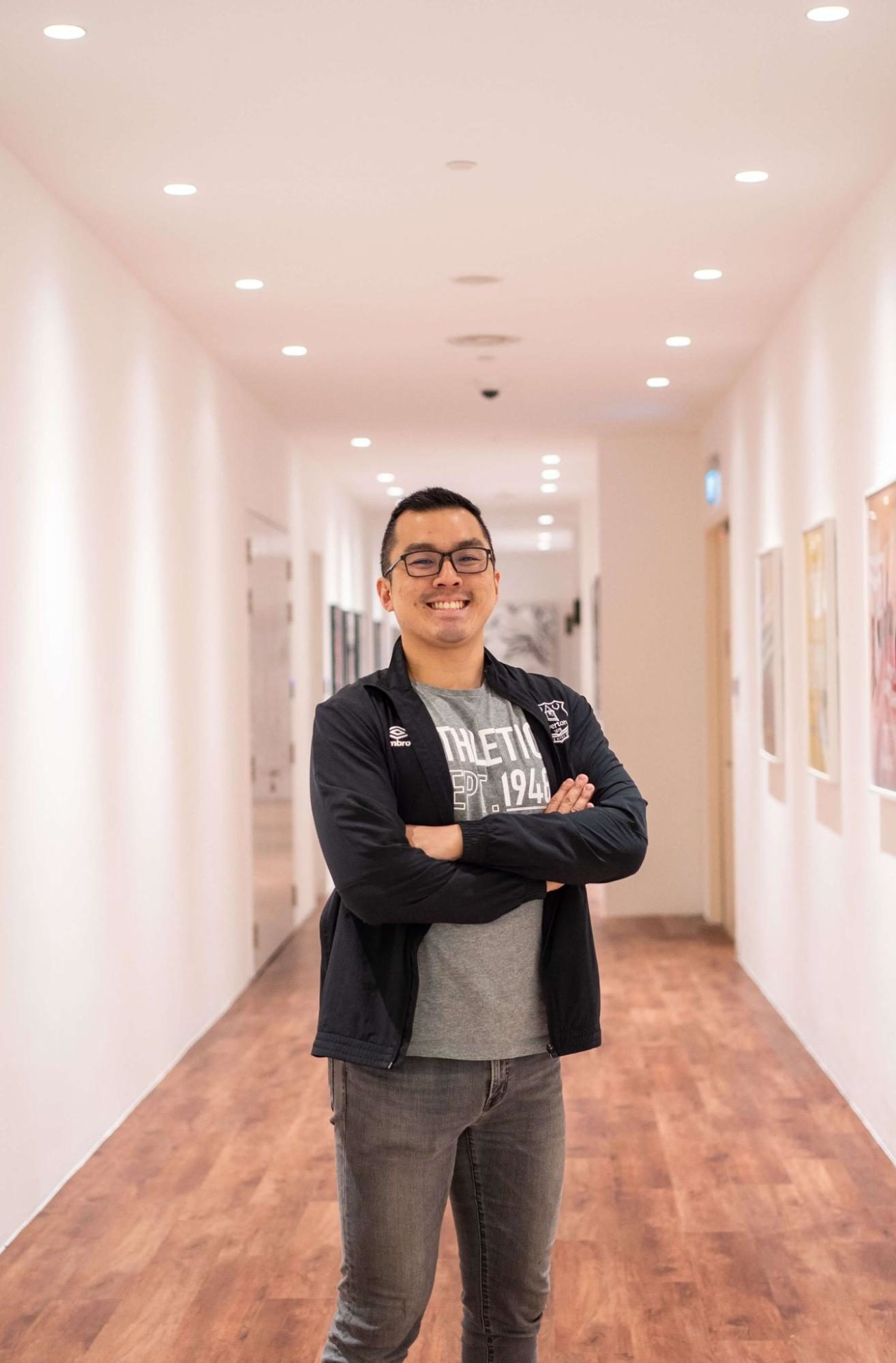 “Even though I’m not medically trained, I did what I could to the best of my ability,” he said, adding that he recalled the steps he learned during Basic Military Training (BMT) in National Service (NS) and from articles he had read.

In recognition of their heroic deeds, Mr Lim and Mr Chan were conferred the Richard Magnus Award for the Outstanding Caring Commuter today (5 Nov).

The award is named after the late Mr Richard Magnus, former Chairperson of the Public Transport Council (PTC) and the Caring SG Commuters Committee, who was a strong advocate for a caring commuting culture. 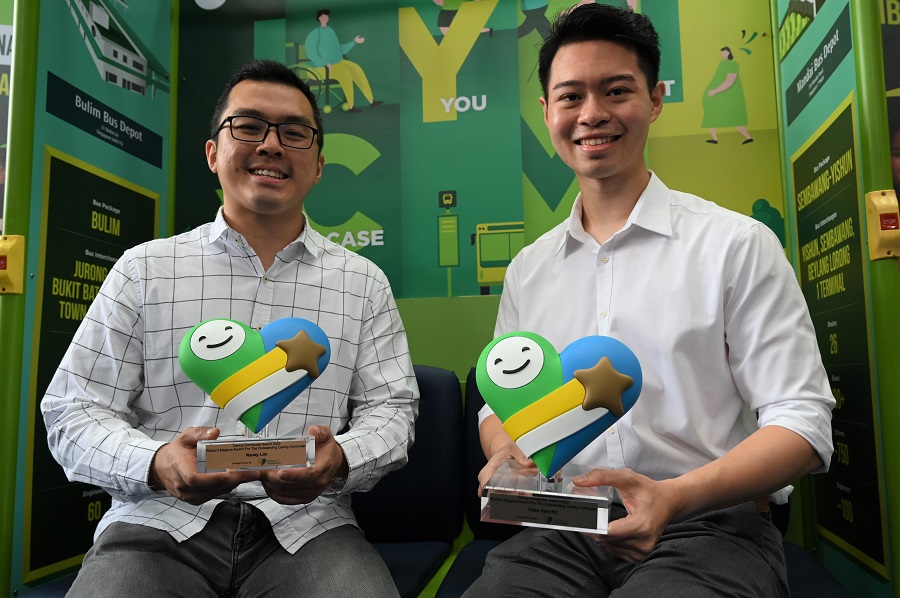 When asked to share their thoughts on receiving such a meaningful award, both Mr Chan and Mr Lim used the same word – “grateful”.

Mr Chan also hopes that this story will inspire more folks to do what he and Mr Lim did. He highly recommends taking up a Basic Cardiac Life Support and AED Certification course to be fully prepared for such emergencies.

As for Mr Lim, he shared how proud his family is that he “chose to do something and not be a bystander”.

Most of the time, good deeds are performed without the attention-grabbing fireworks of a blockbuster movie.

So when the opportunity to give them the spotlight arises, it’s only right to give kind souls the appreciation they deserve.

At the end of the day, you don’t need superpowers to be a hero — you just have to be willing to go out of your way to help a fellow human being.

To find out more about the Caring SG Commuters initiative and to read more heartwarming stories like the one above, visit the online portal here.

This post was brought to you in collaboration with the Caring SG Commuters.