We all know fighting roosters can be ferocious — and also illegal. In certain places, roosters are still trained to fight to the death, with blades strapped to their leg.

Unfortunately, while conducting a raid on a fighting rooster arena, a policeman was killed by a stray slice to his thigh, reports the Daily Mail.

The incident took place in Northern Samar, a province in the Philippines.

Cockfighting was banned due to the Covid-19 pandemic, but it seems that there are other things besides the virus which are lethal.

Police announced the incident which happened yesterday (26 Oct) during a press conference, with a heavy heart.

The Northern Samar Police Provincial Office lost Lieutenant Christian Bolok, who in the line of duty was struck by the very animal he was trying to prevent from dying.

When Lt Bolok, police chief of San Jose town, picked up a rooster, the blade caught his femoral artery in his left thigh — causing him to bleed to death. 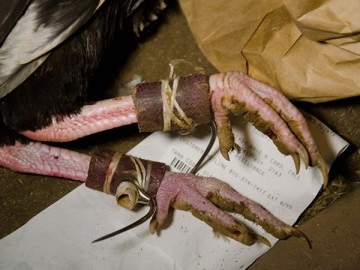 According to the Daily Mail, 3 people were arrested and 7 fighting roosters seized, while 3 other suspects are still at large.

The police chief, Colonel Arnel Apud, was at a loss to explain how he’d suddenly lost a trusty public officer, as this has never happened in 25 years of his police career.

This tragic incident highlights the risks of the blood sport, which is harmful to animals and now humans too.

We hope that this practice of training roosters to fight for our entertainment stops, as they’re not there for fun.

Now the sport has claimed a human life too, so the organisers really should reconsider their actions going forward. We hope police bring justice upon the human perpetrators.

MS News offers our condolences to Lt Bolok’s family and friends, and may he rest in peace.