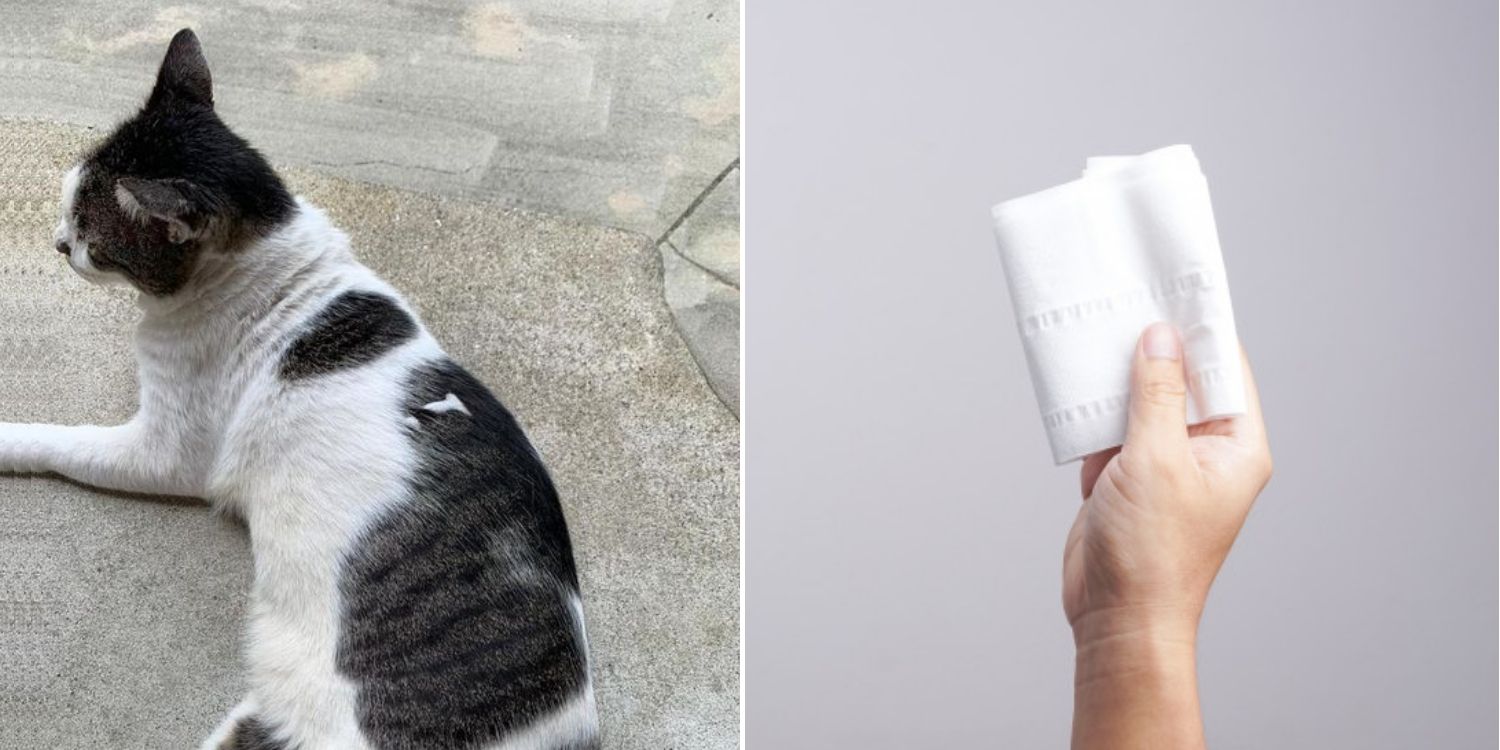 It’s not uncommon to see a community cat wandering our estates. Most of the time, we humans simply leave them alone or give the occasional pat on the head.

However, a community cat may have apparently been spat on recently while it was sleeping. The Cat Welfare Society brought this act to light via a Facebook post yesterday (22 Dec). 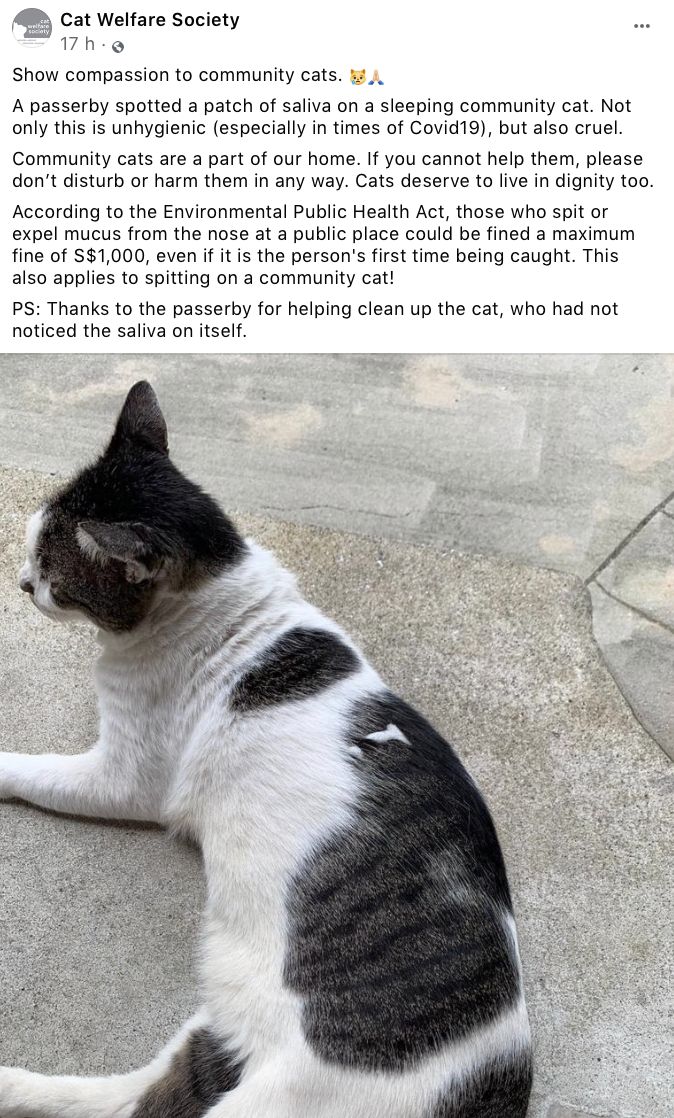 Thankfully, a kind passer-by wiped down the poor kitty, who seemed unaware of the drool on its body.

In the Facebook post, the Cat Welfare Society said a passer-by spotted a patch of saliva on a sleeping community cat.

They said the act of spitting on an animal is unhygienic especially during the Covid-19 pandemic. On top of this, it’s also cruel. Thankfully, a kind-hearted animal lover came across the kitty and helped to clean it up. The feline appeared not to notice the patch of saliva on its fur.

MS News has reached out to the Cat Welfare Society to determine where exactly the incident had happened.

Illegal to spit in public

The group said cats, like humans, deserve to live a life of dignity too. After all, they are a part of our community and one shouldn’t bother them since cats usually mind their own business.

A netizen commented that those who don’t like cats should just leave them alone instead of putting in effort to be cruel to innocent animals.

Apparently, this may not have been an isolated incident, as a Facebook user said residents in her neighbourhood have done the same before.

As a result, the animal lover had to clean the cats with wet tissues.

The Cat Welfare Society also brought up the Environmental Public Health Act which states that a fine of $1,000 would be imposed on those who spit in a public place.

They believe that doing the same on a stray cat would likewise be a punishable offence.

Regardless of how one feels about cats or animals in general, there’s no reason to treat them in an unpleasant manner.

Like what the Cat Welfare Society said, leaving community cats alone is sometimes the best course of action for both humans and felines.

After all, they’re just lepaking at the void deck most of the time, and not getting in anyone’s way.