Cat Found At Fernvale Link With Leg Cut Off, Authorities Are Investigating 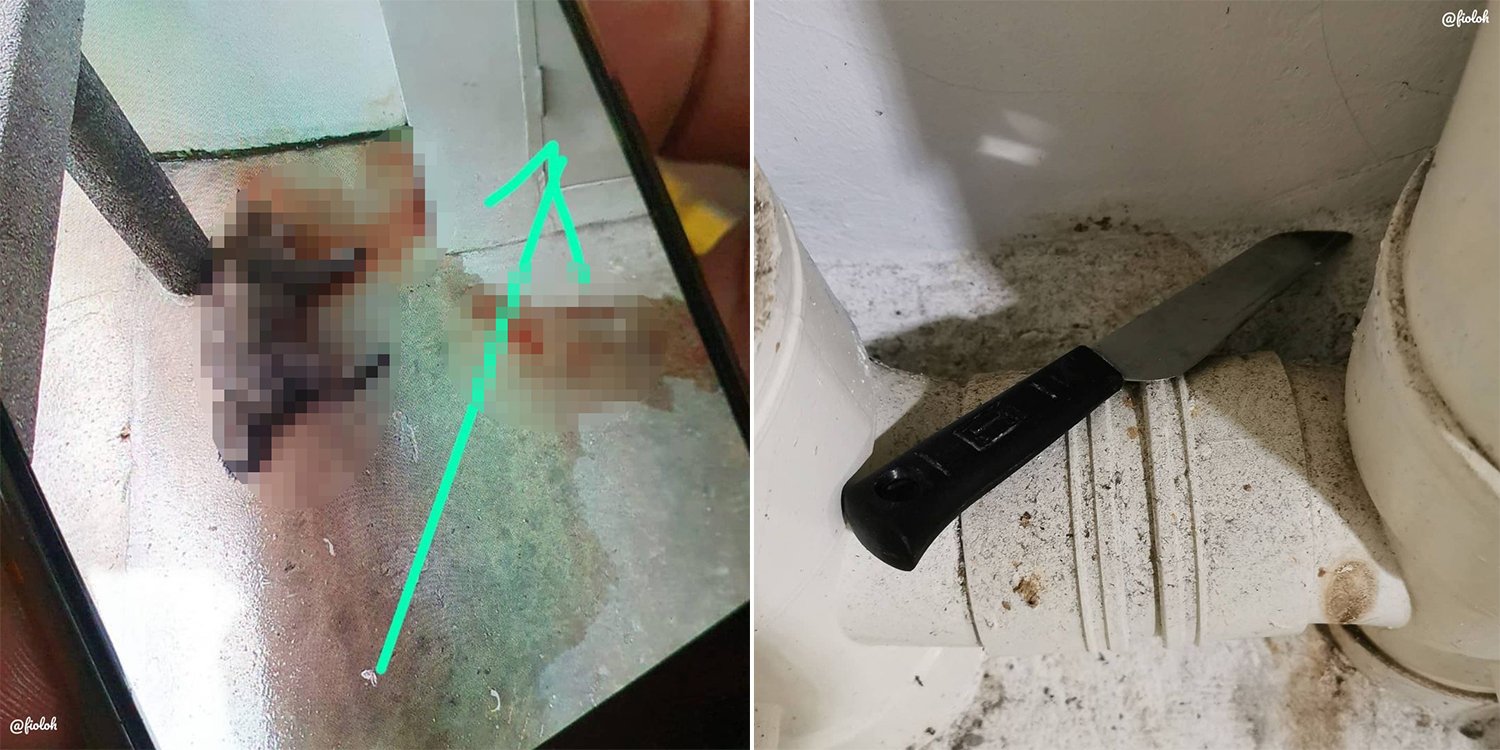 Stray cats are usually beloved by residents, who see them as part of the community. However, now and again we find some who seek to harm them instead.

A cat rescuer was alerted to a grisly find at a Fernvale Link HDB void deck on Saturday (12 Dec).

Apparently, some cleaners had found a cat carcass with its leg several metres away.

A knife was also found nearby.

Cat rescuer Ms Loh was alerted to a bleeding cat at Block 470B Fernvale Link by the Society for the Prevention of Cruelty to Animals (SPCA) at around 6pm on Saturday (12 Dec).

Due to being elsewhere, she sent an adopter, TH, to the location, but they couldn’t find the cat.

After making a call to the Town Council, Ms Loh received the news that the cat had passed on, and that the cleaners had kept the carcass.

They had found the cat in a gruesome state — with its left hind leg severed and lying some distance away from the carcass. 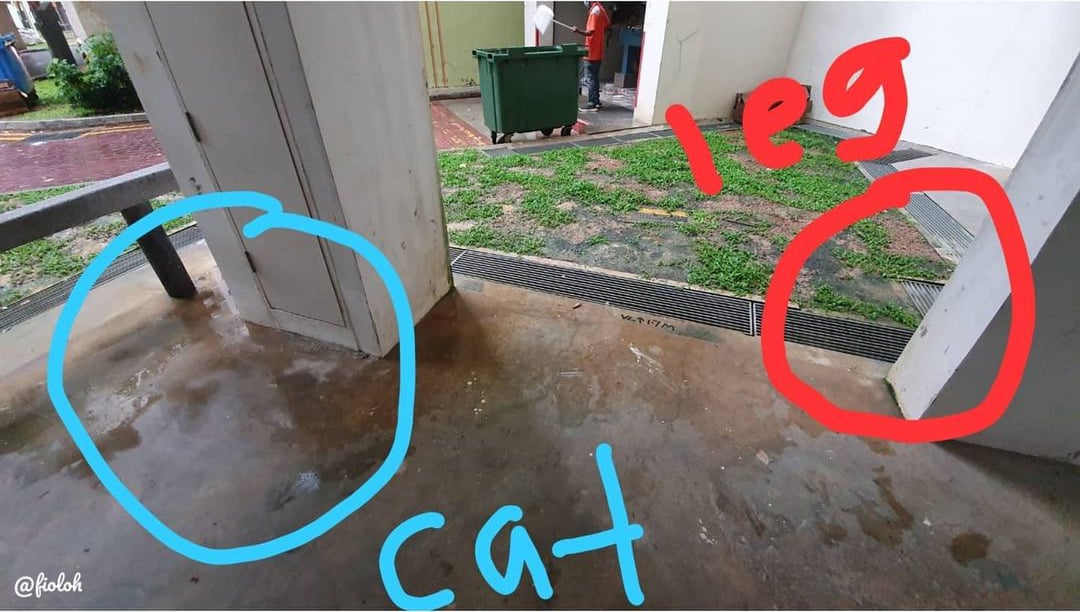 Town council workers had cleaned the bloodstained scene and kept the cat’s carcass.

Upon a check by Ms Loh and TH, they found that the cat doesn’t have a microchip, indicating that it’s either a stray or abandoned.

The cut on the leg was also clean, indicating that a sharp knife was used. 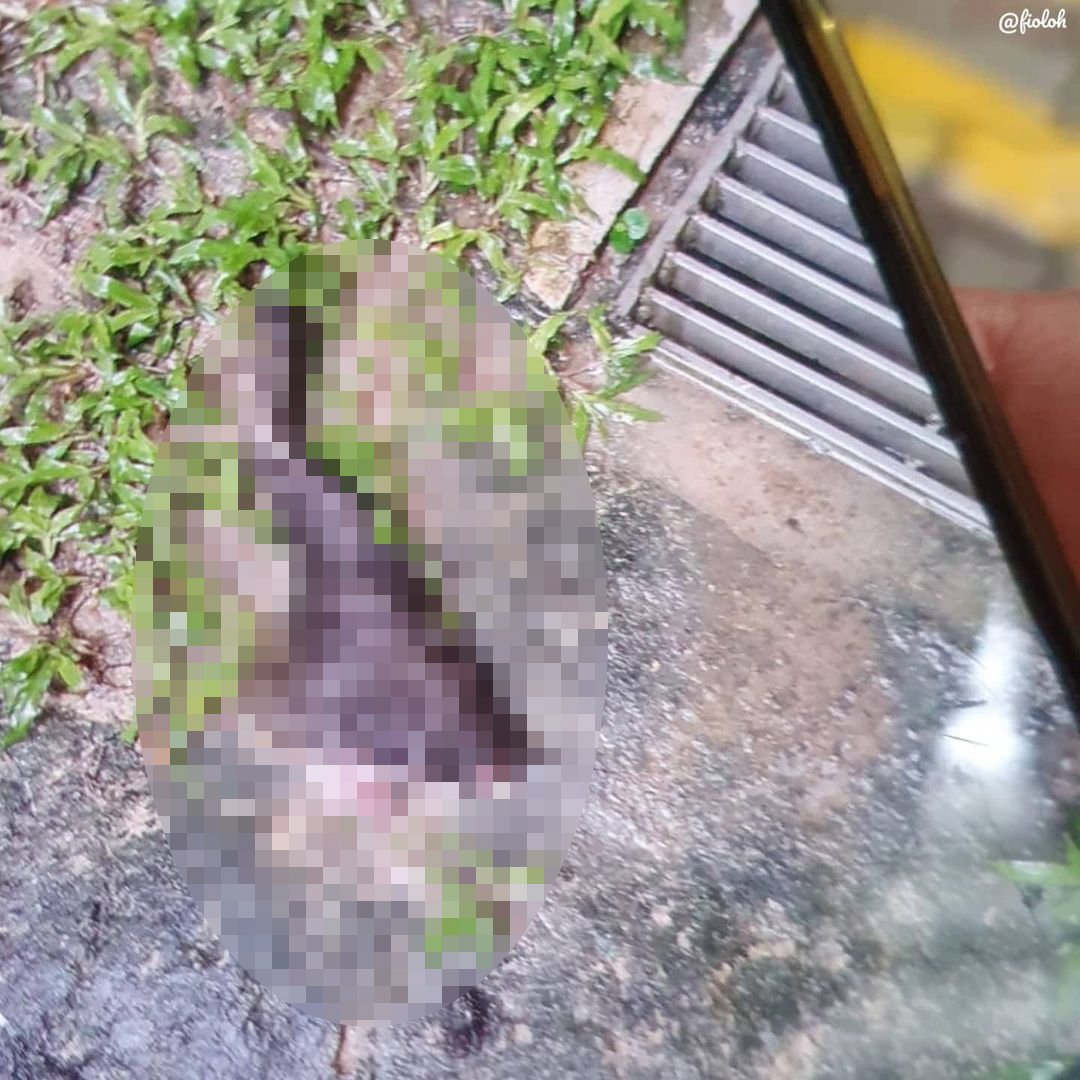 Later, while looking for a murder weapon, Ms Loh noticed that there were bloodstains beside where the carcass was found, and a riser next to it. 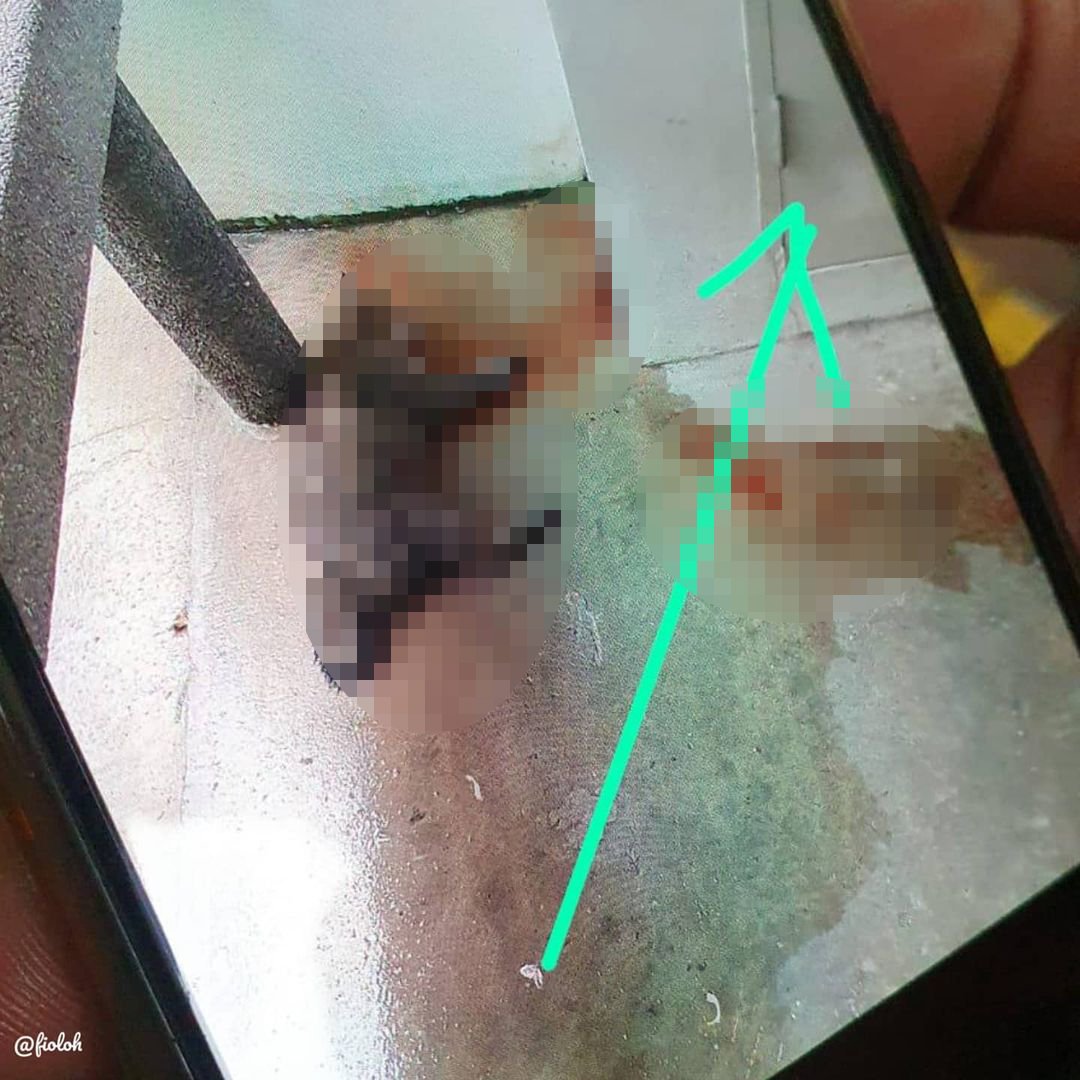 Upon opening the riser, they found a knife hidden within. 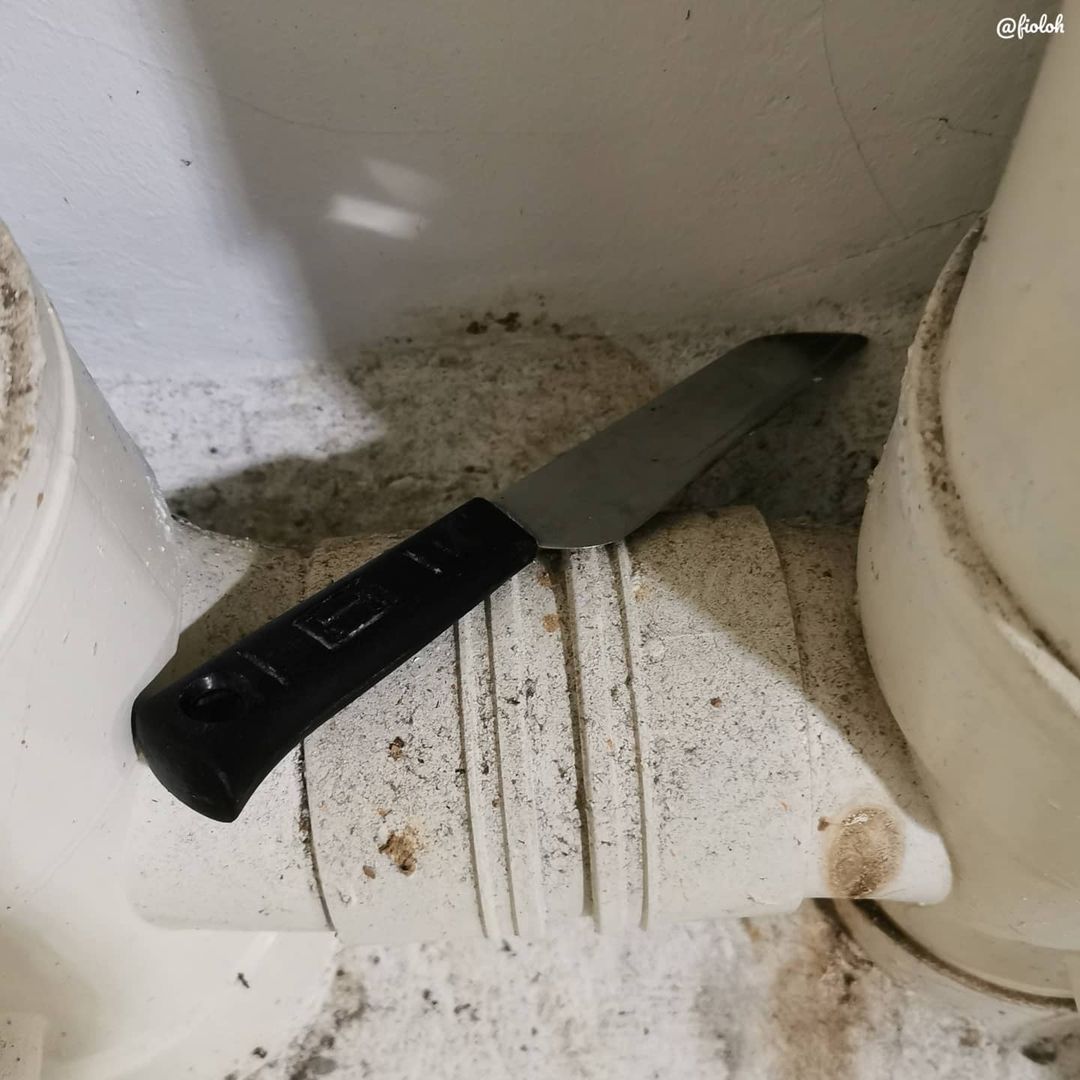 A check with Ms Loh’s vet confirmed that the limb was chopped off, as the cut was “too clean”.

In the meantime, Ms Loh rescued another cat who’d been in the stairwell to safeguard her from potential abuse. 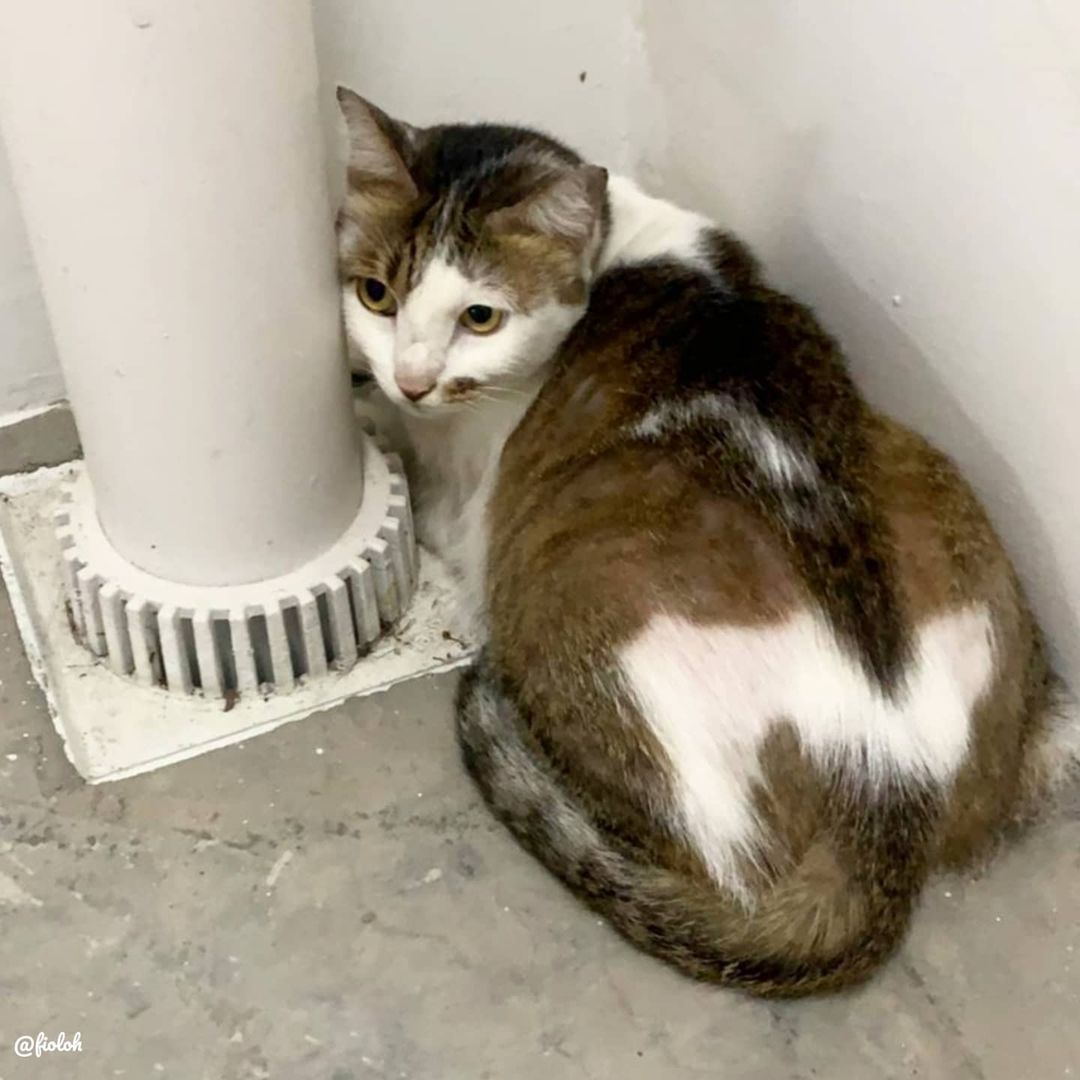 That cat, named Wakandah, is now up for adoption.

Friend Of Fallen Fernvale Cat Is Up For Adoption, They Were BFFs Who Often Ate Together

Ms Loh confirms that police as well as SPCA and the Animal & Veterinary Service are investigating the case of the dead cat, who she named Xyon.

In a follow-up post, Ms Loh shares some clarifications on the incident, including on what the authorities are doing.

SPCA and AVS will conduct an autopsy to determine the exact cause of death and to determine if the case was indeed abuse.

Meanwhile, the SPF are reviewing CCTV footage and the Cat Welfare Society (CWS) will likely conduct door-to-door interviews to find out more.

Ms Loh is trying to find out who sterilised the 2 cats as well.

Notably, community feeders told Ms Loh that they don’t recognise the cats and didn’t know that there were community cats in that area, which could mean that they were abandoned recently.

Ms Loh advises owners to be responsible for their pets and keep them indoors, and to not abandon them.

It’s horrific that such an incident took place in a void deck in Singapore. Nothing can excuse such behaviour.

MS News wishes that Xyon will rest in peace and that authorities manage to get to the bottom of the incident.