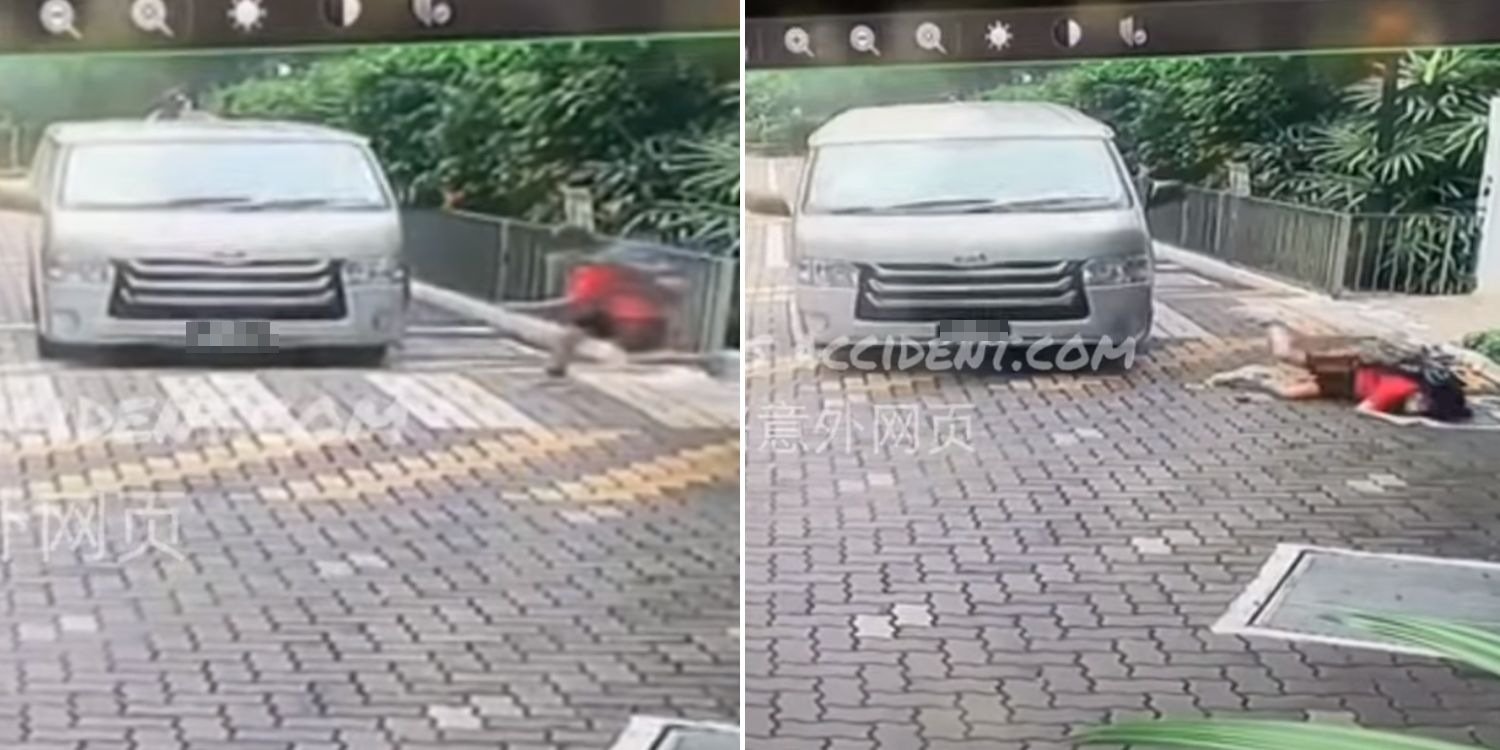 The boy thankfully managed to get back up right away.

Schoolboy Dashes Across Zebra Crossing & Gets Hit By Van

Whether you’re manoeuvring a vehicle or simply walking on the road, doing so at a reasonable speed is always advisable for safety.

Unfortunately, two road users — a young schoolboy and a van driver apparently failed to do this, causing an unfortunate collision.

Video footage showed the boy dashing across a zebra crossing, as an approaching van collided with him within seconds.

Noticing that the vehicle had failed to slow down while approaching the crossing, some netizens took the chance to criticise the driver.

In a post on Tuesday (27 Sep), Facebook page Singapore road accidents.com, shared a clip of the incident but did not disclose the date or location.

Judging from the van’s licence plate and the surroundings, however, it’s discernible that it occurred in Singapore.

At the start of the clip, a young boy, seemingly in school attire, dashes across the road without pausing to check if the coast is clear. 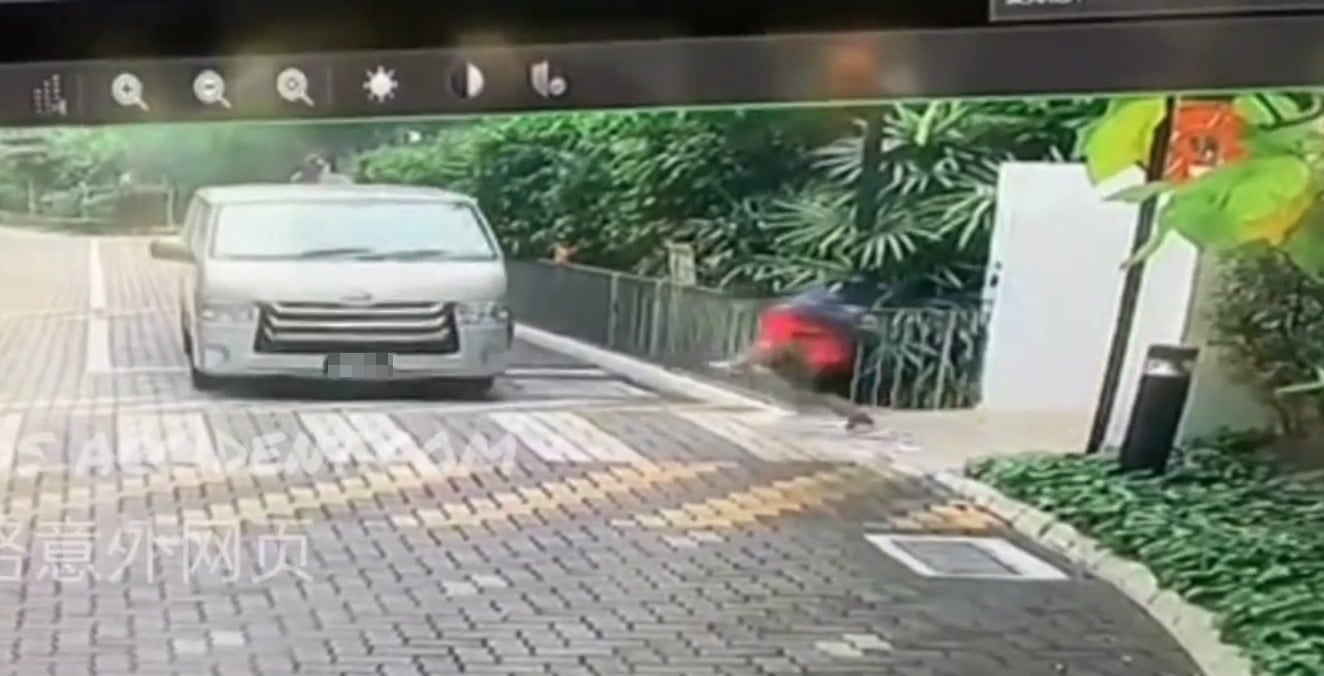 Unbeknownst to him, a van is fast approaching, with the driver unable to come to a stop, therefore colliding with the schoolboy.

The impact sends the student tumbling backwards onto the ground. As he only appears to hit the side of the van slightly, he manages to stand back up almost right away, showing no signs of serious injury. 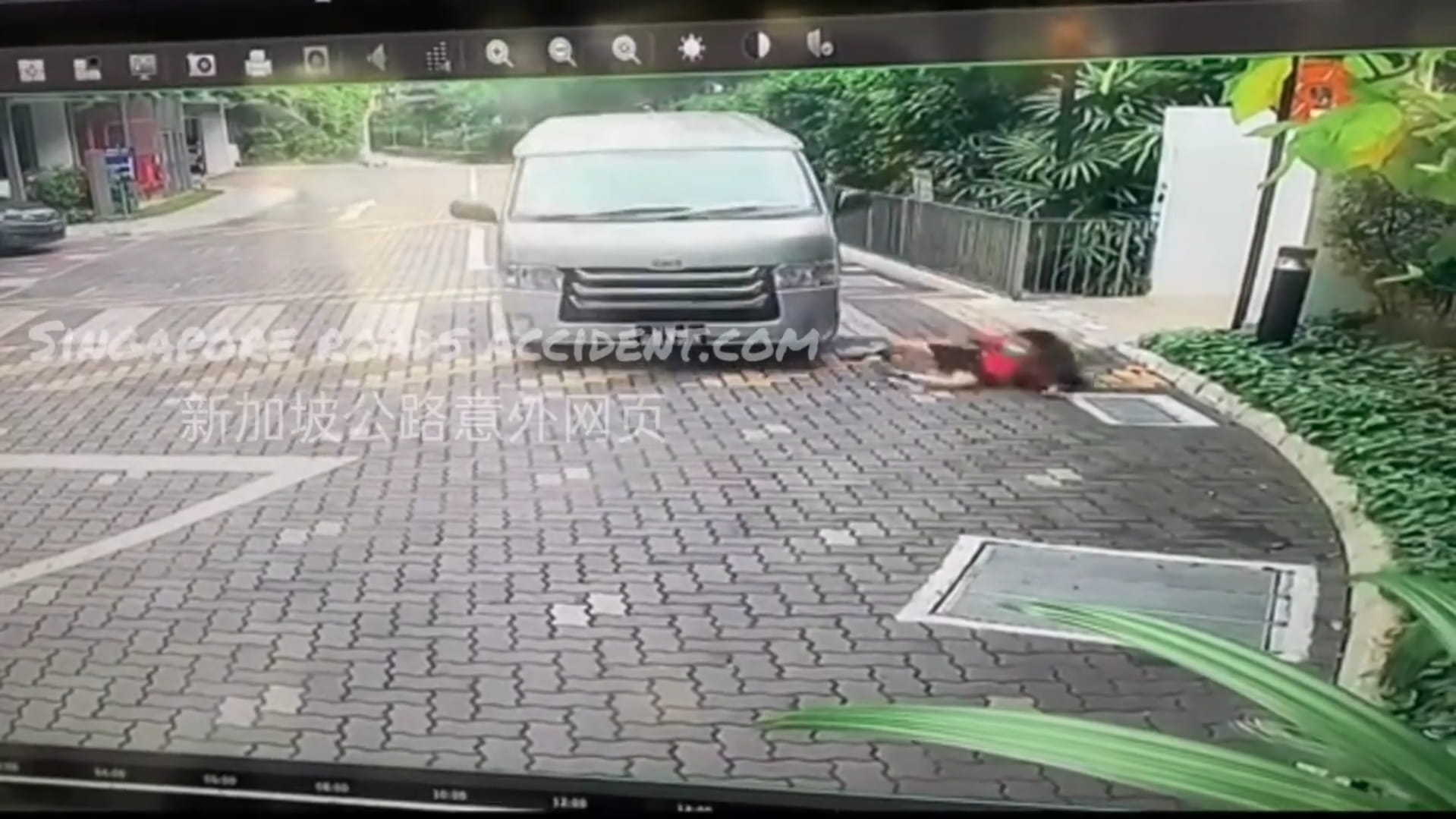 For a moment, he looks as if he’s about to make a move in the direction he originally came running from, but stops the moment the driver alights from his vehicle.

Funnily enough, the driver frantically checks for any damage to the vehicle first, before turning to the boy and checking if he’s alright.

The video subsequently ends without any clear conclusion as to how the situation ended.

Driver criticised for not stopping

While the schoolboy drew some criticisms for running across the road, much of the heat was on the van driver, who failed to slow down at the stop line.

This was despite the fact that there was also a hump right in front of it.

The Land Transport Authority’s (LTA) driving rules clearly indicate that drivers should stop to check the traffic situation at stop lines before driving off.

Slow down where necessary

Though this incident may not seem severe, it serves as a good reminder for all road users to slow down where necessary.

We hope that the schoolboy is okay and did not sustain any serious injuries.

We also hope that the van driver will remember to slow down when approaching stop lines and crossings.