S’porean Helps Sick Elderly Man Get Home, Finds Out He Usually Sits Outside Without Food 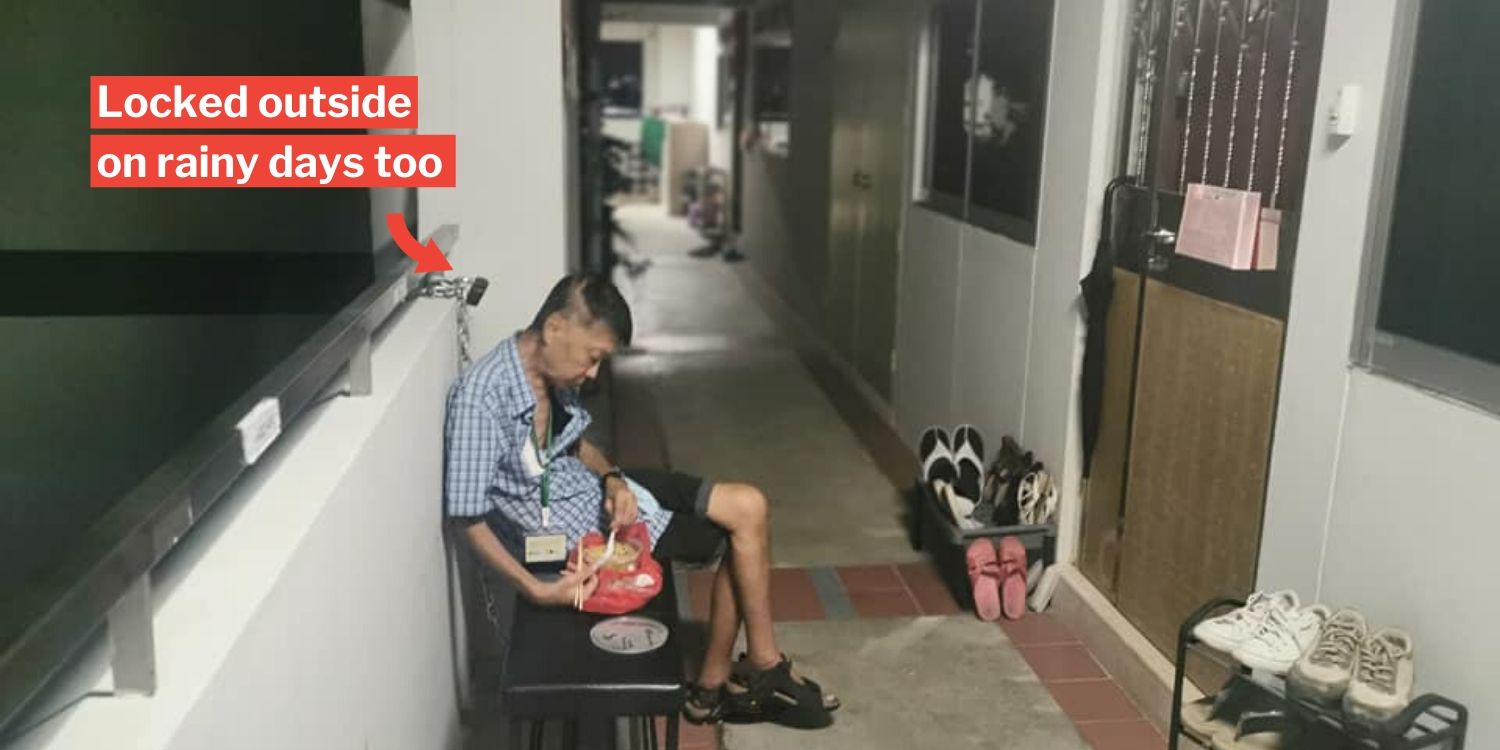 Neighbours see him locked outside regularly.

When Facebook user Mr Tan spotted a limping uncle at Circuit Road market, he knew he had to lend a helping hand.

After buying him a meal, Mr Tan kindly sent the elderly man to his doorstep but found out he has no keys to enter his home.

It seems that this is a typical occurrence, as neighbours frequently spot the sick uncle sitting on the corridor, locked out by his wife. 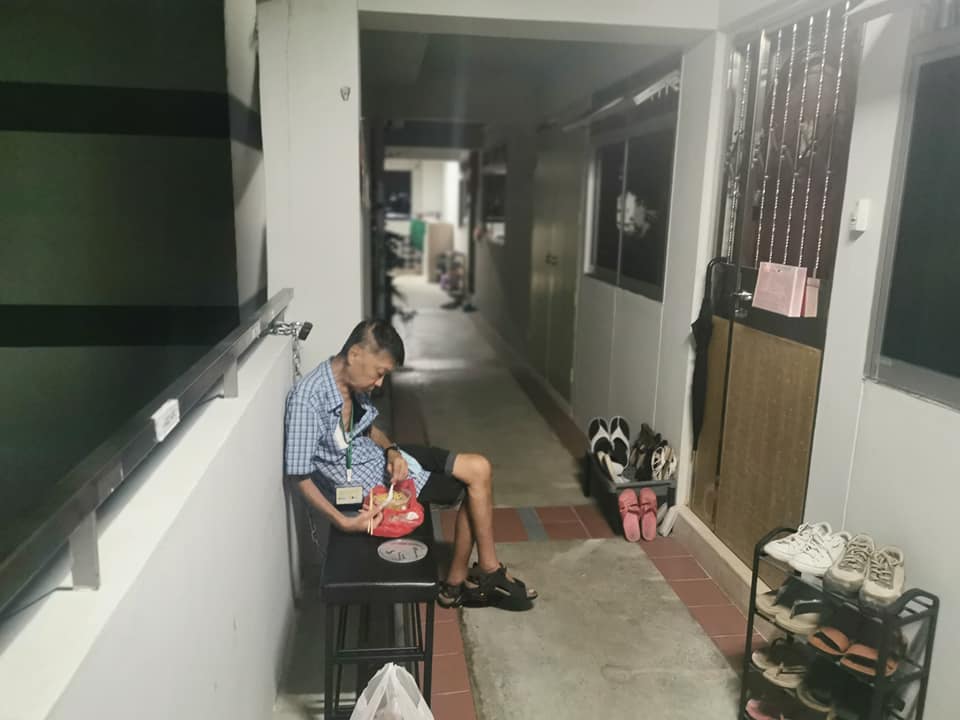 Mr Tan is hence seeking help from authorities and Singaporeans, to alleviate the uncle’s situation.

Mr Tan was on the way to Circuit Road market to dabao dinner at around 8pm, according to his Facebook post on Tuesday (28 Apr), when he saw this elderly man. 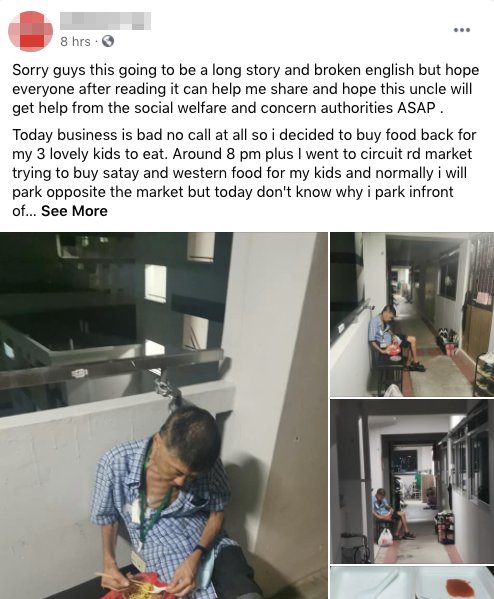 He was apparently gasping for breath while limping towards the market, holding on to cars for support.

Seeing the uncle struggling, Mr Tan decided to treat the uncle to a bowl of prawn mee and drive him back to his home near Kaki Bukit.

On the way, the uncle shared about his kidney condition that necessitated dialysis sessions. Knowing this, Mr Tan felt sad seeing the uncle walking home with evident breathing difficulties. 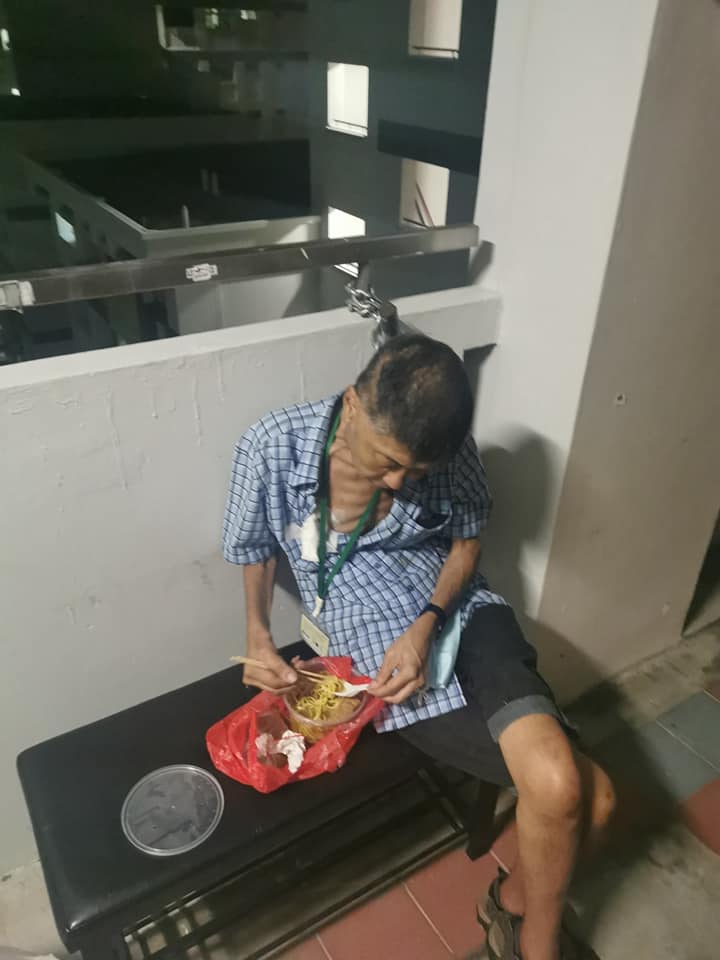 Wife locks him out with empty stomach

When the duo finally reached the flat, it was shocking that no one came out to greet the uncle. To make matters worse, he had no house keys or phone with him.

According to Mr Tan, the elderly man’s wife allegedly leaves him sitting on a chair on the corridor while she is sleeping or running errands outside.

Hence, the sick 70-year-old has to wait for his wife to come home before he can rest indoors, often with an empty stomach.

Neighbours did try to help the elderly man

Apparently, this is not an isolated incident. In fact, neighbours often spot him there the entire day, until his wife is in a “good mood” to let him in.

He sometimes waits at the void deck or bus stop. Even on rainy days, the sick senior citizen is left drenched and cold at his doorstep. 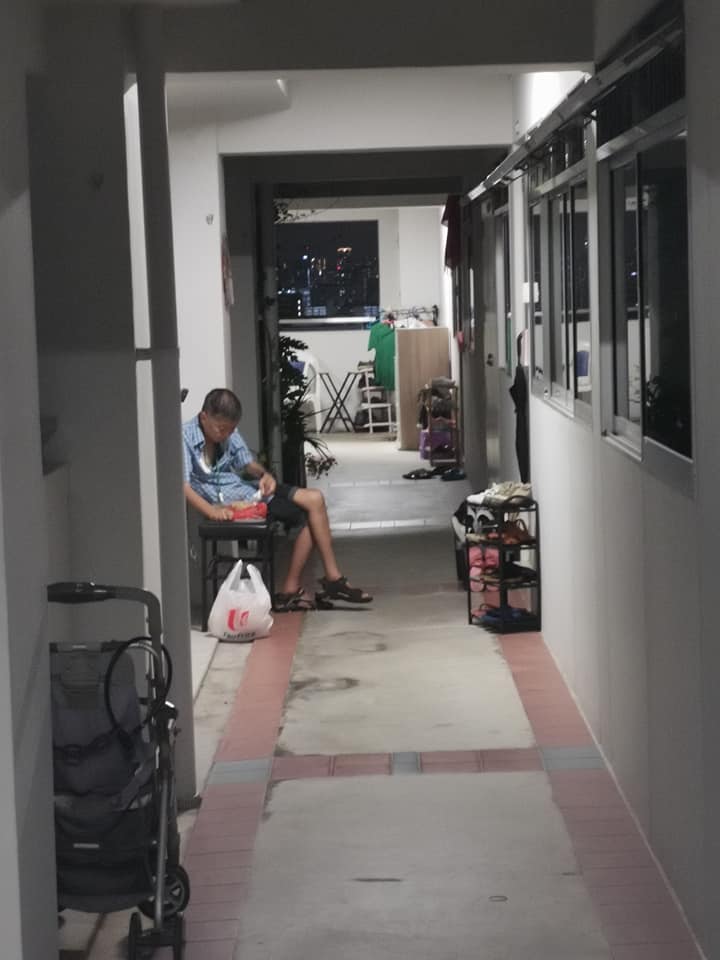 Perhaps the most jarring incident was when neighbours stepped in to help the elderly man clean up after he wet himself.

Sympathetic people did try to contact neighbourhood committees to aid the poor man. However, there seems to be little progress.

Out of sympathy, Mr Tan took to Facebook to share about the uncle’s plight, hoping to improve his living environment.

With the ‘Circuit Breaker’ in full swing, it is even more dangerous for the elderly man to be roaming about.

We hope that the authorities will send help ASAP and ensure he is protected during this critical period.