6 Game-Changing Singaporean Inventions That Have Made It Overseas 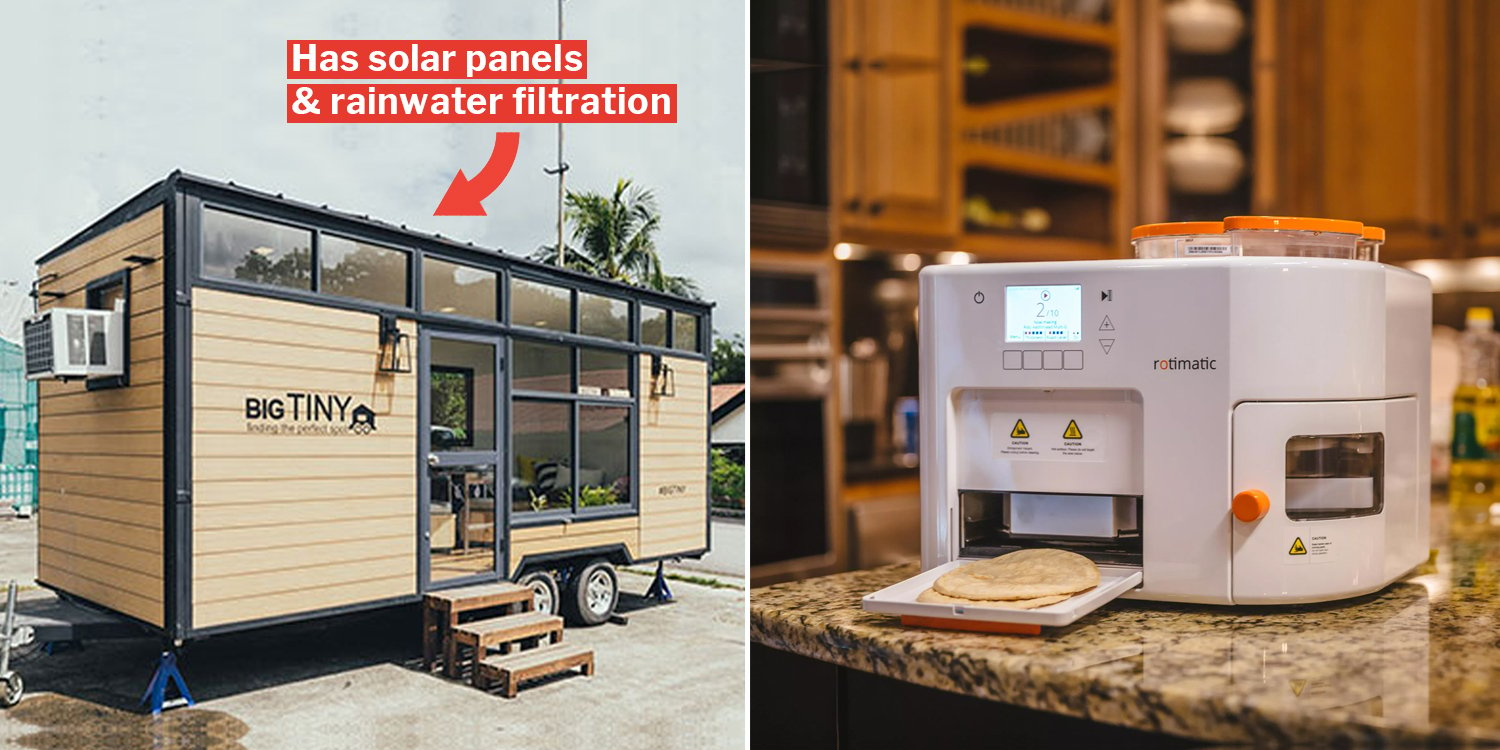 Maybe you’ve had a business idea swimming about in your mind for the longest time. But then you imagine how difficult and scary it must be starting a company from scratch — much less taking it overseas.

But some Singaporeans have shown that, with grit, passion and a bit of luck, it is possible. Razer, OSIM, Secretlab, just to name a few.

Below are 6 other companies, some still in their budding stages, that will hopefully inspire you to make that first bold move into the world of startups. At the heart of it, if there’s something you really want to do or create, stop deliberating, start doing.

In 2016, 37-year-old Adrian Chia was ‘recharging’ himself at a farm stay in Australia. Appreciating the otherworldly peace of the place, he decided that he was going to do something to introduce other Singaporeans to such a kind of holiday. 2 years of conceptualising, producing and leasing the mobile houses later, the company now has a presence in other countries like Malaysia, Hong Kong, Indonesia, Australia and New Zealand.

Since Big Tiny’s inception, the prototype house has morphed into various other kinds of designs. This one below is called Whispers. The first level comprises the living room, a kitchen and the toilet, while the second level is reserved for a wide spacious bed.

If these house on wheels tell us anything, it is that opportunities abound around us. All we need to do, as Adrian did, is to open our eyes and see. 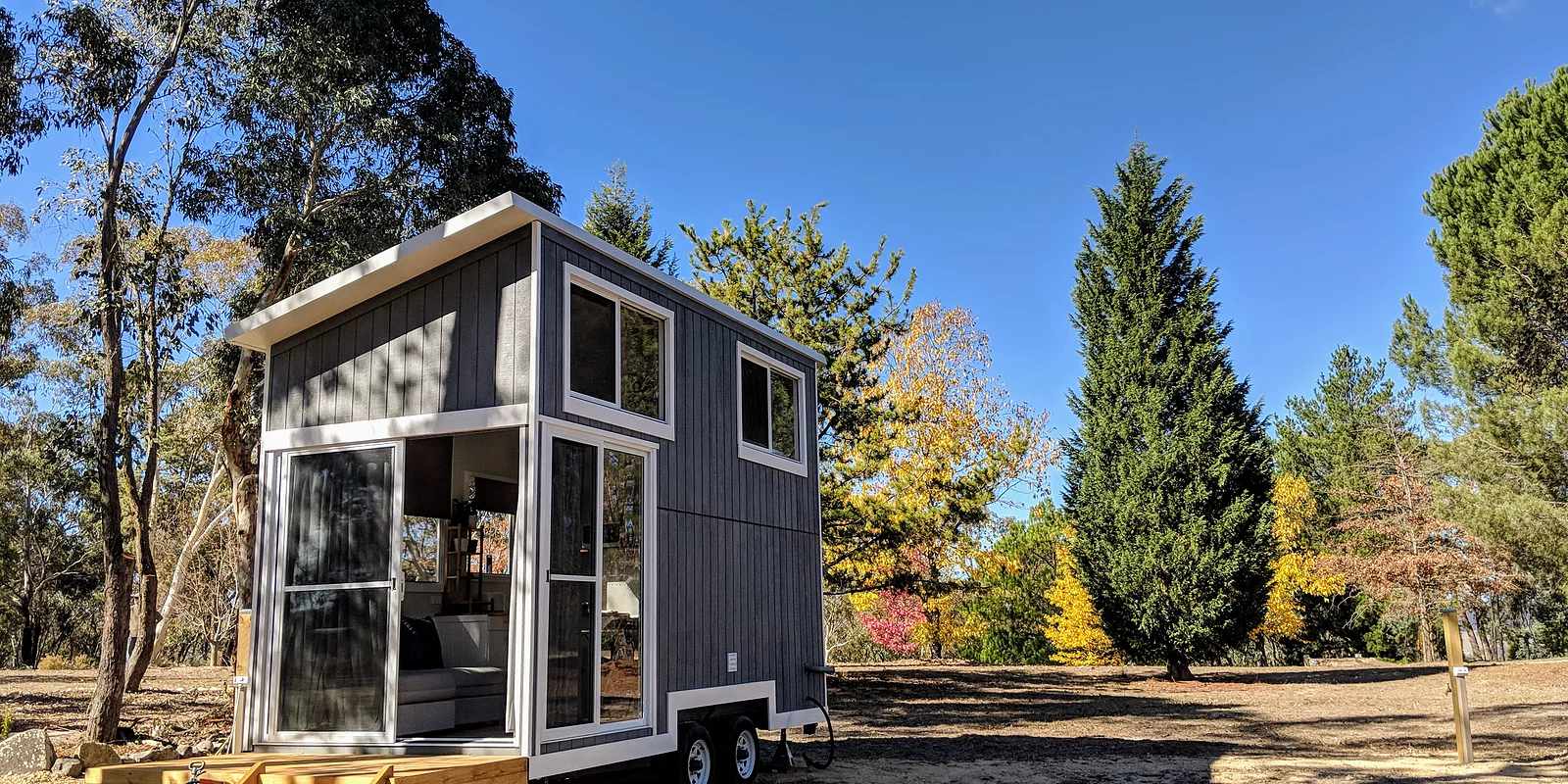 2. Zimplistic — A machine that ‘prints’ roti

Wait, a robot that makes what?

Yes, the future has arrived in the form of a measuring, mixing, kneading, flattening and puffing machine. All you have to do is put in the ingredients – flour, oil, water – and the machine, called Rotimatic, does the rest.

The company behind the machine, Zimplistic, was founded by Singaporean couple Mr Rishi and Ms Pranoti. It took them over 8 years of building and tweaking before they got to the final, printer-like product you can now buy off the market. Ever since, the product has been extremely successful, not only with consumers but also with investors. In 2018, it had a revenue of about US$40 million and also managed to raise US$30 million in funding from investors.

From their humble beginnings, Zimplistic now ships their flagship roti-making machine to more than 10 countries including those in Europe and the Middle East. 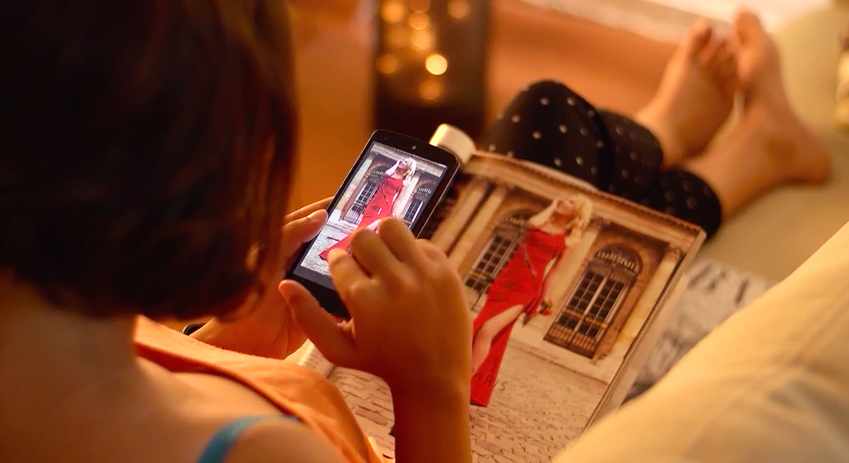 You hear a song playing in a mall, you like it, you ‘Shazam’ it. But what about clothes?

ViSenze CEO Oliver Tan wanted to answer that question with his company’s technology. The principle is the same. You point and shoot, upload the image and the app matches it to clothing online.

Since the company’s founding in 2012, ViSenze has partnered with huge names like Zalora, Uniqlo and Reebonz — allowing customers to find that blouse or denim jacket with a single snap instead of having to scroll through all the pages. So far, the company has managed to raise about US$34.5 million through investors.

And given how e-commerce is continually expanding, the company’s future looks promising. In fact, Mr Tan hopes to expand the technology into other things apart from fashion, like furniture and jewelry. 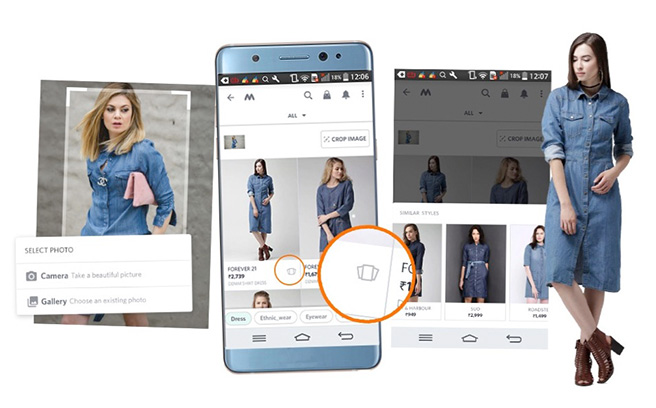 4. Igloohome — A smart lock for a smarter home 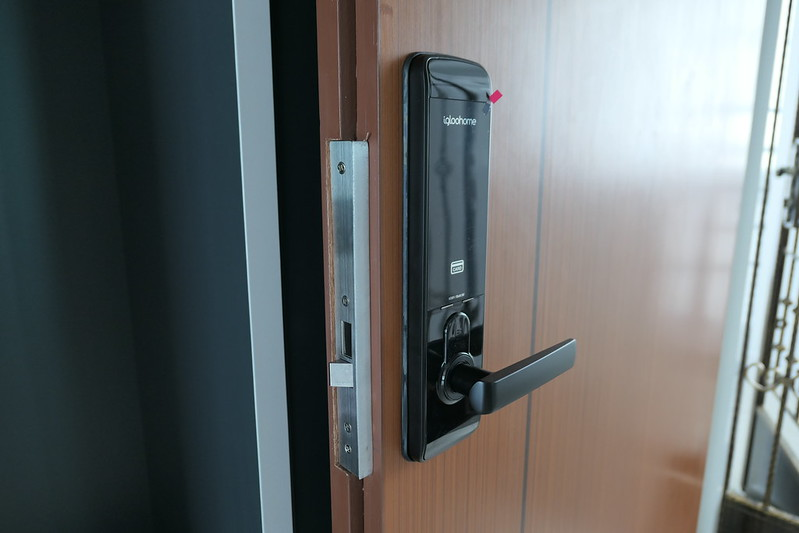 If you’ve booked an Airbnb before, you may have come across this. The owner of the house sends you a code and you use that code to unlock the smart lock to his/her home.

This what precisely what led Igloohome CEO and co-founder to build a prototype smart lock. Back in 2015, the smart home industry was just gaining traction, and he and his partners were big fans of Airbnb stays. The only problem was that they sometimes found it troublesome to arrange their arrival timings such that the host could open the gate or door for them.

That’s where a smart lock comes into play. Think of it as a lock where the key is digital. This way, not only will you never have to worry about bringing your key out, but also gives you the convenience of sending it to guests. 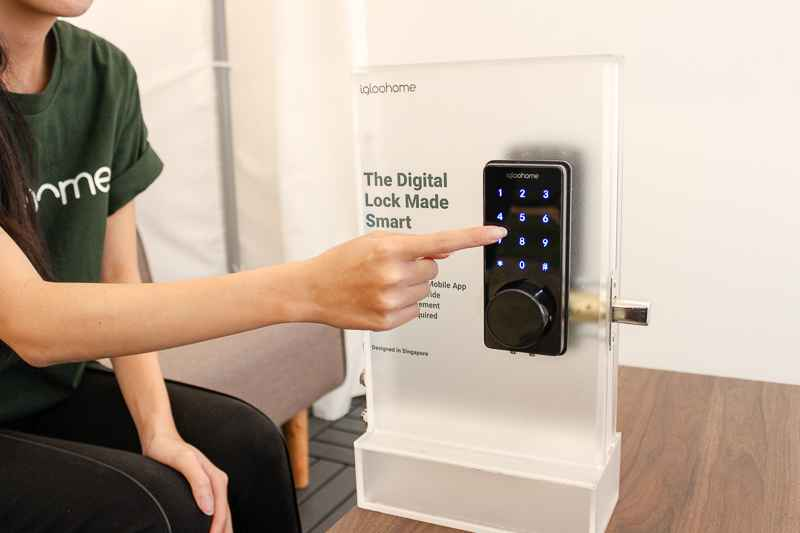 The company now ships its smart locks to over 80 countries in Asia Pacific and the US. Earlier this year, it received a fresh $15 million wave of funding from several venture capitalists. 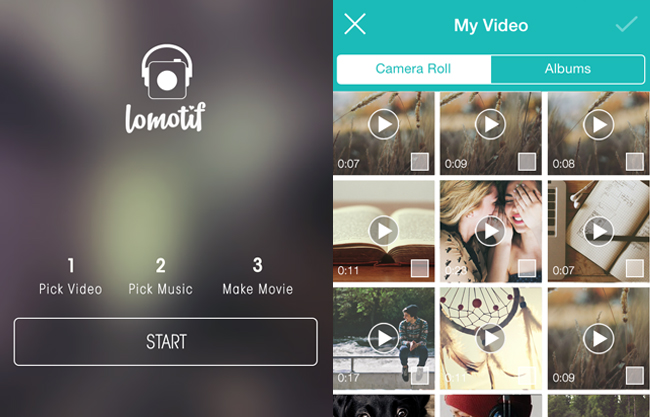 Admit it, we’ve all, at least once, imagined ourselves being in a music video when we are plugged into our favourite song while on-the-go.

Like most business beginnings, the road to the top wasn’t easy. Back then, Mr Yang and his co-founder ran a videography company that was doing quite well. But he wanted to do something more. He knew San Francisco was the place to be for tech startups and so that was where he went.

After 2 and a half years of couchsurfing in that foreign land, the app finally gained substance and took off. It was one he had never regretted. It currently boasts 40 million users worldwide — with probably many, many more to come. 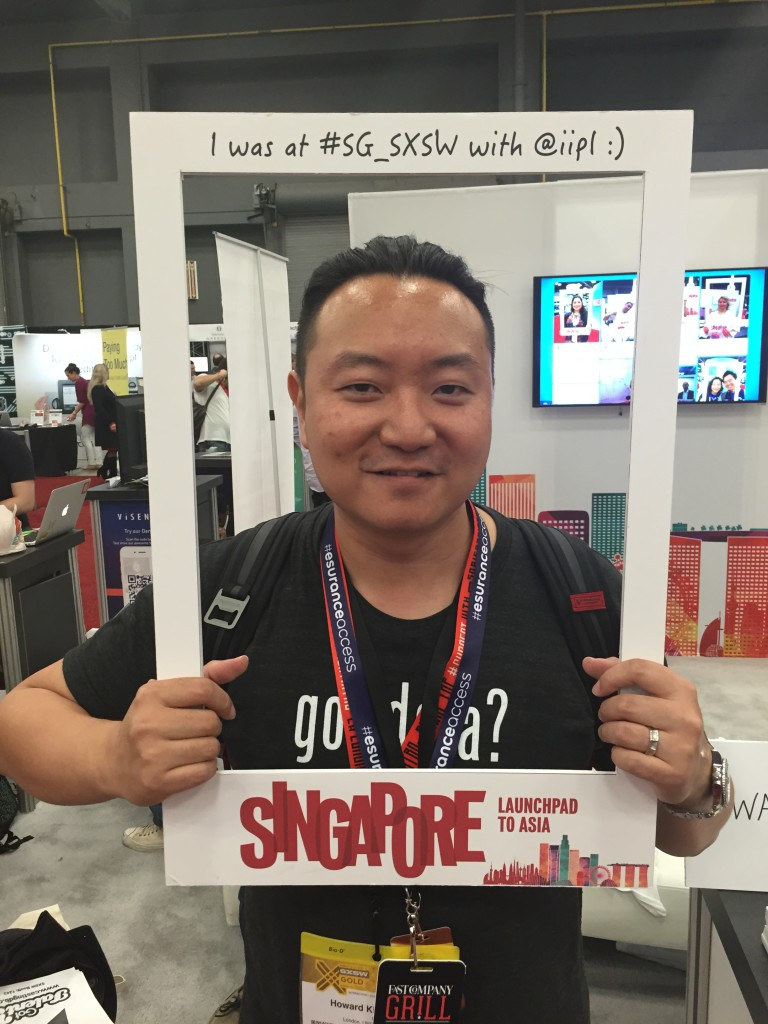 6. Carousell — The eBay of Southeast Asia 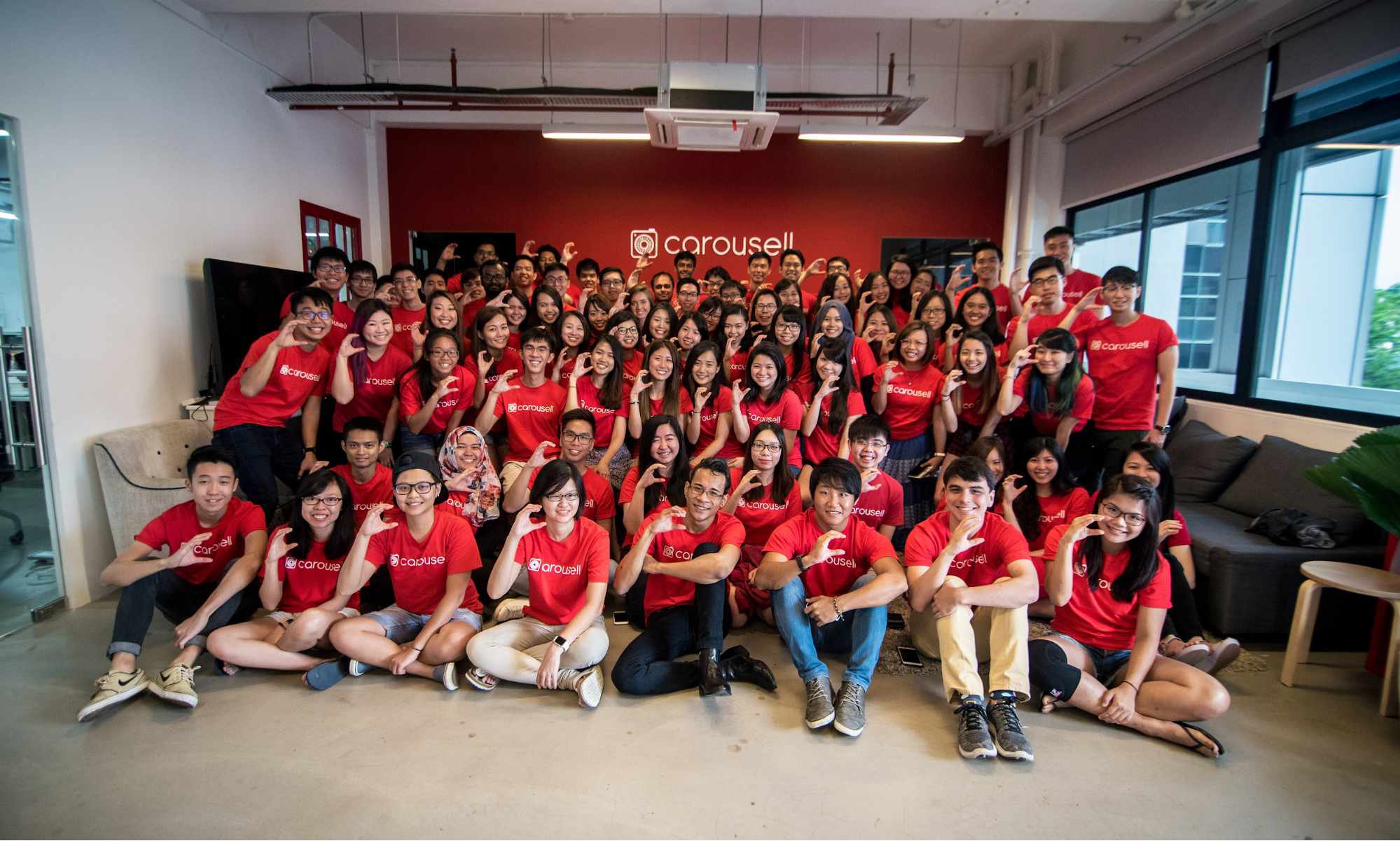 A few years ago, Carousell founder Mr Quek Siu Rui was offered US$100 million (S$138 million) for his company. But he said no — which turned out to be a pretty wise choice, because today the e-commerce site is worth an estimated US$550 million (S$761 million).

The company was founded in 2012. Mr Quek and fellow co-founders Lucas Ngoo and Marcus Tan had thought of the idea after returning from an overseas school programme while in the National University of Singapore (NUS).

The beginning was not easy. For one, their parents weren’t happy that they were choosing to go into this risky startup business rather than find a well-paying corporate job. But a year later, the company gained traction in the market and everything paid off.

Carousell now has arms in regional countries like Australia, Hong Kong, Taiwan and Indonesia. As business blooms – it has almost become ubiquitous in Singapore – investors continue to flock to the homegrown company, with one OLX Group recently putting in US$56 million in funding.

Fueling your ambitions of owning a business

While starting a business and working on your product is exciting, you’ll first need to ensure you have enough capital — maybe to rent a working space or hire people to help you with aspects you may not be familiar with.

One way to go about securing capital is to take up a loan. Think of a loan as a helping hand. It gives you that little extra needed to lift your business idea off the ground and into the air and fulfill your career dreams. HSBC Personal Loans could provide you with the funding you need to fuel your ambitions. Interest rates are low and applying for a loan is simple with a 1 minute approval in-principle. You will also enjoy a choice of fixed or flexible loan repayment schemes.

If there is something you are truly passionate about, and you are willing to work hard in taking it to the top, then this may just be the right path for you. Never be afraid to go down a road just because it is less travelled.

With dedication, persistence and a brush of luck, you’ll get somewhere eventually.

Find out how to fund your startup dreams with HSBC Personal Loans.

This post is brought to you in collaboration with HSBC Personal Loans.