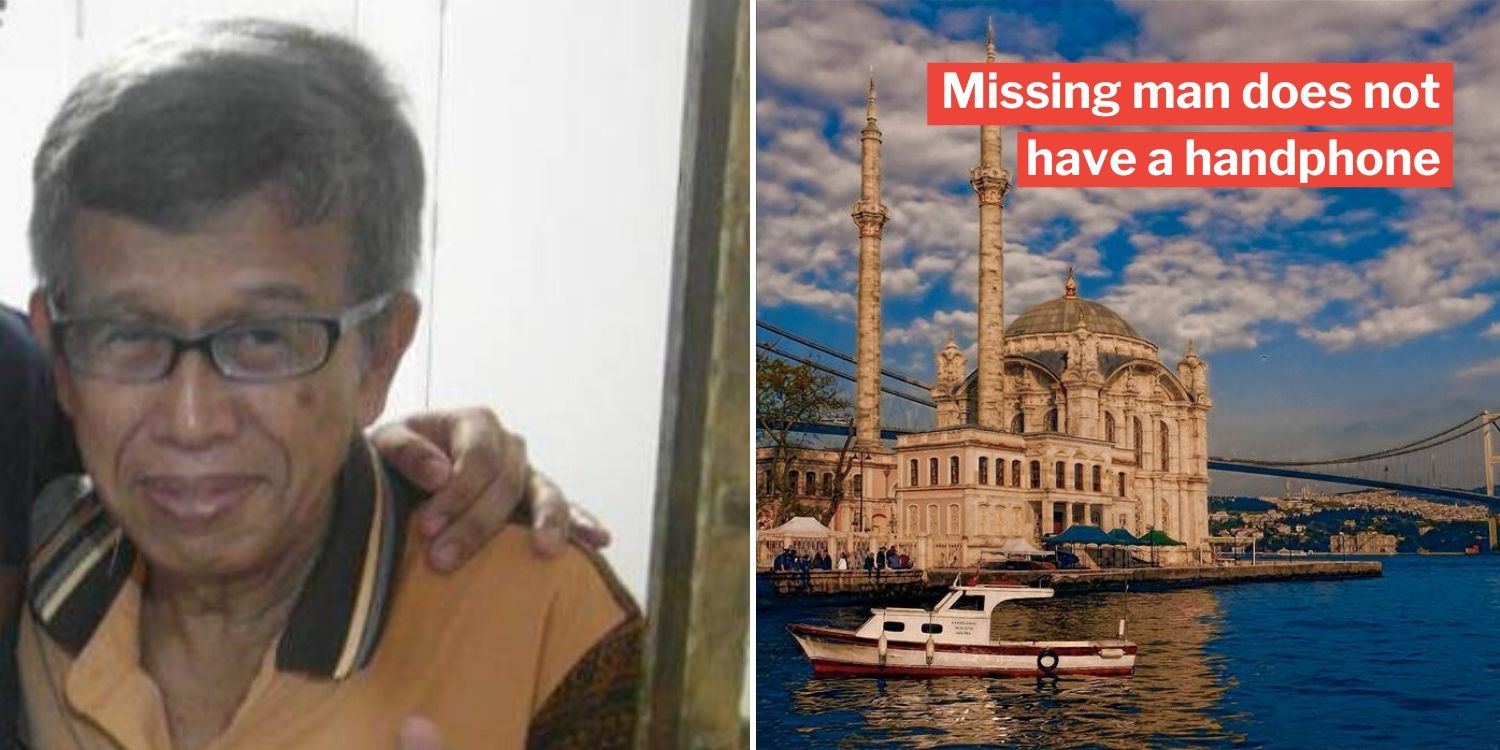 Elderly Man Was Supposed To Follow Tour Group To Turkey, But Missed His Flight

During these pandemic-threatened times, people want to know whether their loved ones are alright or not.

The loved ones of Mr Syed Hussein, however, must be in panic right now. They don’t know whether he is alright, as they haven’t heard from him for more than 2 weeks.

The only thing they know is that he is likely in Turkey.

A netizen who says he is Mr Syed Hussein’s nephew posted an urgent appeal on Facebook on Tuesday (31 Mar) morning. 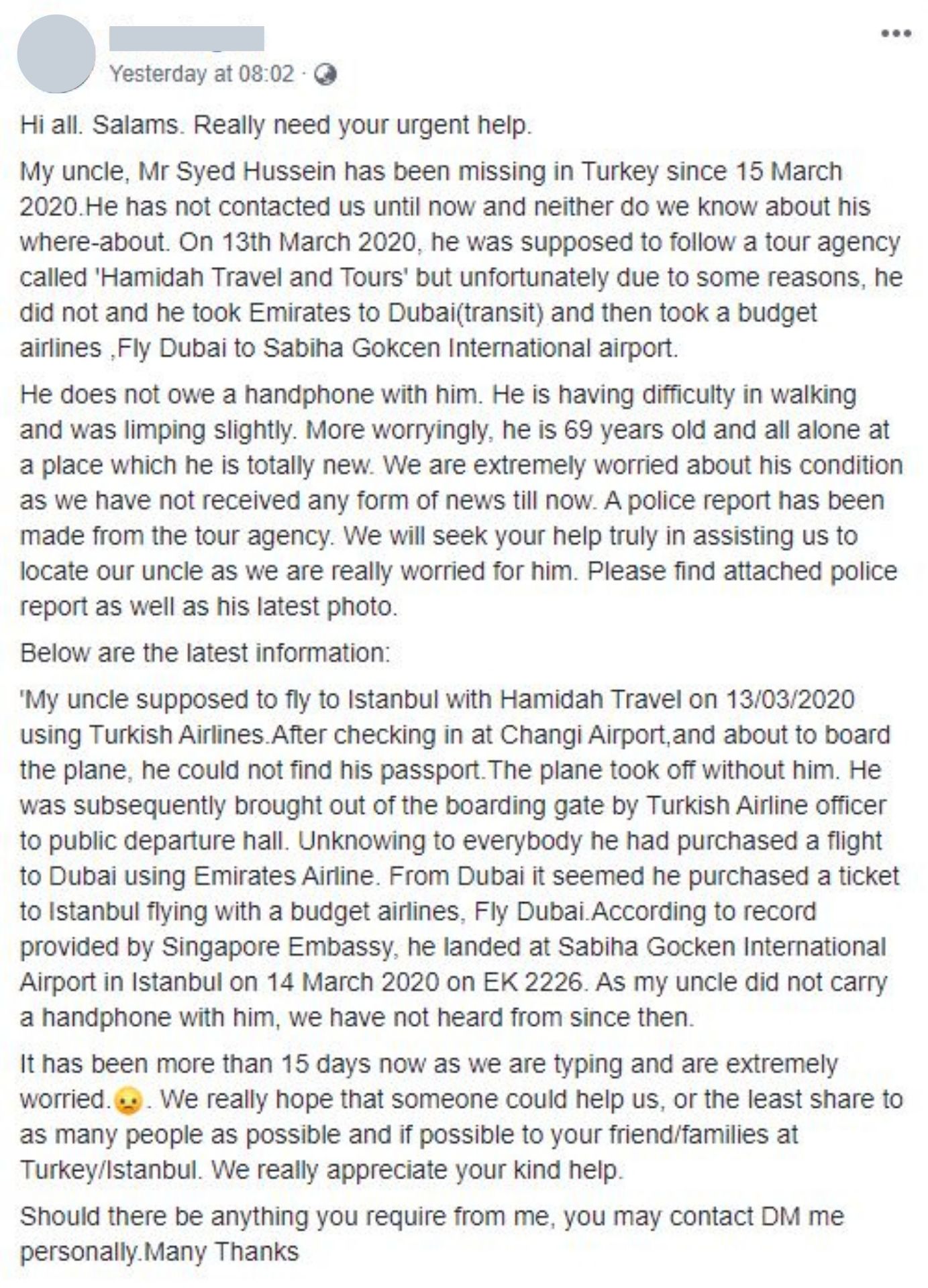 According to Mr Haro Angelo, his uncle was supposed to travel to Turkey with Hamidah Travel and Tours. 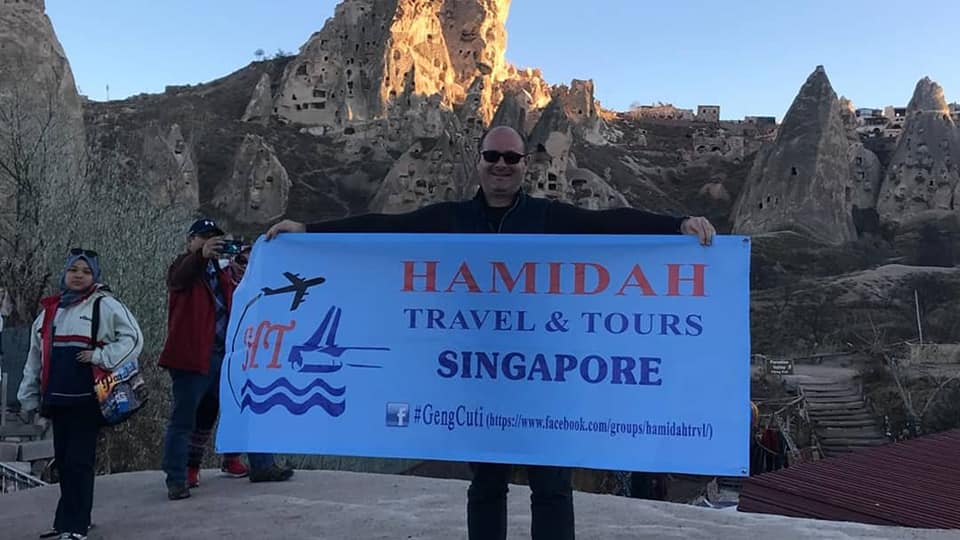 Missed his flight as he could not find his passport

However, just as Mr Syed Hussein was about to board his Turkish Airlines flight on 13 Mar, he could not find his passport.

The plane took off without him, and the Turkish Airlines officer brought him back to the public departure hall, said his nephew.

Flew to Istanbul with different airlines

According to Mr Haro Angelo, nobody knew that his uncle then bought a new flight ticket to Dubai on Emirates. 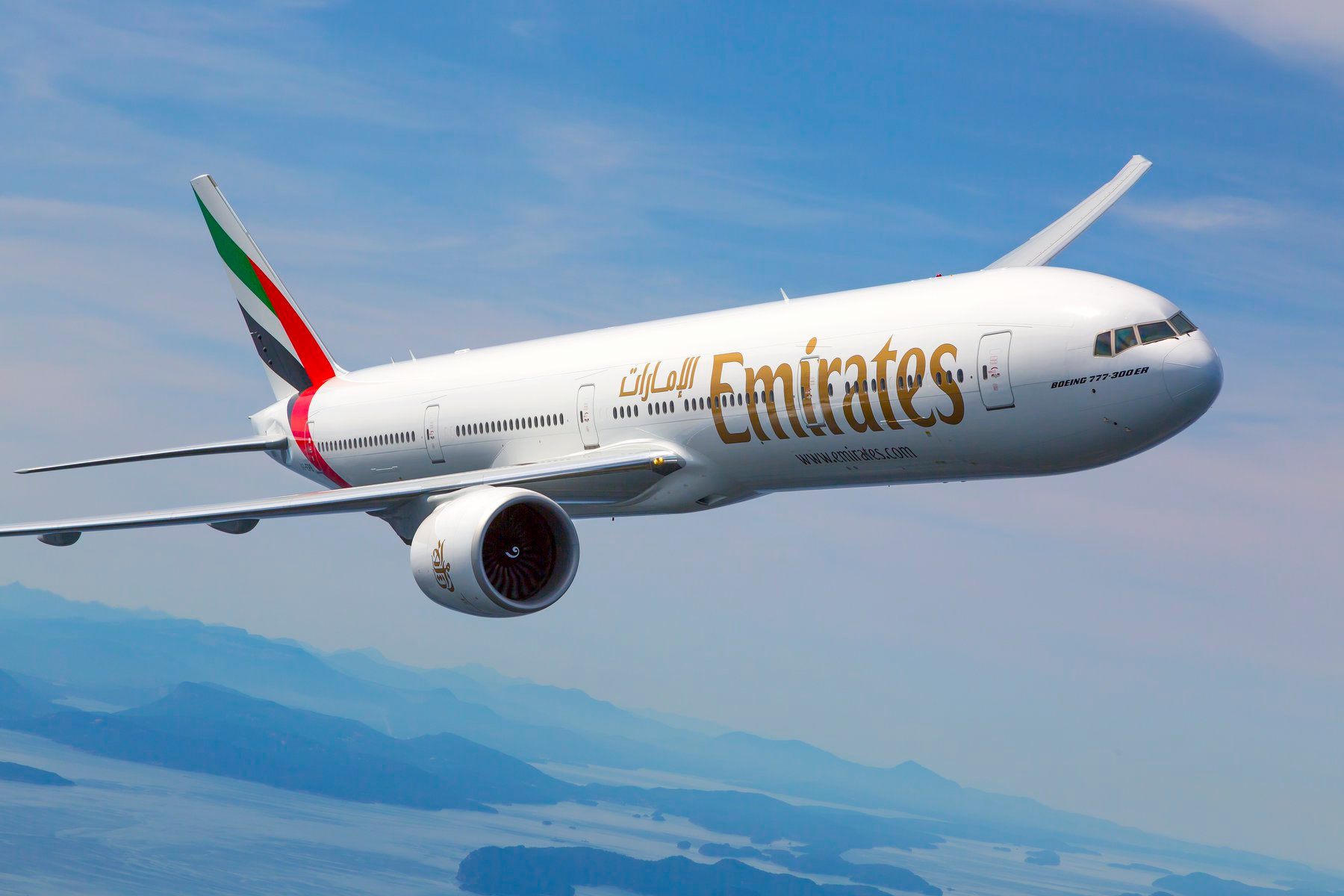 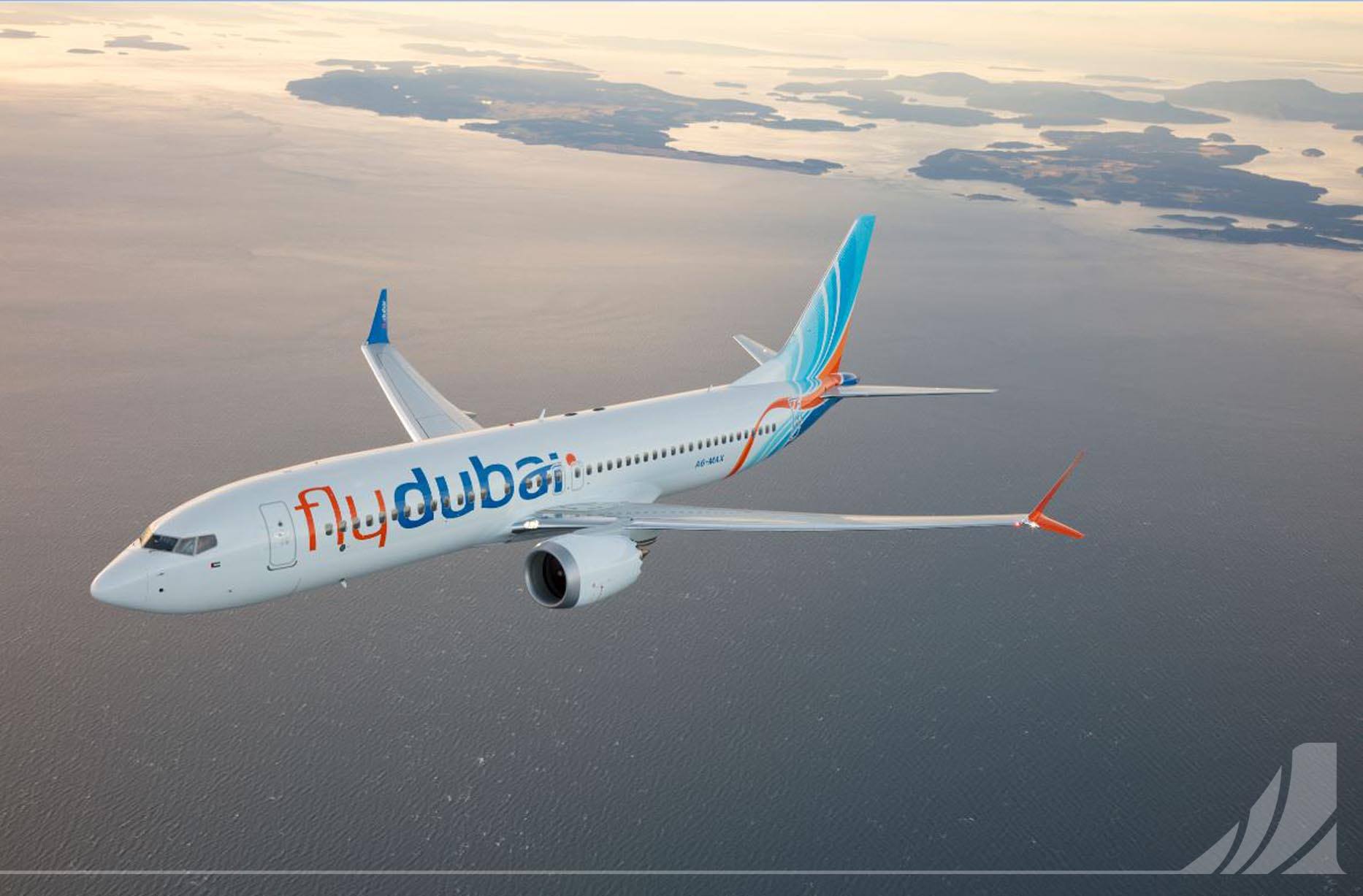 He then landed at Istanbul’s Sabiha Gocken International Airport on 14 Mar, said his nephew, quoting a record provided by the Singapore Embassy.

Police report made by travel agent soon after he went missing

As for the travel agency, it made a police report on 14 Mar, soon after Mr Syed Hussein went missing. According to the police report, the tour agent discovered that Mr Syed Hussein was missing when he couldn’t find him in Istanbul Airport.

Turkish Airlines in Istanbul then told him that he did not board the flight.

Relatives have many reasons to be extremely worried

Nothing else has been heard about Mr Syed Hussein’s whereabouts since.

Understandably, his loved ones are extremely worried, as they have not heard anything about him for more than 15 days.

Their worries have been compounded by the fact that:

Mr Haro Angelo was thus desperate enough to send out an appeal via Facebook, in case anybody knows anything about his uncle’s whereabouts.

Missing in a foreign land

Having a relative go missing in a foreign land is traumatic enough, we can’t imagine how scary it must be for his loved ones to have him go missing amid the Covid-19 outbreak.

We hope that Mr Syed Hussein will be found safe and sound, soon.