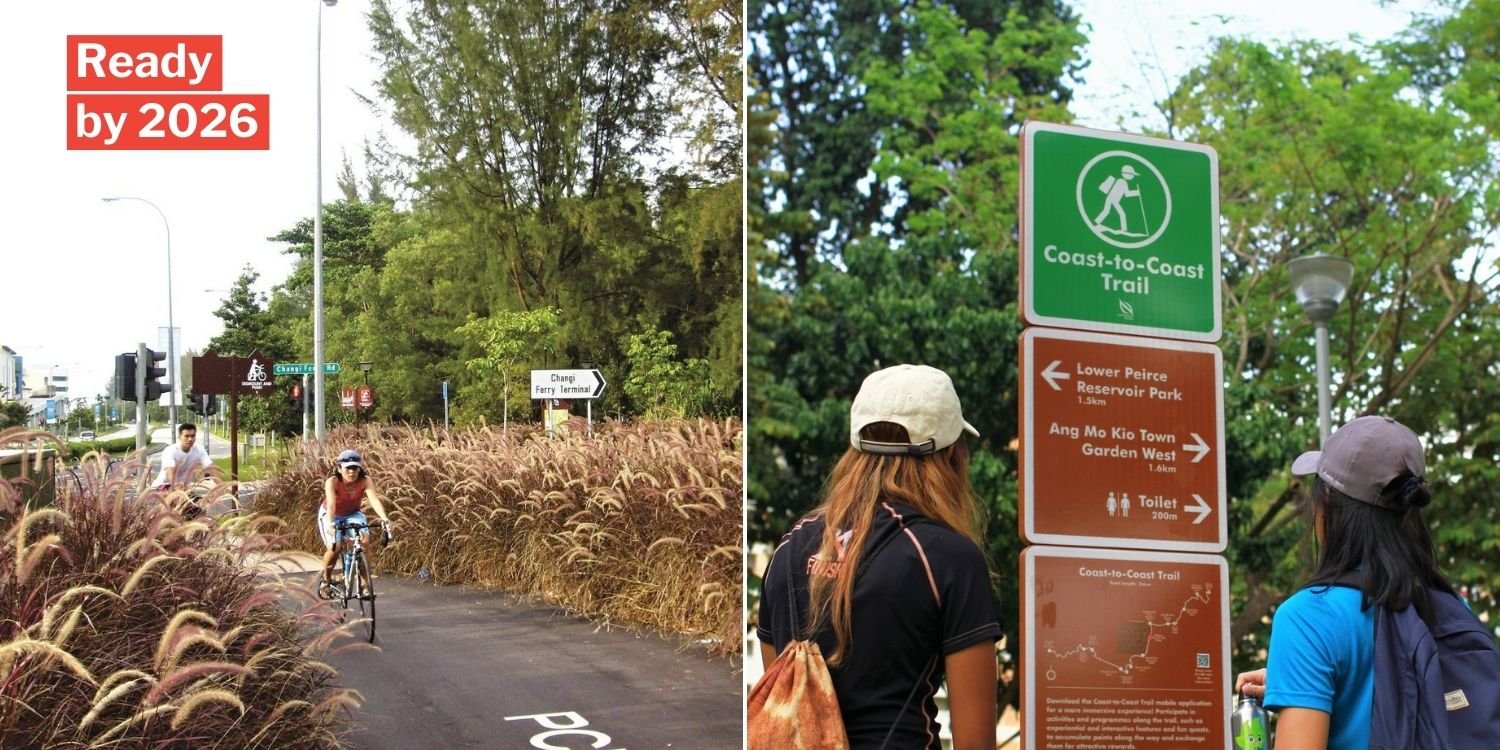 It'll be the longest trail to date.

Singapore To Have 4 More Nature Trails & New Parks By 2026

Other than the 36km Coast-to-Coast (C2C) trail from Jurong Lake to Coney Island, nature lovers will soon have 4 new nature trails to look forward to across Singapore. 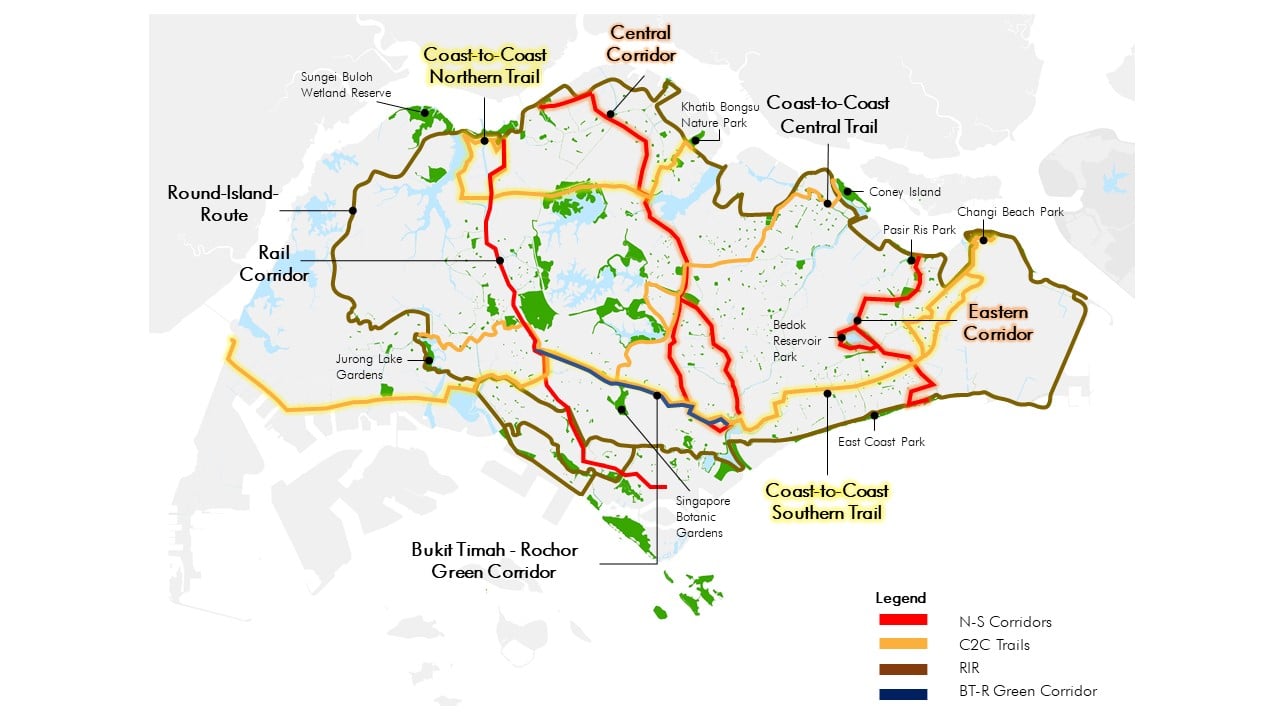 On Thursday (4 Mar), NParks announced on Facebook the addition of 130 hectares of new parks and 4 more recreational routes by 2026. 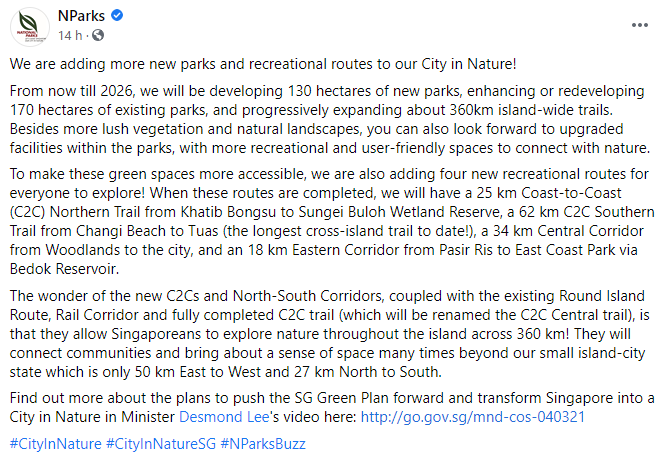 The routes include a 62km C2C trail from Changi Beach to Tuas, which will be the longest one to date.

As part of an initiative to transform Singapore to a “City in Nature”, NParks will develop 4 new recreational routes from now till 2026. 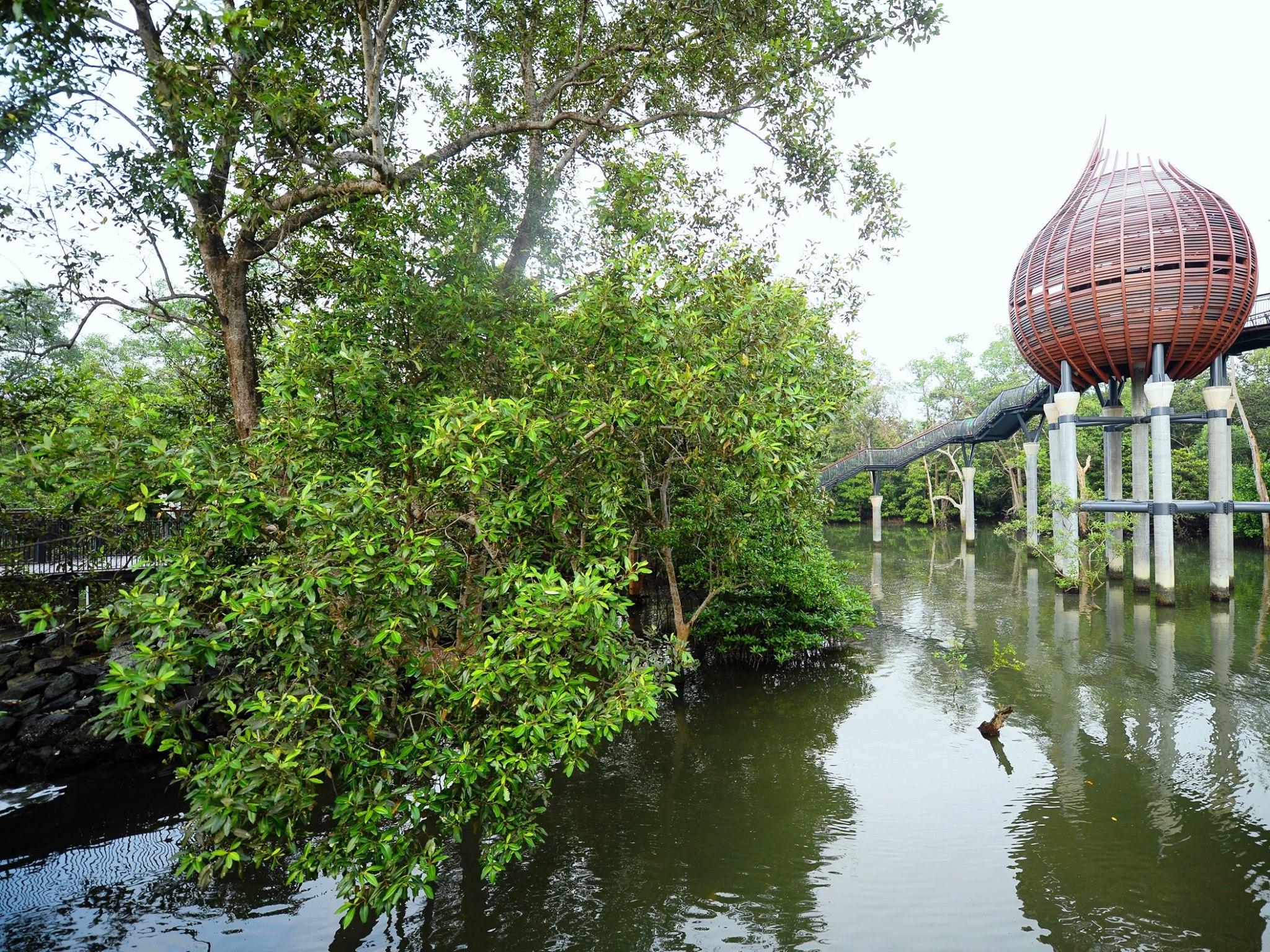 Hikers can also look forward to a 34km Central Corridor from Woodlands to the city, and an 18km Eastern Corridor from Pasir Ris to East Coast Park via Bedok Reservoir. 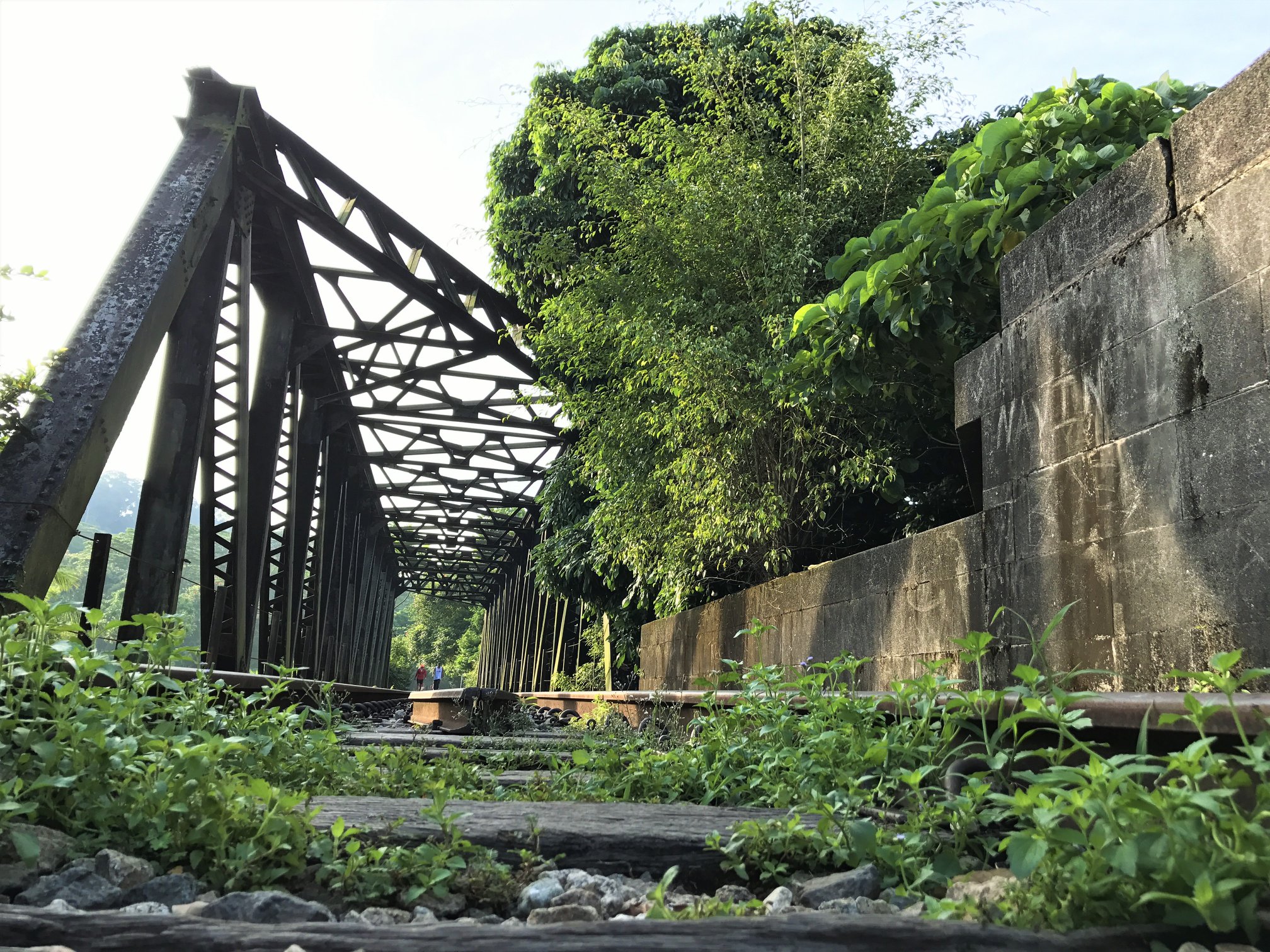 Once completed, all nature tails in Singapore will total to a whopping 360km, which is impressive given we are only 50km long and 27km wide.

Other than new nature trails, NParks also announced the development of 130 hectares of new parks which will be ready by 2026. 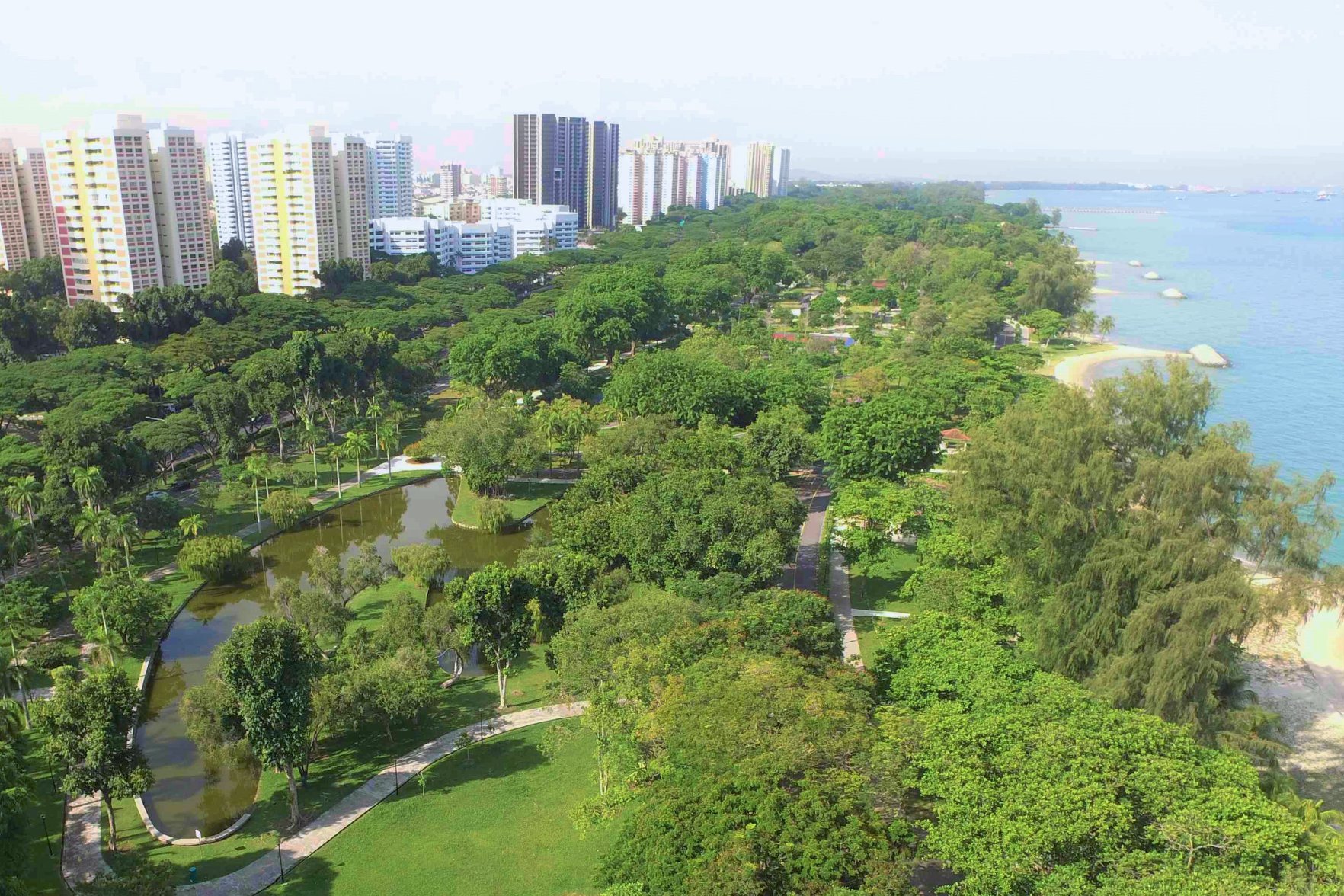 On top of new additions, 170 hectares of existing parks will undergo enhancement and redevelopment as well.

According to NParks, facilities within the parks will also be upgraded to become more recreational and user-friendly.

Soon, there’ll be more avenues for Singaporeans to unwind and connect with nature at home.

Tag your hiking kakis in the comments so they’ll know about the upcoming changes!