Times are rough when your media revenue has declined for 4 years straight and your staff have to find out from other media outlets that they’re getting retrenched. So now’s not the time to axe a profitable revenue stream that has been burning bridges for years! Keep the flames alive! Before we go into the recent Kathy Xu vs SPH story, here’s a classic from 2012 that will take you down memory lane. 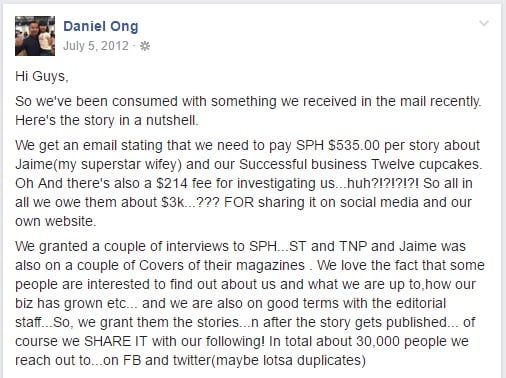 A small business owner, Kathy Xu, was served this heartwarming letter on 5th October 2016, in appreciation of the time she took to give SPH an interview. This was after she committed the treacherous crime of providing photos to SPH for the articles and sharing the article on her website. How dare she?! A disappointed Kathy Xu said: “Should really reconsider granting interviews to SPH channels again now if they are going to be so money grubbing after I shared openly and honestly about my journey and shared my photos willingly with them for the articles, to end up not being allowed to reshare them on my website. Goodwill broken and faith lost.”

Lesson To Be Learned

While we feel for Kathy, SPH is technically acting within their legal rights. It just comes off as absurd to most people for such a big company to demand payment like this, especially after the other party just did you a favour. Actions like these have contributed to SPH’s negative sentiment over the years. And any remuneration received will just end up being outweighed by the negative press generated. Or perhaps not. Maybe most people are scared to write about the letters received and just pay up, making this a very profitable revenue stream. Move aside “click-bait”, we now have the “interview-bait” strategy!

Maybe the people need a champion before the decision makers set new rules to stop silly demand notes like this being sent out. 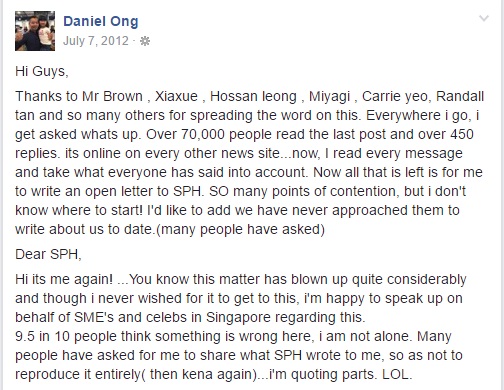 Well, guess that didn’t work. But hey look, even Adam Khoo chimed in on the recent Kathy saga.

Pay attention to the last line as that’s the most important takeaway from this. 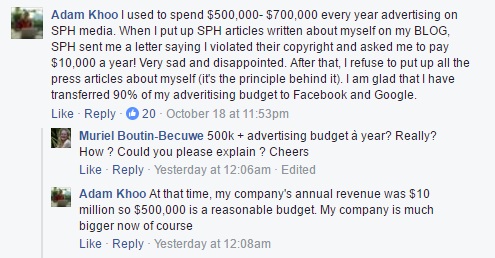 Thanks for reminding us Adam, you’re a champ and you also have a very big company.