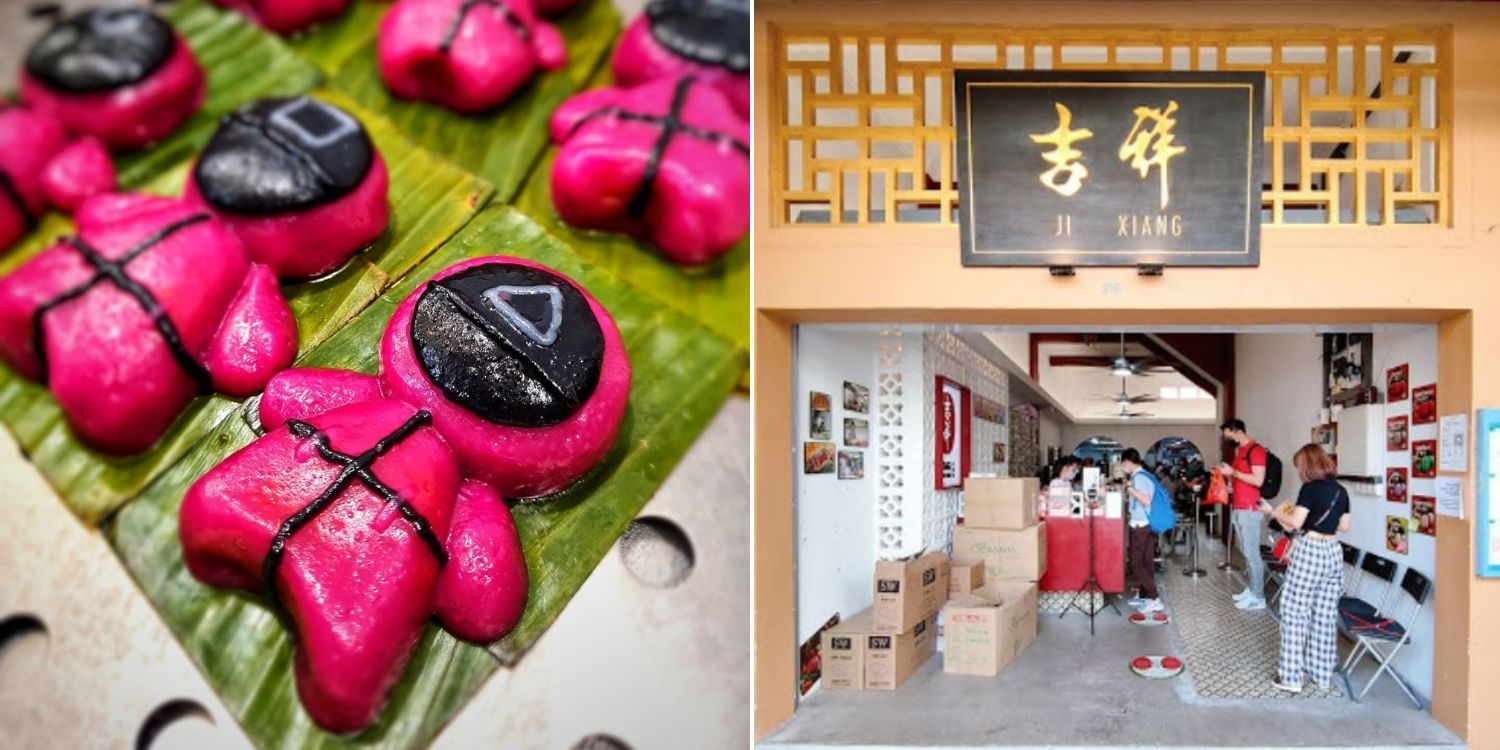 Netflix’s Squid Game series has taken the world by storm, and anything associated with the show has become a recognisable icon.

That includes the guards in their fuchsia hooded jumpsuits and black face masks.

So it’s inevitable that the craze has extended to food, with 1 Bugis confectionery making these delectable-looking ang ku kueh. 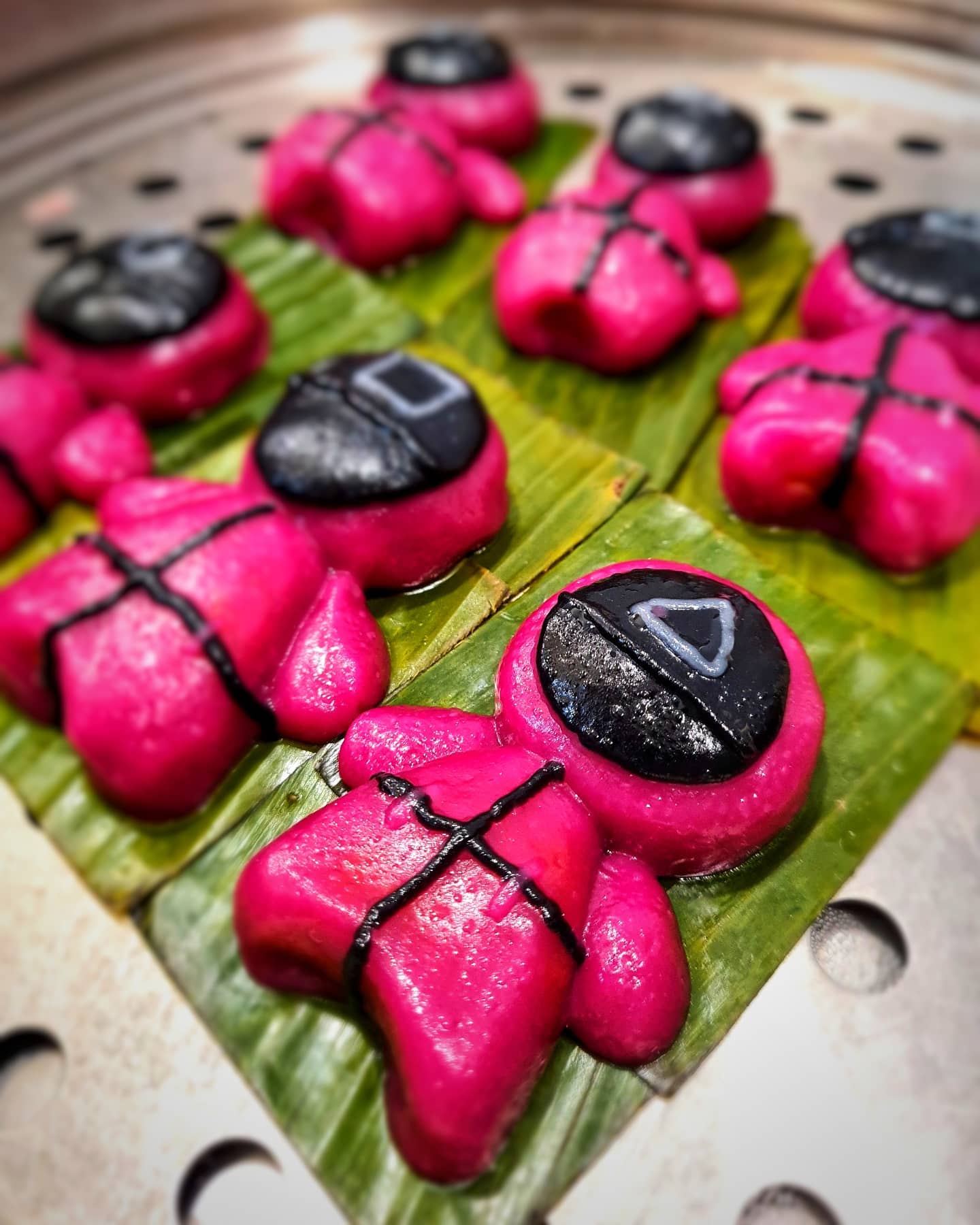 If you’re game to make them at home, they’re conducting a workshop on how to make these confections.

In a Facebook post on Friday (15 Oct), Ji Xiang Ang Ku Kueh said it has launched a new version of its existing ang ku kueh workshops.

The Squid Game Edition workshops are held twice a week at their Bugis store for 1 hour 45 minutes each time.

On Mondays or Saturdays from 3pm, participants will learn how to make the kuehs freehand, including wrapping, molding and filling them. 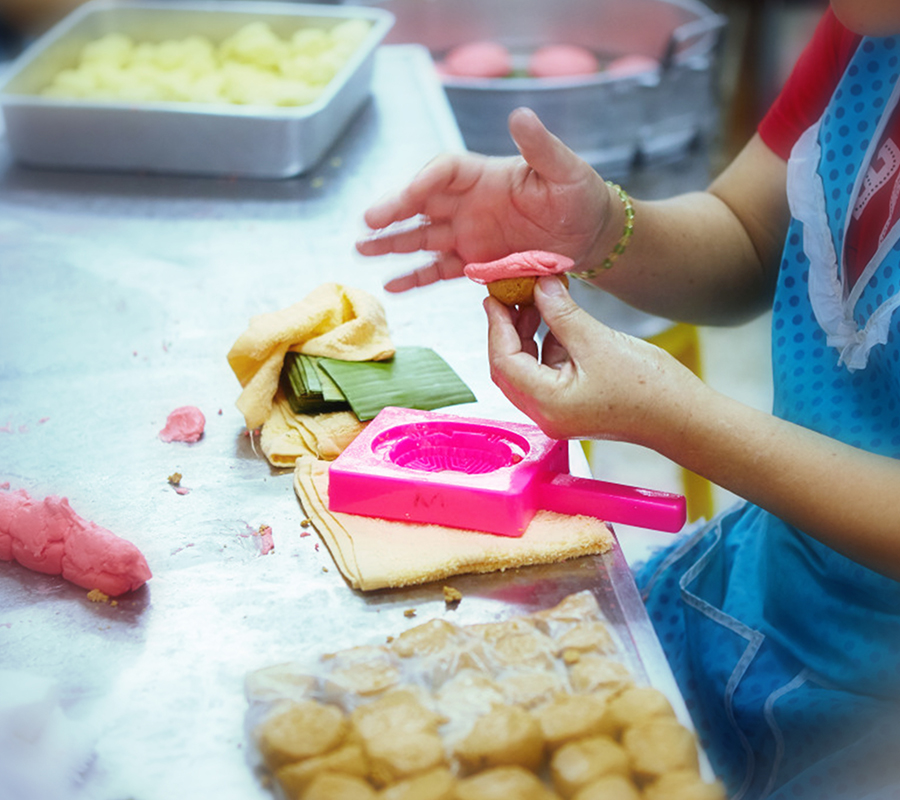 However, as the workshop is an advanced one, the shop highly recommends that students take their introductory class first.

They should also be aged above 7 years old.

As each class will have just 6 students (1 instructor to 3 students), do book early at their website or they may be gone quickly.

If you’ve not heard of them, Ji Xiang is an old-school confectionery known for their beautiful ang ku kueh designs made by hand.

Their flagship outlet is at 235 Victoria Street. 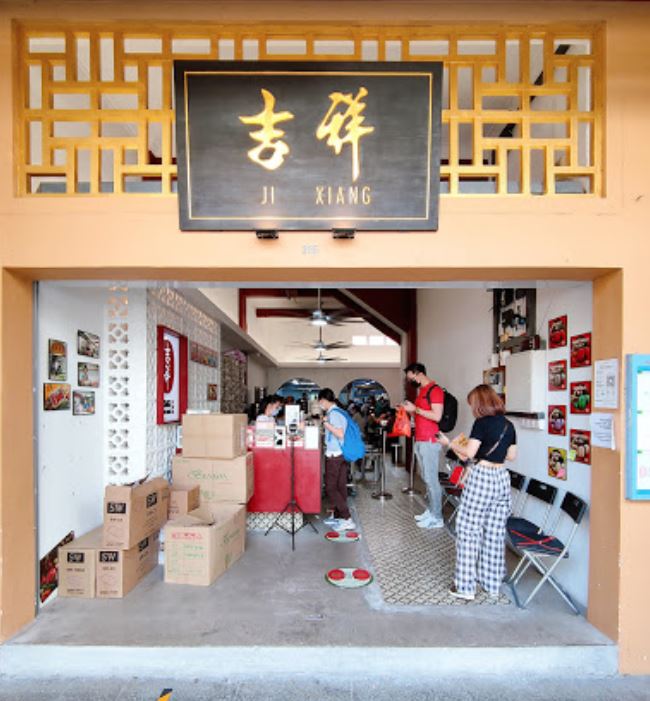 They also have another outlet at Everton Park.

Before the Squid Game ang ku kueh, they’d launched rainbow ang ku kueh that are priced at $3.50 each. You may also learn how to make them at their workshops. 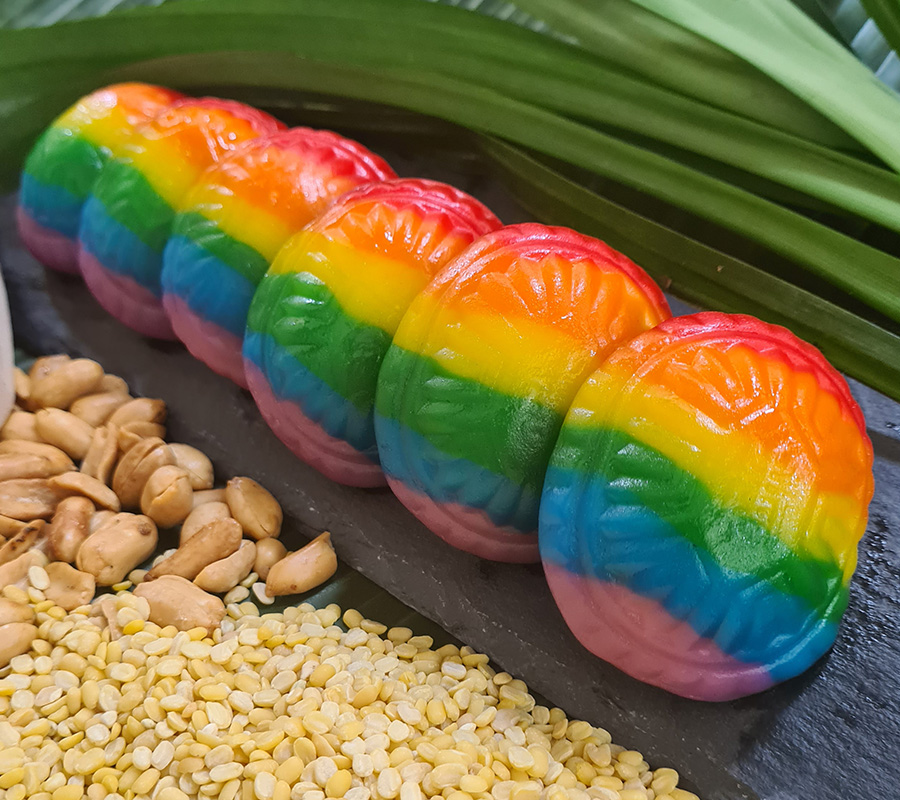 They also have more traditional-looking ang ku kueh in single colours that are no less vibrant.

Their Peanut ($1) is a favourite of EatBook‘s, with gritty peanut filling encased within a bright red rice flour skin.

Meanwhile, purists can opt for the Sweet Bean ($1) or Salted Bean ($1), which have the traditional mung bean fillings. 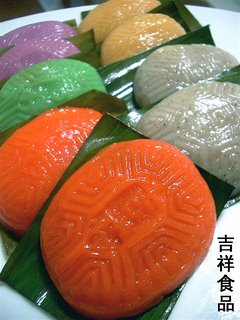 So if you’ve ever wanted to chomp down on a Squid Game guard, you may consider joining the workshop.

After you create them, you can give them their just desserts by biting their heads off.

We think that rather than have kids play ‘Red Light, Green Light’ in the neighbourhood, it’s better to indulge their Squid Game mania by giving them ang ku kueh to eat.