Squid Game Director Sold His Laptop For Money, Script Was Rejected For 10 Years 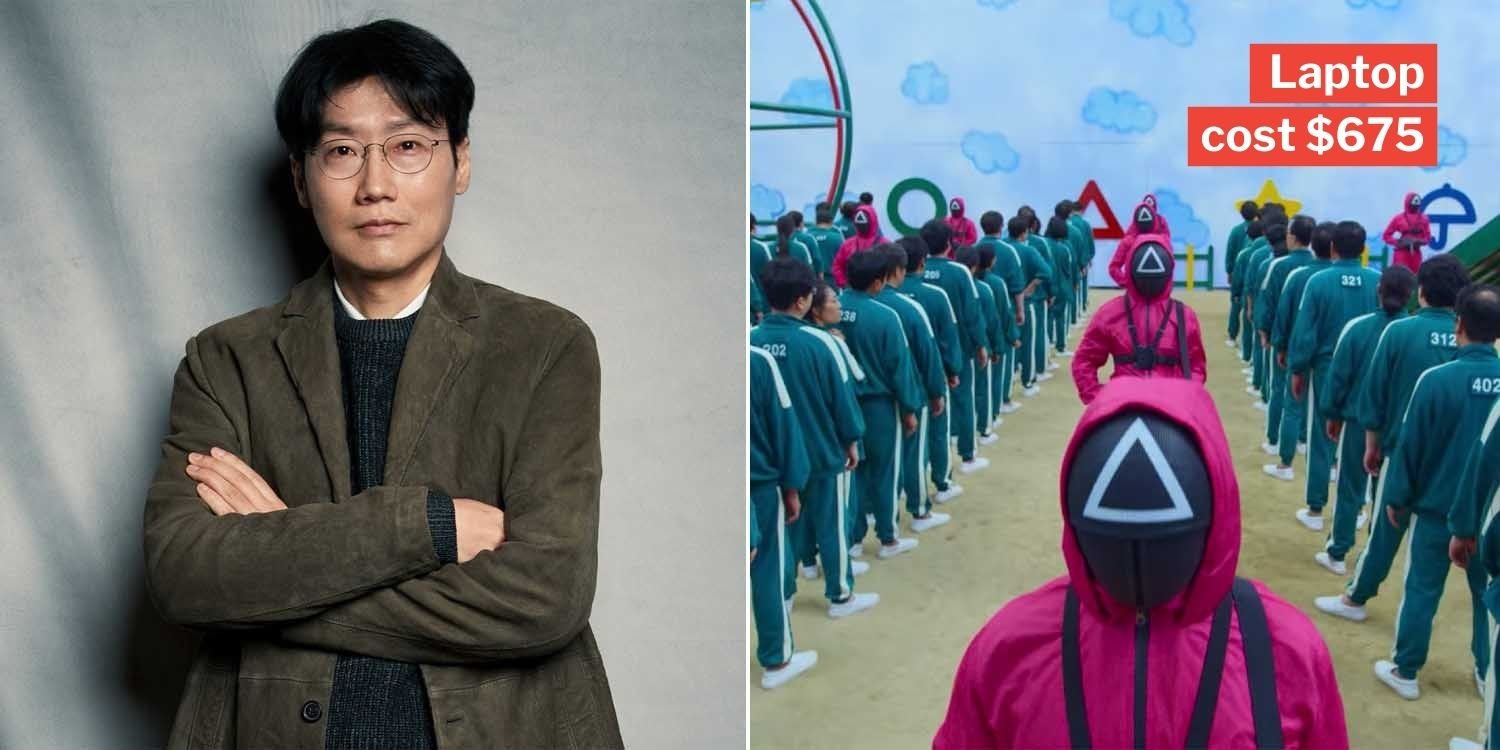 His very own rags to riches story.

Shortly after its debut, Korean drama Squid Game made waves globally and is now set to become Netflix’s most-watched show.

But behind the success of the dystopian film is over a decade of director Hwang Dong-Hyuk’s hard work, perseverance, and sacrifice.

According to The Numbers Game on Twitter, Hwang’s script for Squid Game was rejected by investors for 10 years before he finally caught a break with Netflix. 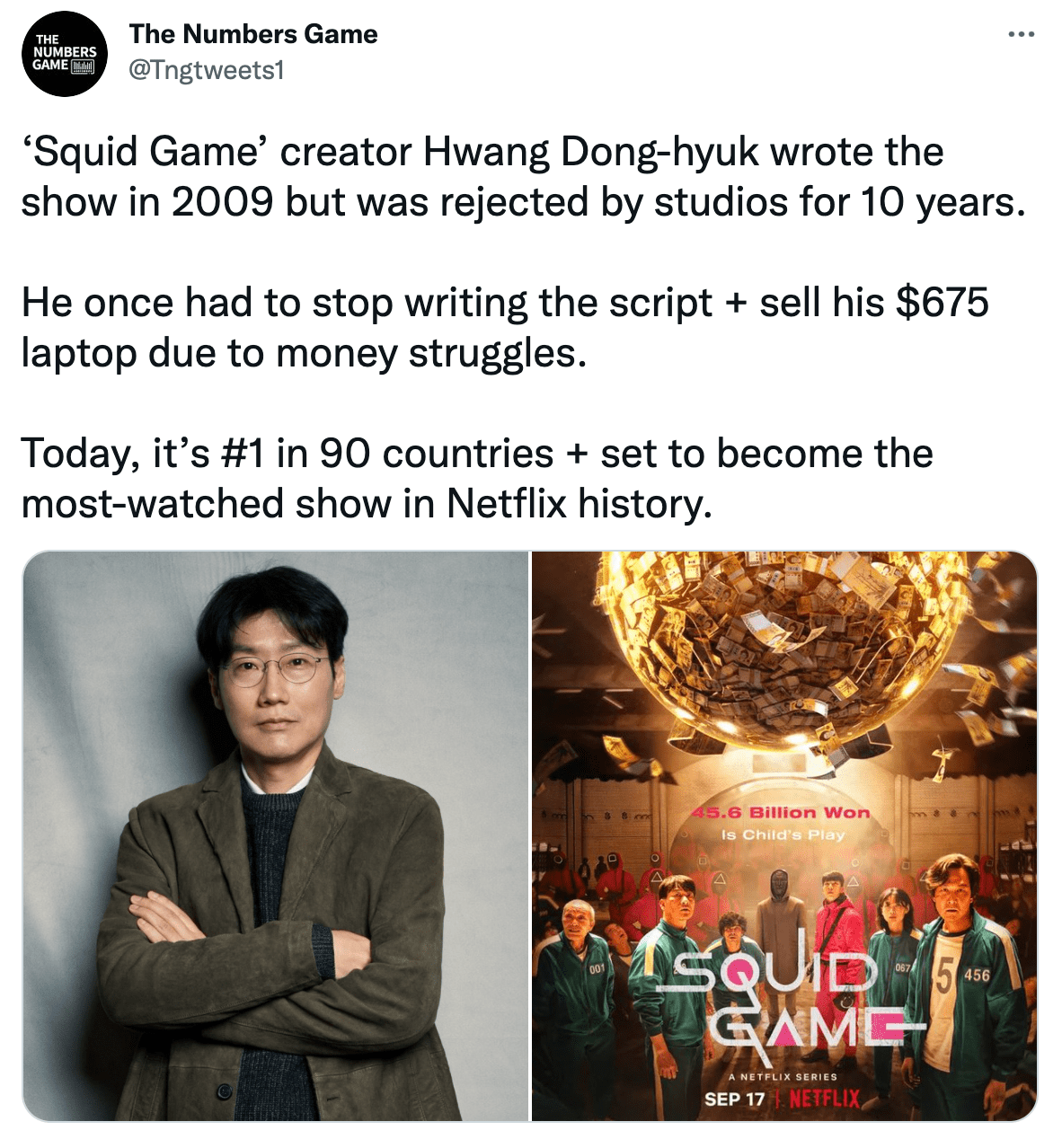 It’s hard to imagine, but the director was once so strapped for cash that he had to sell his laptop, just to make ends meet.

Squid Game director had his script rejected for 10 years

Squid Game’s success was by no means guaranteed. In fact, it was deemed too risky to produce for many years.

The show’s director and creator, Hwang, had actually taken about 12 years to make the show a reality.

According to Yahoo News, Hwang first came up with the idea for Squid Game whilst living with his mother and grandma in 2008.

Since its conception, however, it has been a rollercoaster ride for Hwang.

At one point, he even had to sell his laptop for $675 (S$918) for cash, forcing him to halt his writing temporarily.

Even after completing the script a year later, Hwang faced another huge challenge — finding investors to back his show.

For the next decade, he faced rejection after rejection from studios.

Many deemed that Squid Game was too grotesque and unrealistic, reported The Wall Street Journal.

Still, while turning his script into what it is now, Hwang faced doubt, constantly wondering if it was convincing that characters would risk their lives to play children’s games.

Looking back, he shared that the world had changed so much in the past 12 years that such peculiar survival stories are now welcomed, reported Hypebeast.

According to Yahoo, Hwang felt that the pandemic that exacerbated socioeconomic disparities between the rich and poor actually made Squid Game’s concept even more appealing to studios like Netflix.

It was, after all, the show’s central plotline.

Hwang also attributed the show’s overwhelming popularity to how it explores themes relevant to today’s generation as well as a universal story of survival.

He paralleled the show’s participants’ craze with the common desires people have to hit the jackpot with cryptocurrency, stocks, or real estate today. 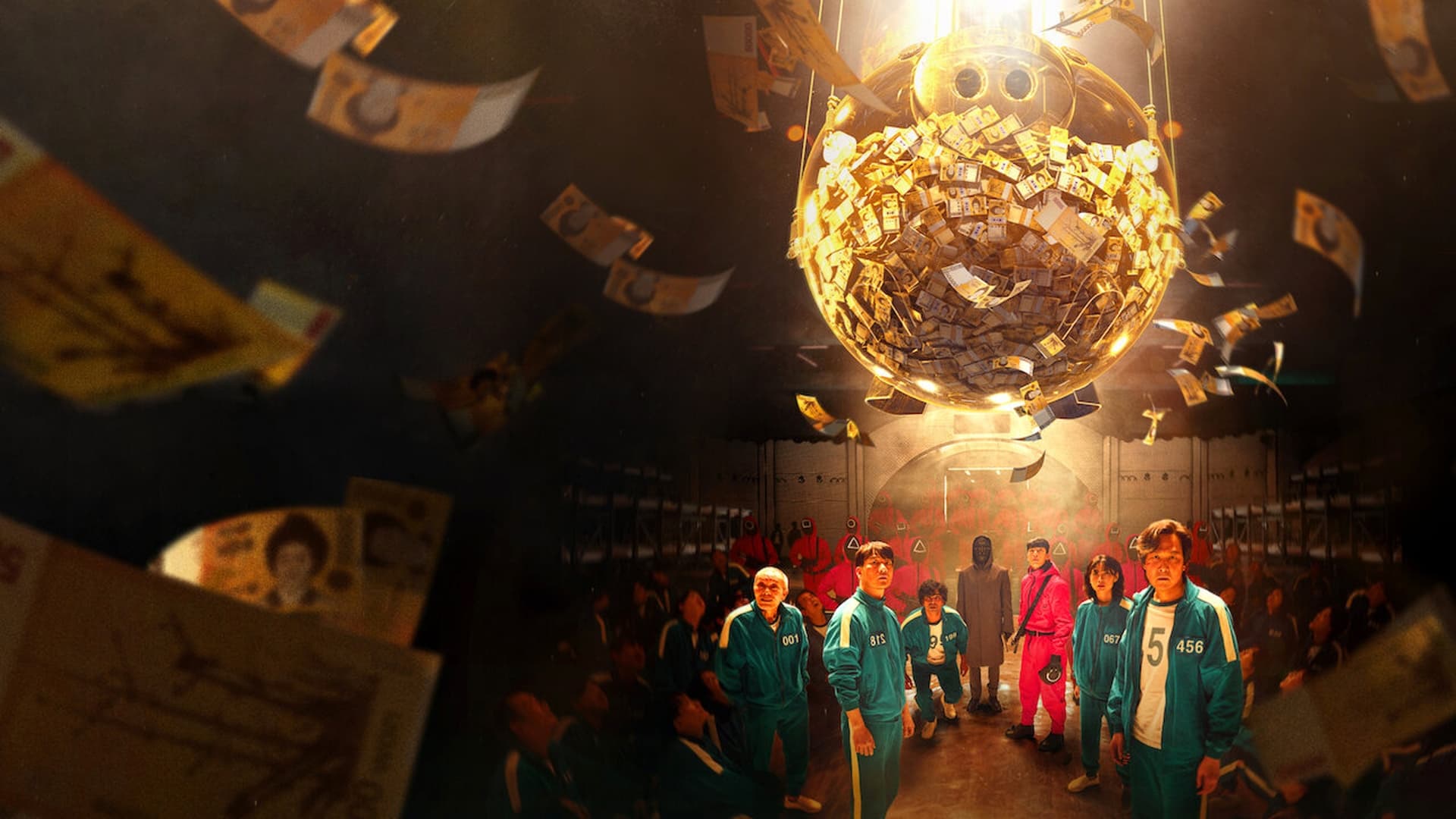 That is why many can empathise with the storyline of Squid Game, Hwang said.

And the show continues to trend upwards and has already hit the milestone of becoming Korea’s first show to hit Netflix’s top spot globally.

In fact, 95% of Squid Game viewers are outside of South Korea. The show has now been subtitled in 31 languages and dubbed in 13.

Despite its resounding success, director Hwang says he has no immediate plans for a 2nd season of the show.

According to Vanity Fair, he said just the thought of it is “quite tiring” and he might continue directing feature films for now.

But fans need not lose hope yet as Netflix’s global TV head said he is optimistic about a 2nd season though it is not confirmed.

An inspiration to all artists

Hwang’s rags to riches success story is an inspiration to many struggling artists out there.

Your work might not be popular now, but you’ll never know if it will be if you give up.

With all that he went through to make Squid Game a reality, he certainly deserves a break.

If he does choose to follow through with a 2nd season, we can be sure that many will be watching to see if it lives up to its predecessor.

Featured image adapted from The Numbers Game on Twitter and Netflix.