Warning: Some spoilers ahead.

The Netflix thriller, Squid Game, has caught the attention of millions around the world. It is a series that has been likened to other death game shows such as Battle Royale and The Hunger Games.

Many viewers have since been curious about the children’s games involved, such as Red Light Green Light, Marbles, and especially the nerve-racking Honeycomb Game.

An Orchard café, Brown Butter, has since jumped onto the hype train and will be giving their customers a chance to play the honeycomb game.

They took to TikTok and Facebook to drop more hints about the game that will be launching soon.

Those who succeed will be able to get a free iced latte.

However, they did not mention the consequences of losing, so you might want to make sure you haven’t signed any contracts recently.

Challenge yourself to the honeycomb game at this Orchard café

Netflix’s Squid Game’s rise in popularity has given businesses new ideas. This is especially for cafés that can allow customers to try the honeycomb game as shown in episode 3 of the show.

They posted more about it yesterday (26 Sep) on their TikTok account, sparking the interest of many viewers. 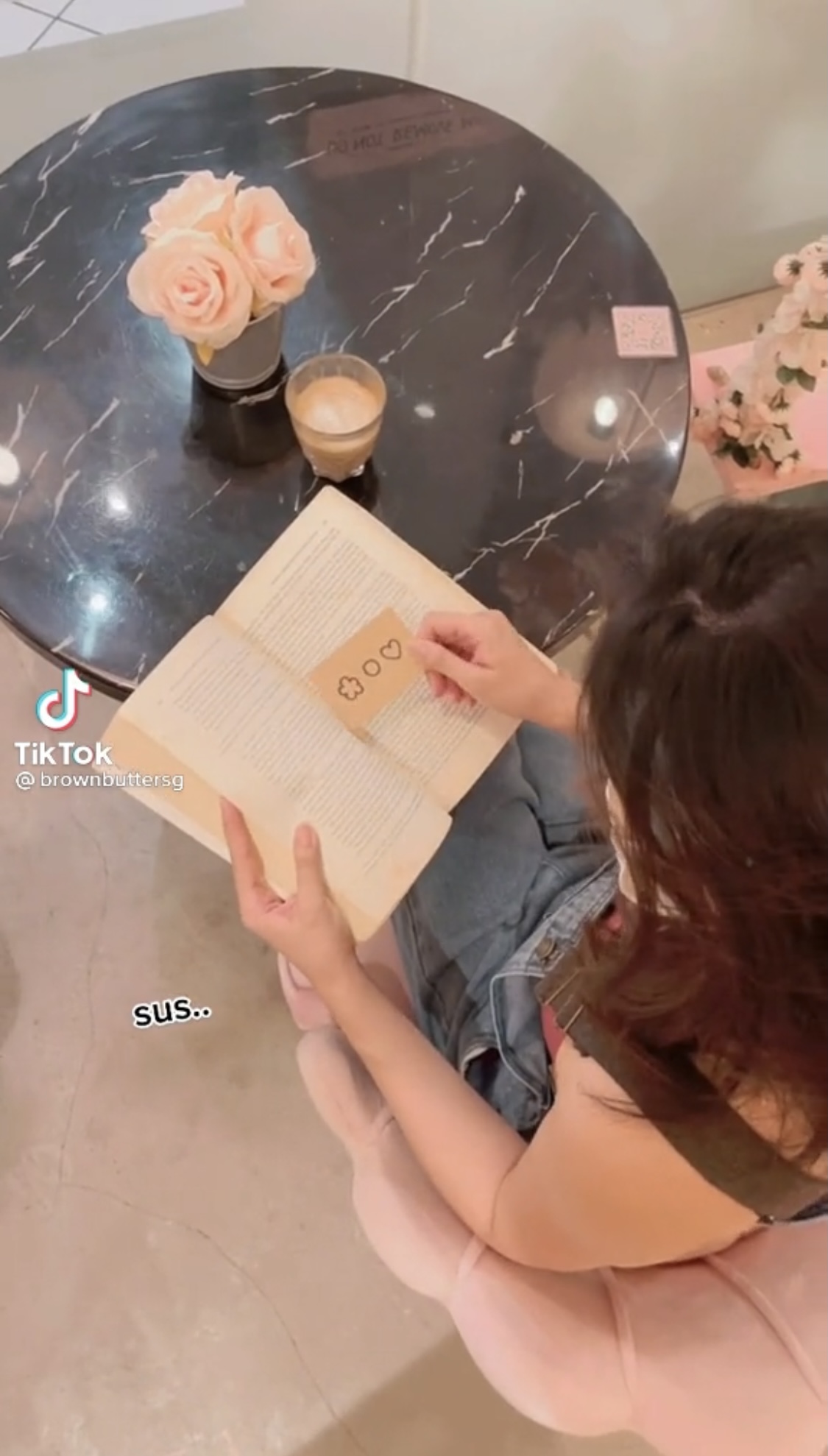 Patrons of the café will be able to challenge themselves to the game, and it appears there will be 3 different shapes patrons can choose from.

There’s apparently a time limit of 1 minute for players to attempt carving the shape out without breaking it. In case you don’t remember, participants were given 10 minutes in Squid Game. 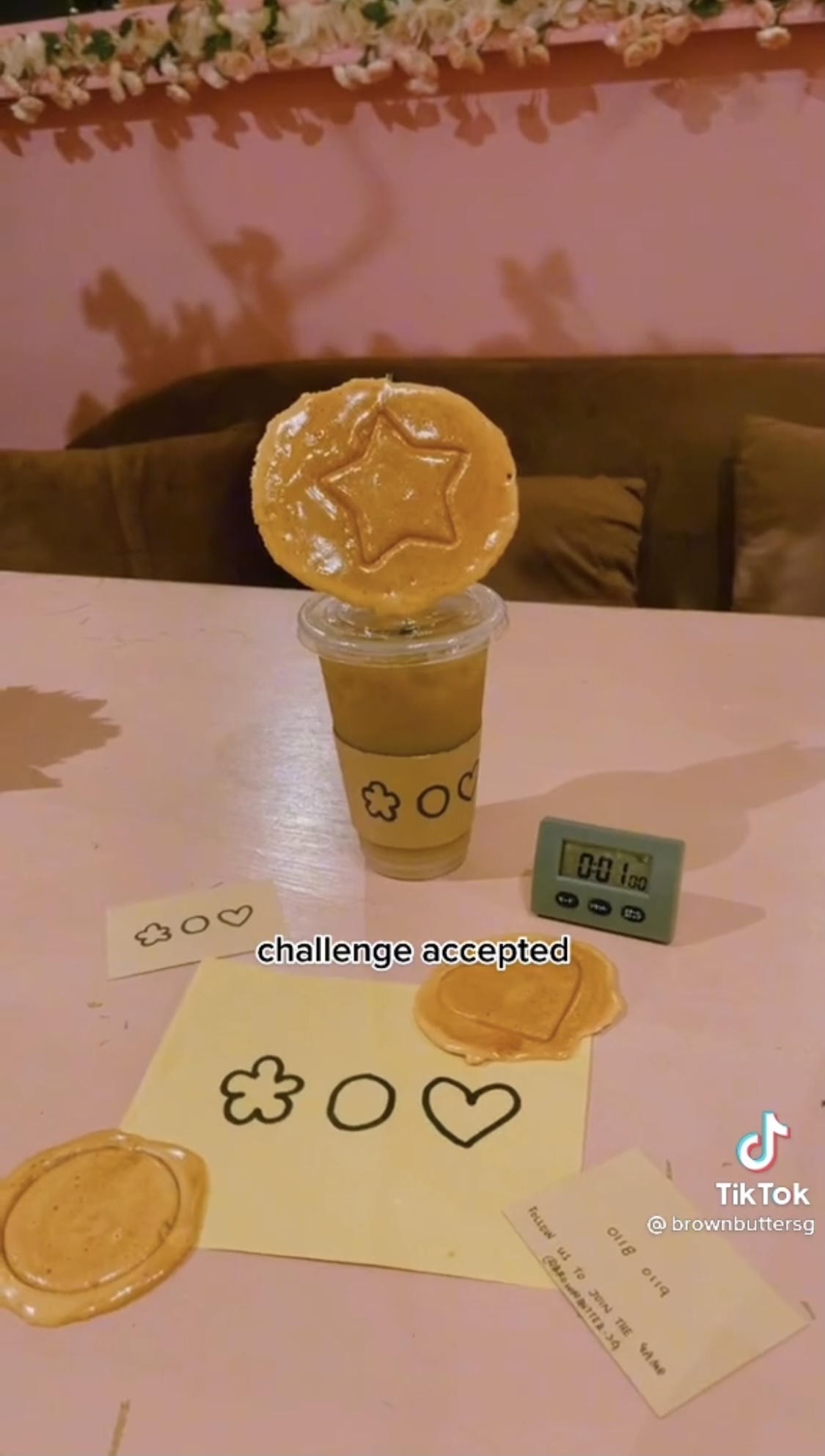 Challengers will get what appears to be a needle to carve the shape out. 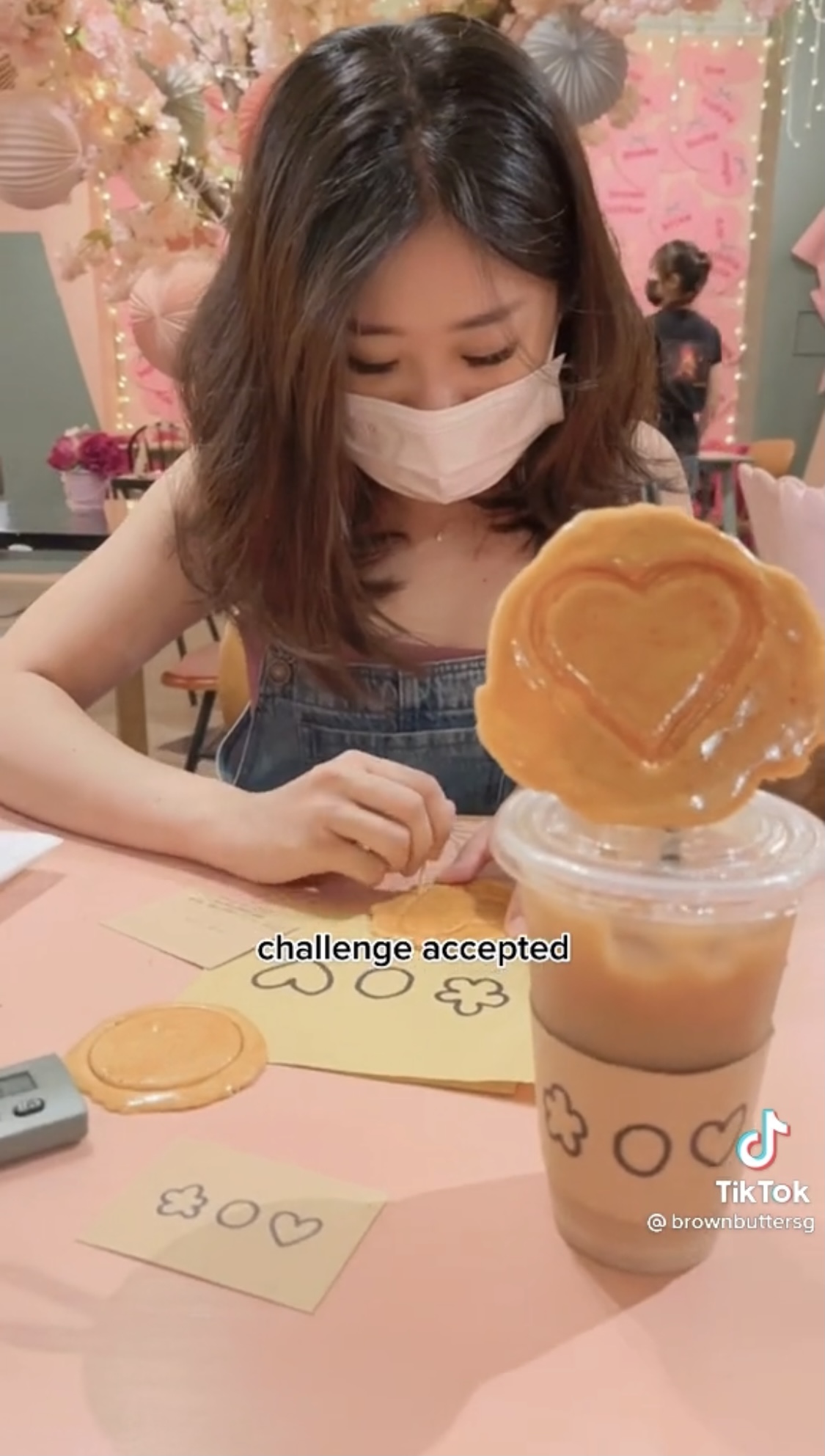 Those who manage to succeed will be able to enjoy an iced latte on the house from Brown Butter café, as well as have their lives spared. As for those who fail the challenge, we doubt the repercussions would be as brutal as the game itself.

Keep a lookout for more information

For those who are interested, do remember to keep a lookout for more information this Wednesday (29 Sep) on Brown Butter’s social media pages.

You can also bring your friends and family who are fans of the new thriller to see who has a higher chance of surviving the game.

Good luck and may the odds be ever in your favour.