Netflix’s Squid Game series has taken the world by storm, becoming one of the platform’s most-watched shows.

And it seems the popularity of the show transcends all ages.

On Saturday (9 Oct), a video of kids playing ‘Red Light, Green Light’ – a game featured on the show – was shared on TikTok.

So my friend send me this video today and I had to share. Squid game strong

Many netizens said it was nice to see kids playing games at the playground instead of using digital devices. They also reminisced about their own childhood days.

At the start of the video, a boy standing at a wall can be heard shouting, “Are you ready?”, to which 3 other children replied with a resounding “yes”.

The boy then turns to face the wall, shouting the now-famous phrase, “mugunghwa kkoci pieot seumnida (무궁화 꽃 이 피었 습니다)”, which translates to, “The hibiscus flower has bloomed.” In American context, it can be understood as “Red light, green light, 1, 2, 3.”

As the game goes, the children, in the meantime, race forward, trying to reach him.

When he reaches the end of the phrase, he turns to see if anyone is still moving.

The game continues with the boy shouting the phrase in quicker succession each round, trying to catch the other kids off guard.

In the 3rd round, one of the kids makes it to the wall. However, another seems to flinch. 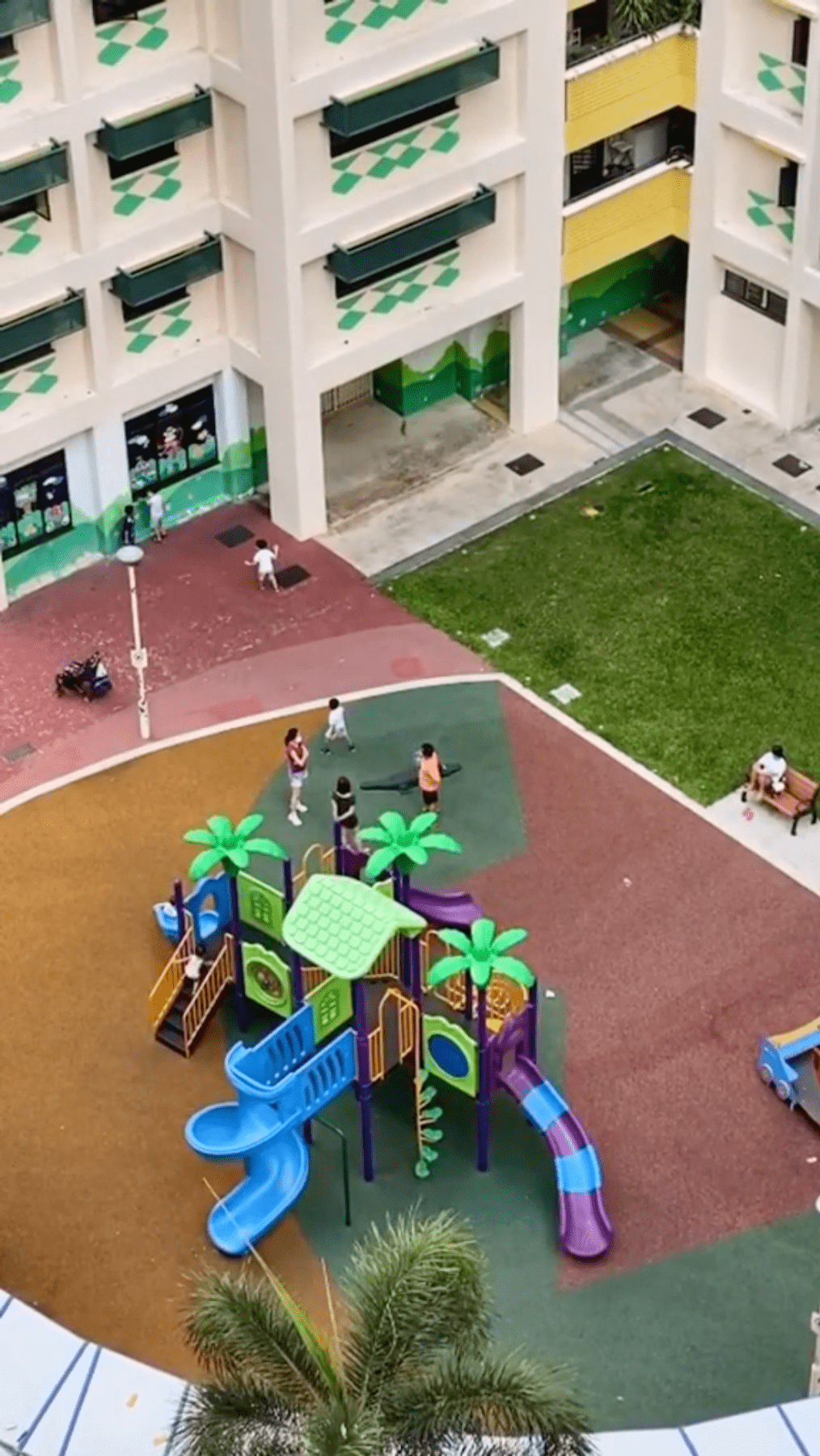 Mercilessly, the boy pointed a finger gun at him and yelled, “Bang!”.

The kid then fell to the ground as if on command.

In the original version of the game, the person who is “it” stands at the finishing line, usually facing a tree.

As they turn away, the others run towards the finish line. Whenever the person who’s “it” turns back, everyone has to freeze.

The aim is to reach the finishing line and touch the person who’s it.

In Squid Game, the game features a gigantic creepy doll, which has become an icon of the show. 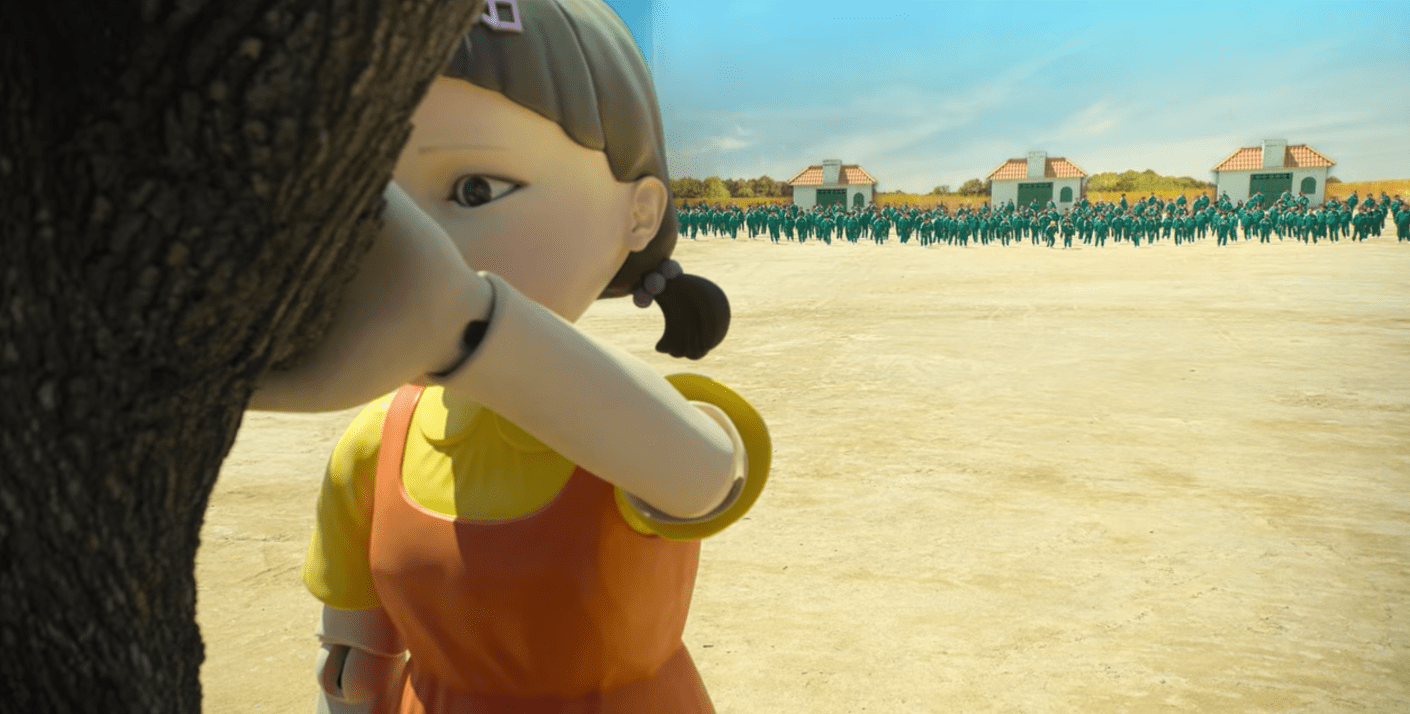 It also puts a morbid twist to the children’s game as anyone who fails to freeze in time will be shot.

Netizens heartened at sight of kids playing in playground

After seeing children play the game, some netizens were concerned about young kids being exposed to the show’s graphic scenes of violence.

However, others pointed out that different versions of the game had been played way before Squid Game, and they did not have to watch the show to know it.

Many others were heartened by the sight of kids playing together at the playground, perhaps because it’s a rare sight nowadays.

These days, we often see kids glued to their tablets or phones, so much so that managing screen time has become a hot topic.

It’s nice to see that some are still going outdoors to play these classic games.

Do you remember playing Red Light, Green Light as a child? What other childhood games do you miss? Let us know in the comments.