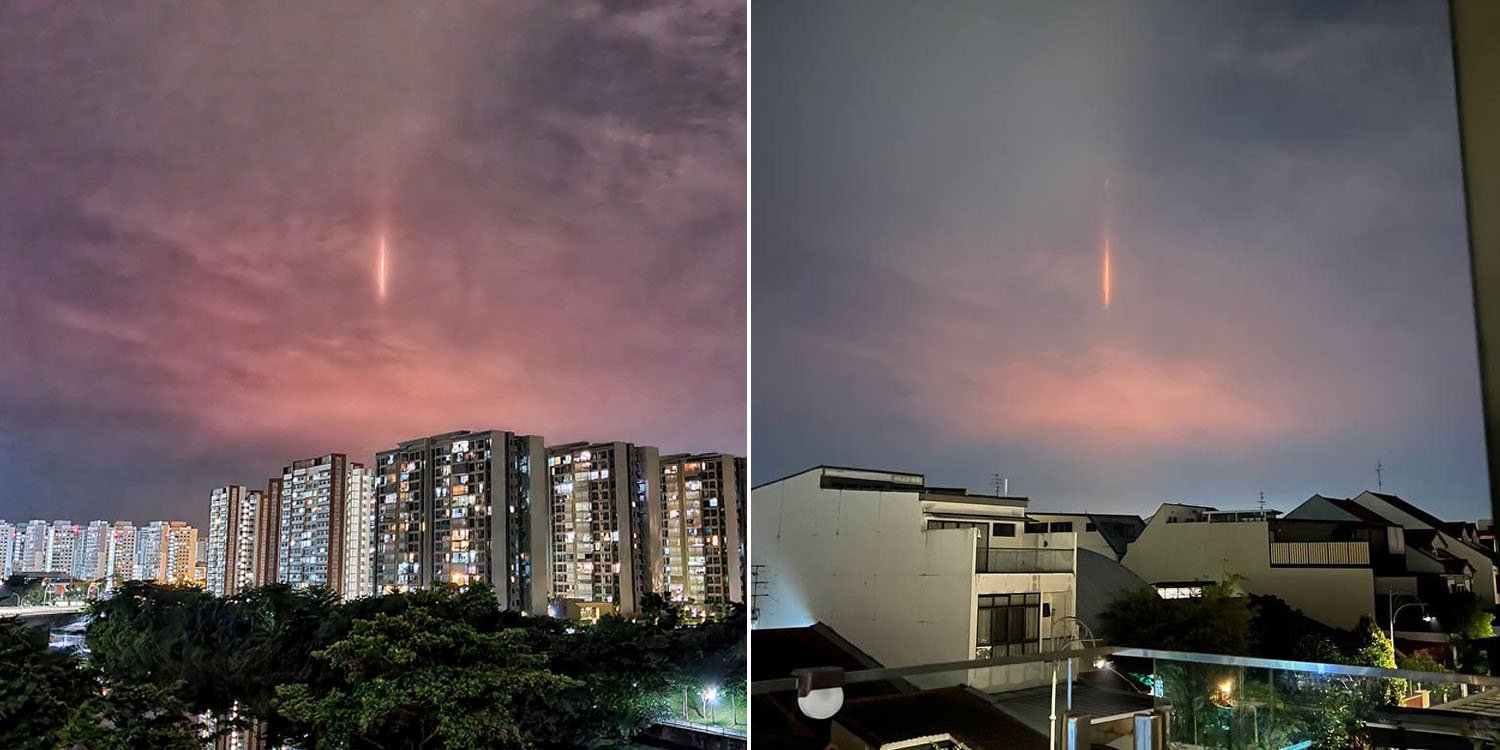 Likely to be from the Johor refinery plant.

Just as many are binge-watching Stranger Things season four, some Singaporeans spotted what looked like an opening to the Upside Down, right here in our skies.

On Saturday (25 Jun) night, some observant Singaporeans noticed a mysterious vertical light in the sky. 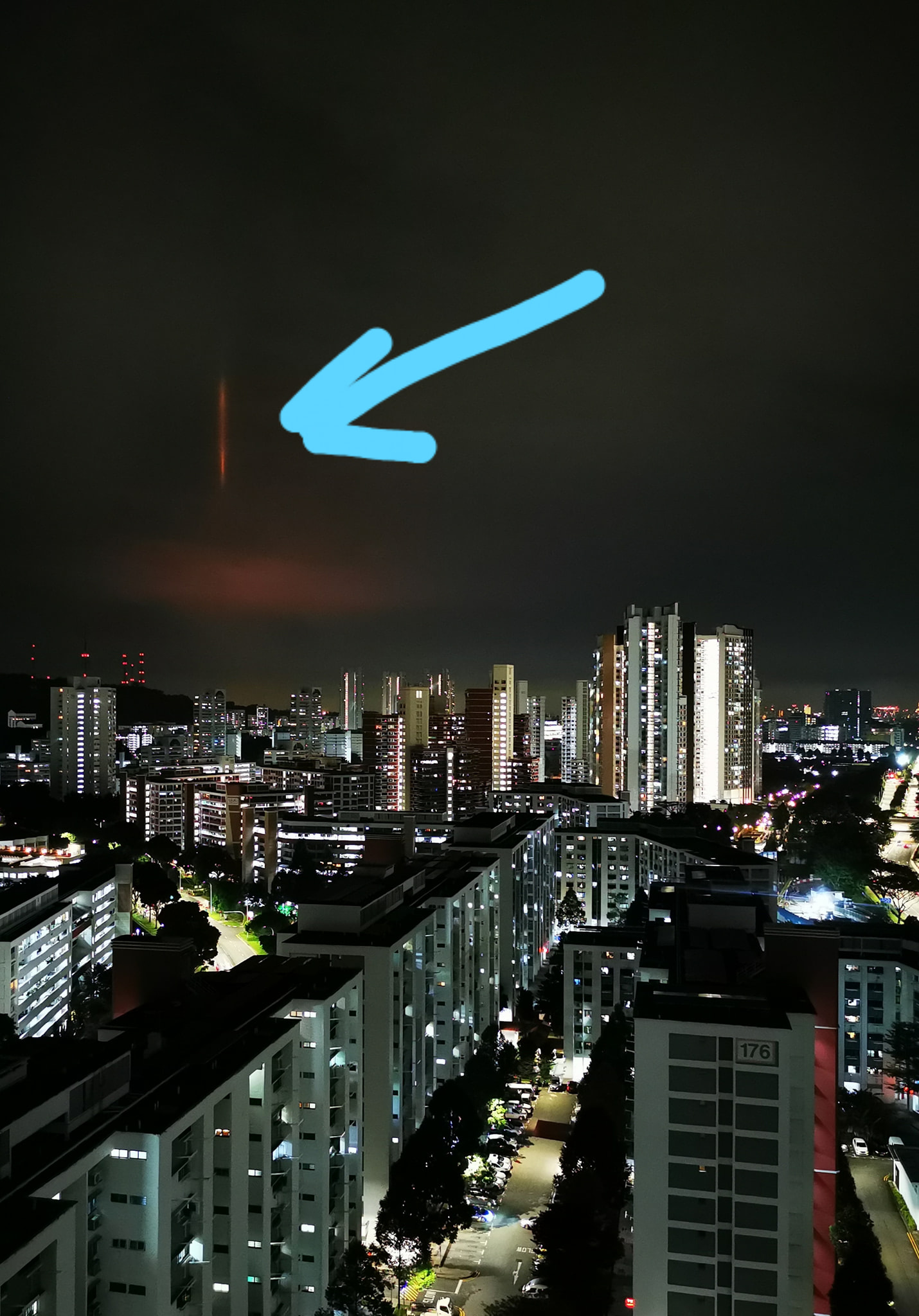 Netizens started speculating what the mysterious light, spotted in several areas across Singapore, could be.

Many said it was likely caused by an oil refinery in Johor, Malaysia.

On Saturday (25 Jun) night, many around Singapore spotted a mysterious vertical light in the sky. The phenomenon was seen in many areas, from the East to the West region.

In the East, the vertical streak lit the sky with an ominous red glow. It almost feels like we’re spectators witnessing Eleven making an opening to the Upside Down from afar. An MS News reader in Seletar also managed to capture this image of the light. 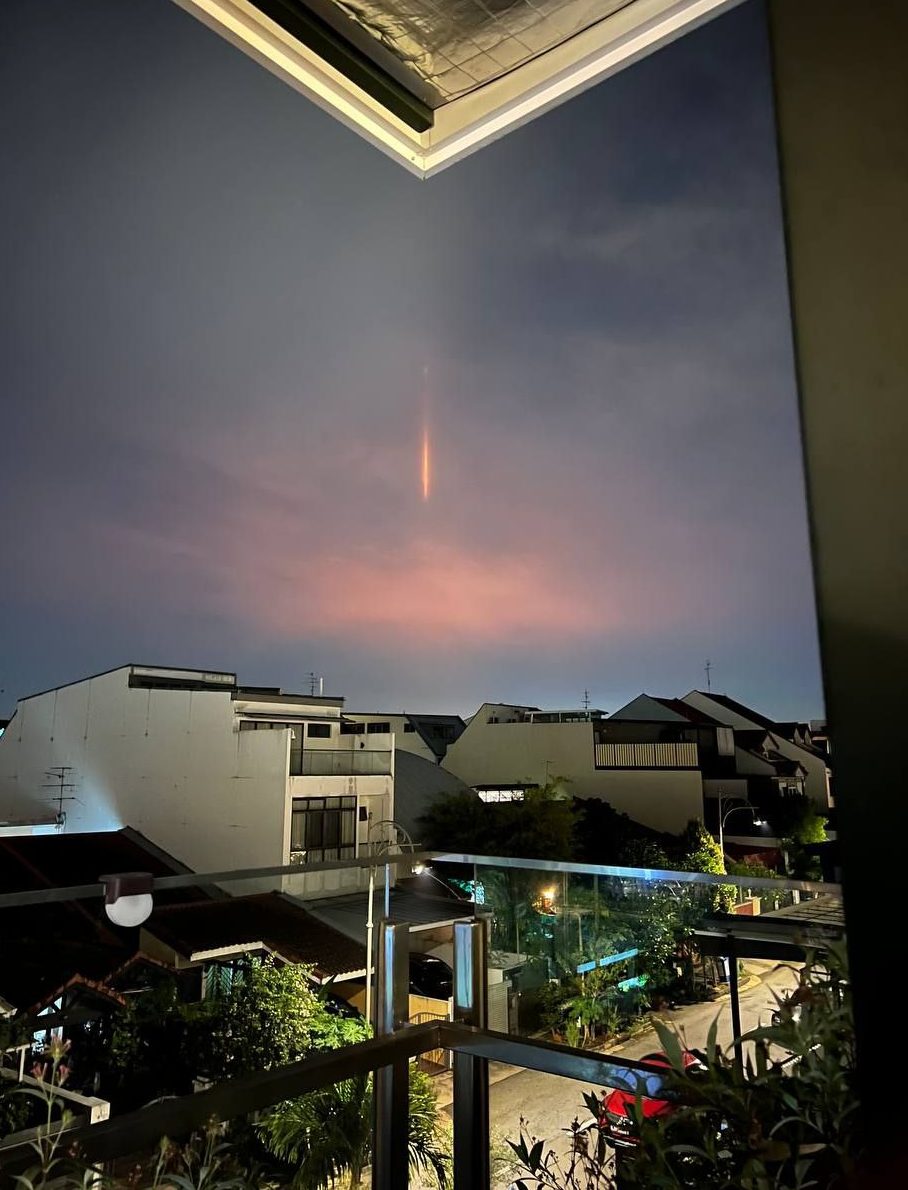 Some netizens shared that the same light was also spotted from the other areas in the North-East region like Sengkang, Serangoon, and the West.

The bright orange-pink streak was described to be “stationary but flickering”.

The mysterious light got netizens curious, and many wondered what could have caused the phenomenon.

Netizens speculate it is caused by Johor refinery

Stranger explanations aside, there is likely to be a more logical reason.

One netizen observed that the vertical light was directly above the refinery in the Johor area.

He shared a picture of the red glow that appeared to be coming from across the waters. 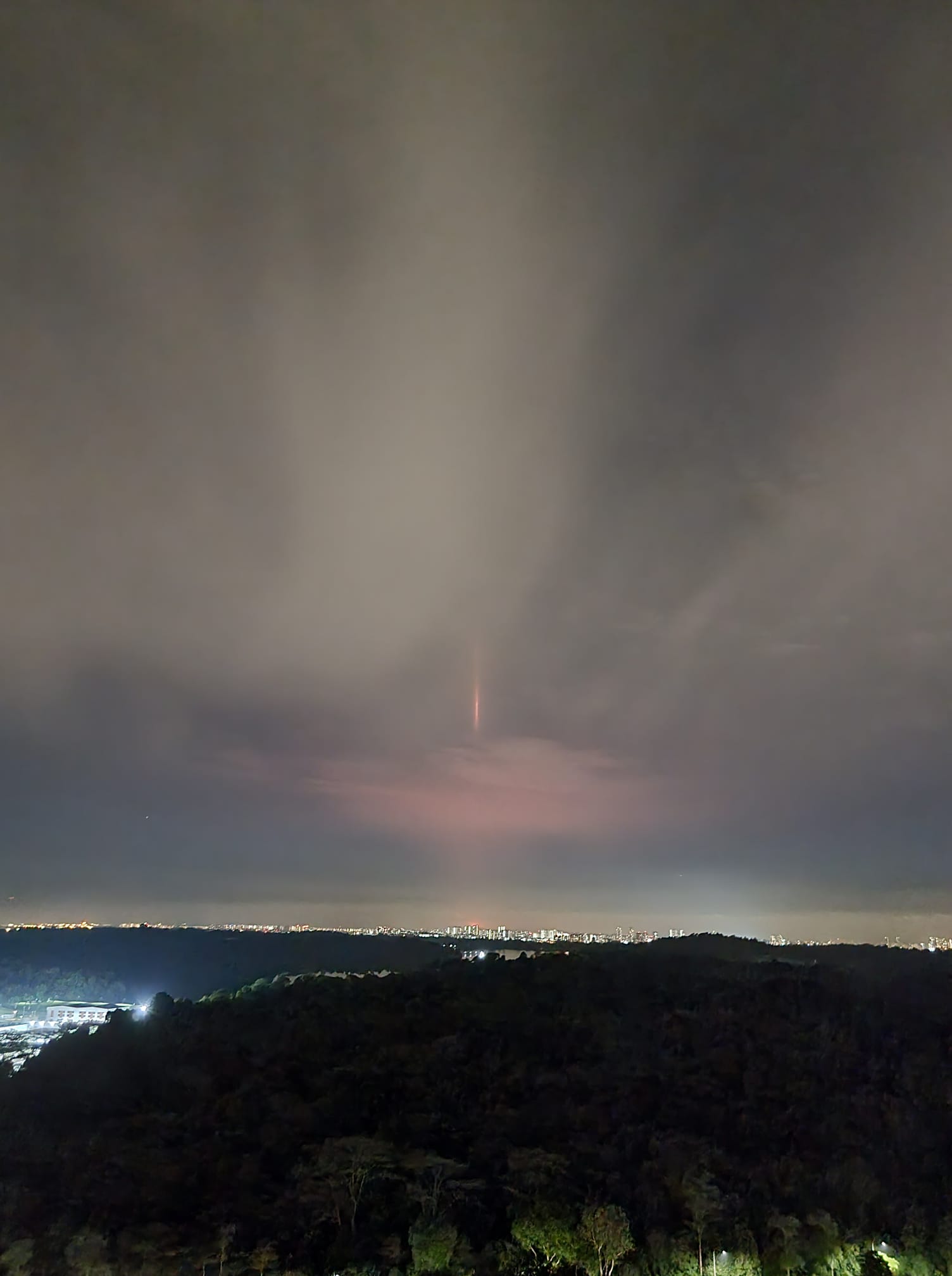 Another netizen also explained that the flickering light was due to flaring work done at the refinery to remove dangerous gases.

He substantiated his inference with a picture of a vertical flame spewing from an industrial area. 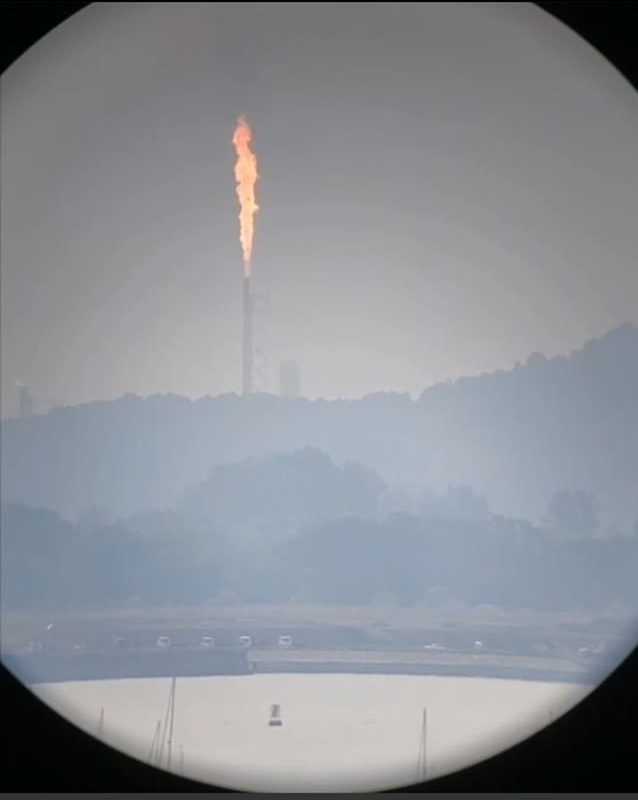 Meanwhile, another netizen deduced that the phenomenon was caused by the “lensing of the light from the refinery flame, projecting it as a beam of light in the clouds.”

He added that this could only occur under the right conditions.

The Johor refinery, believed to be responsible for colouring our skies, is located in Pengerang, Johor, just across the waters from eastern Singapore.

Reuters reported that the petrochemical park was restarted in May 2022 after operations ceased in 2020.

The mysterious light is likely a result of a gas flare, a combustion device used in plants like petroleum refineries.

According to Wikipedia, it is used to burn off flammable gas released by safety valves of plant equipment to prevent a pressure build-up.

No cause for alarm

The strange vertical light almost seems like a scene straight out of Stranger Things. To the uninitiated, it can be fascinating and unsettling at the same time.

Given the explanations of knowledgeable netizens, it seems there’s no need to be alarmed.

Did you manage to capture the light in the sky last night? Share with us in the comments below.