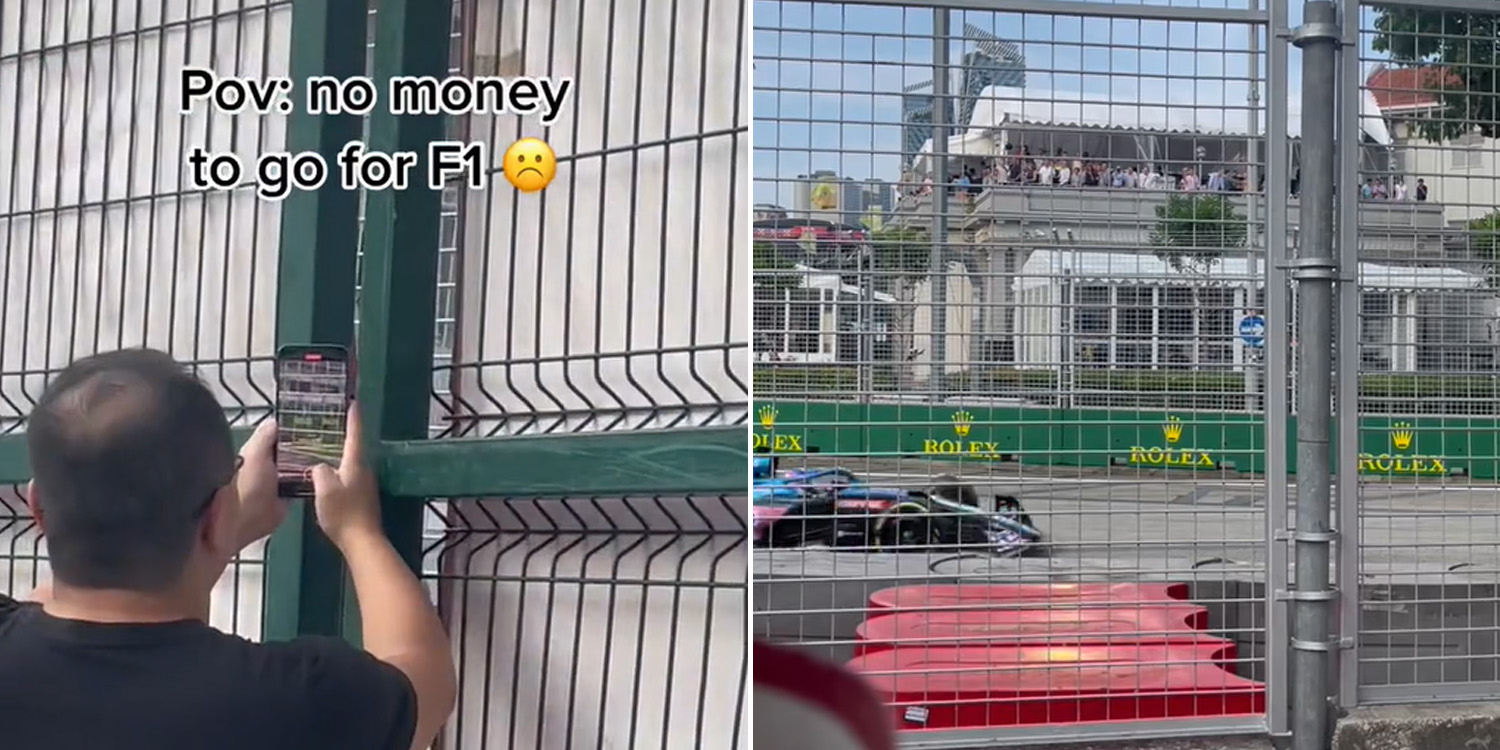 But security staff came to usher them away after a while.

People Stand Outside F1 Fencing To Watch Without Paying

The F1 Grand Prix is one of the biggest annual events in Singapore. However, ticket prices are often expensive, causing most of us to resort to watching a live broadcast.

Not so for this woman, though, who found a way of viewing the race without paying for the ticket.

She shared that she could view part of the training session through a fence, to the amazement of many TikTok users.

Her actions have caused many to praise her creativity, with others pointing out that a live broadcast would be better.

People watch F1 training sesh through a fence on 30 Sep

Posting to the social media platform on 30 Sep, TikTok user @Iamsabrinasim shared how she managed to get a sneak peek of an F1 training session. 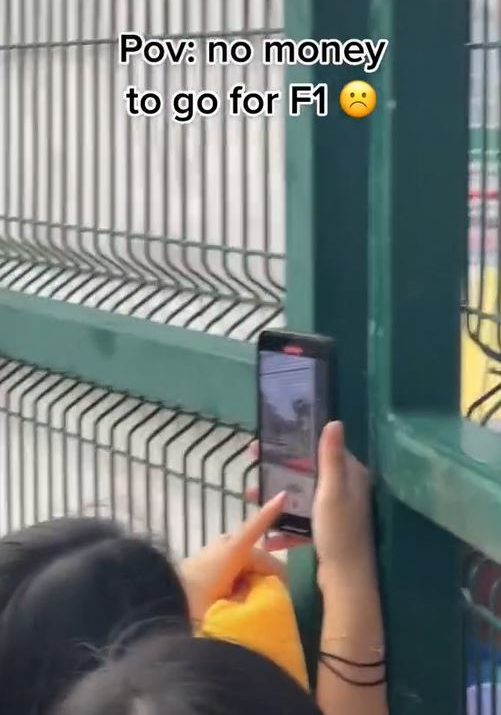 In the video, several people stand outside the fence surrounding the street circuit. As a result, they can view the race and take quick shots on their phones. 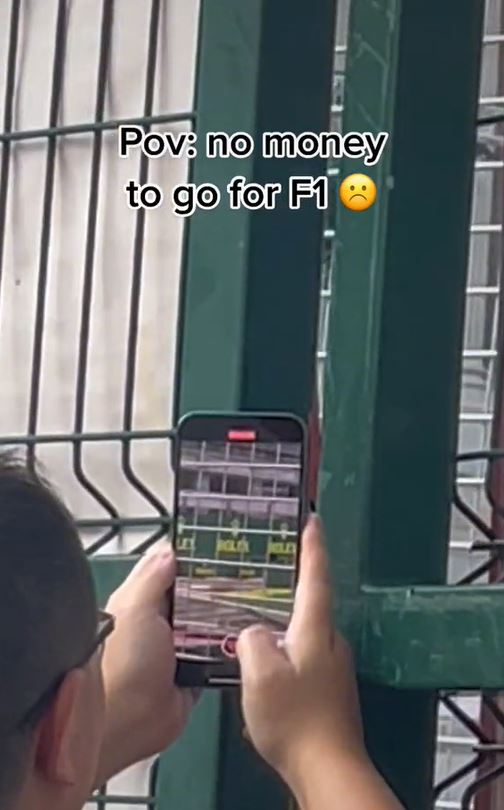 The OP added in her caption that such a unique way of attending the race was for those “with no money to go for F1”.

The OP’s post has since gone viral, many expressing amazement at her ingenuity.

Some users related to her actions, especially since a ticket to the F1 Grand Prix isn’t exactly affordable for everyone.

Others even noted that such a view seems better than the one those attending the event would receive.

However, some did not think going to such lengths was worth the experience.

After all, a live broadcast gives you even more views from different angles while sitting comfortably at home. Not to mention, it’s also completely free.

As we gear up for the F1 Grand Prix, do note that the OP’s hack didn’t exactly have a happy ending.

She later shared that security came to usher them away from the area.