Melbourne Penguins Comfort Each Other After Losing Their Partners, Make Us Cry More Than K-Drama Couples 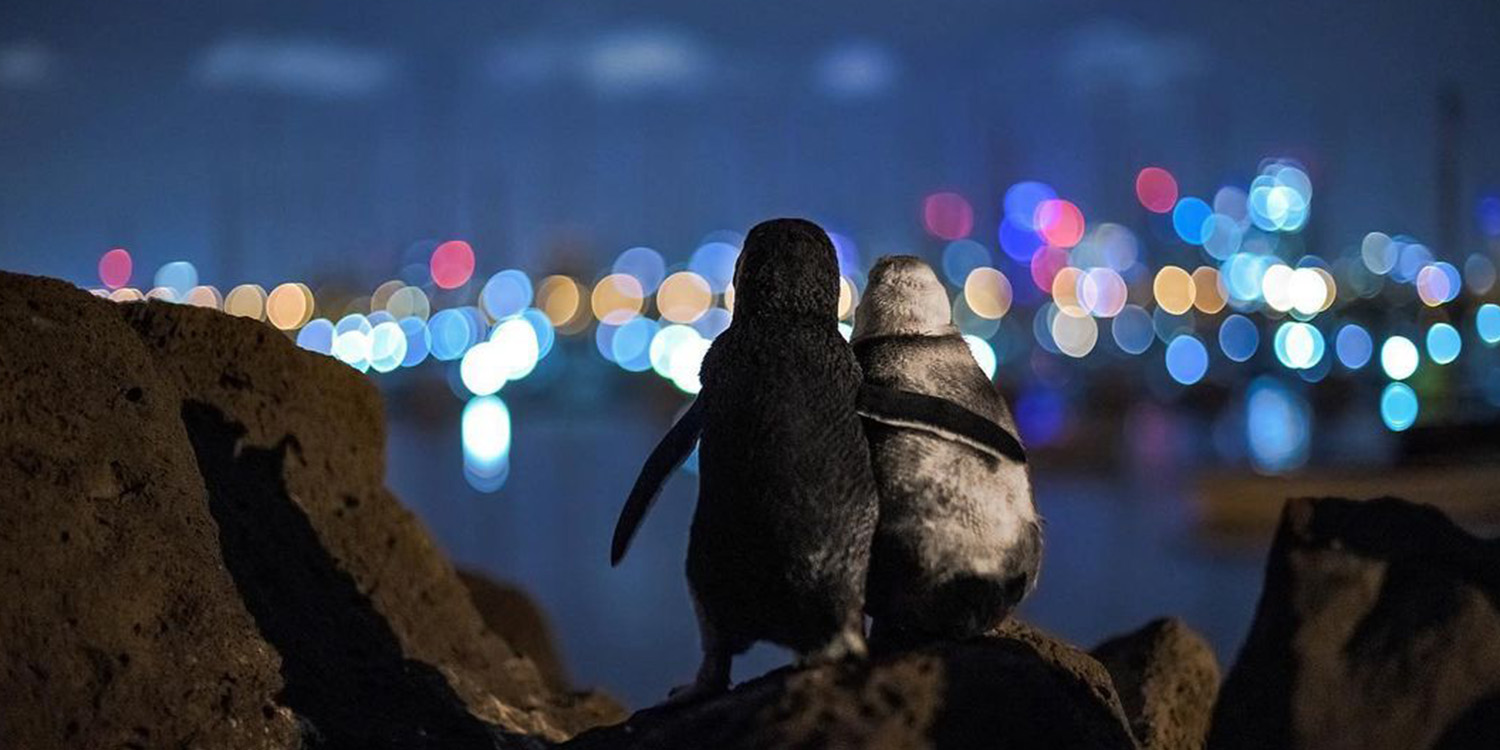 Brought together by loss.

Widowed Penguins Comfort Each Other In Front Of Melbourne Lights

Life is not without its tragedies and humans are not the only ones to be affected by the loss of a loved one. Creatures in the animal kingdom are able to experience grief too.

In a poignant photograph, kindred spirits in the form of 2 widowed Fairy penguins were captured comforting each other while watching the lights of Melbourne. 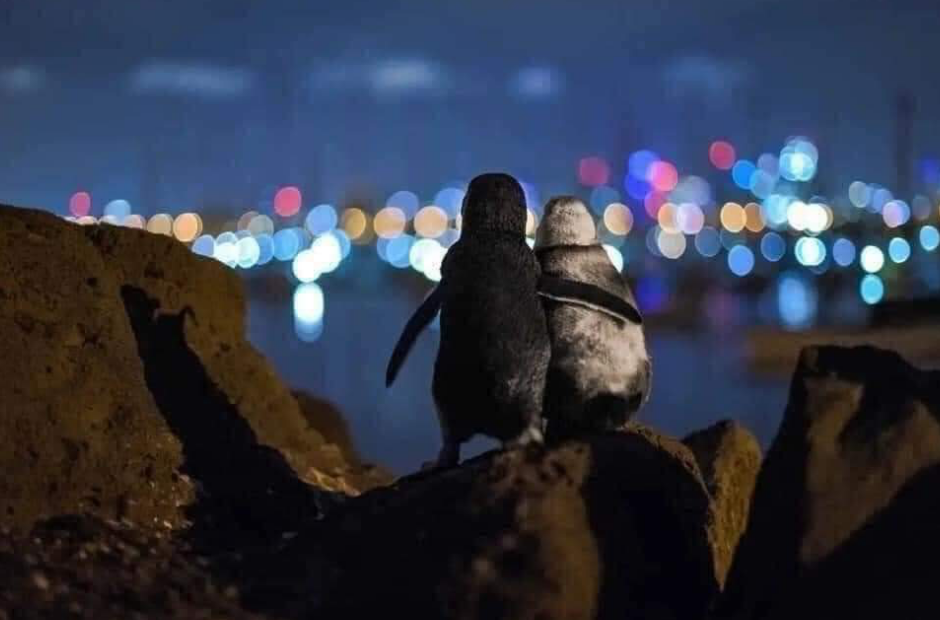 The darker penguin is a younger male while the lighter one is an elderly female.

Both penguins are widows

In an Instagram post, award-winning photographer Tobias Baumgaertner said the two Fairy penguins stood out from their entire colony.

While the others were sleeping or running around, these two were watching the sparkling Melbourne skyline together. 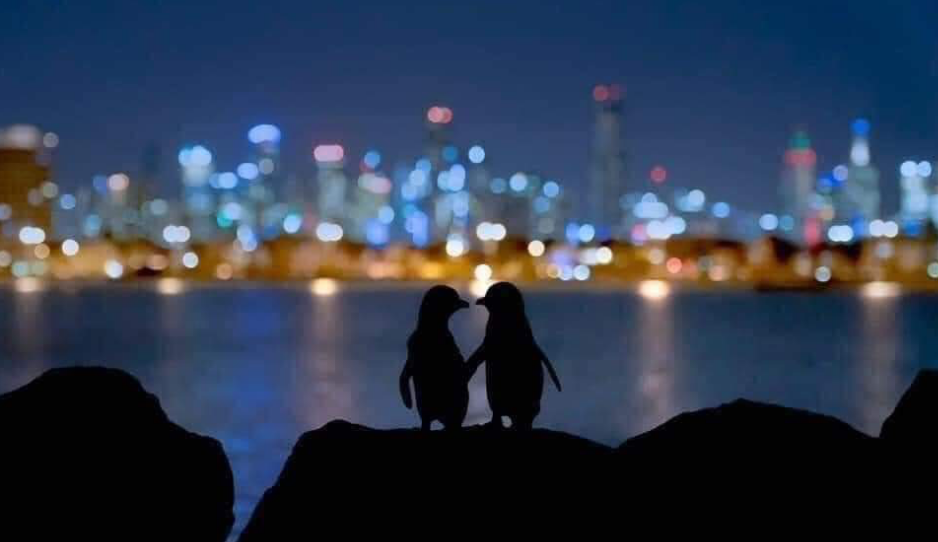 While Baumgaertner was trying to capture the touching moment, a volunteer said the white penguin was an elderly bird that lost her partner.

The darker and younger male penguin beside her had also experienced a similar loss. 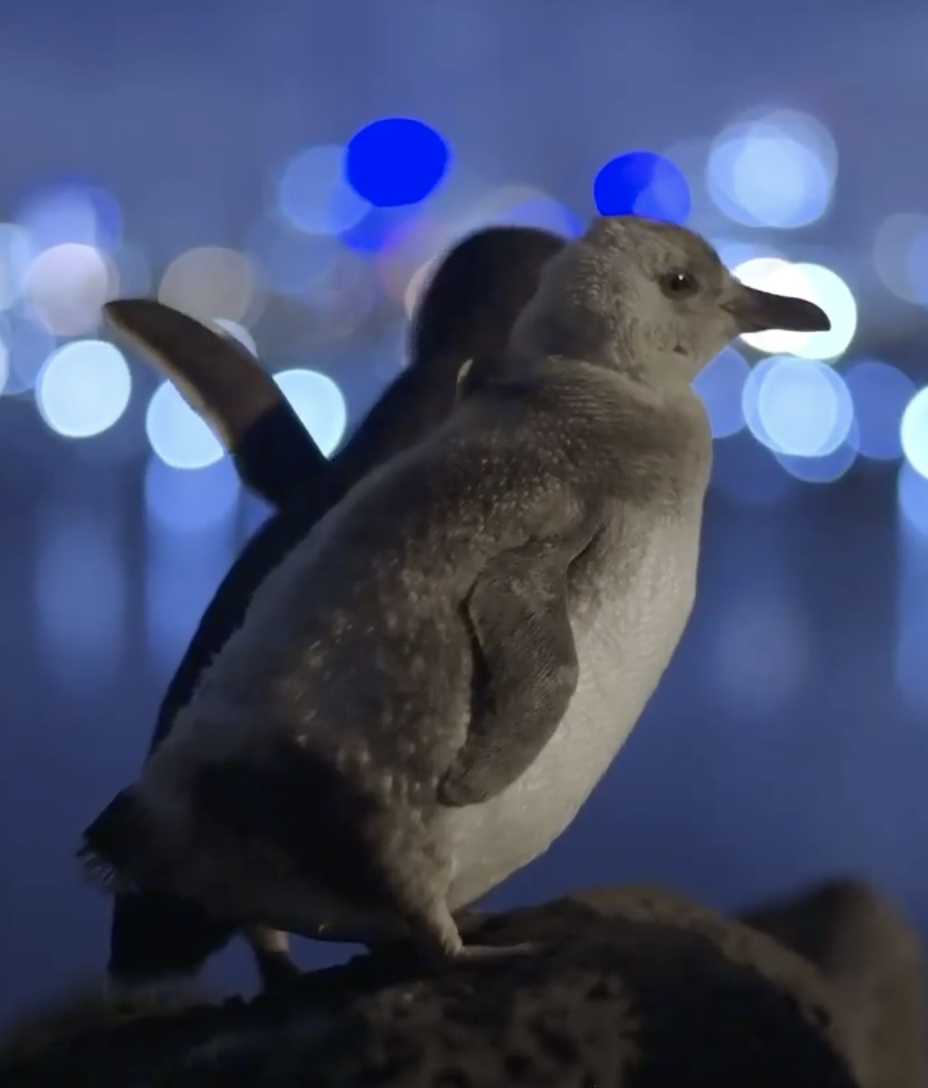 Brought together by loss

It seems that tragedy has brought them together as they’d meet regularly every night to comfort each other.

The 2 birds would rub their flippers on each other’s backs, as if consoling one another.

Baumgaertner said, “Love is the only game in which we win even when we lose”. 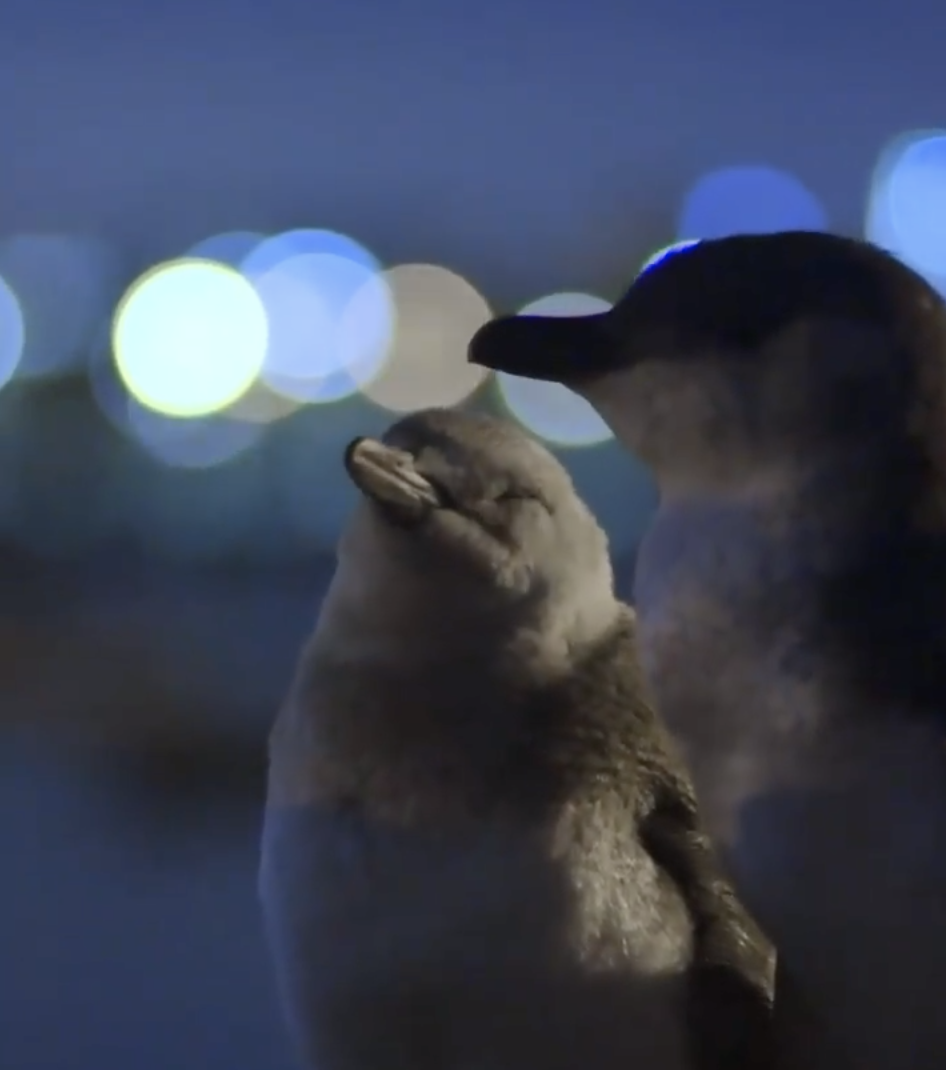 We couldn’t agree more as these two were brought together by the pain they went through.

He said he originally wanted to capture how human developments affected wild animals but came away with these touching photographs instead. 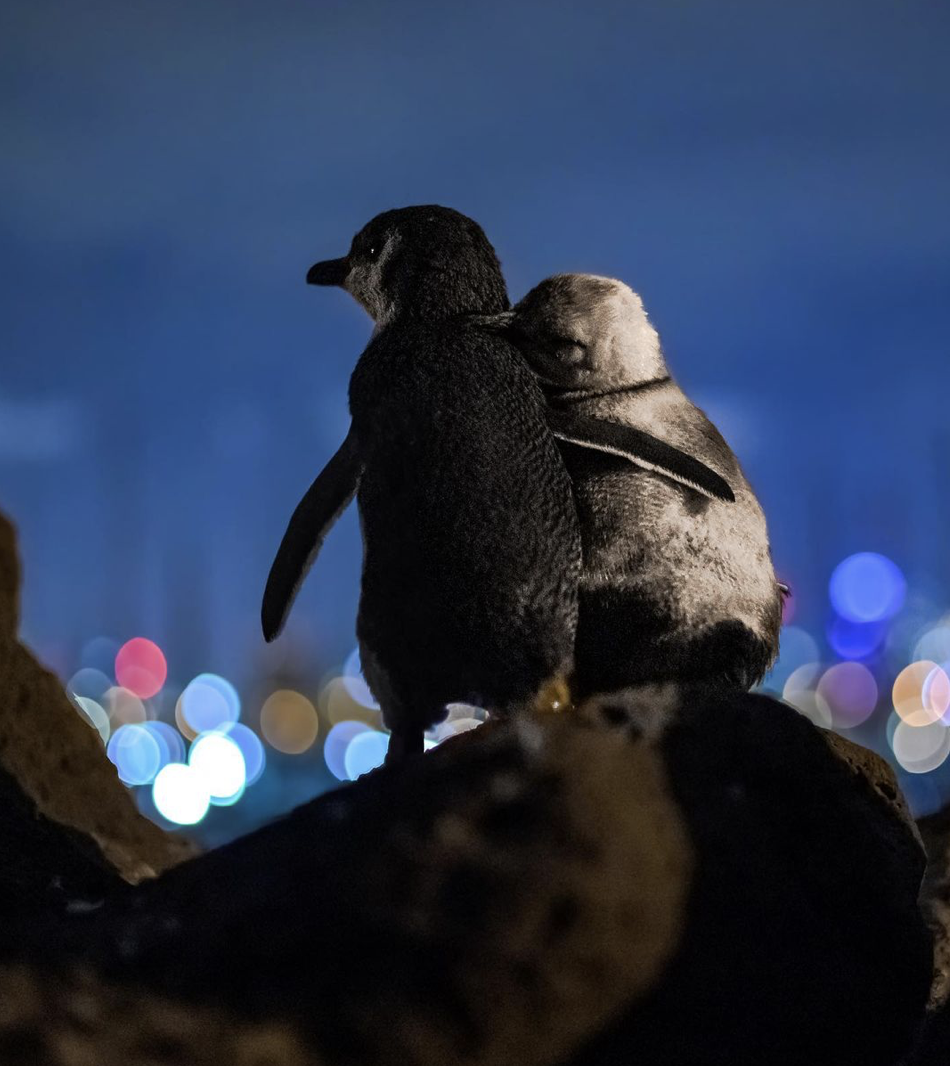 He said the winning image is so much more because it communicates togetherness and love.

Love can be found anywhere and anytime

A takeaway from the pictures is that love can be found even after immense losses such as the ones these two Fairy penguins experienced. 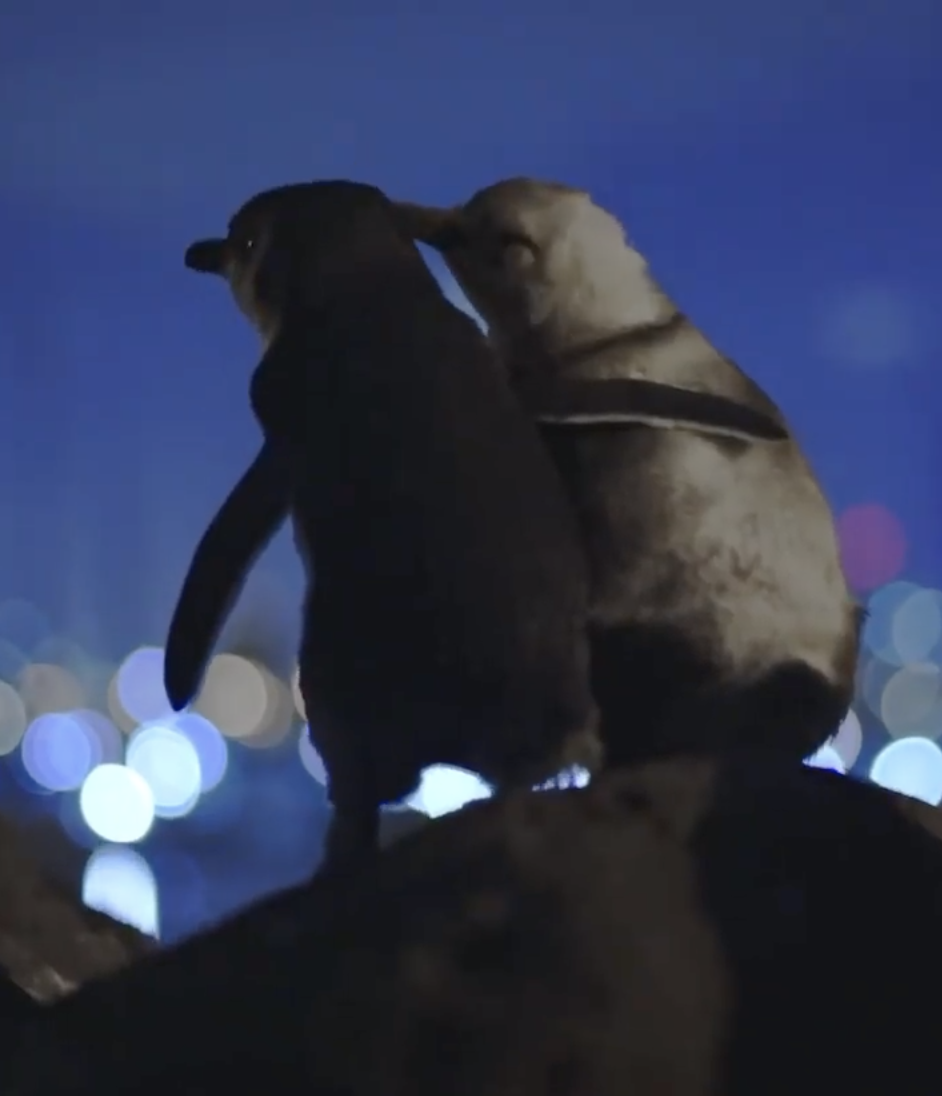 This especially applies during the Covid-19 pandemic, when people around the world are losing loved ones to the Coronavirus.

As long as we are there for each other during dark times, we are sure to pull through.