Zaqy Mohamad Urges Employers To Be Inclusive, Says Tudung Issue Being Looked Into 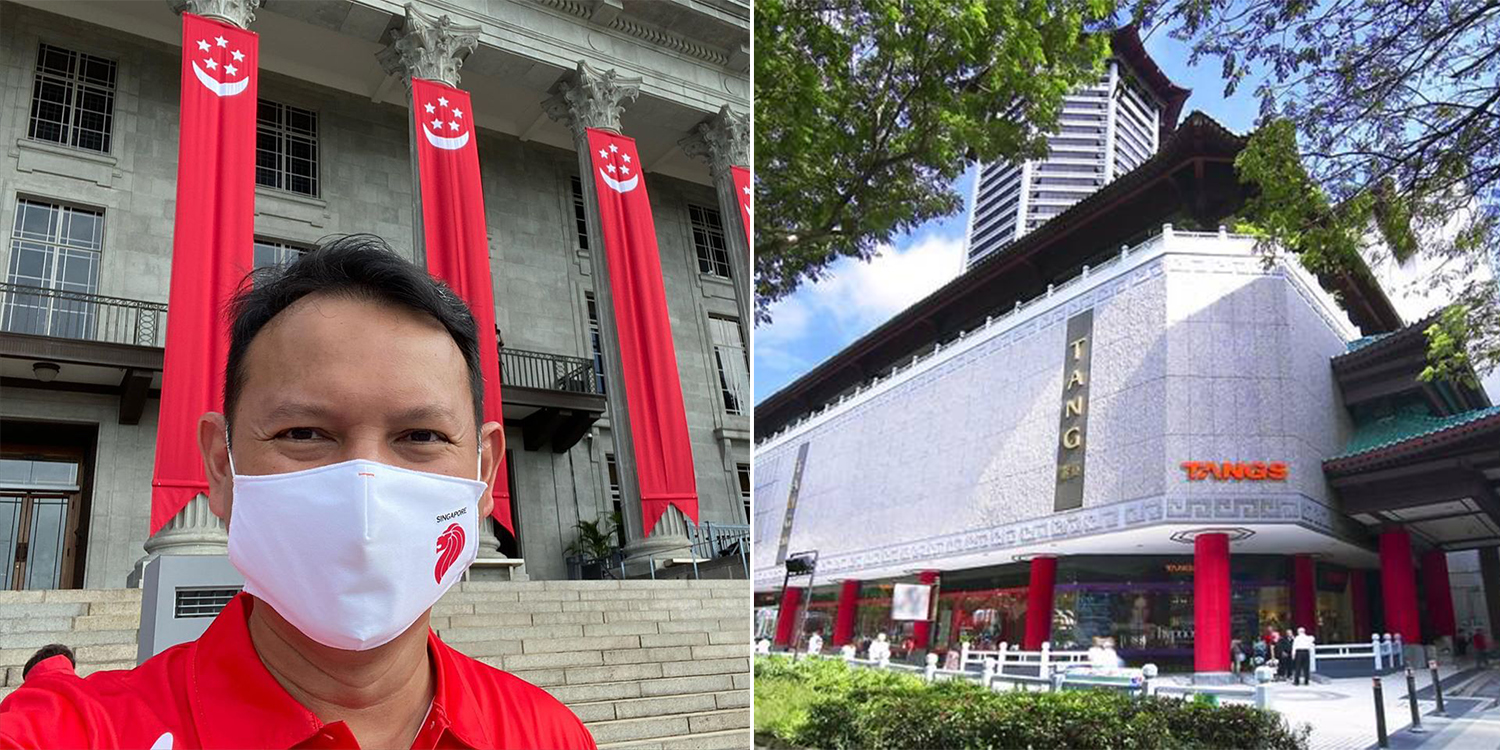 The issue of tudung, or hijab, at workplaces is one that strikes at racial harmony and diversity in Singapore.

Recently, a promoter at a department store was allegedly asked to remove her headwear while at work.

However, the employer of the promoter – who doesn’t work for Tangs but had a pop-up store there – thought the grooming rules were discriminatory and chose not to work with Tangs.

In response, Senior Minister of State in the Ministry for Manpower (MOM), Zaqy Mohamad, weighed in on the issue, urging employers to be thoughtful about their policies. 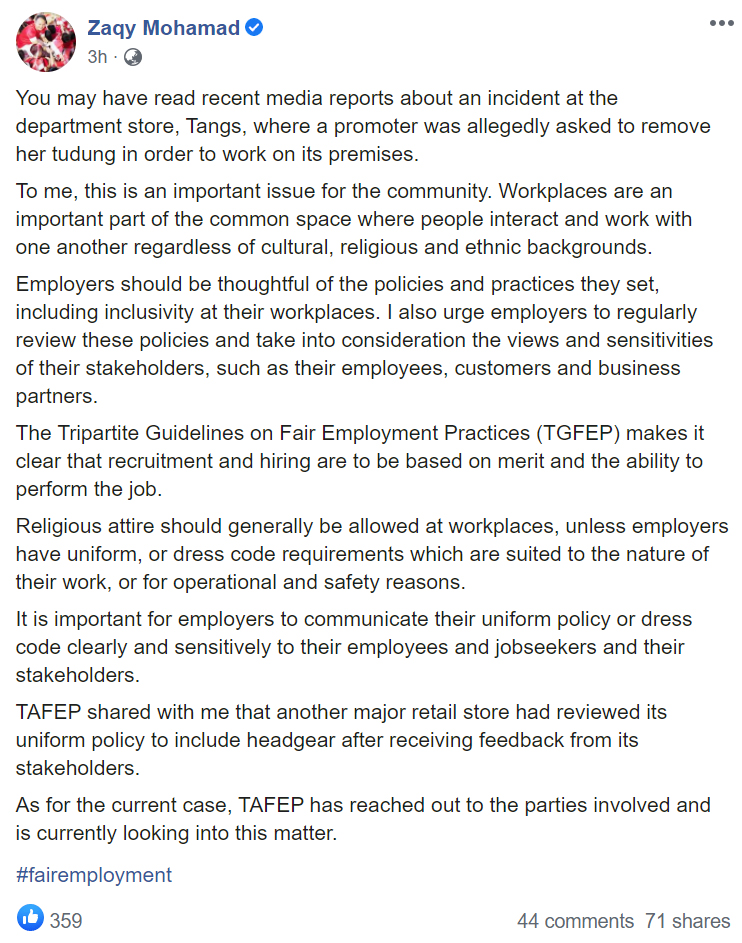 The incident that sparked the discussion is one that took place at Tangs.

The promoter in question was supposed to work at a pop-up store for Ms Raine Anastasia Chin.

Her company had set up a pop-up store at Tangs for 3 weeks.

However, not only did Tangs tell the part-timer to remove her headwear, Ms Chin also had to dye her hair black. 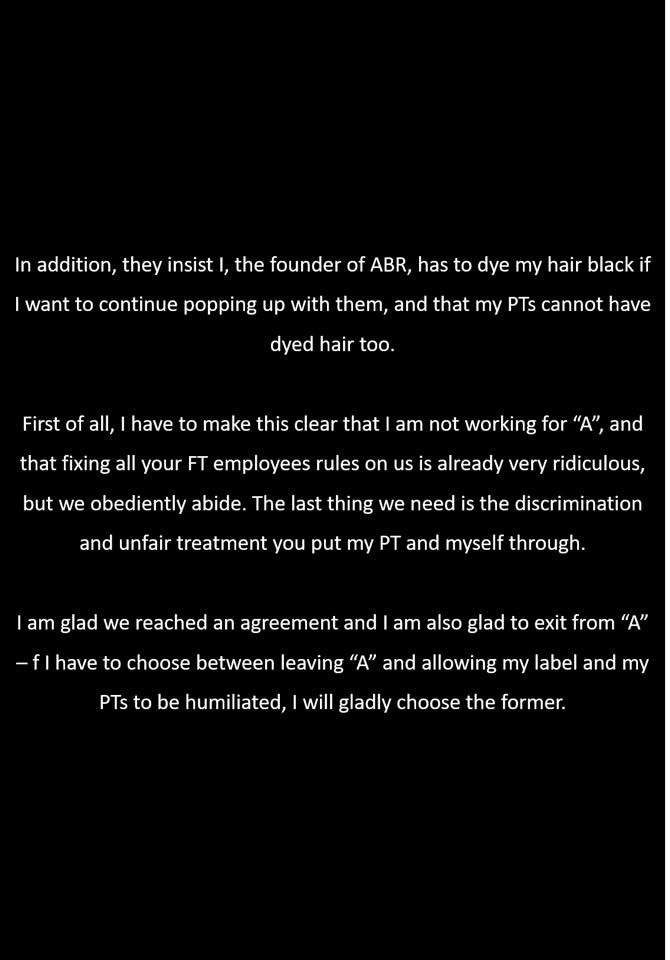 Deciding that their grooming policy was discriminatory, she chose to part ways with Tangs.

You can read more about that incident here.

Mr Zaqy considers the issue important for the community, given how the workplace is a common space.

Although he stopped short of calling certain policies discriminatory, he urged employers to be thoughtful about them.

He also encourages them to review their policies to take into consideration the sensitivities of not only employees but also customers and business partners.

Tudungs should be allowed with some exceptions

Addressing the tudung matter, Mr Zaqy said that it should generally be allowed at workplaces.

The exceptions are if there’s a uniform requirement, or there are other requirements relating to their work or safety.

Meanwhile, the Tripartite Alliance for Fair & Progressive Employment Practices (TAFEP) are looking into the Tangs matter and investigations are ongoing.

Room for inclusiveness at workplaces

Although uniforms are a requirement of many workplaces, unless religious headwear would get in the way of their work, there seems to be no reason to not allow them.

The requirements should also be told to stakeholders beforehand, and not after they’ve arrived at their workplace, as in the Tangs example.

Hopefully, more workplaces will review their policies and allow employees to wear tudungs if it won’t impede their work.