377A Wasn’t Enforced In Tanjong Rhu, But 12 Men Were Put In Jail

The debate over Section 377A of the Penal Code has ramped up again, with both sides making their case to the public and Parliament.

One often-used argument by people in support of Section 377A is that the law has never been used to stifle the LGBT population. Chief of Government communications Janadas Devan went so far as to say:

The Government does not and will not enforce 377A.

And that is true enough.

But that doesn’t mean that the Government doesn’t enforce an anti-gay agenda. In 1993, the police launched an “anti-gay operation” over a week in Tanjong Rhu.

How the operation worked

The operation took place at Tanjong Rhu, near a plot of newly-reclaimed land. 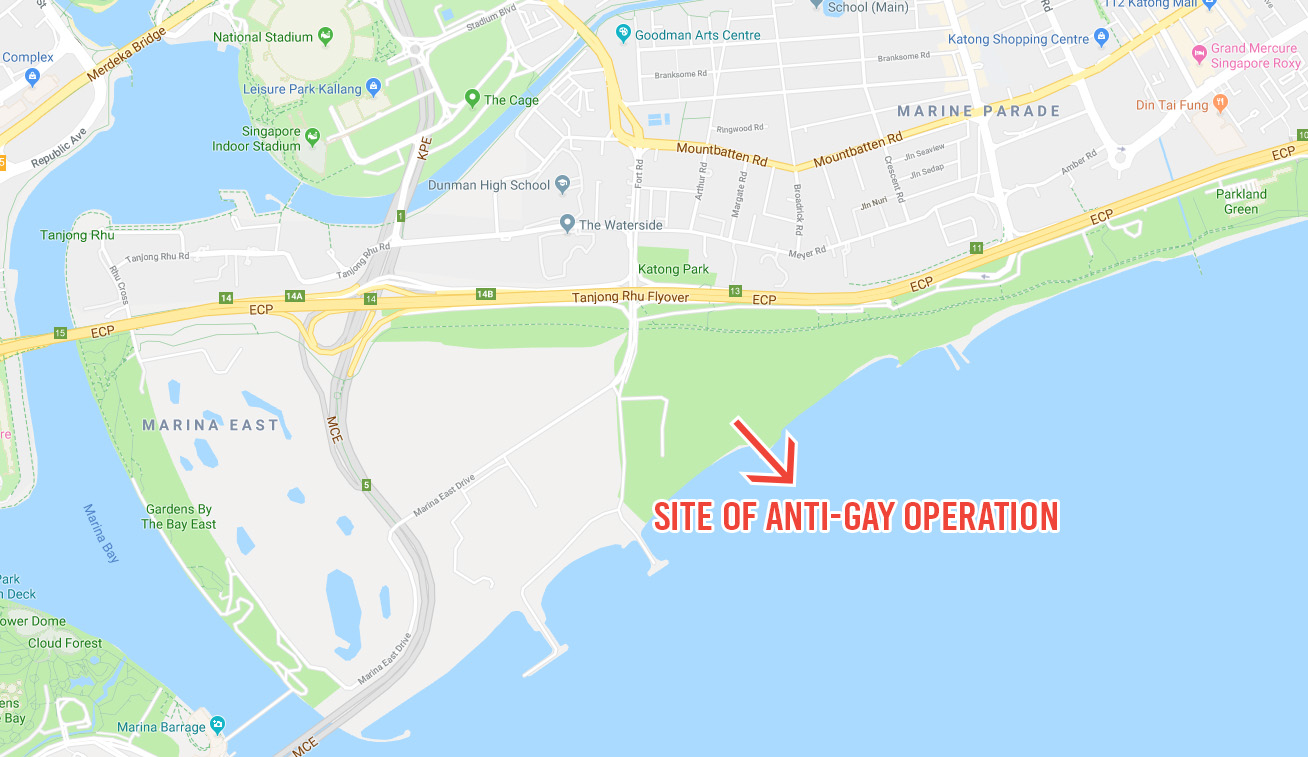 Plainclothes policemen from the Geylang Police Division Headquarters were posted to the area and posed as decoys.

There, they would pretend to be gay and chat up men in the area. In one instance, a police decoy allegedly suggested having sex in a nearby bush.

The entrapment exercise ended when the men made physical contact with police decoys. Back-up officers would then move in and arrest the gay men.

The Straits Times reported the matter extensively, naming all 12 arrested as well as their occupations.

Interestingly, none of the 12 were charged under Section 377A, which prohibits “gross indecencies” between men. Instead, they were arrested and charged with outraging their victims’ modesty. 6 of the arrested men pleaded guilty and were sentenced to jail sentences ranging from 2 to 6 months, and three strokes of the cane each.

The Tanjong Rhu incident goes to show that Section 377A doesn’t need to be actively enforced for the gay community to be discriminated against. Instead, it shows that the state has much greater means at its disposal to persecute the gay community.

The incidents of September 1993 have been immortalised in Boo Junfeng’s aptly-titled Tanjong Rhu, available on YouTube.

Although a fictional take on the events, the film is a stirring reminder of the people affected by laws like 377A as well as “anti-gay operations”.

More than 10 years later, it’s still a message worth sharing.

Featured image from Ron Angelo and The Straits Times.