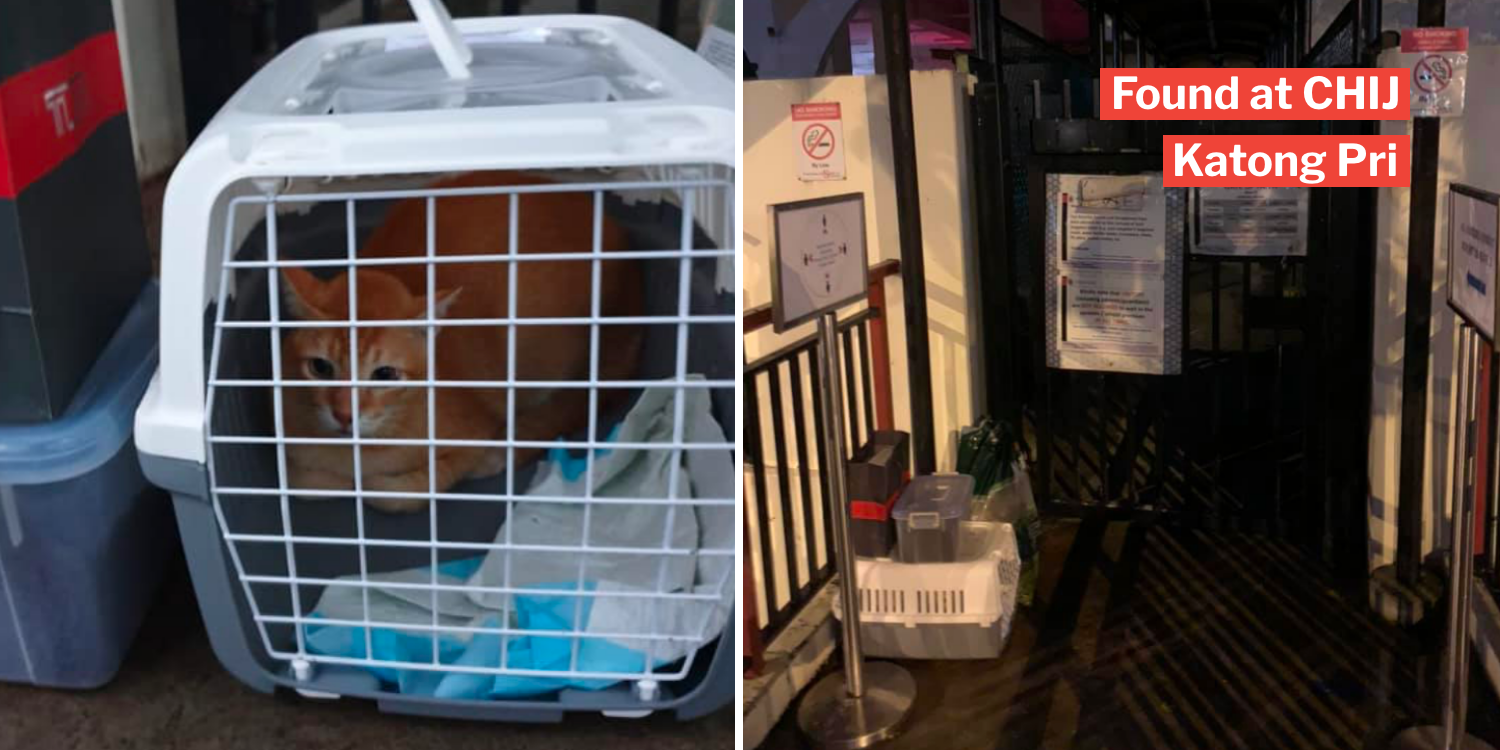 Owning a pet is a commitment that should last the animal’s lifetime.

However, owners may still need to give up their pets for certain reasons. However, handling your once-beloved pet compassionately should be the top priority when one has to do so.

The owner of this adorable ginger cat obviously didn’t keep this in mind. Amid heavy rain on Sunday (13 Sep), he or she left her to brave the downpour alone outside an obscure side gate of a school. 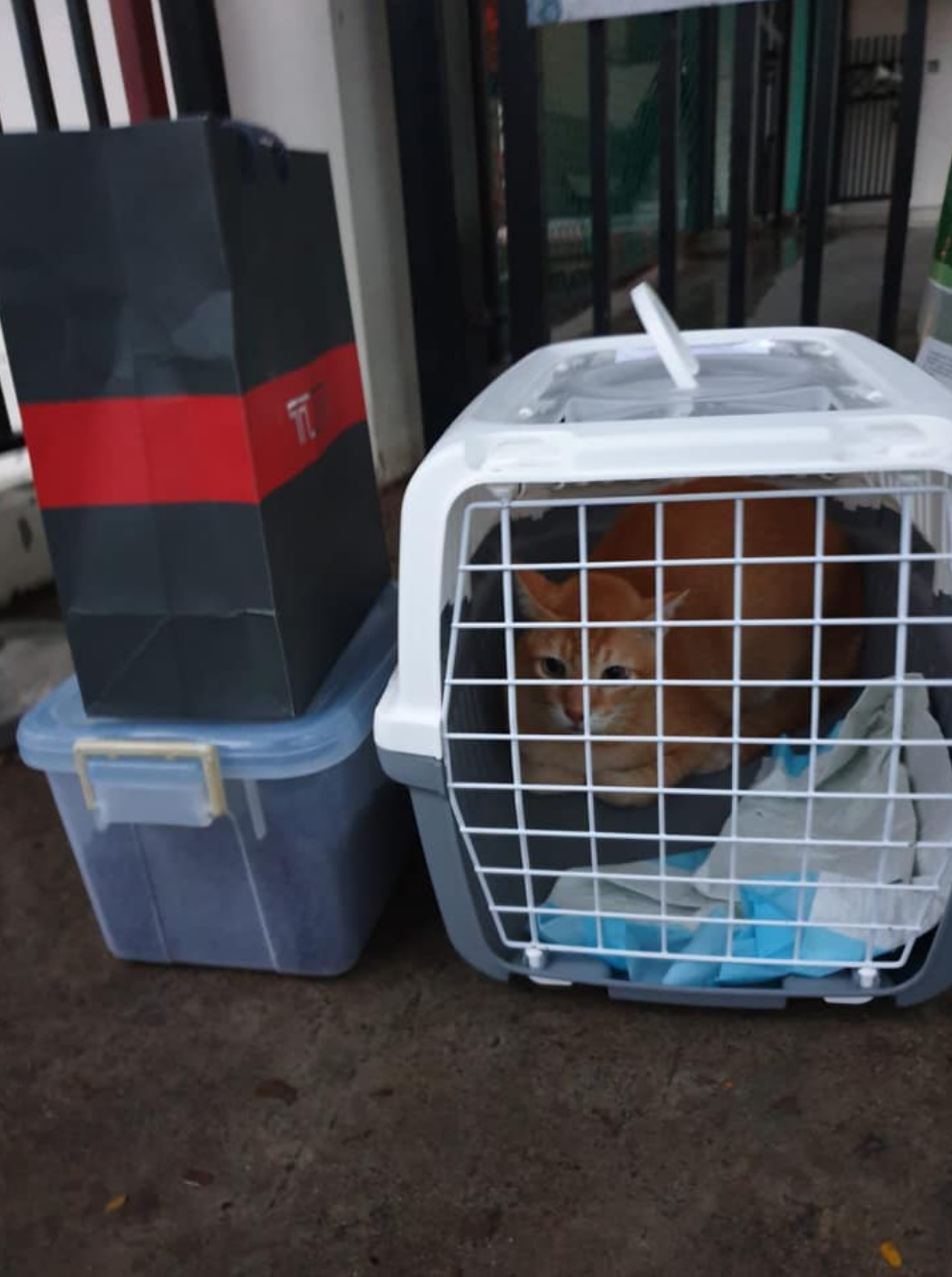 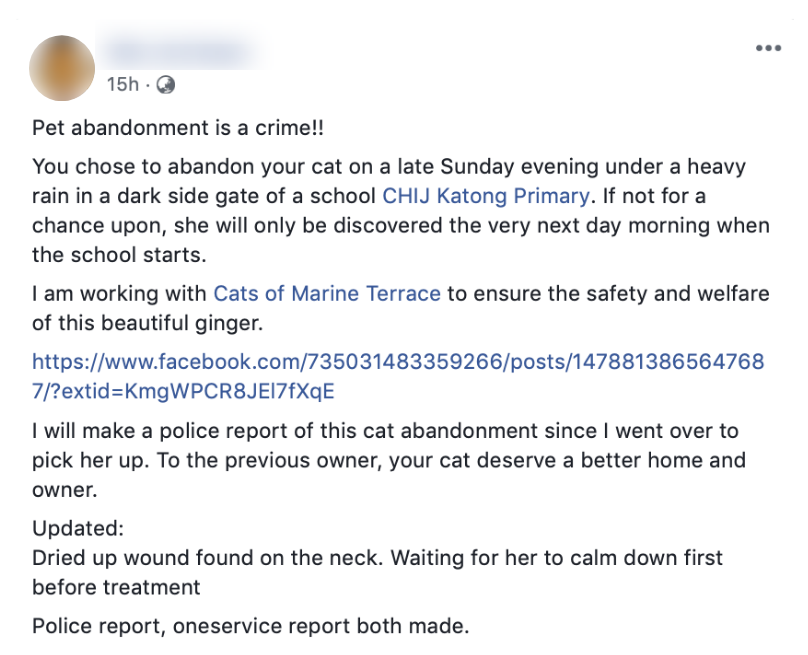 Cat was found by chance

Mr Kwan Wei Jie said he found the cat by a dark side gate of CHIJ Katong Primary School on Sunday evening, when it was raining heavily. 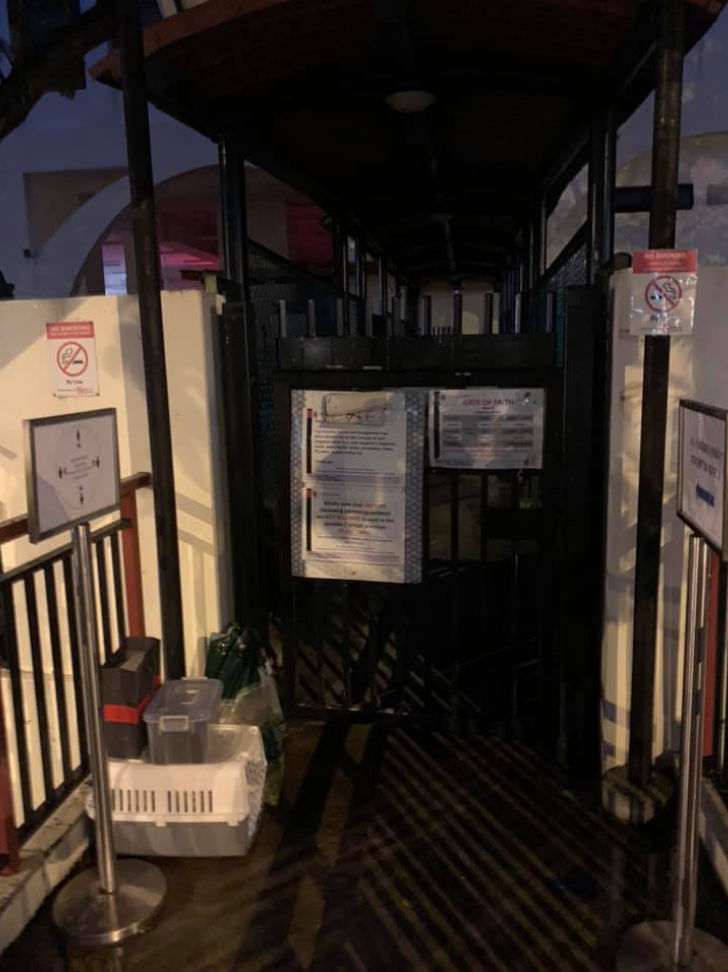 A note saying “My name is Abbey. I am sterilised. Please take good care of me” was left on top of her kennel. Given that it was raining cats and dogs, it must have pretty chilly there.

Due to the obscure location, Abbey might have spent the night alone in the cold, and found only the next day when school started.

Mr Kwan subsequently brought her to Cats of Marine Terrace, a group that cares for strays in the vicinity.

Cats of Marine Terrace subsequently posted a Facebook update on Abbey, saying that she’s under the care of Mdm Tan, a cat feeder who cares for its community cats. As an old wound was found on her neck, the kitty was brought to the vet for a check-up.

For those who are interested in helping Mdm Tan with Ginger’s treatment costs, do consider sending funds via bank transfer to her. The bank details are in the post.

Cat is on cage rest

In another Facebook update, Cats of Marine Terrace said Abbey was now resting in a cage for the moment. 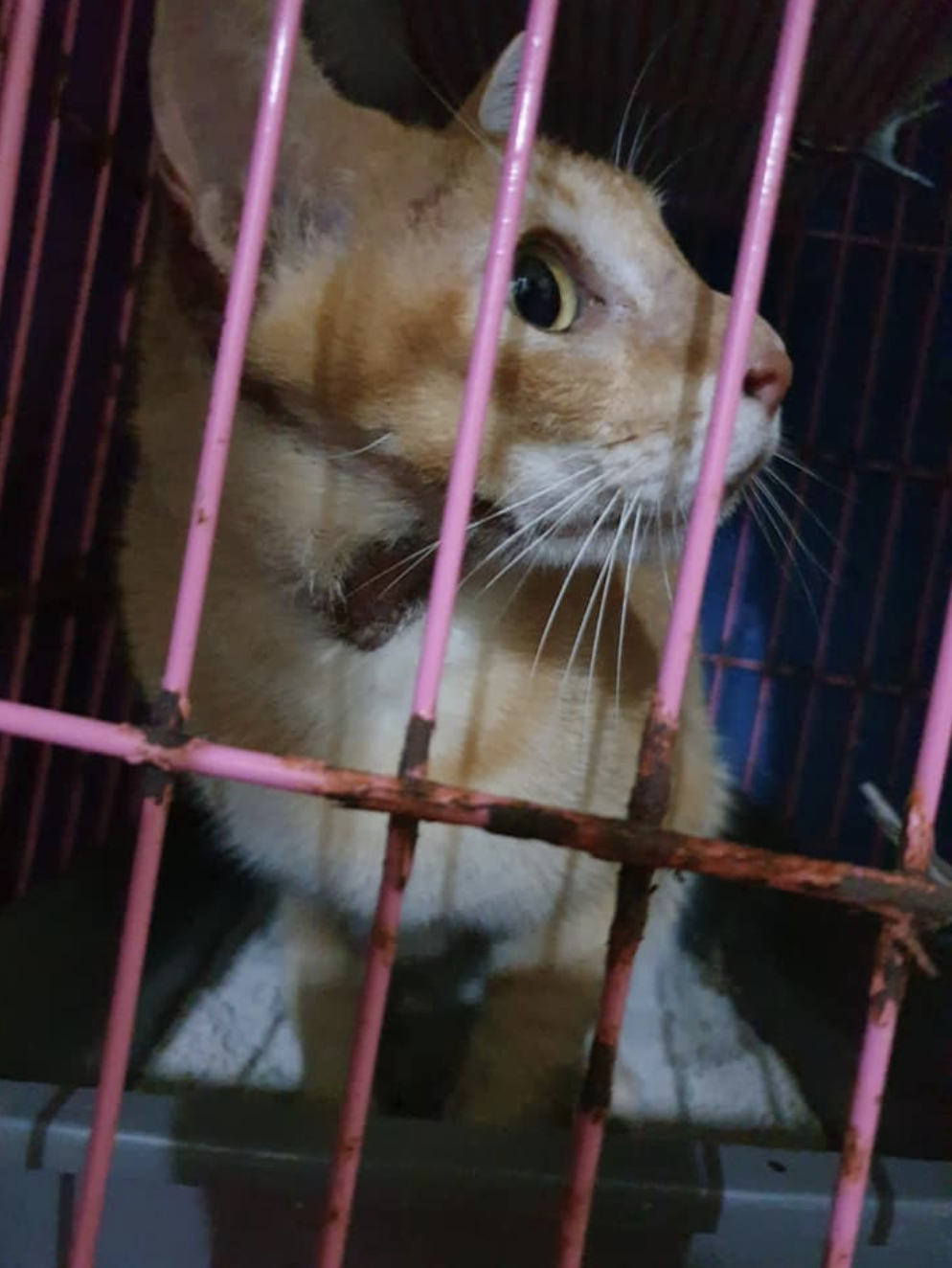 The group also questioned why her owners would abandon her like that.

Pointing to her wound, they speculated if the owner was scared of potential medical costs, or underlying medical issues.

Cats of Marine Terrace also claimed that intentional pet abandonment is illegal, and is subject to a fine or imprisonment.

Mr Kwan, who found Abbey, has already made a police report.

Cats of Marine Terrace is also appealing to the public for witnesses who may be able to identify the owner.

For the time being, it’s looking for someone to foster the cat.

Go through the proper adoption channels

Owning a pet is a commitment that should not be taken lightly, and we should try our best not to give up our furkids for adoption.

However, owners who really can’t take care of their pets any more shouldn’t abandon them to the mercy of the elements

Instead, they should seek help from the many compassionate groups that are willing to help, for example animal welfare groups like Cats of Marine Terrace or Exclusively Mongrels Limited.

Kudos to Mr Kwan, Mdm Tan and Cats of Marine Terrace who helped Abbey the ginger cat. We hope she finds a good forever home soon.