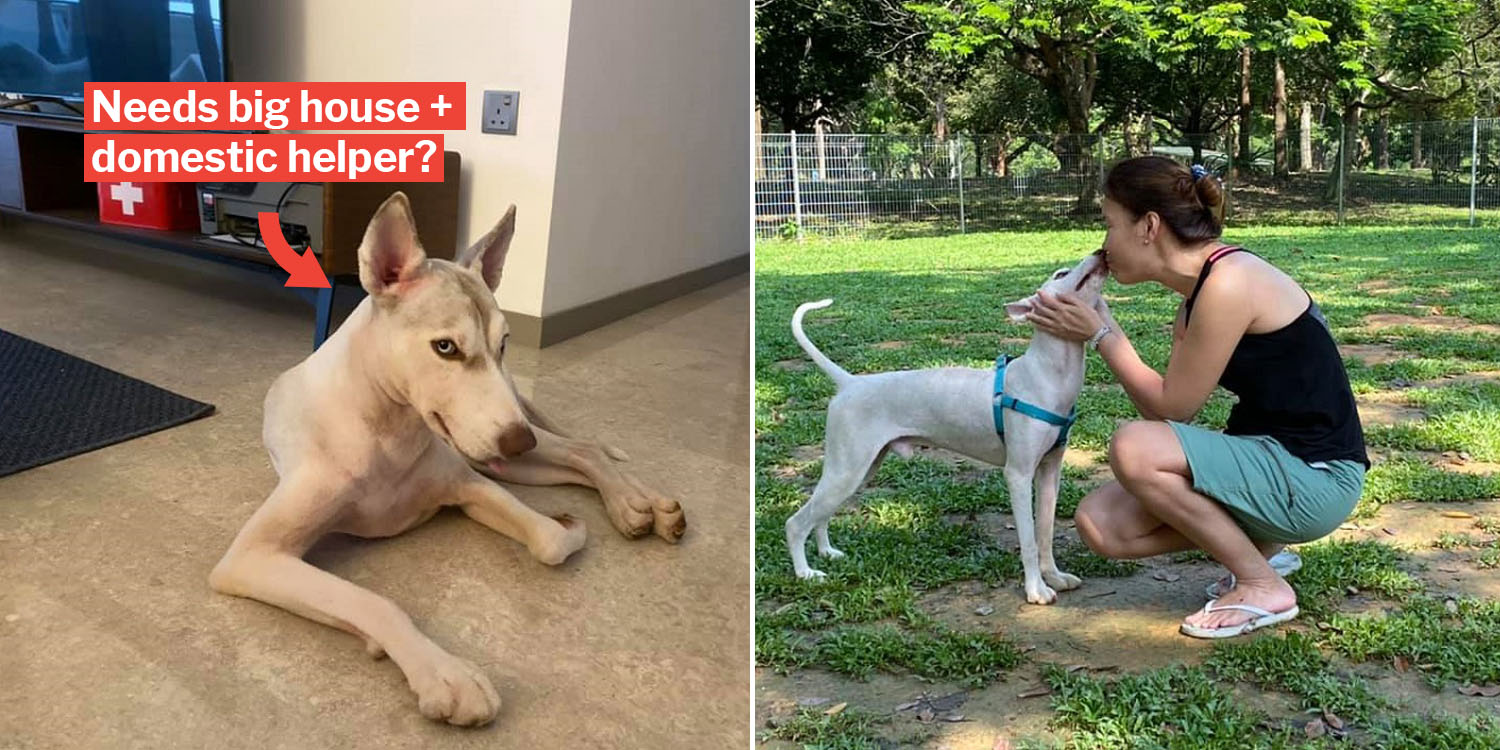 You’d think that TLC is the main standard for dog adoption, but it might not be enough.

On Tuesday (12 Nov), Ms Lisa Saw shared that she responded to a Facebook post by an animal welfare group, which she abbreviated as AWG, stating that a fosterer or adopter was urgently needed for a Husky.

She helped him recover from malnutrition and successfully nursed him back to health.

A few weeks later, she claimed in a Facebook post that the AWG started running adoption drives to promote the Husky to others despite her daily updates to convey her desire to keep him.

Here’s the breakdown of her story.

Two weeks ago, an Animal Welfare Group (AWG) was on the hunt for an adopter for a Husky.

The dog was reactive to other dogs and diagnosed with separation anxiety. In his previous home and former foster’s, he “scaled the babygate, barked the whole night and destroyed some stuff in the flat”.

Ms Saw quickly volunteered to care for the dog. She claims that AWG’s founder said her family would get top priority to adopt the dog because they quickly responded to his plight.

They even went the extra mile and brought him to a dog groomer for a proper shave. Ms Saw and her daughter also nursed him back to health and fed him good food.

Not surprisingly, the Husky showed remarkable progress and turned into an affectionate and obedient dog.

Not long after, Ms Saw wanted to accomplish AWG’s criteria so she could adopt her furkid.

A few days later, she was informed that a lot of aspiring pet owners also wanted to adopt her Husky on Facebook. As she was told she would get first priority to adopt, she was confused by this latest development.

Once Ms Saw asked the AWG Founder, she found that their criteria involved the size of a property and the presence of a domestic helper. The unusual criteria surprised Ms. Saw.

It is disruptive and stressful for the dog to change their handler and living environment.

AWG’s founder believed that it won’t take long for the Husky to adapt to a new home.

Despite previously declaring that Ms Saw would receive top priority, the founder highlighted she was only a fosterer. She was “out of line” to question her criteria.

Ms Saw claims that her dedication for the Husky was apparent in the daily video logs that she shared with the dog trainer and AWG Founder.

While the Husky has successfully recovered, the AWG founder ran adoption drives for him on 3 Nov and 10 Nov at a Punggol Park Dog Run.

On Sunday (10 Nov), Ms Saw claims the AWG founder was 30 minutes late so she endured the scorching heat with the Husky.

The poor furkid was put under such tremendous heat for long hours.

Despite the hot weather, the AWG Founder encouraged potential adopters to walk him for a few hours. Fortunately, Ms Saw brought water and mist to hydrate and keep him cool.

The uncertainty has caused distress for her dog and her family. They began to dread adoption drives so she confronted the AWG founder again.

Her justification remained the same — size of the property and a domestic helper. A helper could enable the dog to recover from separation anxiety.

Not surprisingly, Ms Saw was dumbfounded.

Since the dog was rescued from landed property, she believes a bigger space didn’t really mean better care.

If the AWG Founder thought that I was not suitable, why did she allow the dog to stay in my home?

Unlike other potential adopters, she had time to walk the Husky during the early morning and the sunset in Punggol Park. While AWG’s dog trainer was impressed by the dog’s quick transformation, his recommendation was ignored.

Ms Saw told MS News that she was puzzled over the criteria, and asked why such requirements were only made known to her after 2 weeks.

She also said she had asked for clarifications on what she was lacking in. She has this to say,

Are these criteria reasonable? These are very odd requirements by any adoption standard and do they impose the same stringency with adoption of a Singapore Special (local cross)?

Already resigned to the fact that she won’t get the Husky back, Ms Saw said if the dog wasn’t happy at her place, she would be glad if he could find a better home.

Animal welfare groups frequently vet potential owners. However, should the presence of a domestic helper and the size of a home be a part of the main criteria?

A family’s ability to love and care for a pet is usually the requirement for adoption. The presence of a domestic helper is convenient but their ability to nurse a dog might be questionable.

Note that Ms Saw’s account is only one side of the story. We have yet to hear from the AWG founder who seemed to oppose the adoption.

What do you think of this pet adoption criteria? Let us know in the comments below. 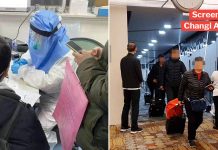