The car didn't stop after hitting the dog, eyewitnesses said.

Abandoned Dog Chases After Owners’ Car & Gets Run Over

When you take a pet into your care, it’s for the animal’s entire natural life.

That is what many people still need to grasp, including the ones who allegedly left a dog outside an animal shelter on Wednesday (5 Aug), leading to her death.

Warning: This story and the accompanying photos are graphic and may distress some people. 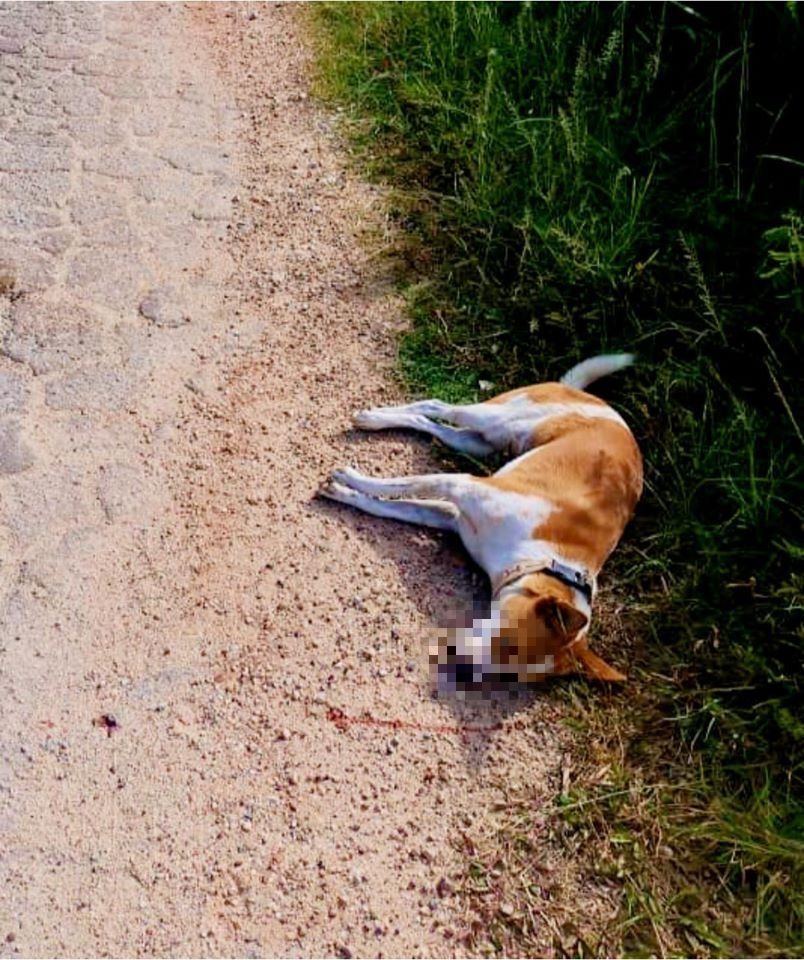 The heartbreaking story was shared by Noah’s Ark Natural Animal Shelter in a Facebook post on Thursday (6 Aug). 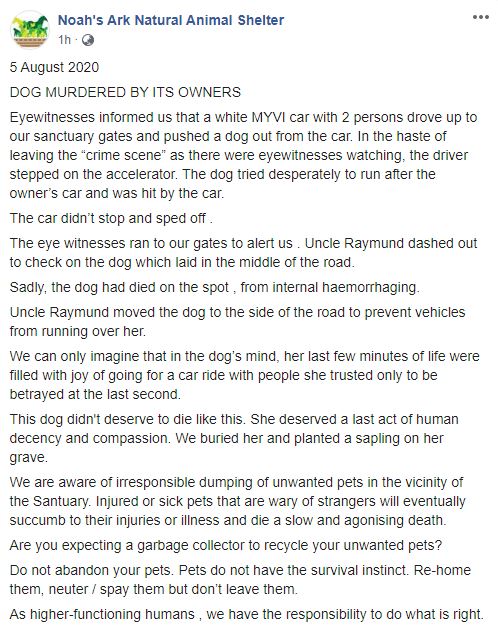 According to the shelter, eyewitnesses told them what had happened.

Car drove up and pushed dog out

A white MYVI car with 2 people in it drove up to the gates of the shelter, said the witnesses.

They then allegedly pushed a dog out of the car.

The occupants of the car were in a haste to leave the scene, said the witnesses, so the driver stepped on the accelerator.

Unfortunately, the stunned dog allegedly tried to run after the car, and ended getting hit by it.

The car didn’t stop despite this occurring, the witnesses said.

Dog died on the spot

After being alerted by the witnesses, Uncle Raymund from the shelter ran out to the check on the dog.

But by that time, she had already died on the spot, Noah’s Ark said.

They cited the cause of death as internal haemorrhaging. 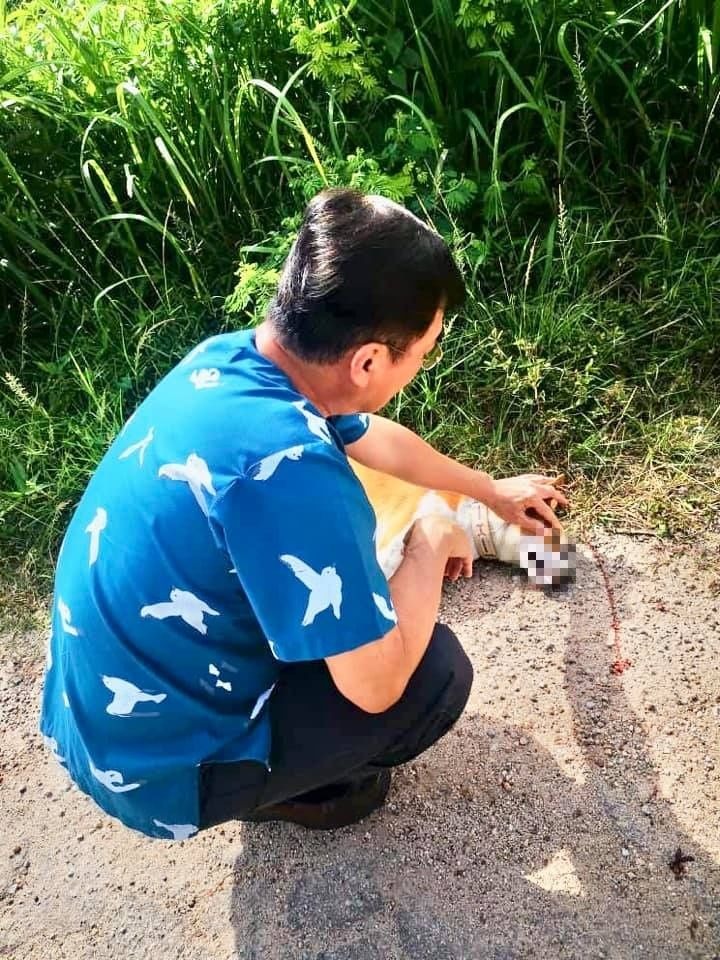 Noah’s Ark said that they buried the dog and planted a sapling on the grave.

They did this as she “deserved a last act of human decency and compassion”, they said.

The shelter also imagined what would have run through the dog’s mind in its last moments.

She would have been happy to be going for a ride with her owners, but ended up being betrayed at the end, they said.

Noah’s Ark said they know that unwanted pets are being dumped nearby.

They cautioned that injured or sick pets will eventually die painfully, as they’re scared of strangers.

Many pets also don’t have the survival instinct to live in the wild.

They urged pet owners not to abandon their pets, and seek alternatives like rehoming them or sterilising them. They also appealed to their conscience:

As higher-functioning humans, we have the responsibility to do what is right.

A pet is for life

The sad story of the dog, if it’s accurate, is an indictment of the “buy and throw away” attitude of some people.

Animals are living creatures with feelings that are not products to be thrown away once you’re sick of them or it becomes inconvenient to keep them.

Being loyal to a pet through thick and thin also reflects well on your character and humanity.

Owning a pet may not be for your whole life, but it should be for the animal’s entire natural life, and it’s a responsibility you shouldn’t take lightly.