Queen Elizabeth II had visited the block in 1989.

Most residents like to live in a clean and uncluttered environment. However, what’s outside their home is difficult to control.

Some HDB residents whose home surroundings are unsatisfactory may have to resort to complaints to the authorities, or the media, to hopefully resolve their situation.

That’s probably why one Ang Mo Kio resident has reached out to MS News to highlight the rubbish and dirt that has been accumulating on the ledges of his block. 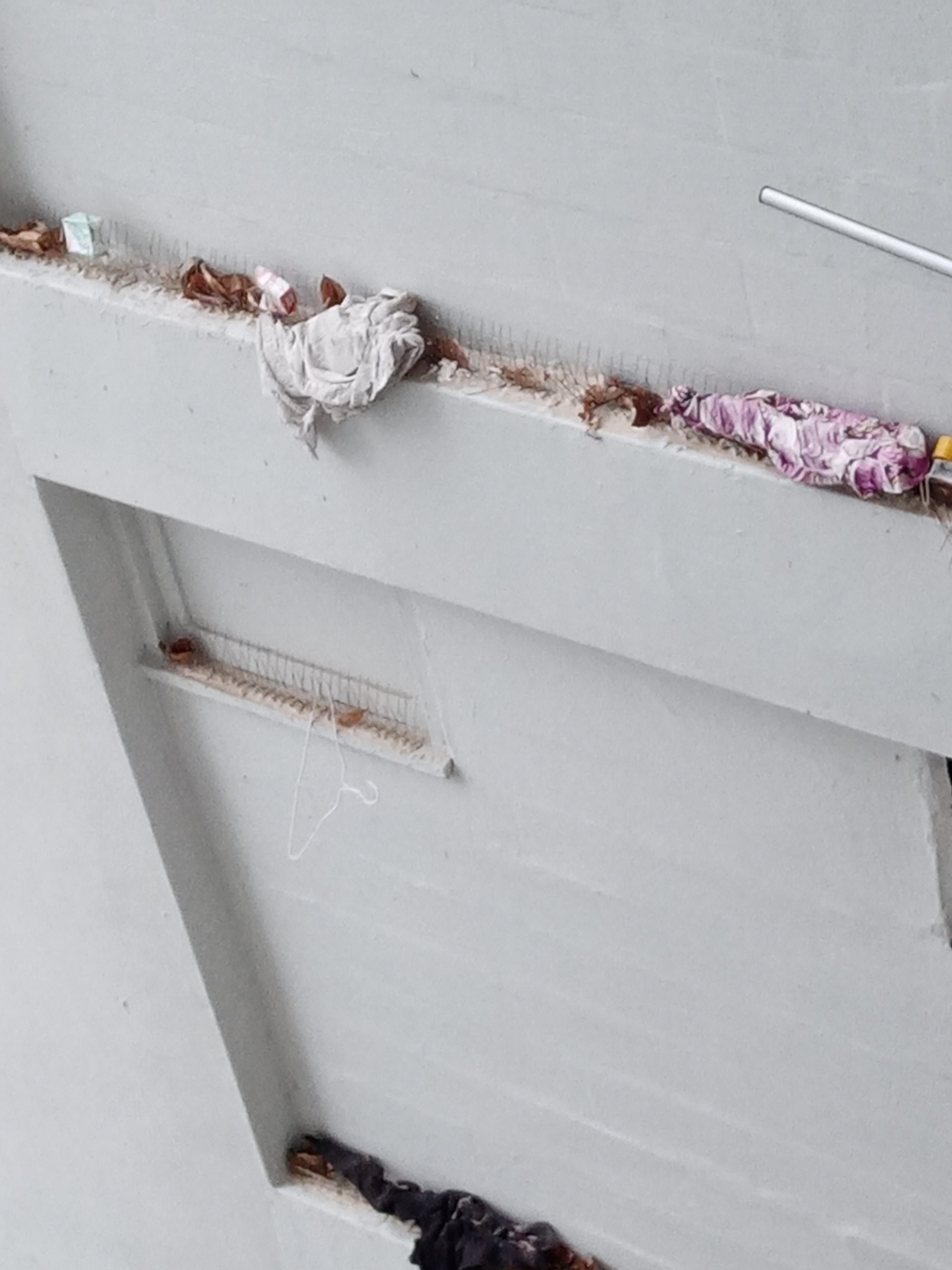 Apparently, they were caught there by spikes that were put up to deter birds. 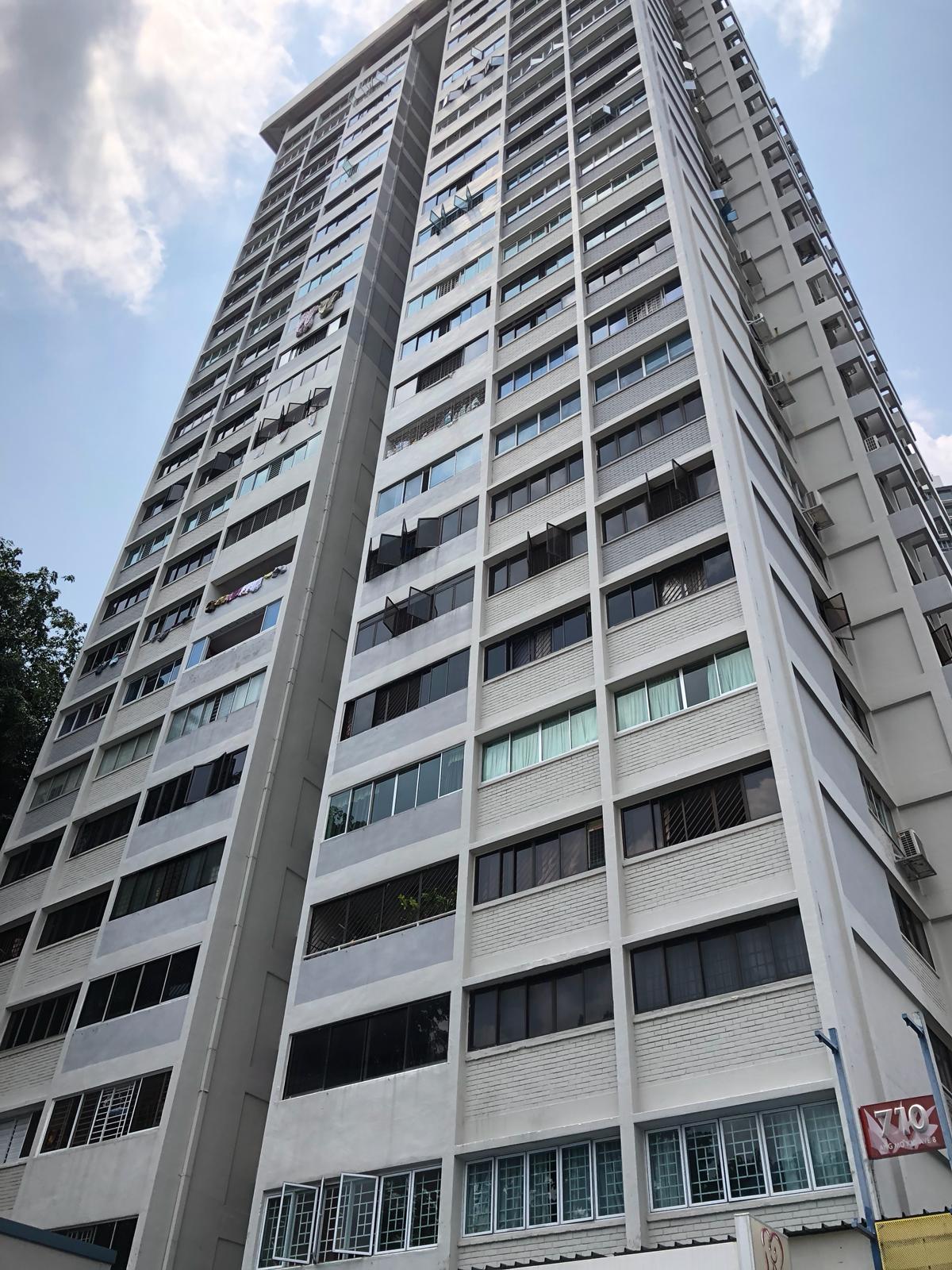 He said that spikes were installed on the ledges of his block last year.

They were meant to keep birds away, he claimed.

Spikes caught all sorts of rubbish

However, they might have kept birds away, but they also ended up catching all sorts of rubbish.

From the photos he shared with MS News, rubbish like leaves, bits of string and even pieces of cloth that may have fallen down from units above can be seen on the ledges. 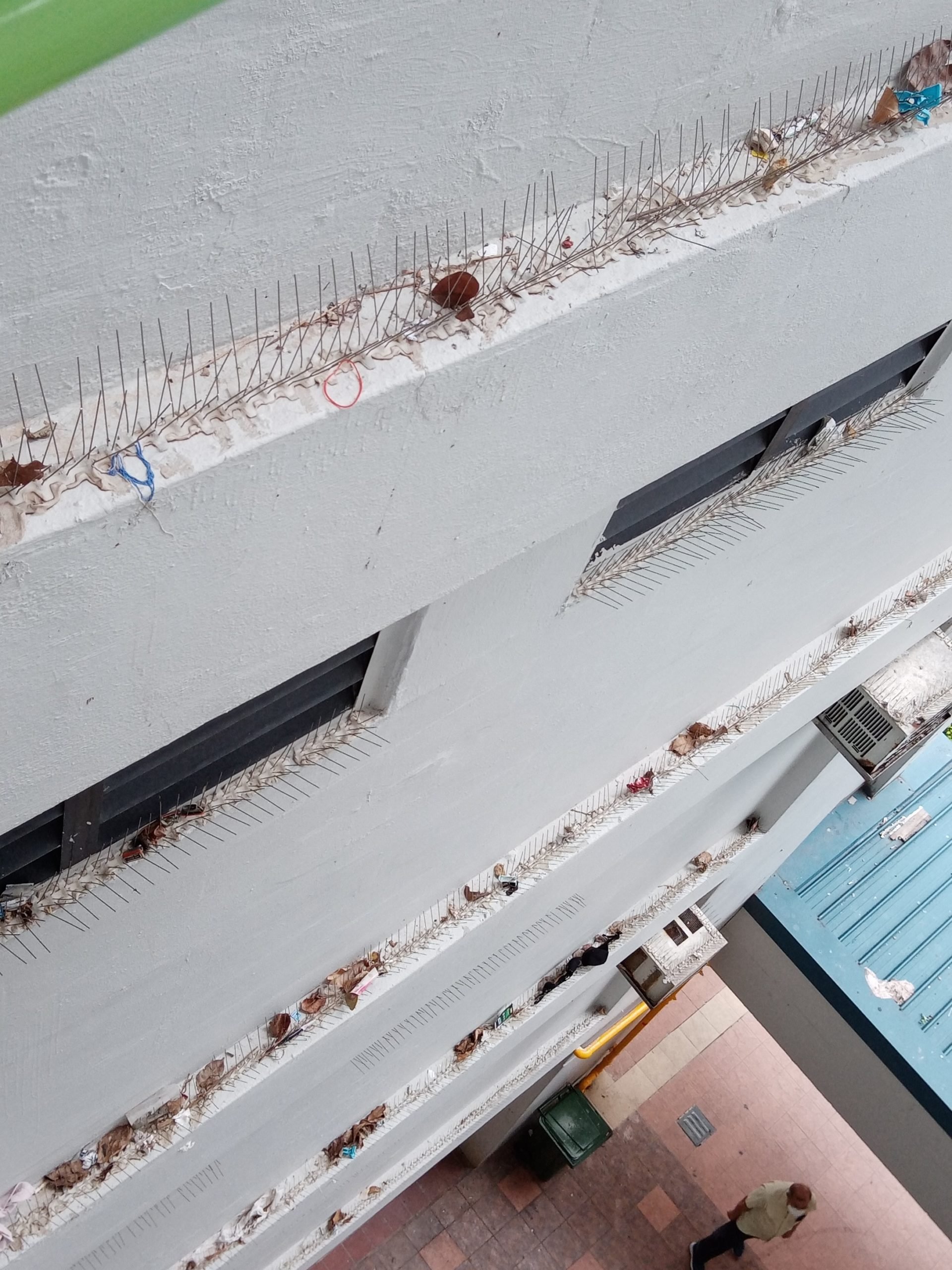 Ordinarily, these items may have fallen to the ground or washed down by the rain and swept away by cleaners.

However, with the spikes, they’re trapped on the ledges, and it’s unclear how they can be regularly removed.

As the rubbish-filled ledges are behind the kitchen area of his unit, Mr Ang said he doesn’t want to hang his clean laundry there.

From the photos, any laundry hung from the flats will be quite close to the rubbish. 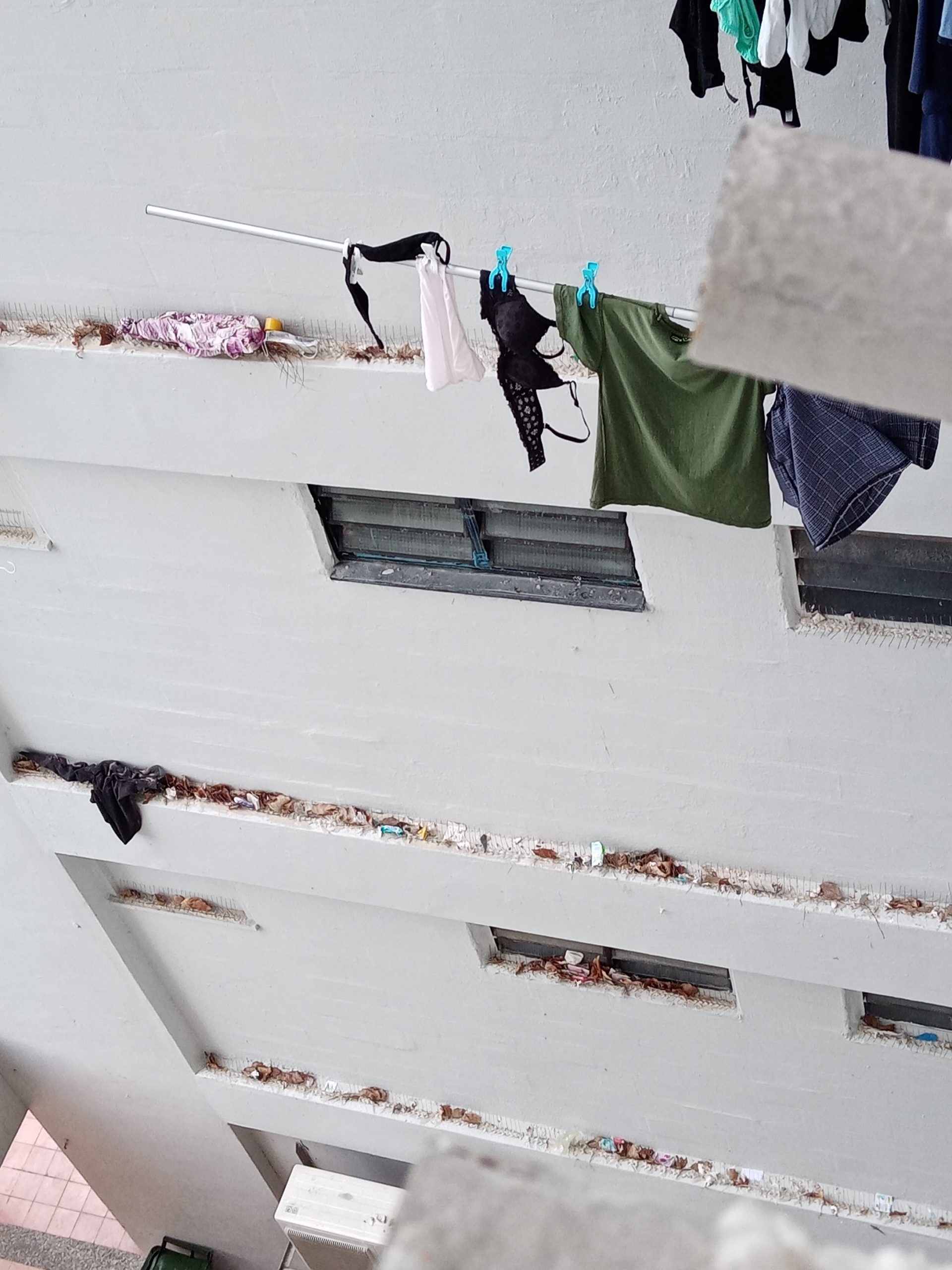 He also said he has to keep the kitchen windows closed all the time.

No action taken despite complaints

Mr Ang said he’s made complaints to the authorities.

However, no action has been taken so far, he added.

Clearly frustrated at the unsightly mess, he told MS News,

You won’t believe this scene can be seen in Singapore!

Block used to be ‘VIP’ block

According to a Facebook post by Ang Mo Kio Town Council, Block 710 used to be a “VIP block.

Foreign dignitaries used to be brought there for a visit to take a look at Singapore’s housing estates.

From there, they would be treated to a panoramic view. 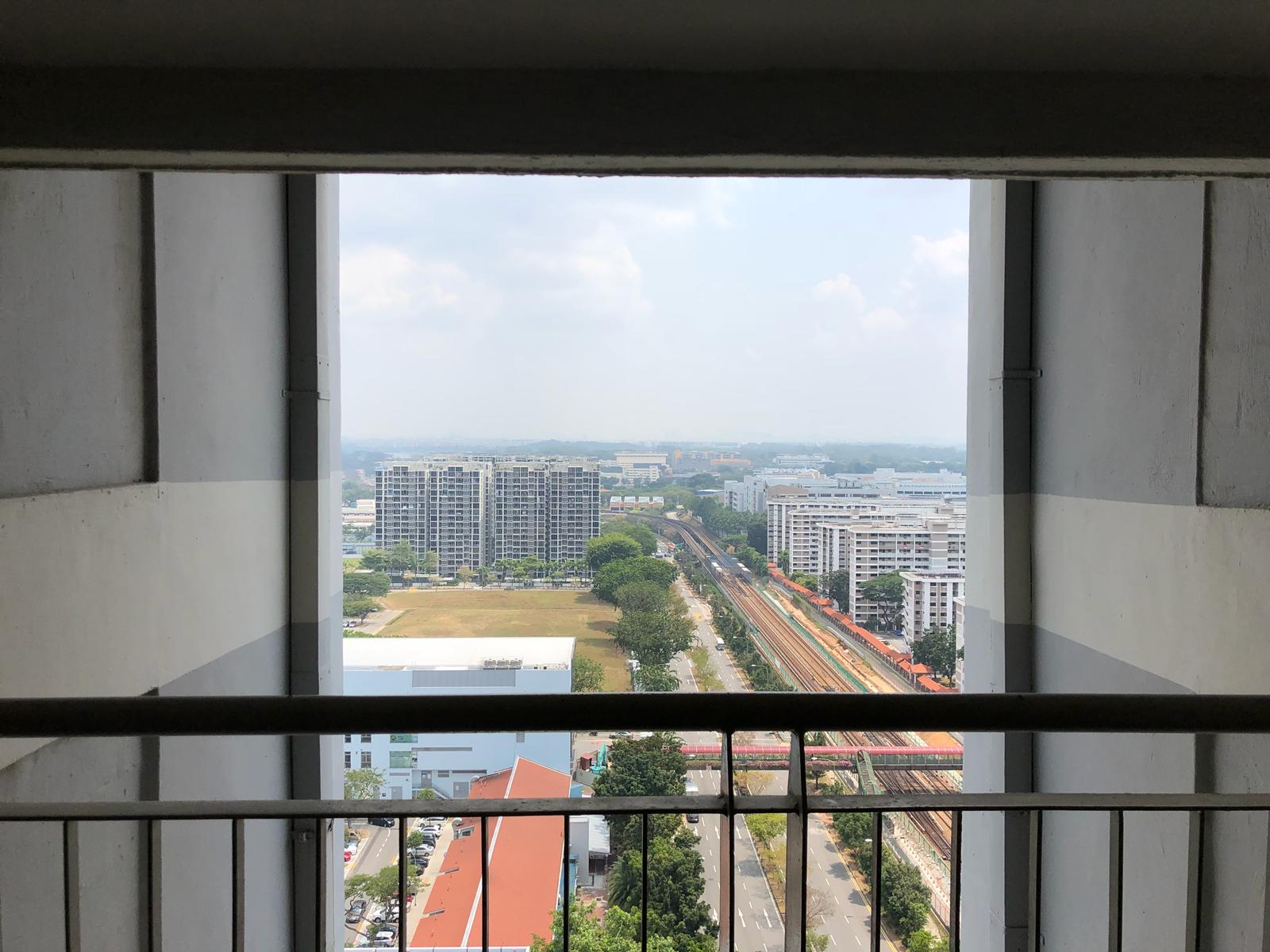 One of the VIPs that visited the block was none other than Britain’s Queen Elizabeth II in 1989. Unfortunately, from Mr Ang’s photos, it doesn’t seem like the block is in a state for the Queen’s gaze.

Hope the clutter is cleaned up soon

The clutter lining Mr Ang’s block is indeed unsightly, and we hope it will be cleaned up soon.

Perhaps the town council may want to look into another solution to chase away birds rather than the spikes.

If not, even if the block cleaned up, rubbish will accumulate there again.