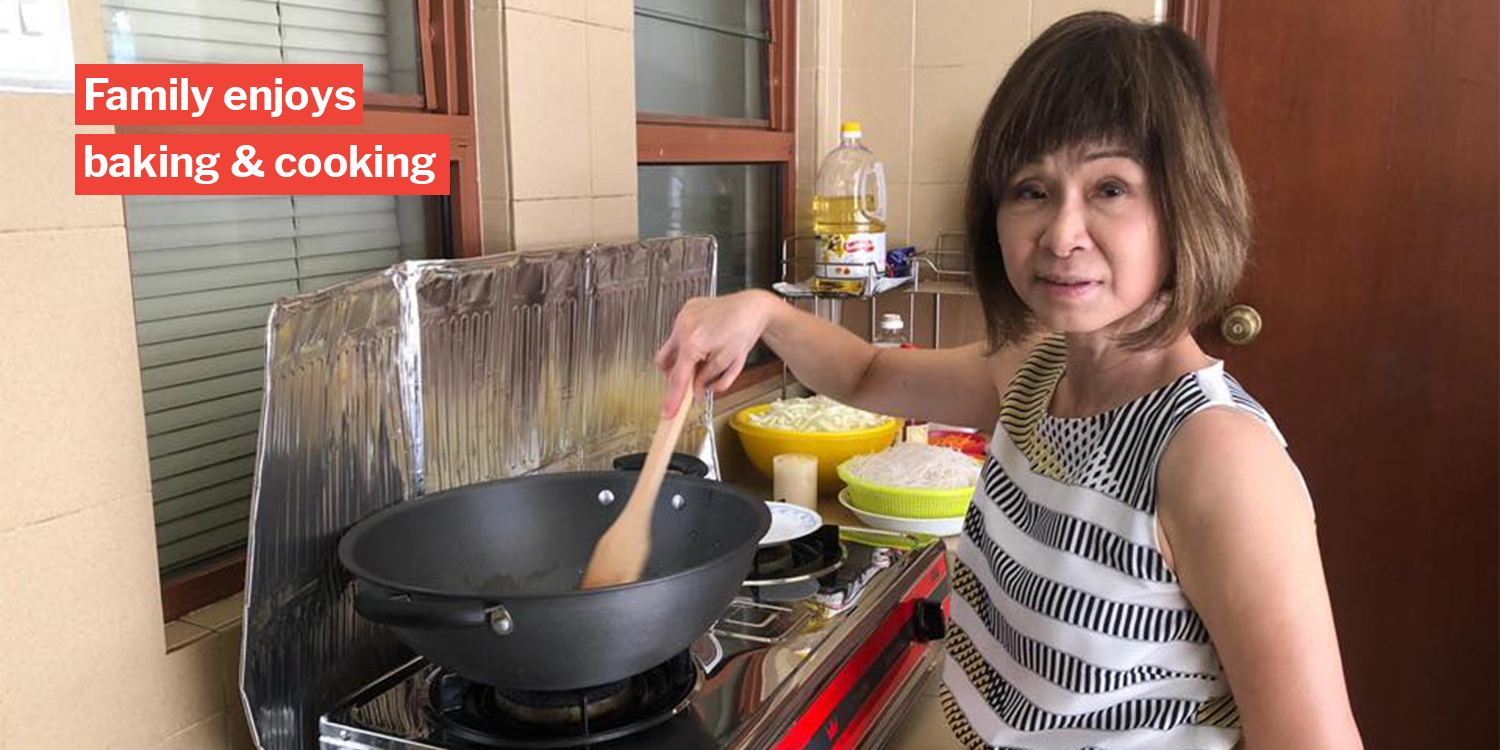 Dr Amy Khor Clarifies Large Number Of Eggs At Home, Not Due To Hoarding

For a moment, it seemed as though Dr Amy Khor had gotten into a sticky situation involving eggs and some accusations on Facebook in an innocuous post.

In the now-deleted post, Dr Khor is seen cooking fried beehoon, but some eagle-eyed netizens spotted several trays of eggs behind her in the kitchen.

The following screenshot, courtesy of Sin Rak Sin Party, shows a stack of eggs behind Dr Khor, as well as a 10 kg bag of rice. 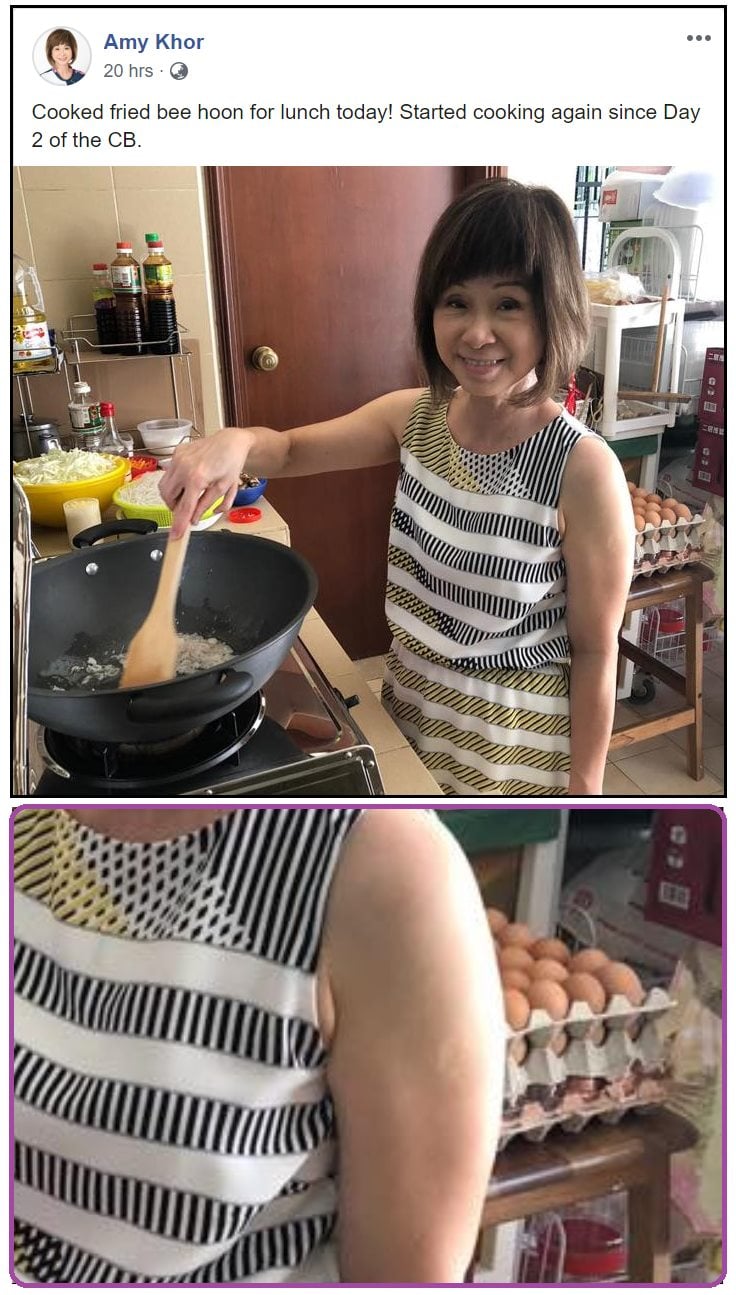 Netizens were, shall we say, curious as to the origin of that large stack. For a moment, she was known as Dr Egg-my Khor.

Later, the photos were replaced with 2 others which were noticeably void of eggs. Well, except for those on the bee hoon. 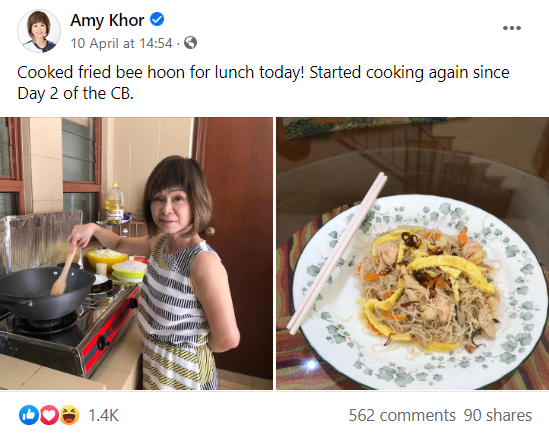 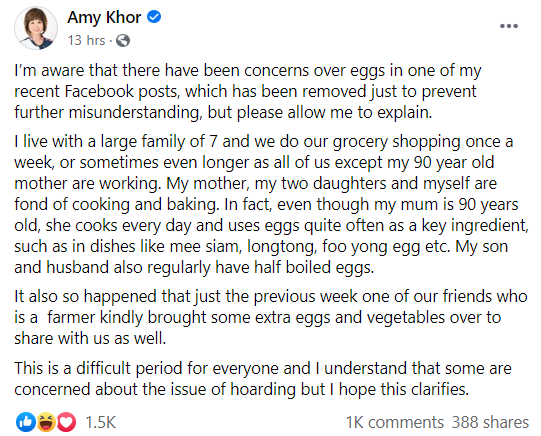 She lives in a large family consisting of 7, including her sprightly 90-year-old mother who cooks a large variety of eggy dishes like lontong, mee siam and foo yong egg. All wonderful dishes that have eggs in there, and foo yong egg in particular asks for quite a few in the recipe.

Additionally, there are several bakers in the house. That’s even more eggs. So even a 40-egg stack can be potentially used up within a week or 2.

Incidentally, the family also visits the supermarket probably once a week or less, because nearly everyone works. A working household probably doesn’t have the time to get groceries all the time.

And to top it all off, a friend who’s a farmer gifted Dr Khor’s family eggs and vegetables recently.

So in case you didn’t catch that, here are the reasons for the large number of eggs:

So, not a splat on the wall then.

Eggs and hoarding seem to have a weirdly symbiotic relationship in the eyes of some Singaporeans.

But as we’ve seen first from the hawker who spilled his eggs and now Dr Khor, there could be a myriad of reasons why someone would have lots of eggs at home.

Eggs are an integral part of many cooking households, so it shouldn’t be surprising to see some buy a lot of them at once.

The only issue would be if they have too many but end up not using them. That’d be wastage. But we can’t determine wastage from a single photo, so let’s not make sweeping statements about them.

It’s good that Dr Khor clarified the post, because remaining silent or deleting the post without an explanation wouldn’t look all that great.