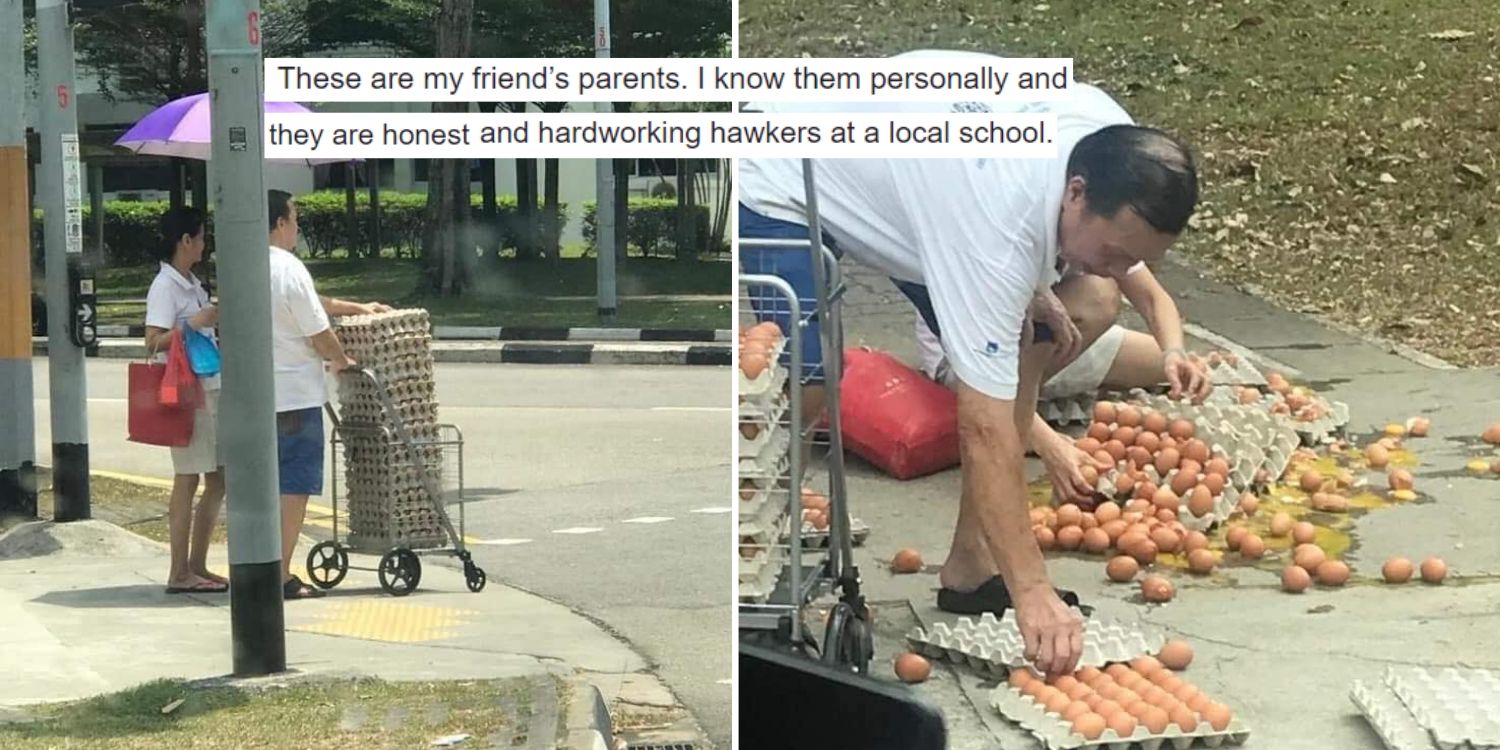 Let's not be quick to judge.

A picture depicting a man carrying a large stack of eggs and then bending down to retrieve them has gone viral, with many associating the fallen eggs as some kind of penance for “hoarding”. 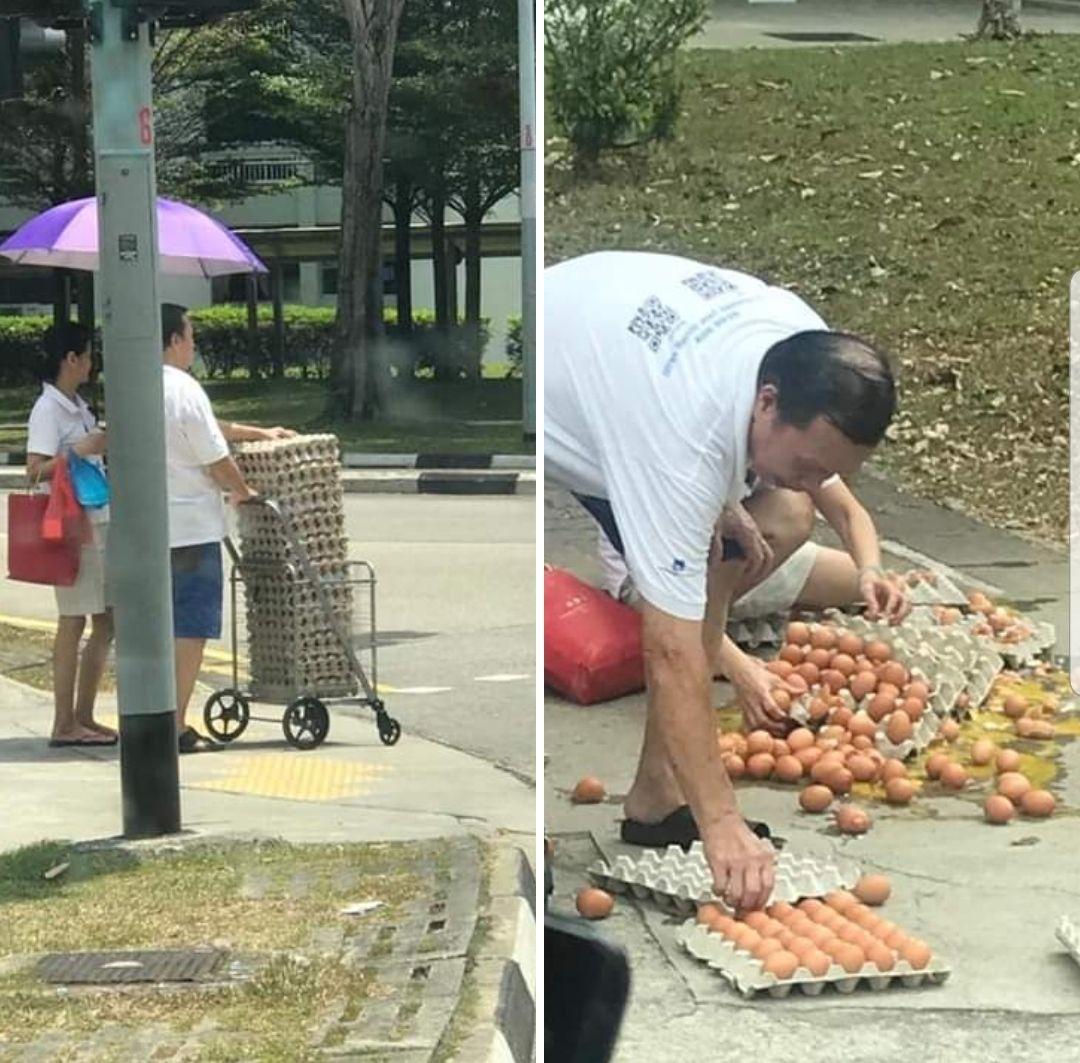 But there may be more to the picture than meets the eye, as a follow-up post by a netizen seemingly clarifies on Sat (22 Mar). 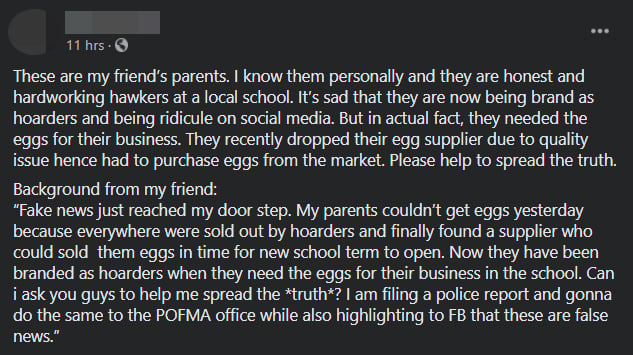 Posting on behalf of her friend who saw the picture, she sought to clarify their circumstances.

The 2 unidentified people in the picture are apparently hawkers or canteen vendors at a local school, according to the netizen’s friend.

Due to issues with their last egg supplier and the impending re-opening of schools after the end of the March holidays, they were scrambling for another place where they could get their eggs.

Eventually, they found a supplier who could sell them the amount required for a hawker — but they had to buy them at a market. 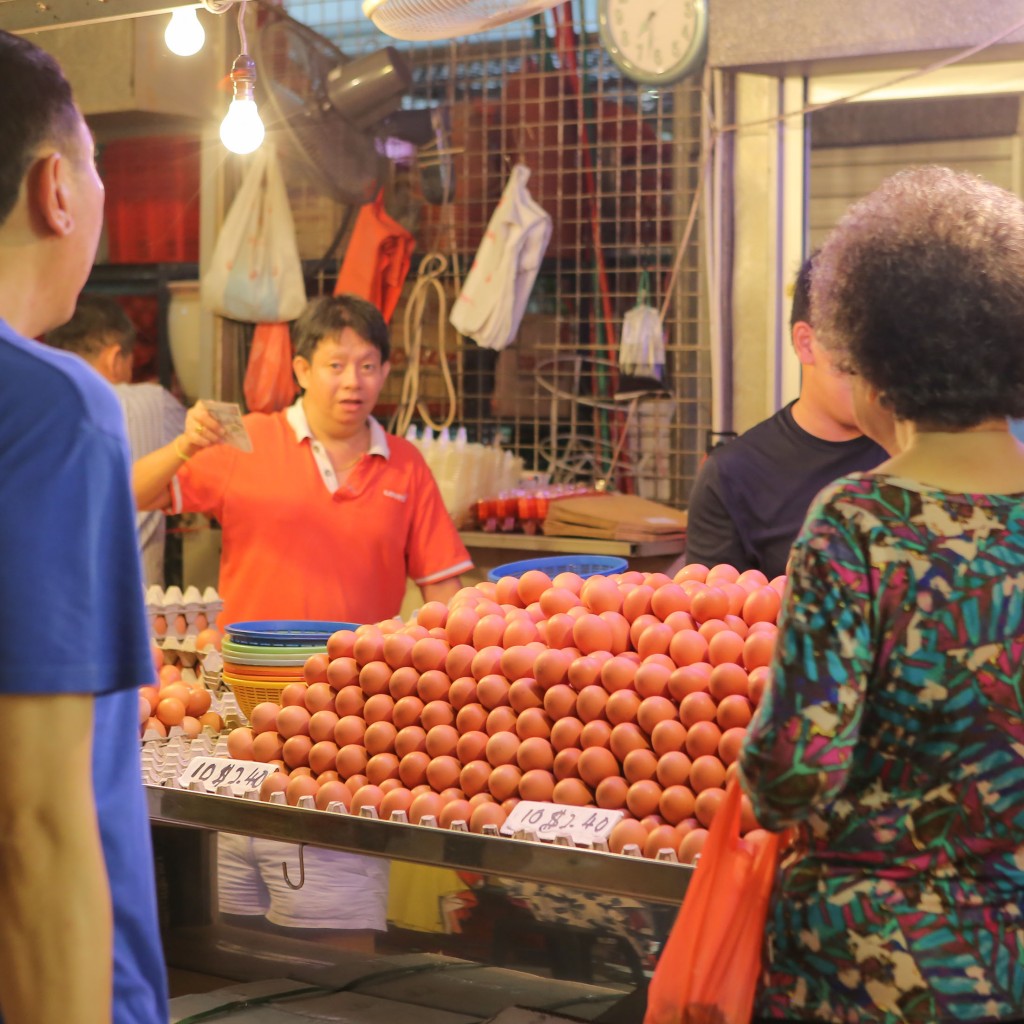 Perhaps due to logistical issues, they had to transport the eggs back via a grocery cart, precariously balancing the cartons stacked on top of one another.

As the circulated picture shows, the cartons toppled over, forcing the man to retrieve his eggs from the roadside.

Don’t be quick to judge, and don’t put your eggs in one basket

There were several comments offering help under the post, a show of how supportive Singaporeans can be.

Others were more sceptical, which is not a bad attitude to take on the Internet where anyone can make up a story accompanying a picture.

Regardless of the veracity, the post was made as a plea to not judge the man — after all, they’re somebody’s parents.

If we can take the time laughing to instead help out others, the world might be a better place to live in.

At the same time, there is another lesson to be learned that has nothing to do with hoarding: Don’t put all your eggs in one basket.