Fire Breaks Out In AMK Flat On 16 Jun, 7 People Taken To Hospital 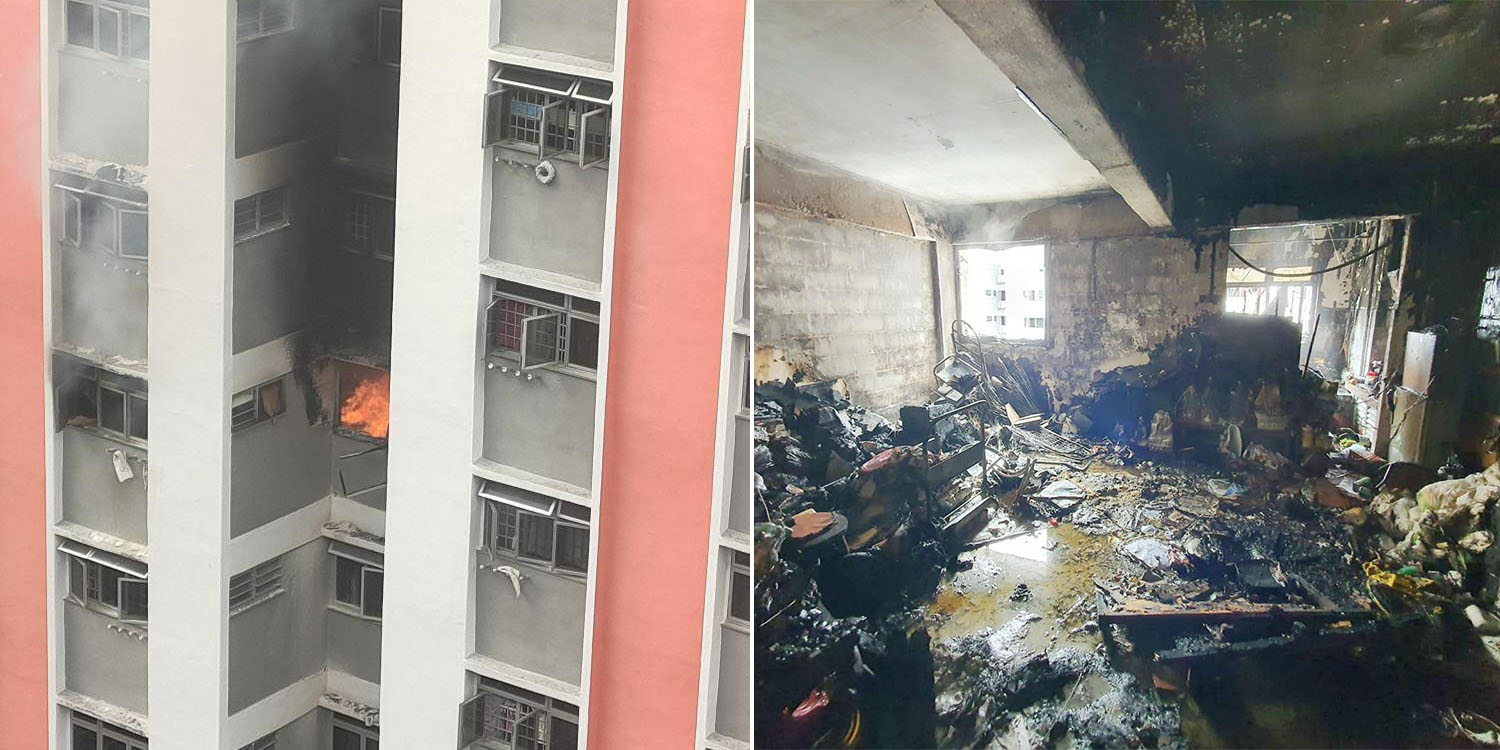 130 people were evacuated as a precaution.

In recent weeks, there’s been a spate of fires around Singapore. Just yesterday (15 Jun), a fire broke out at a shophouse in Outram.

On Wednesday (16 Jun), another fire took place, this time in an Ang Mo Kio HDB flat. 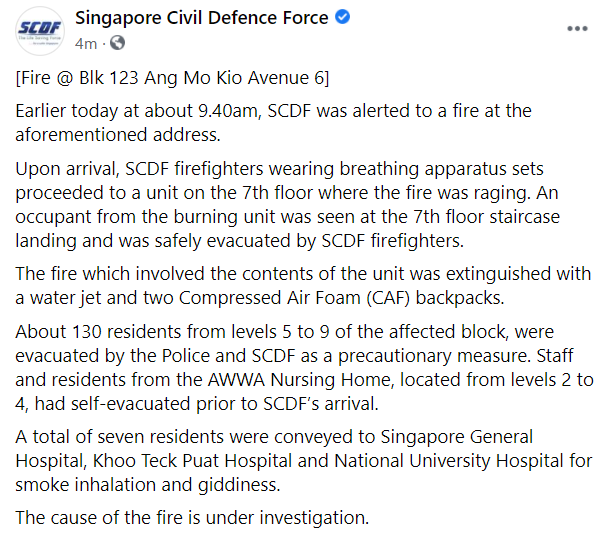 SCDF said that around 130 residents were evacuated as a precaution.

7 people in total were conveyed to the hospital. According to footage shared on social media, there was at least one SCDF ambulance at the scene. 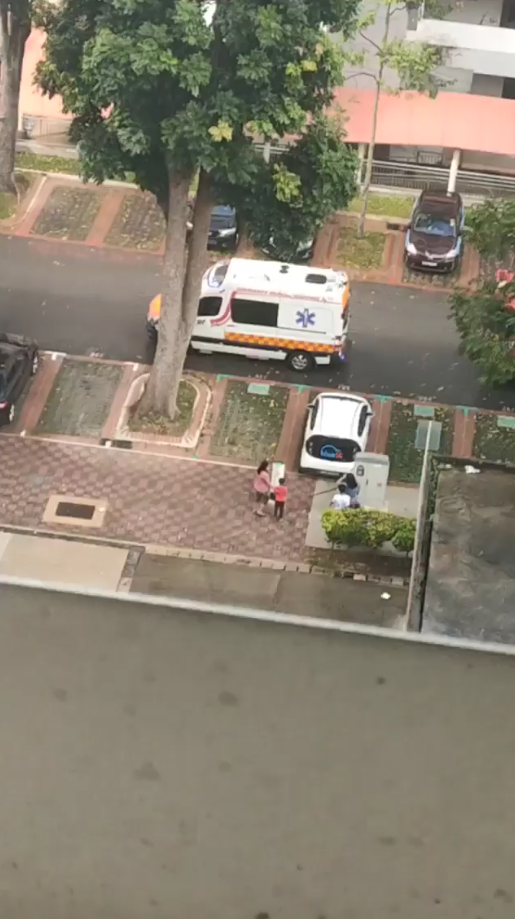 Heavy black smoke emitted from what appeared to be the flat’s kitchen all the while.

The amount of smoke is definitely a cause for concern — it’s also emitting from another window in the flat.

Luckily, it did not appear as though the fire spread to other units.

However, much of the flat’s contents were charred in the fire. 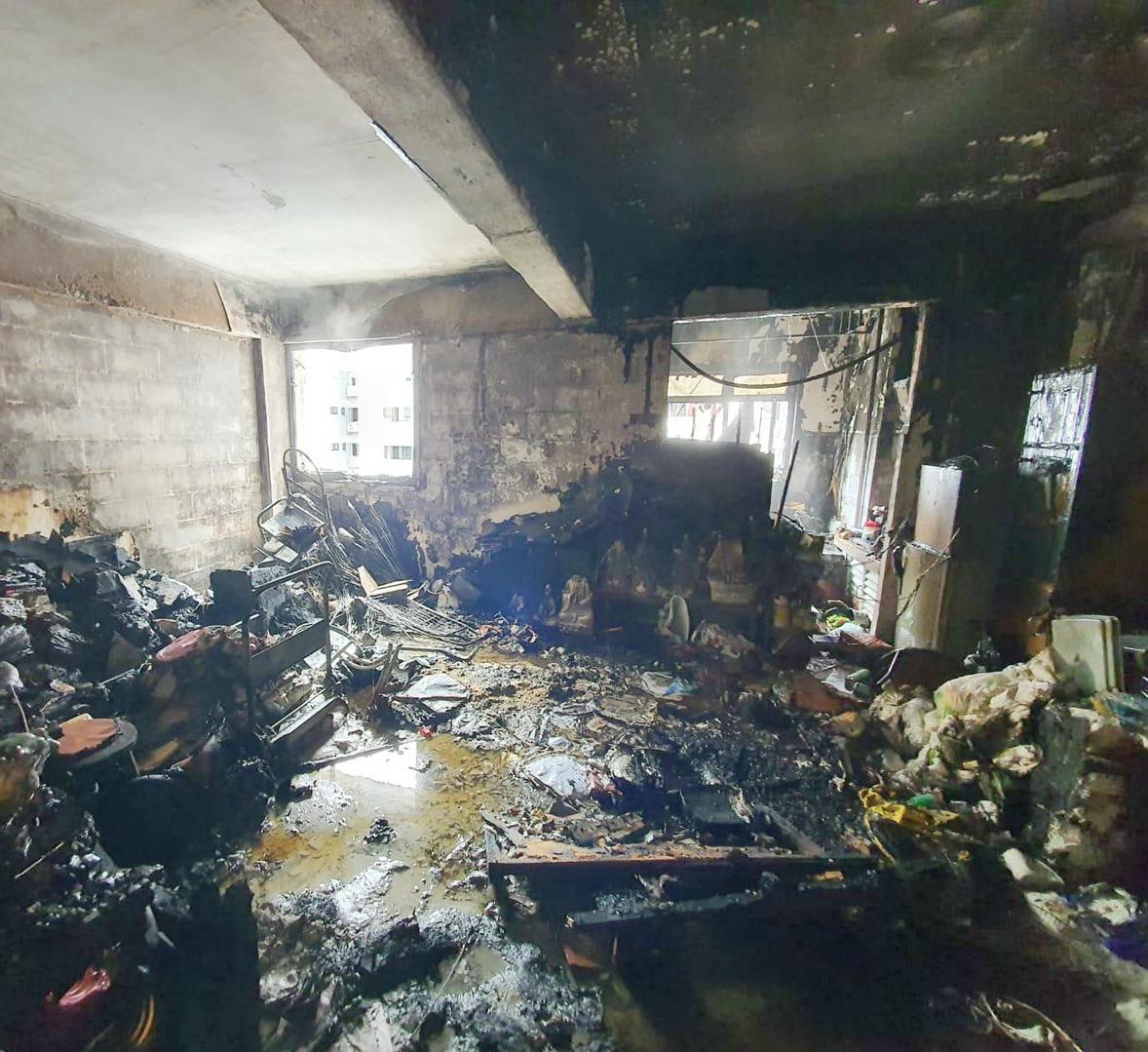 SCDF said that they found an occupant from the burning unit at the 7th floor staircase landing, and safely evacuated them.

The fire was put out with a water jet and 2 Compressed Air Foam (CAF) backpacks. 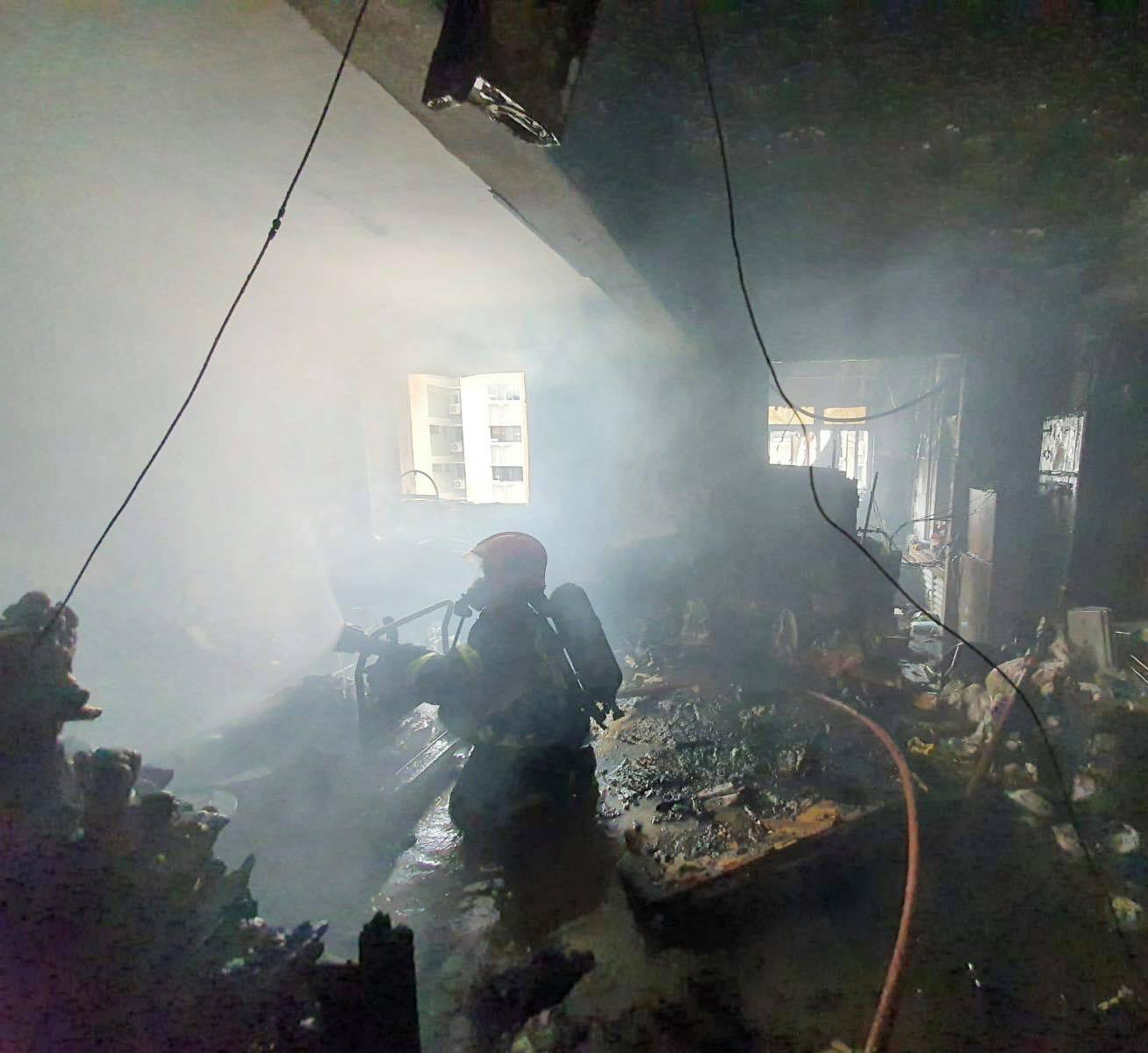 As a precaution, SCDF and the police evacuated about 130 residents from floors 5-9 of the block.

7 people were taken to 3 hospitals:

They were taken there for smoke inhalation and giddiness.

SCDF also said that the cause of the fire is under investigation.

We wish a speedy recovery to those affected and that the flat’s occupants manage to find another place to stay in the meantime.