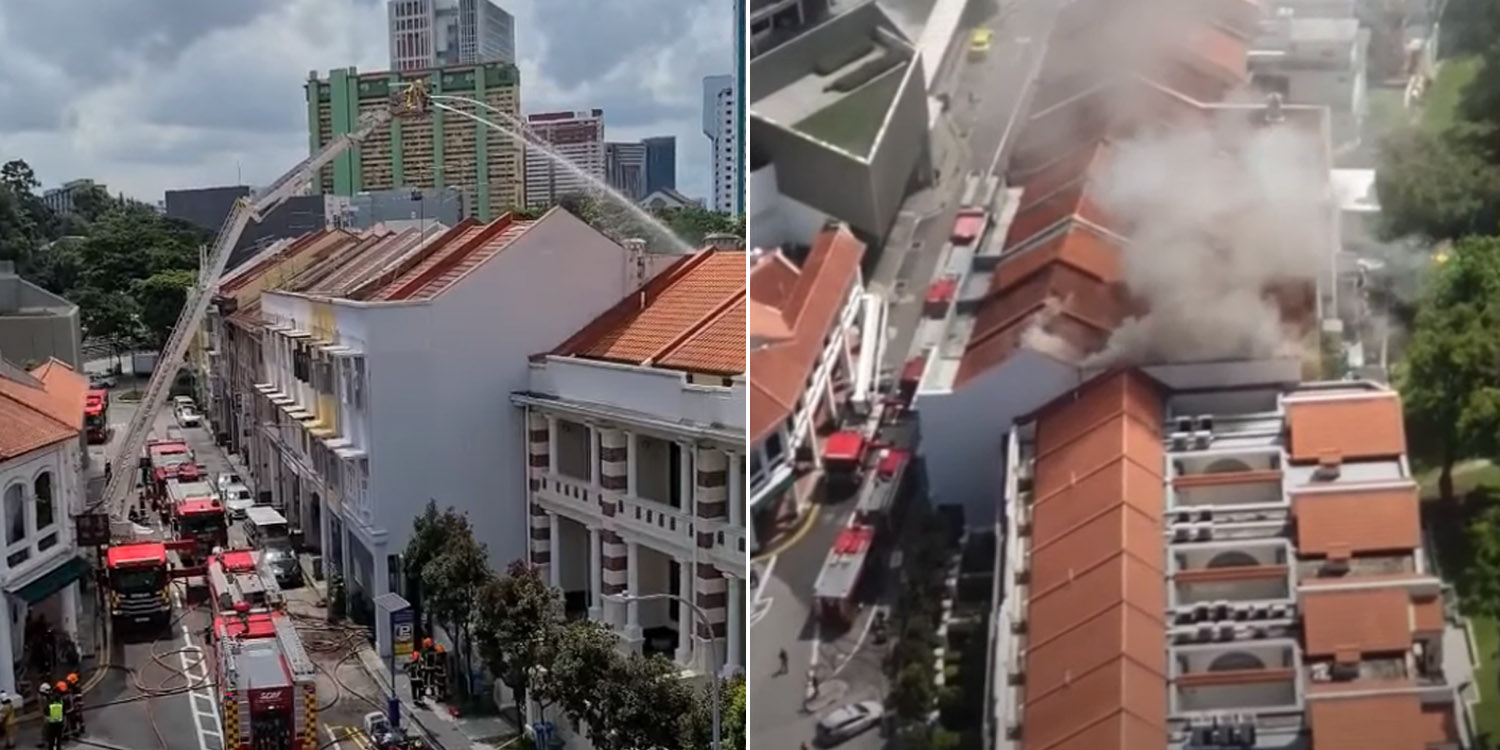 Sections of the ceiling reportedly fell on 2 firefighters.

Earlier today (15 Jun), SCDF successfully extinguished a shophouse fire at Outram Park with the help of a Combined Platform Ladder, or CPL60. 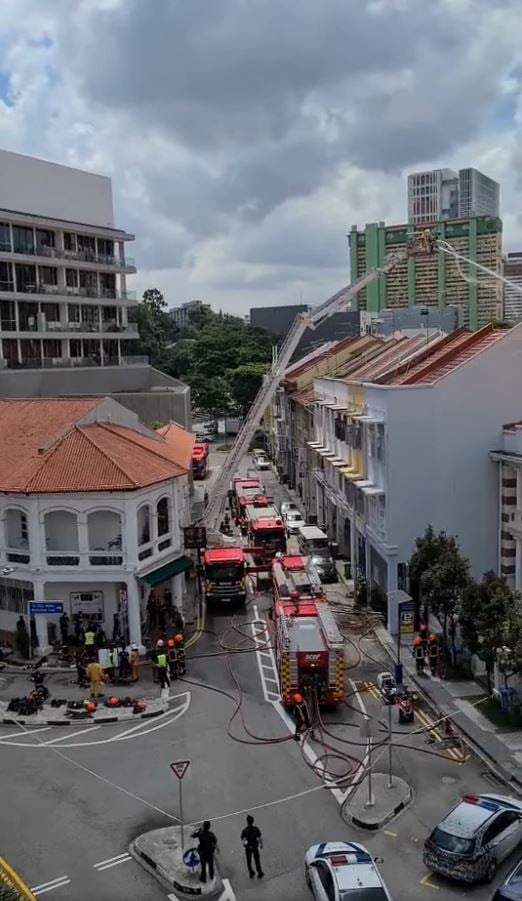 However, 3 officers reportedly suffered injuries in the process. One of them was even conveyed to a hospital after segments of the ceiling fell on him.

On Tuesday (15 Jun), a netizen shared a video on YouTube which showed thick plumes of smoke billowing from a shophouse in Outram Park. 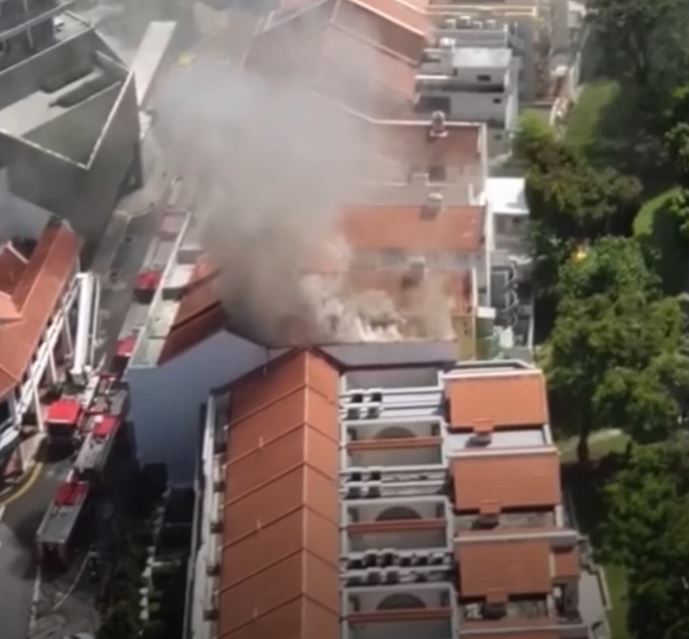 At least 4 fire engines seemed to be present at the scene, blocking off the 2-lane road.

Since the fire appeared to occur at a rather inaccessible point, SCDF officers had to deploy a high-rise ladder to douse the flames from above. 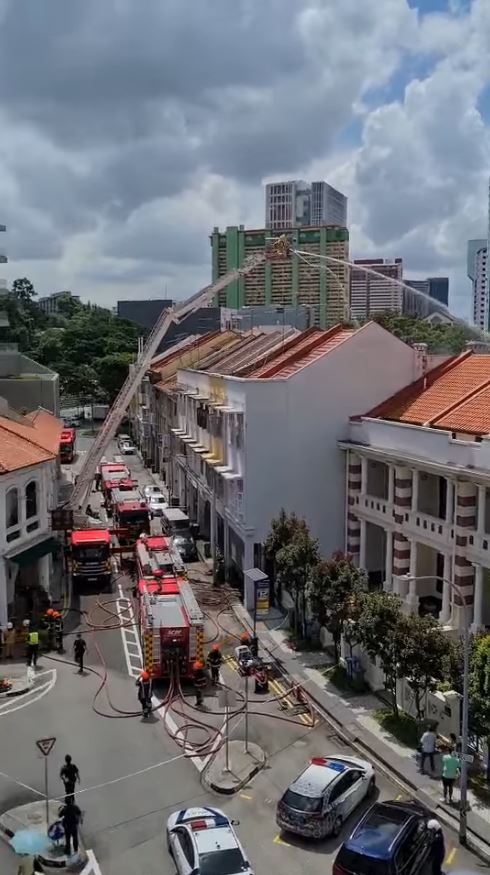 The towering equipment was easily more than 3 storeys high, and firefighters were seen directing strong jets of water from a suspended platform.

Later that day, SCDF shared on Facebook that they were alerted to the fire at 31 Teo Hong Road at around 11.15am on Tuesday (15 Jun).

The shophouse is just across the Singapore General Hospital (SGH) Campus near Outram Park MRT Station.

Prior to SCDF’s arrival, the occupants of the shophouse had already evacuated themselves. For precautionary reasons, 20 other people from the nearby units were also evacuated.

After about 2 hours, SCDF officers successfully extinguished the fire on the 3rd floor of the shophouse. 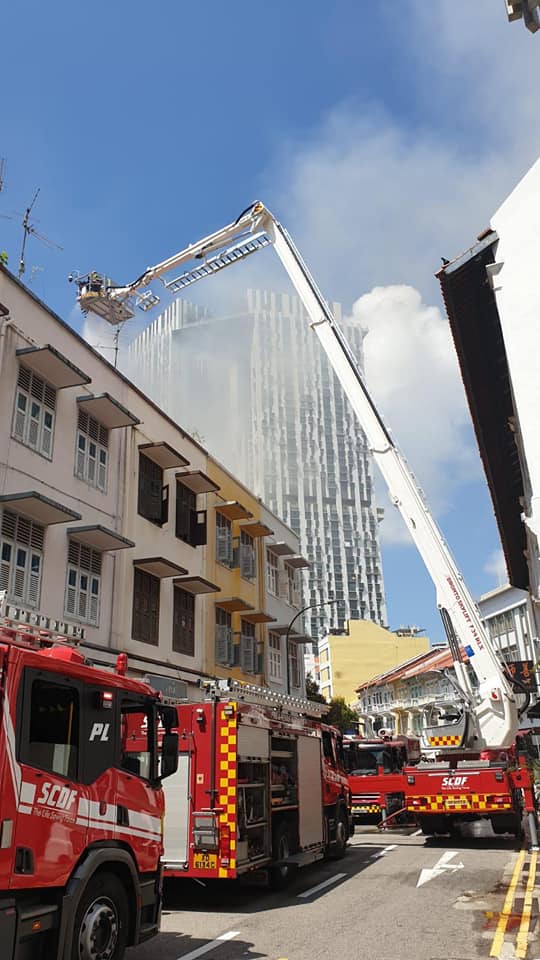 However, 2 firefighters on duty sustained injuries when parts of the ceiling collapsed on them. 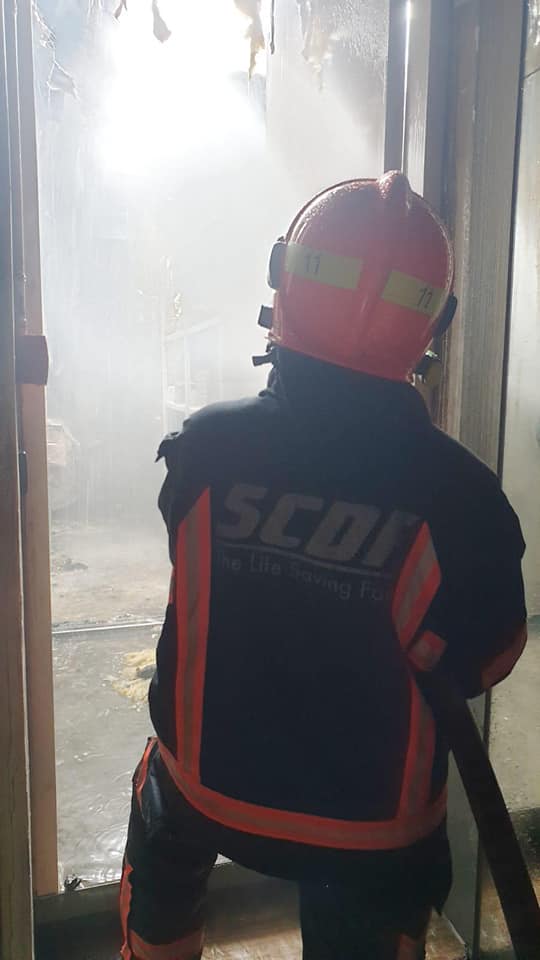 They were evacuated immediately and received medical attention from a paramedic.

Following the incident, one of them was conveyed to SGH in a conscious state while the other received treatment for minor lacerations at the scene.

Both donned Personal Protective Equipment (PPE) including helmets, which could have prevented more severe injuries. 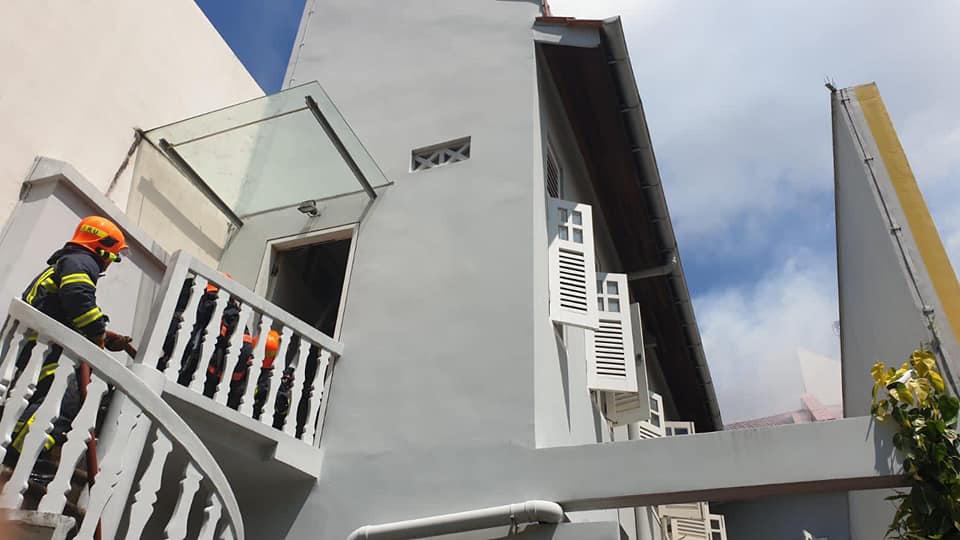 Our heartfelt appreciation goes out to the firefighters who constantly risk their lives to save others.

If not for their prompt actions, the fire could have easily spread to nearby units, resulting in more damages.

We hope the firefighters’ injuries weren’t too serious, and wish them a swift recovery.