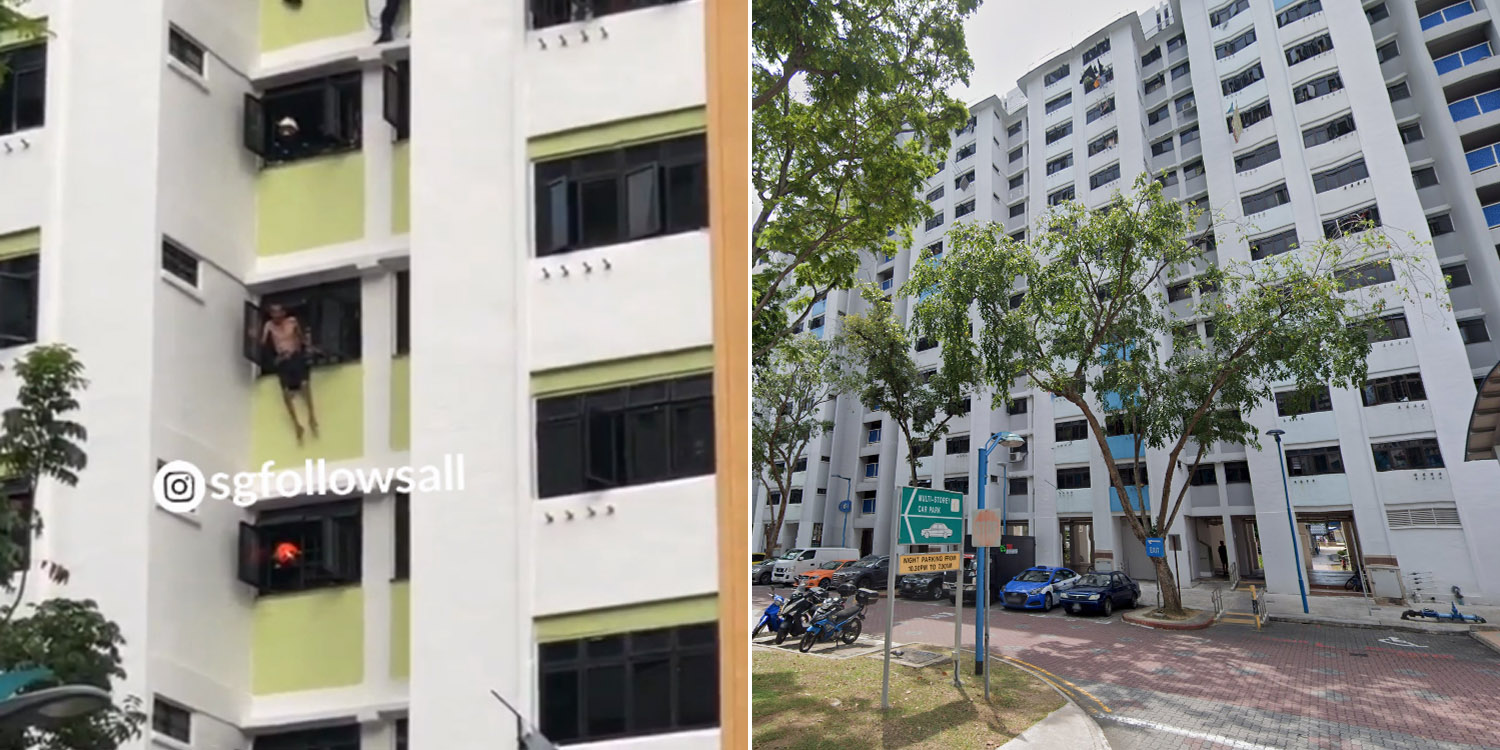 Besides fighting fires, SCDF officers are also trained to execute other forms of life-saving operations, including rescuing persons in precarious situations.

On Wednesday (9 Jun), SCDF officers were alerted to an elderly man sitting dangerously by the window on the 6th floor of a Geylang Bahru HDB flat. 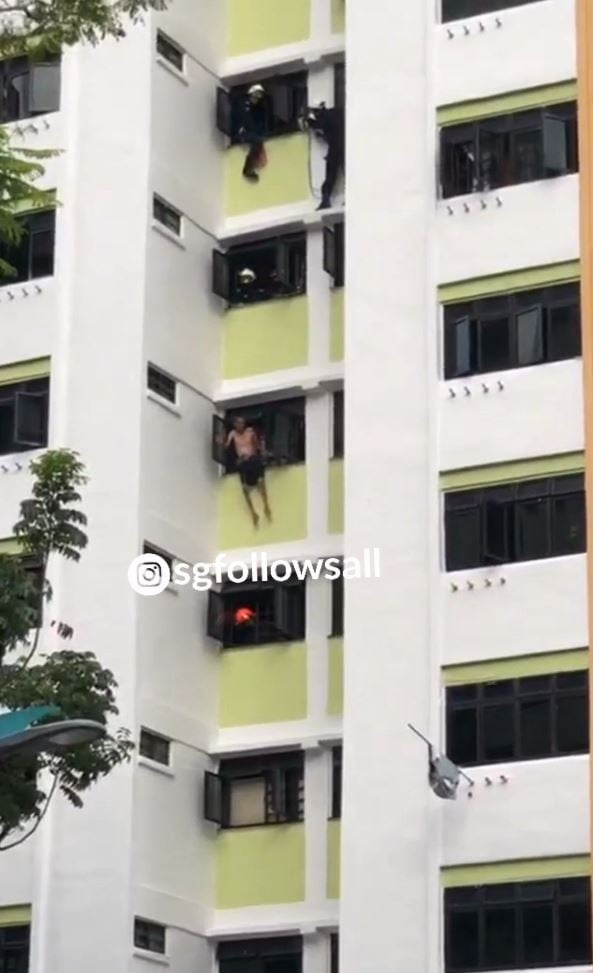 Thankfully, the officers swiftly set up an inflatable air pack which later cushioned his fall. The elderly man was later brought to the hospital.

In a clip shared on the @sgfollowsall Telegram group, a shirtless elderly man appears to be sitting precariously on the window ledge of a 6th-floor unit. 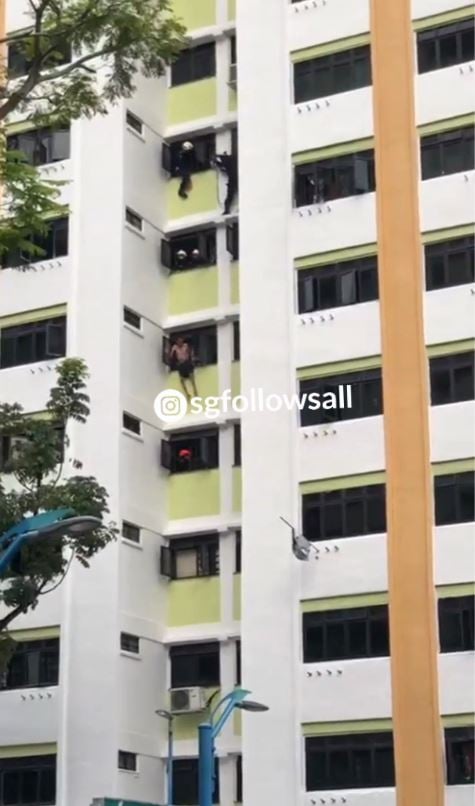 SCDF presence was heavy at the block, with officers on standby in the units above and below. 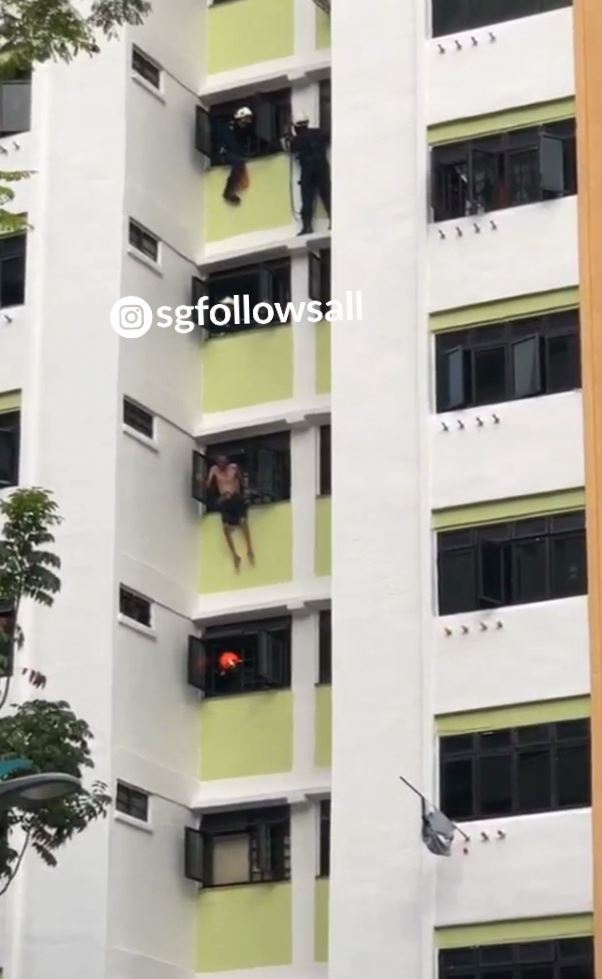 They had also set up an air pack at the foot of the block. Going by the murmurings in the clip, it seems like a large crowd had gathered in the area.

At around the 15-second mark of the video, the man appears to let go of his grip and starts falling from the unit. 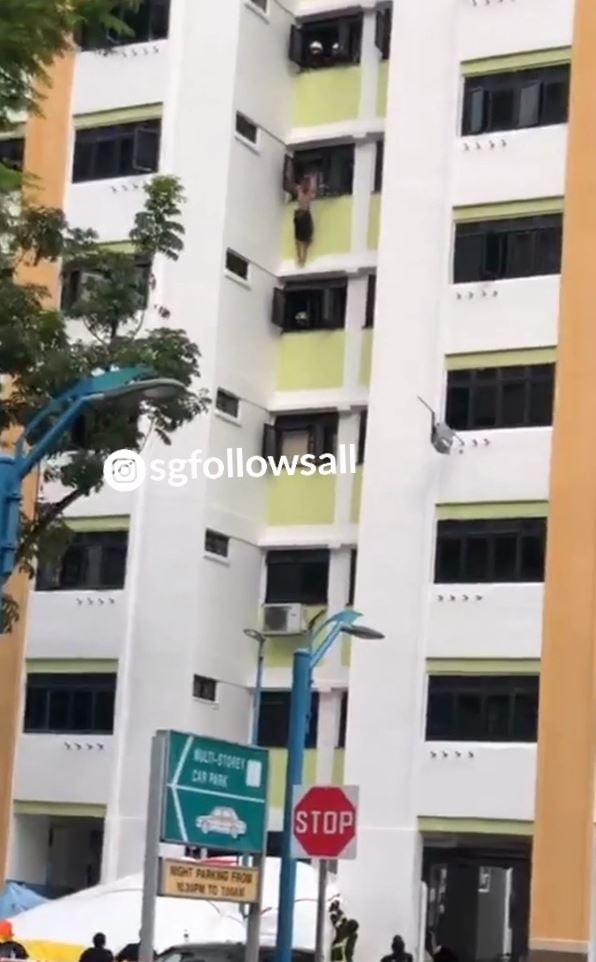 As he fell, he seemed to hit one of the concrete ledges before plunging to the ground floor.

Thankfully, he appeared to have fallen onto the inflatable air pack, leaving a visible indentation in it. 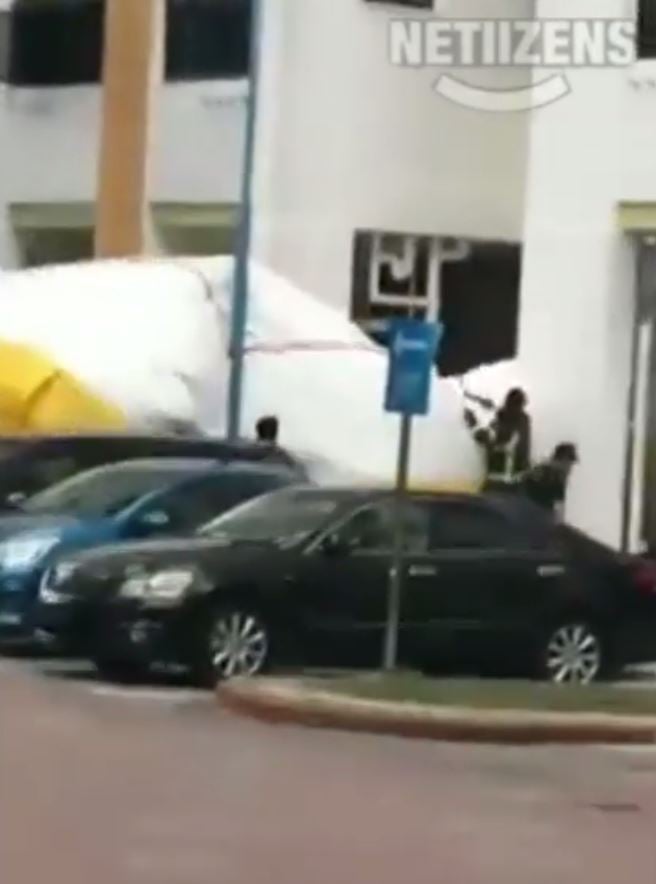 In response to MS News’ queries, the SCDF said they were alerted to the incident at around 4.25pm on Wednesday (9 Jun).

They also confirmed that the elderly man had fallen onto the life safety air pack that they positioned at the foot of the flat.

The man, who was reportedly about 70 years old, was later conveyed to Tan Tock Seng Hospital.

Kudos to the SCDF officers for their swift response

Kudos to the SCDF officers for their swift response and for saving the man’s life.

We hope the elderly man is receiving the necessary medical attention and care at the hospital.

If you know anyone who might be in distress, do not hesitate to call the following helplines: