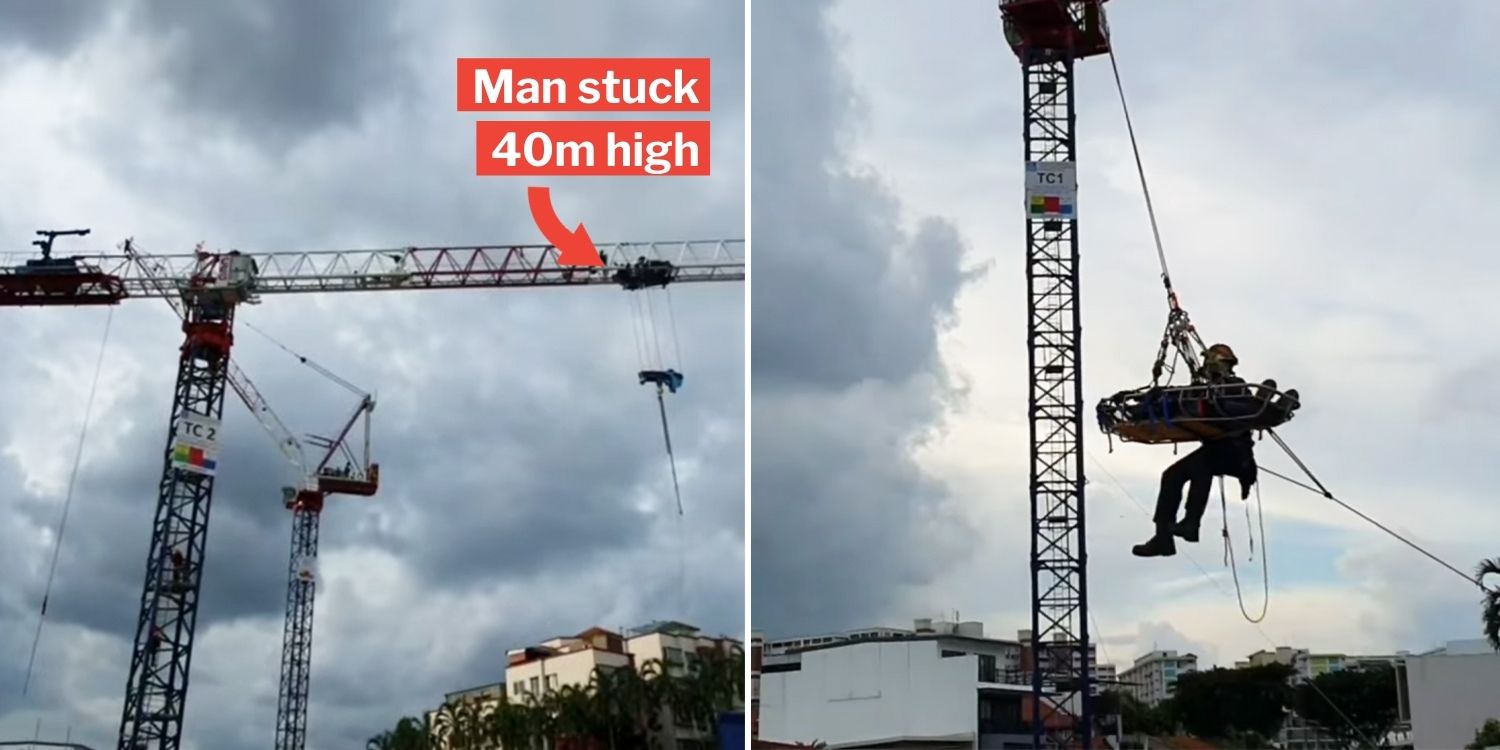 Construction sites can be dangerous places. Some workers not only have to work at height, but are also constantly surrounded by heavy machinery and construction debris. 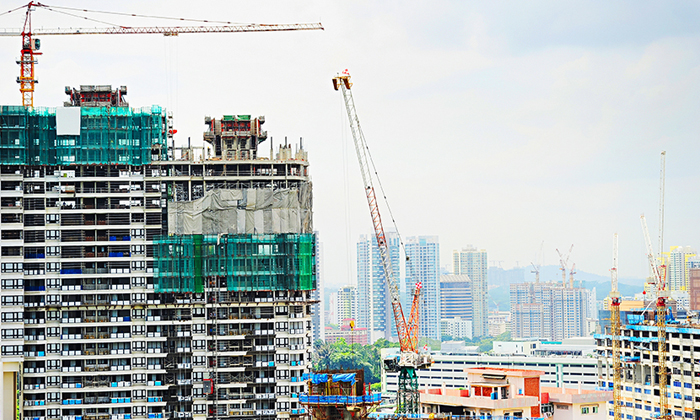 On Monday (7 Sep), a worker was reportedly working at a construction site in Bartley when he injured his leg. This was problematic as he was 40 metres up in a tower crane and could not get down. 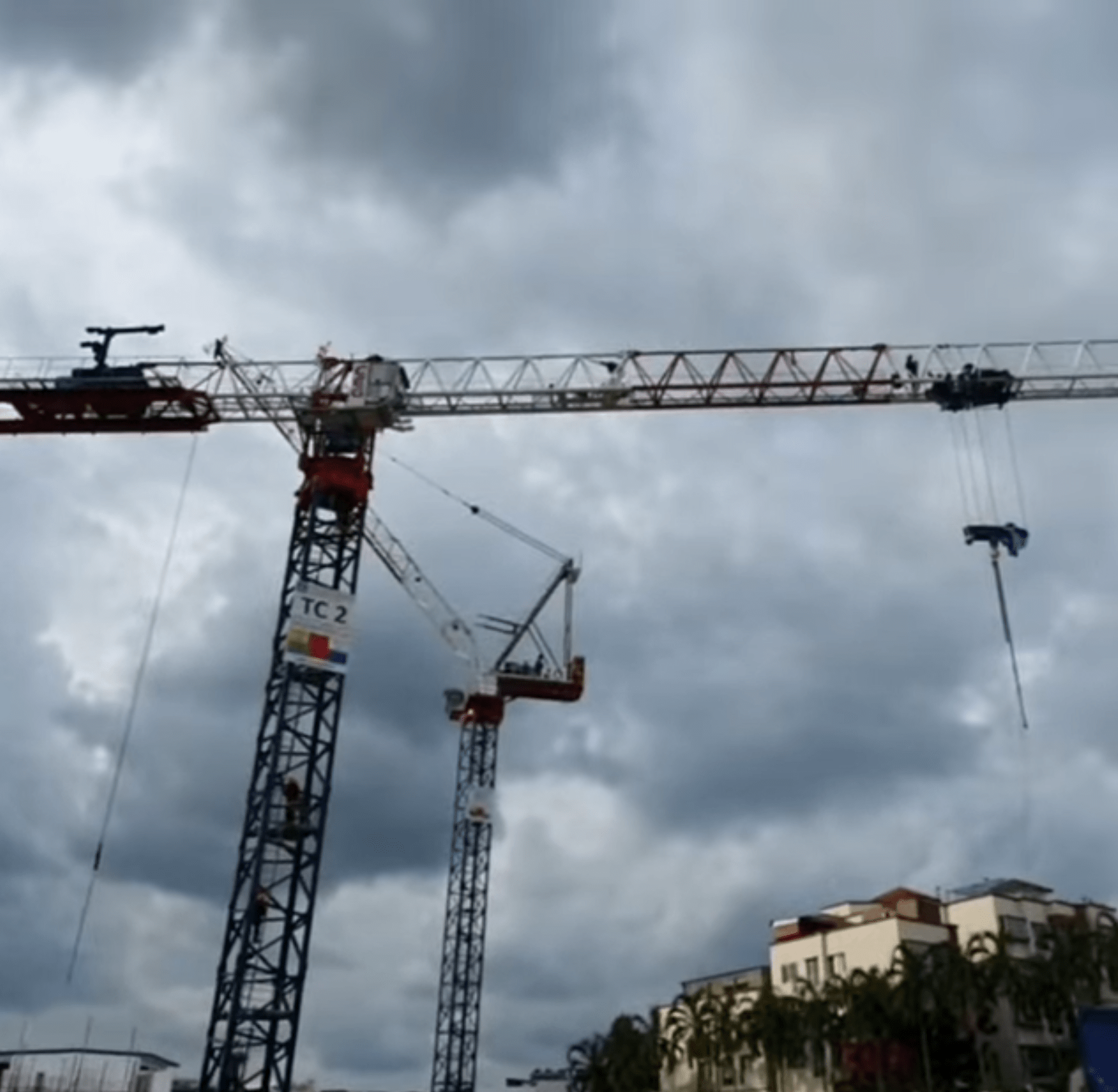 Singapore Civil Defence Force’s (SCDF) Disaster Assistance and Rescue Team (DART) was deployed to the scene and managed to lower him to safety within an hour.

According to SCDF’s Facebook post, firefighters and officers from the DART team was deployed to a Bartley construction site along How Sun Drive at about 4.25pm on Monday (7 Sep). 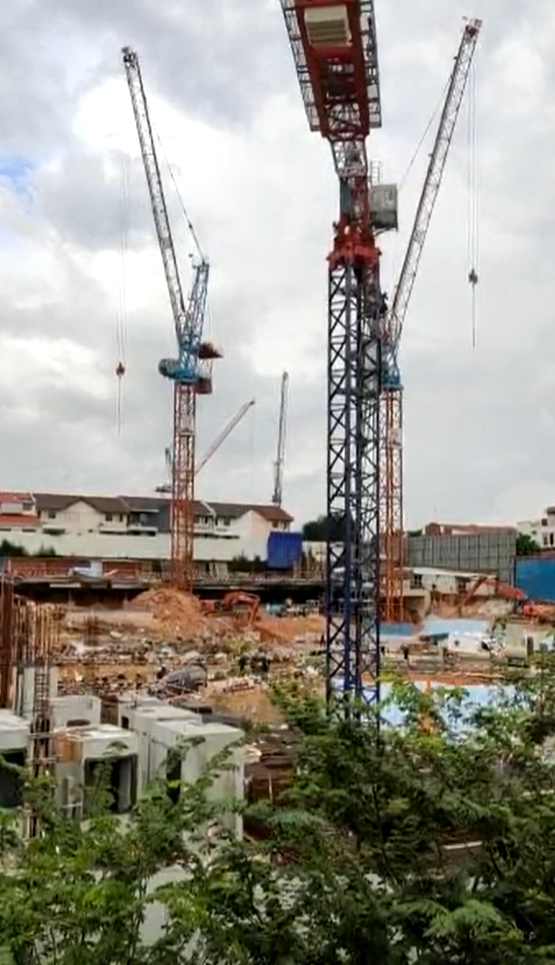 A man was apparently working on a tower crane 40m above ground when he injured his leg and got stuck, with no way down.

The specially-trained officers were hence deployed for the height rescue operation.

The officers immediately sprung into action upon arriving at the scene.

4 DART specialists ascended the crane’s ladder and carefully tread across the narrow ‘arm’ to reach the injured man.

They also set up a lowering system and secured ropes and pulleys from the top of the crane.

On the ground, other their colleagues prepared a stretcher. 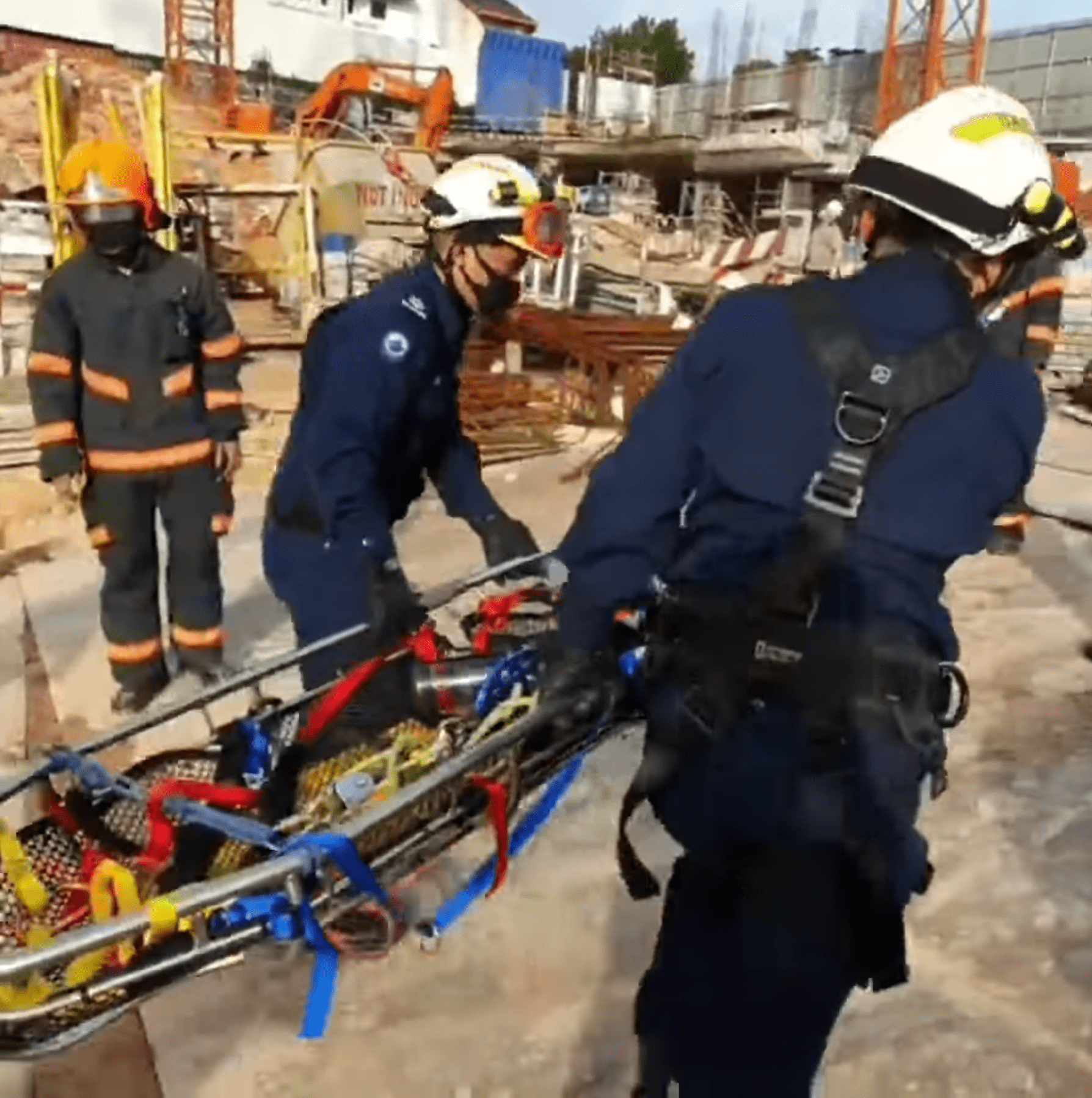 They subsequently attached the stretcher to the ropes installed by the personnel atop the crane. 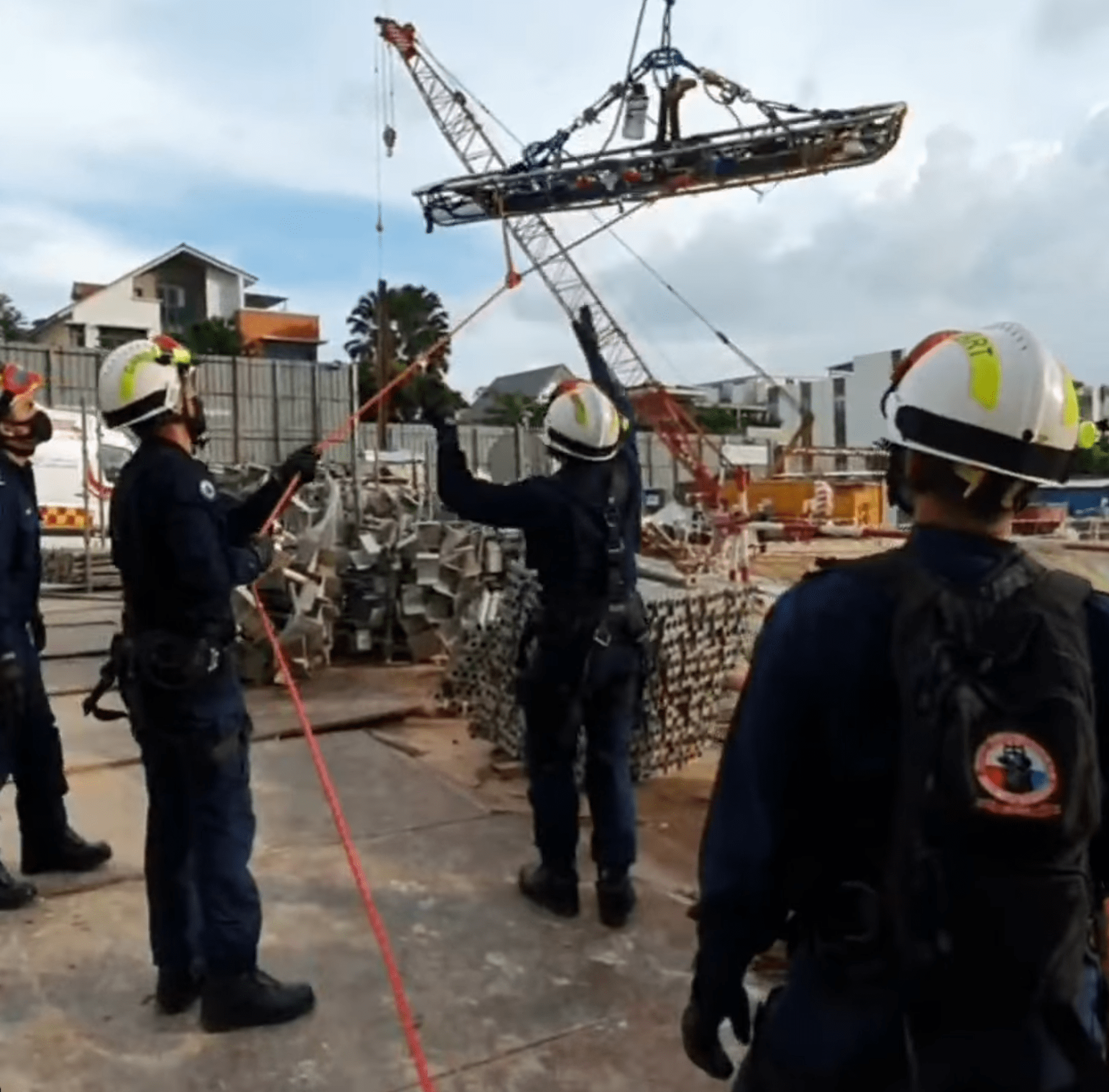 The frame was then hoisted into the air to reach the injured man. 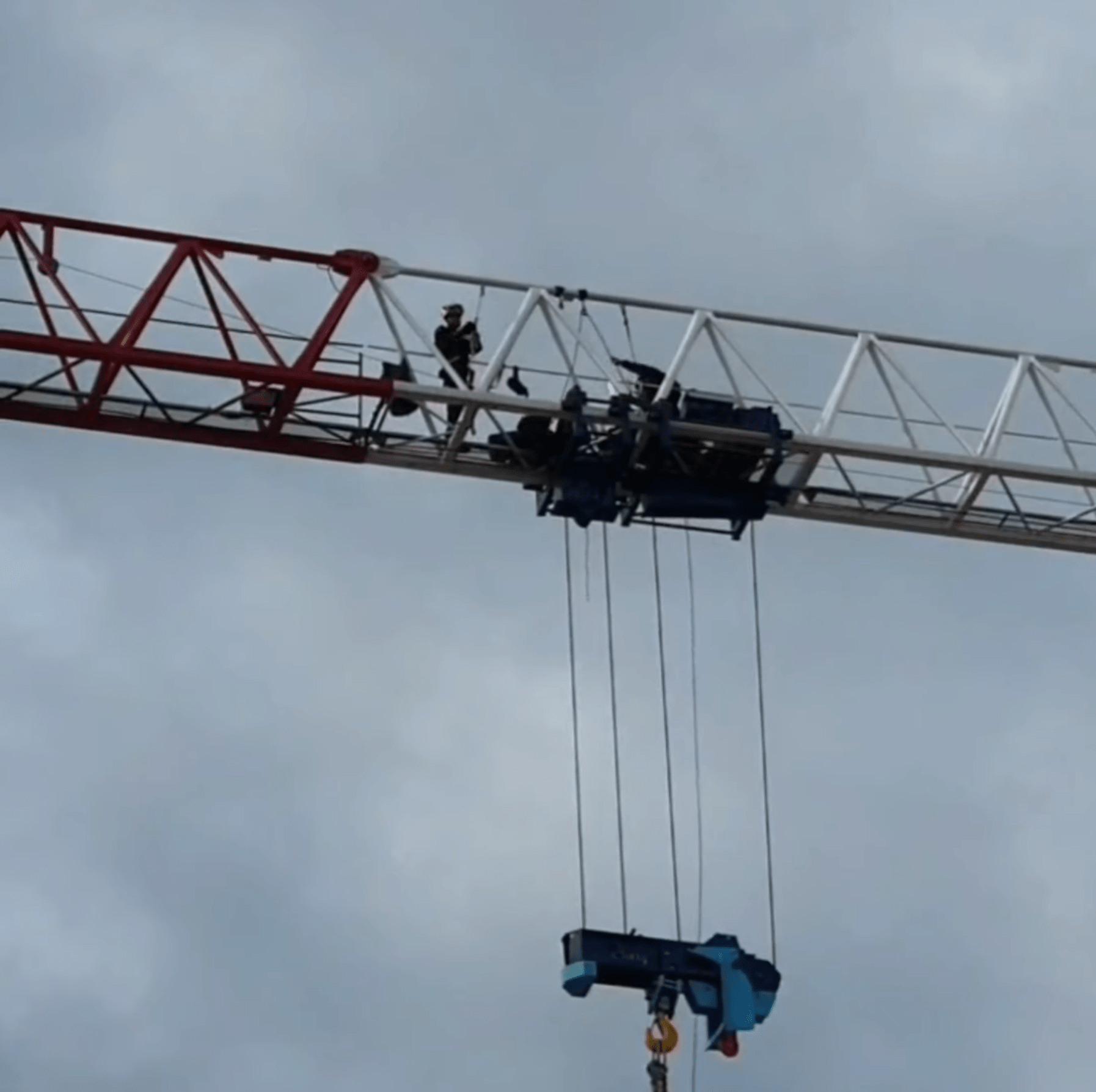 While the stretcher was being set up, one specialist, also trained as an Emergency Medical Technician, treated the injured man.

He didn’t let height get in his way as he bandaged the man’s wound 40 metres above ground.

Injured man brought down to safety by SCDF officers

The team on the crane quickly secured the injured man firmly on the stretcher.

Within an hour, the team was ready to bring the man down to safety.

With a DART specialist attached to the stretcher, the pair were gently lowered to the ground. 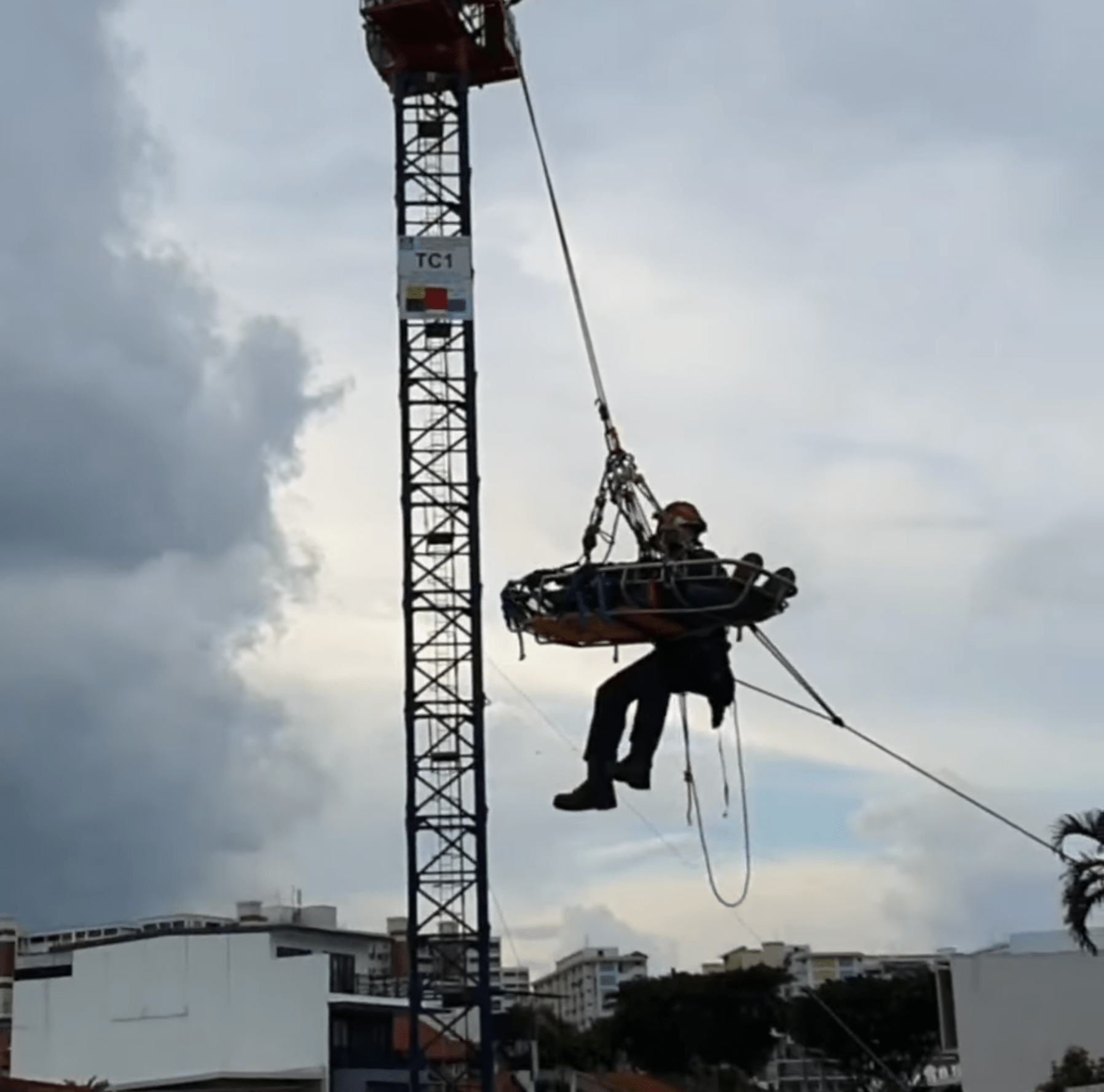 The mission was not over. Once they were on the ground, the man’s injuries were accessed and quickly tended to. 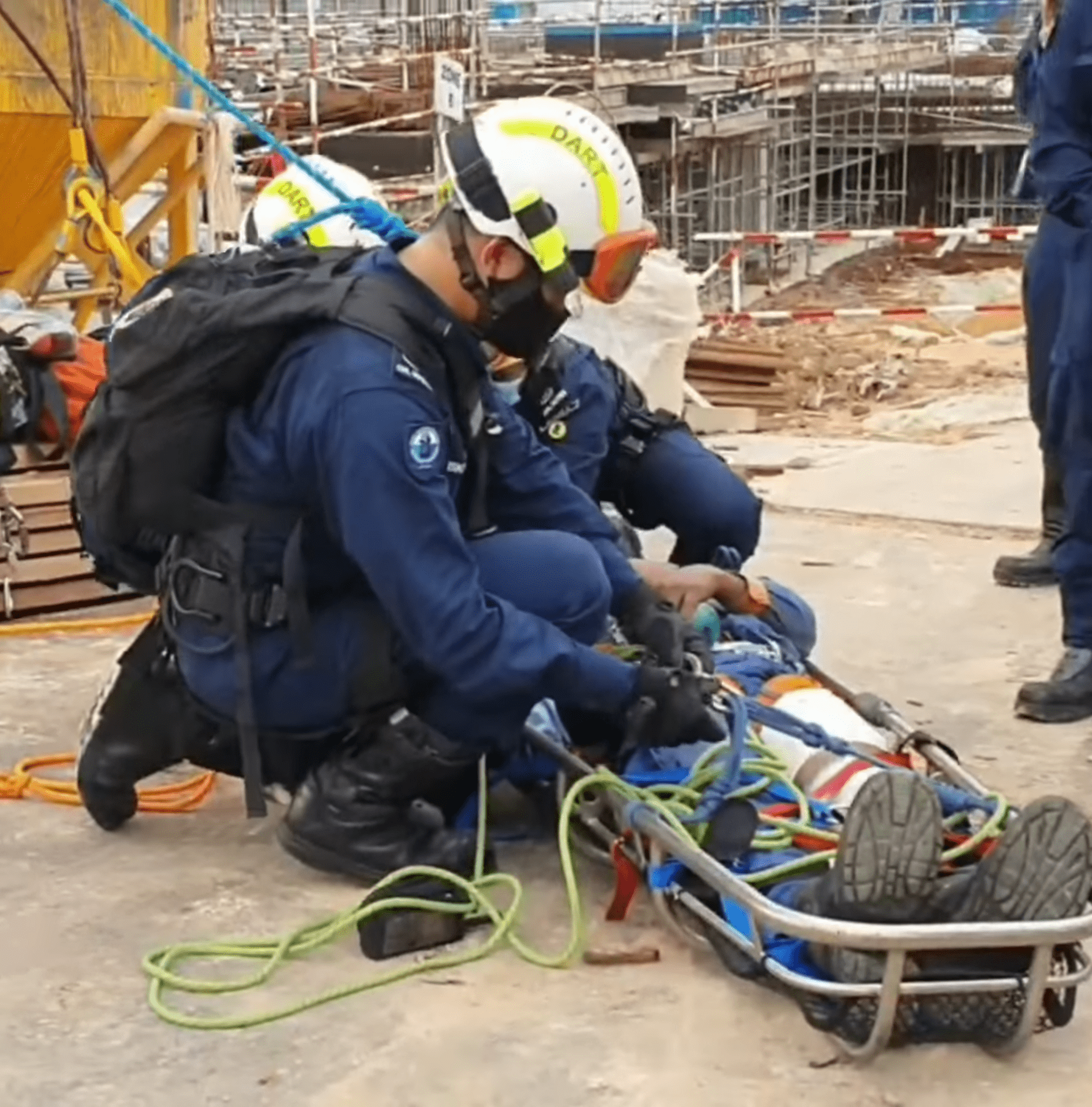 Eventually, the injured man was sent to Sengkang General Hospital for further treatment. Kudos to SCDF for swift response

Kudos to the SCDF officers who risked their lives to save the man stuck atop the crane.

The team’s calm and smooth execution of the operation is truly the fruits of their long hours of training and preparation.

We hope the man did not sustain any serious injuries and will have a swift recovery.