What will you do if a commuter jerks off in front of you on the train? Whip out your phone to STOMP him?

That may seem intuitive but one netizen is calling for a better understanding of a situation before passing judgment.

The video leaked a few days ago and shows a man touching himself while on the MRT. Facebook posts sharing the video have since been removed.

In the interest of decency, MustShareNews will not be sharing links to the video. 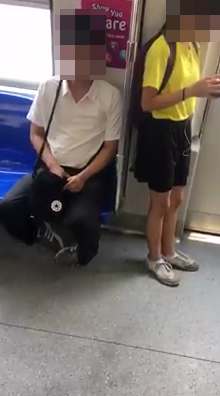 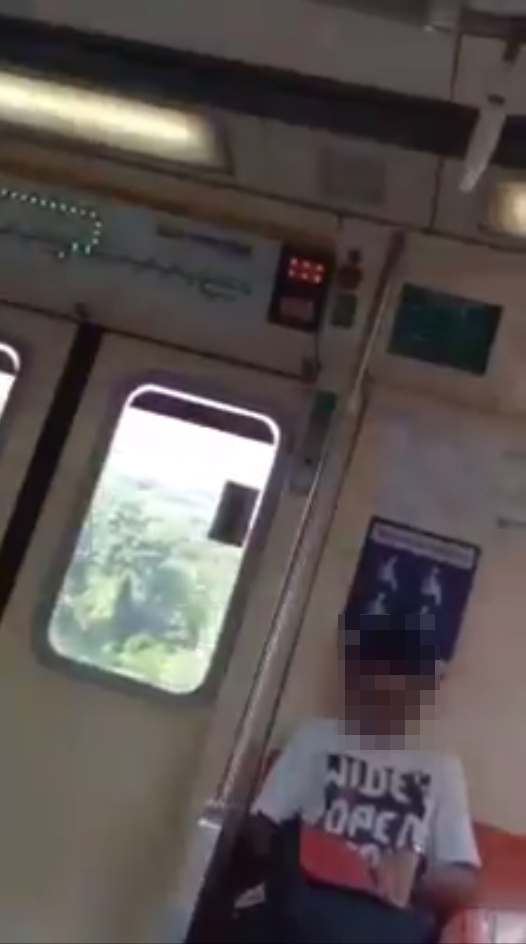 While there are uncanny resemblance to their actions, there is no way of confirming that it’s the same individual in both videos.

Netizen Teresa Karen Sia saw the video online and the condemning comments that followed. Claiming to be the man’s aunt, she wrote a  Facebook post revealing that: 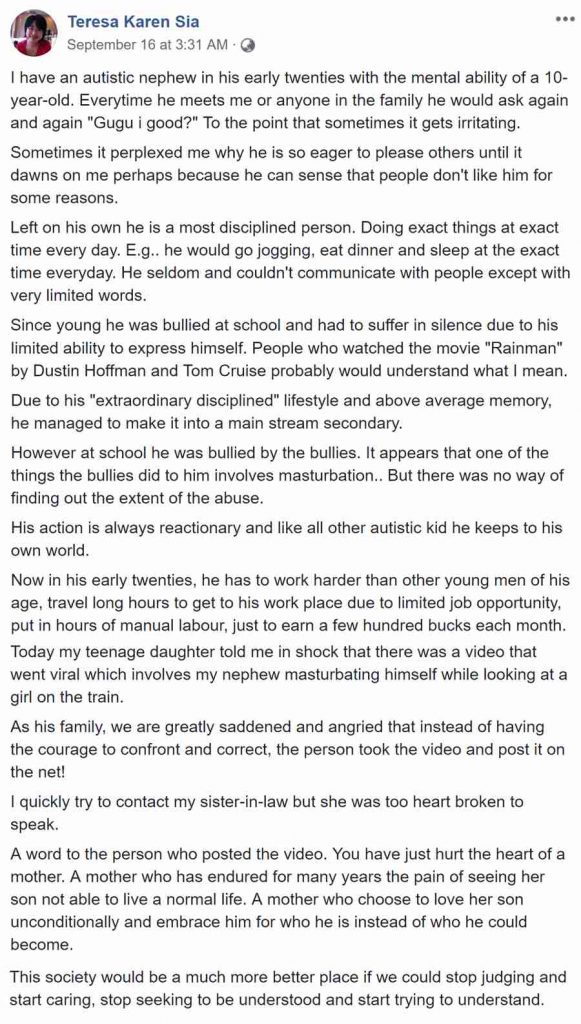 Needless to say, the family was distraught and overwhelmed with grief when they saw the video. They strongly criticised the netizen who filmed the video for uploading the video instead of confronting the man.

Could Singapore have done better?

Her words remind us to not be too quick to judge or label others. Could it be that in our never-ending chase for drama, we’re forsaking compassion and empathy?

Maybe the next time you see something controversial, take a step back and ask questions before jumping the gun.