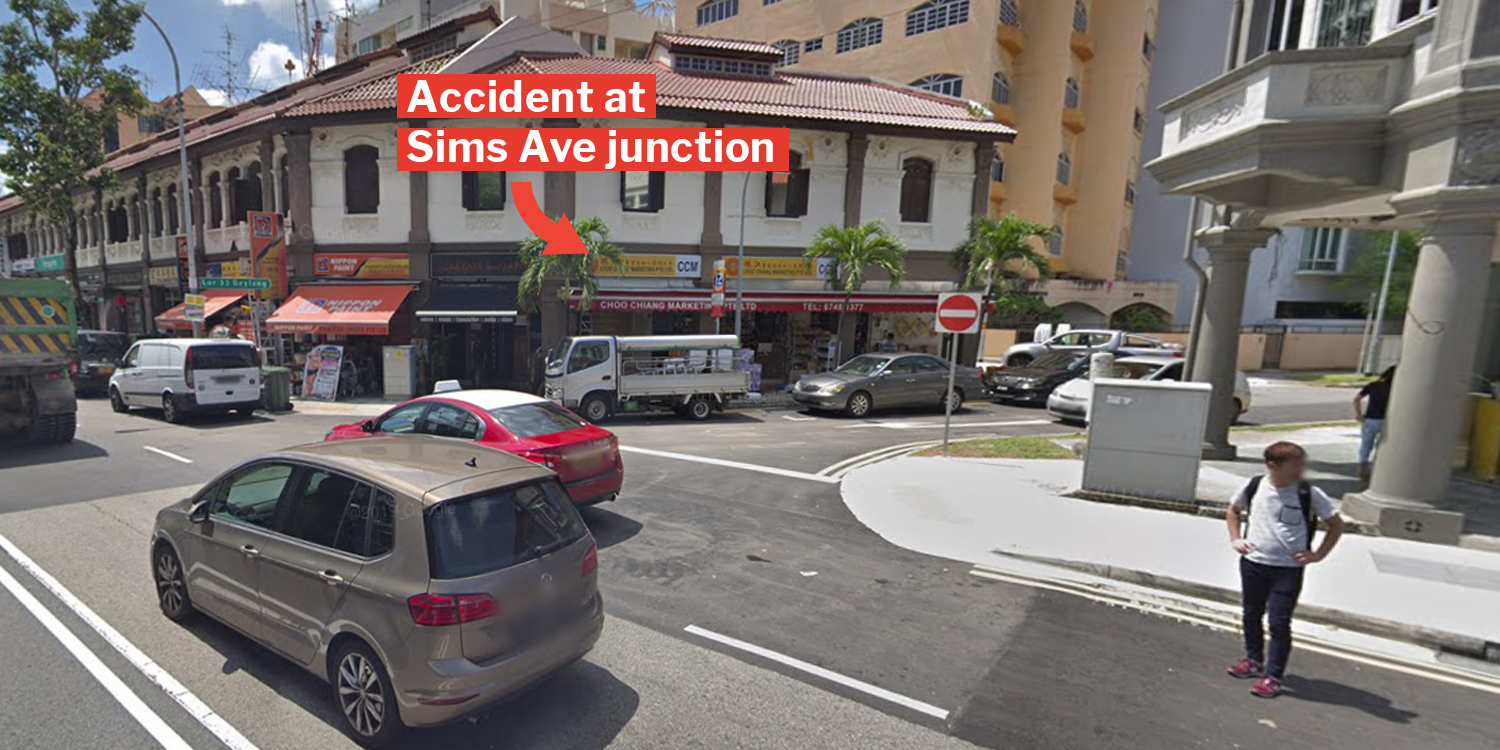 Our condolences to the family.

On 1 Oct at around 6.20pm, 53-year-old Mr Chew Fook Yew was at the junction of Sims Avenue and Geylang Lorong 33 when he was knocked down by a cyclist.

He suffered a serious head injury and was quickly taken to Tan Tock Seng Hospital, where surgeons operated on him for more than 3 hours.

Mr Chew subsequently fell into a coma and passed away 5 days later on Sunday (6 Oct).

Like a nightmare playing out, Mr Chew’s second sister had by chance driven past the accident site as paramedics attended to him.

She was on her way to their mother’s house in Geylang East when she noticed Mr Chew’s familiar orange shirt. With trepidation, she quickly phoned their mother to check if Mr Chew was home. He wasn’t.

Her fears were confirmed when she and her husband exited the car and saw that the person lying unconscious on the ground was indeed Mr Chew.

Ms Chew told CNA that she and her family did not think much of the accident at first as it was only a bicycle collision. But as the surgery failed to improve Mr Chew’s condition, they started fearing the worst.

According to the police, the 41-year-old cyclist has been arrested for causing grievous harm through negligence. Investigations are ongoing.

Mr Chew’s niece recently told MS News that she – and probably the police – are looking for eyewitnesses or anyone with footage of the accident in order to know how it happened.

Again, the accident happened at the junction of Sims Avenue and Geylang Lorong 33 on 1 Oct, at 6.15pm. If you recall having driven through that area during that time and happen to have dash-cam footage, you may contact Ms Chew at 9232 8302.

Hopefully, once we learn how the accident happen, the authorities will put in place measures to prevent them from happening again.

MS News extends our deepest condolences to Ms Chew and other family members of the late Mr Chew.