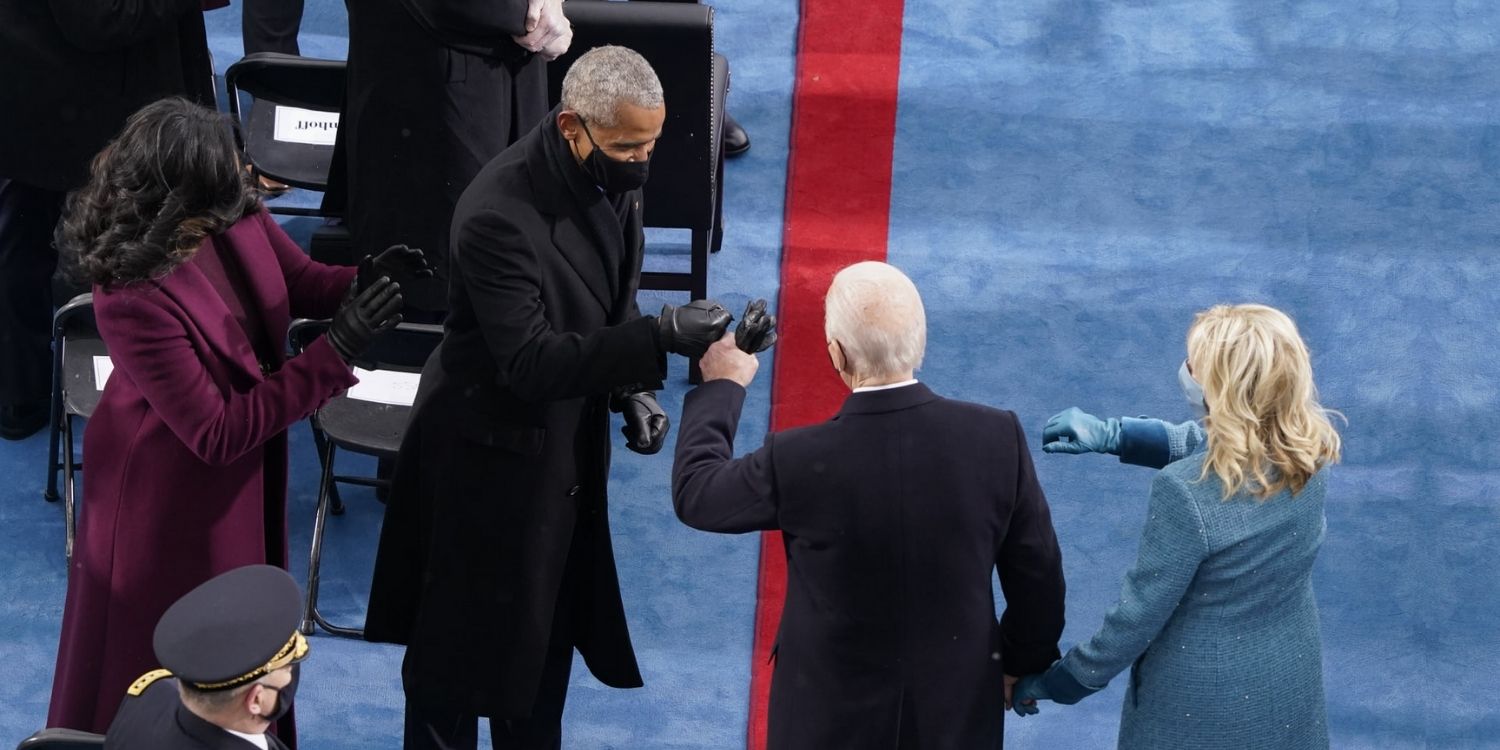 Good friends are hard to come by, especially when you’re in the public eye, but Joe Biden and Barack Obama can count themselves lucky for having each other.

Ever since Biden’s time as Vice President while Obama was in office, the 2 have forged a strong bond many would liken to brotherhood. This became even more apparent at Biden’s inauguration on Wednesday (20 Jan).

As the ceremony was an intimate one due to Covid-19 concerns, the few people in attendance were noticeable, particularly Obama and his wife, Michelle. 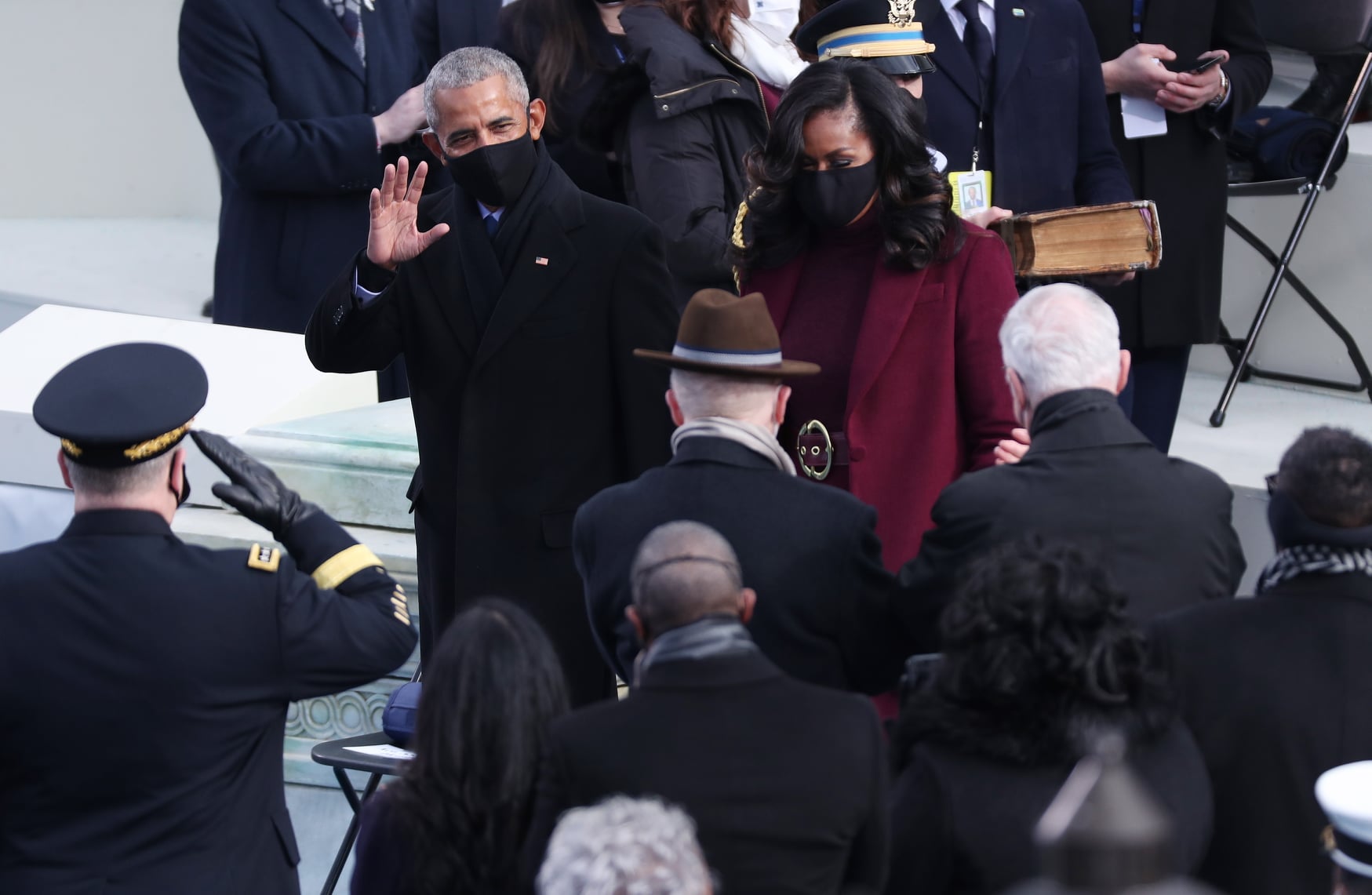 Prominent as their presence may be, it was a tender, yet fleeting moment between Obama and Biden that caught much attention.

Instead of a formal, congratulatory handshake, the 2 fist-bumped as Biden made his way to the podium. 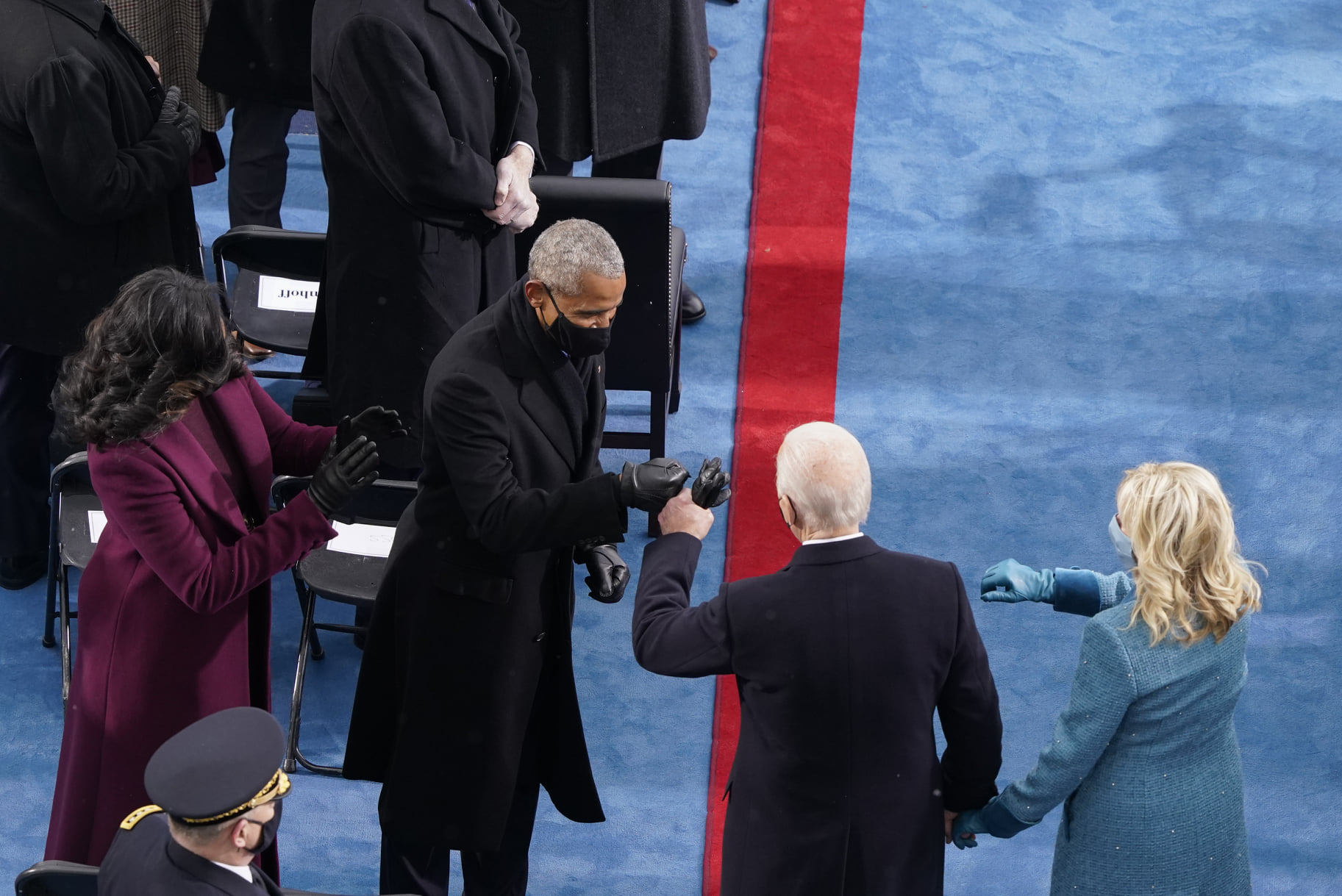 The exchange was simple, but in some way a culmination of their long journey together.

Obama followed it up with a Facebook post later, congratulating his “friend” Joe Biden, and telling him, “This is your time.” 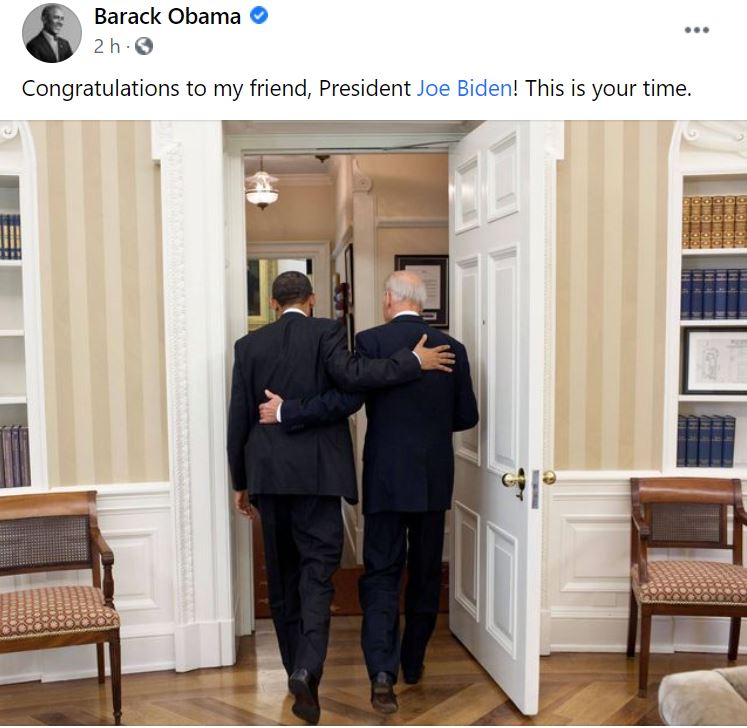 Showing the 2 of them walking out of The Oval Office side-by-side, he couldn’t have picked a more poignant picture.

From one friend to another, and one US President to another, they’re now taking turns to support each other.

Just like how Obama was there for him at his rallies, we’re sure Biden would appreciate continued support as he begins his Presidential journey. 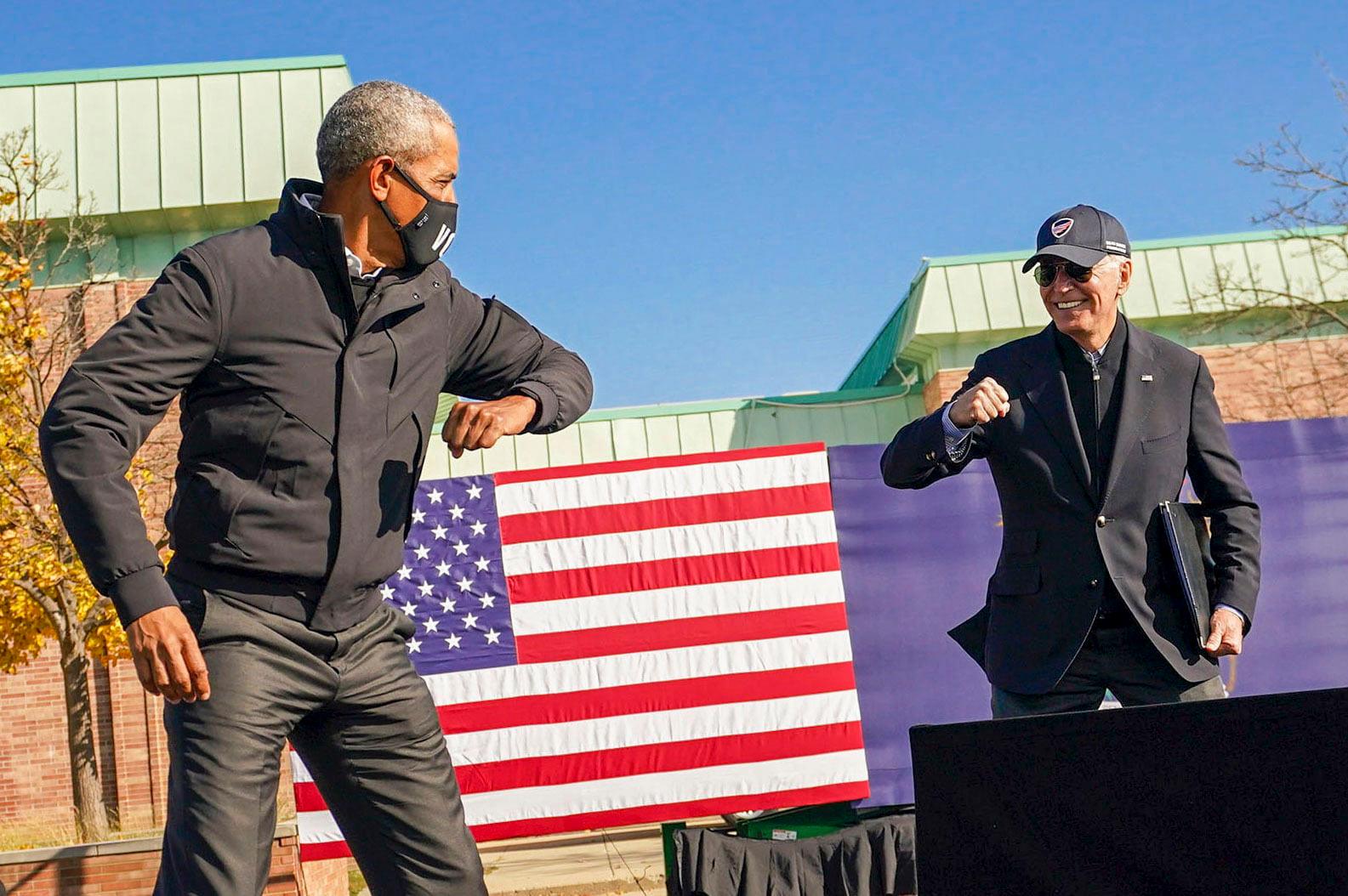 According to The Straits Times (ST), Biden’s foremost concerns are:

While most of these will require global cooperation, he has wasted no time in contacting foreign leaders and partners to enhance the countries’ relationships. 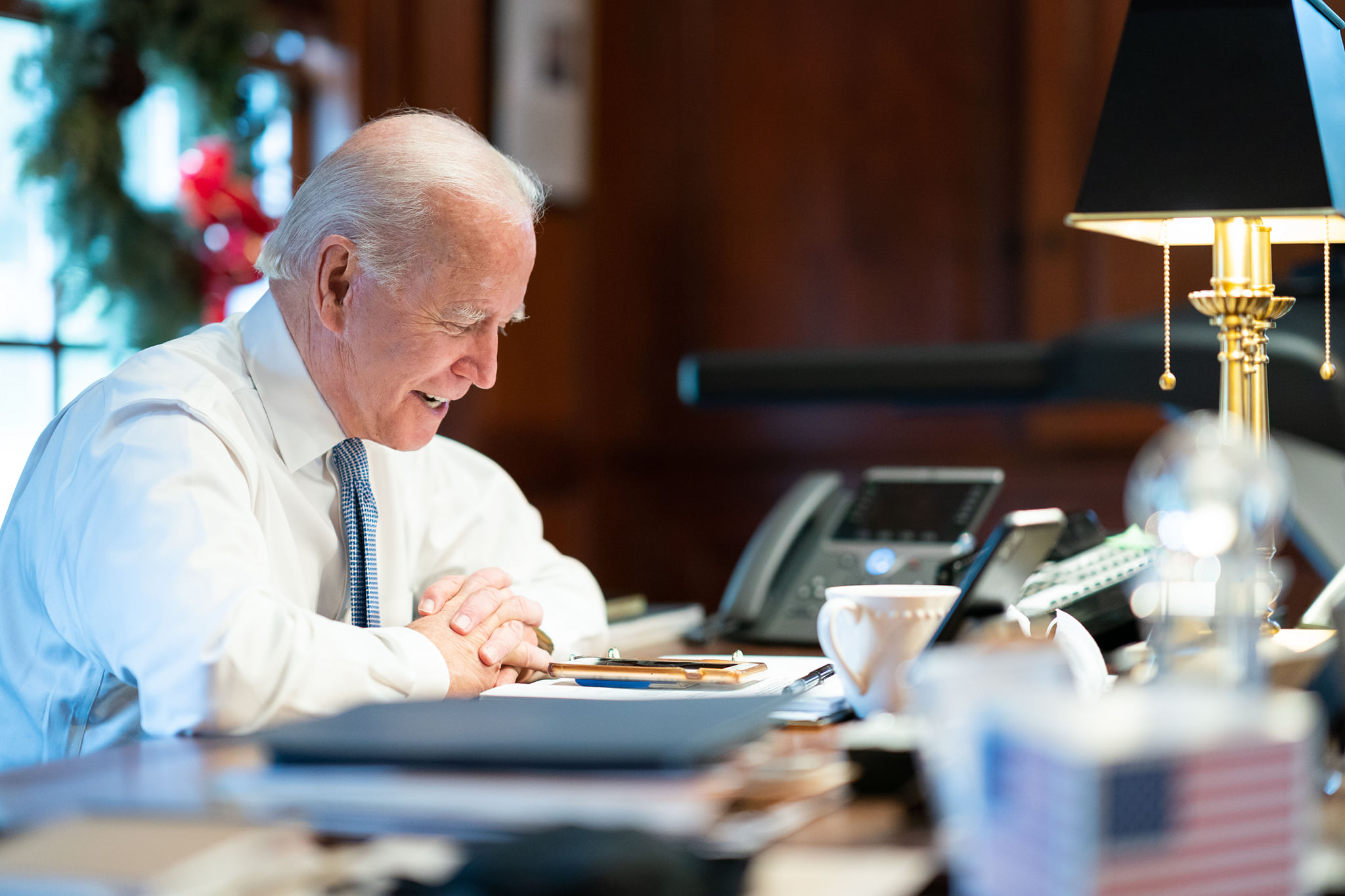 For the pandemic, he has appointed a Covid-19 response coordinator to ensure a more cohesive national response.

Several orders have also been signed, reports ST, including the following:

The above are only a few of the 17 executive orders and memorandums the President apparently plans to sign, exceeding that of his predecessors.

Hope for a better year for America & the world

As the US welcomes a new administration, the rest of the world looks on, hopeful for positive change. 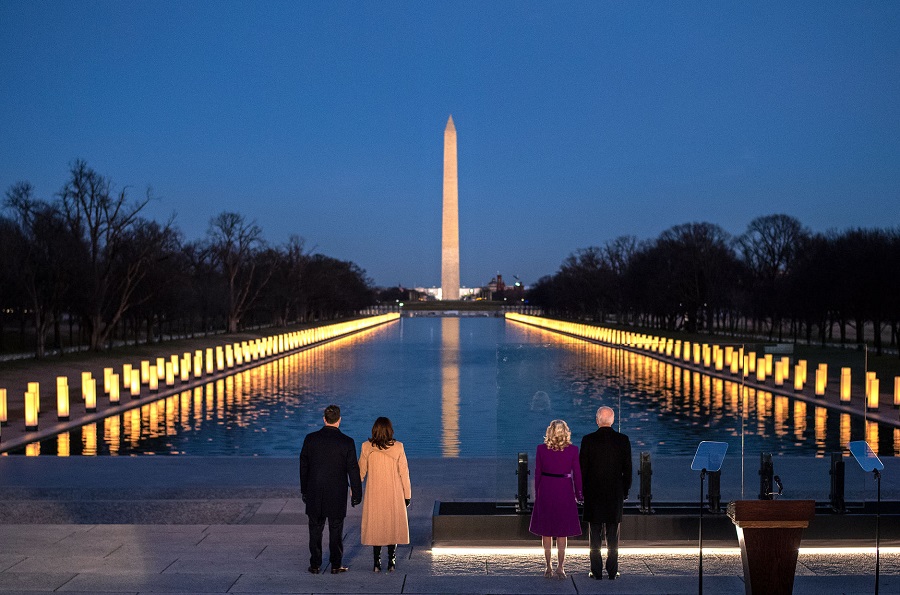 Perhaps the new President will beckon a better year ahead for the country, and in turn, the world. Let’s keep our heads up for 2021, and pray it’ll be a good one.

Featured image adapted from The Straits Times on Facebook.