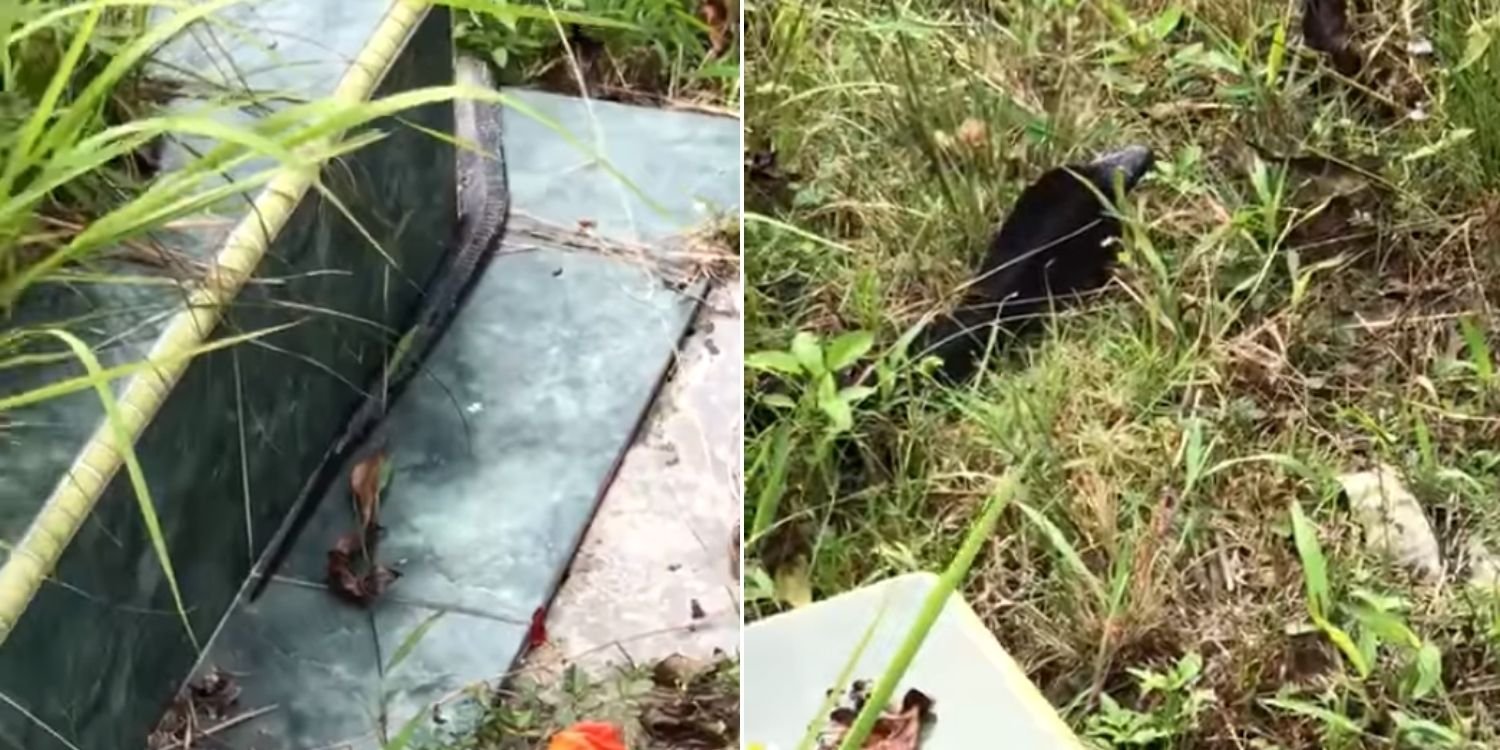 Apparently, such snake sightings are common there.

Encounters with deadly cobras can make our skin crawl. While we’re taught to remain vigilant at all times, sometimes they can pop up when we least expect them. 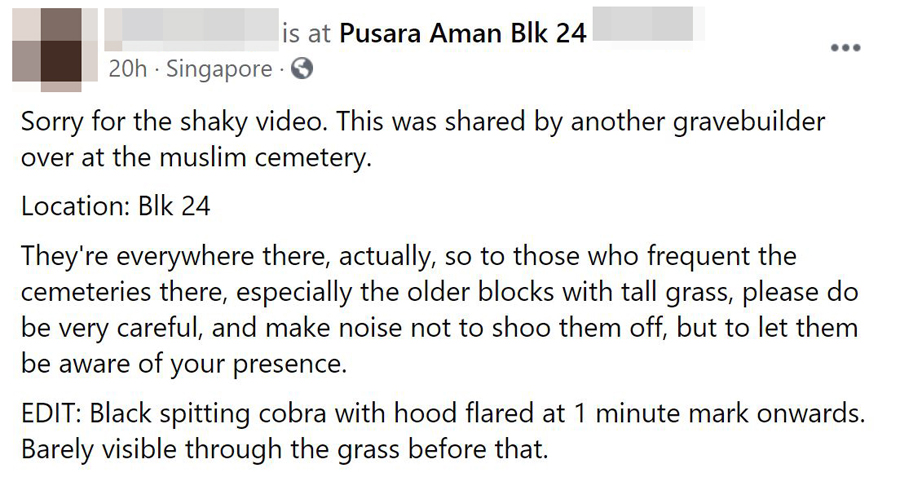 Since the dangerous reptile was camouflaged by tall grass, he warned visitors to be careful.

Had he not mentioned the cobra, most viewers would have struggled to spot a reptile at Pusara Aman Muslim Cemetery Blk 24.

But as the clip plays on, a thin tail can be seen atop the green tiles adorning a grave. 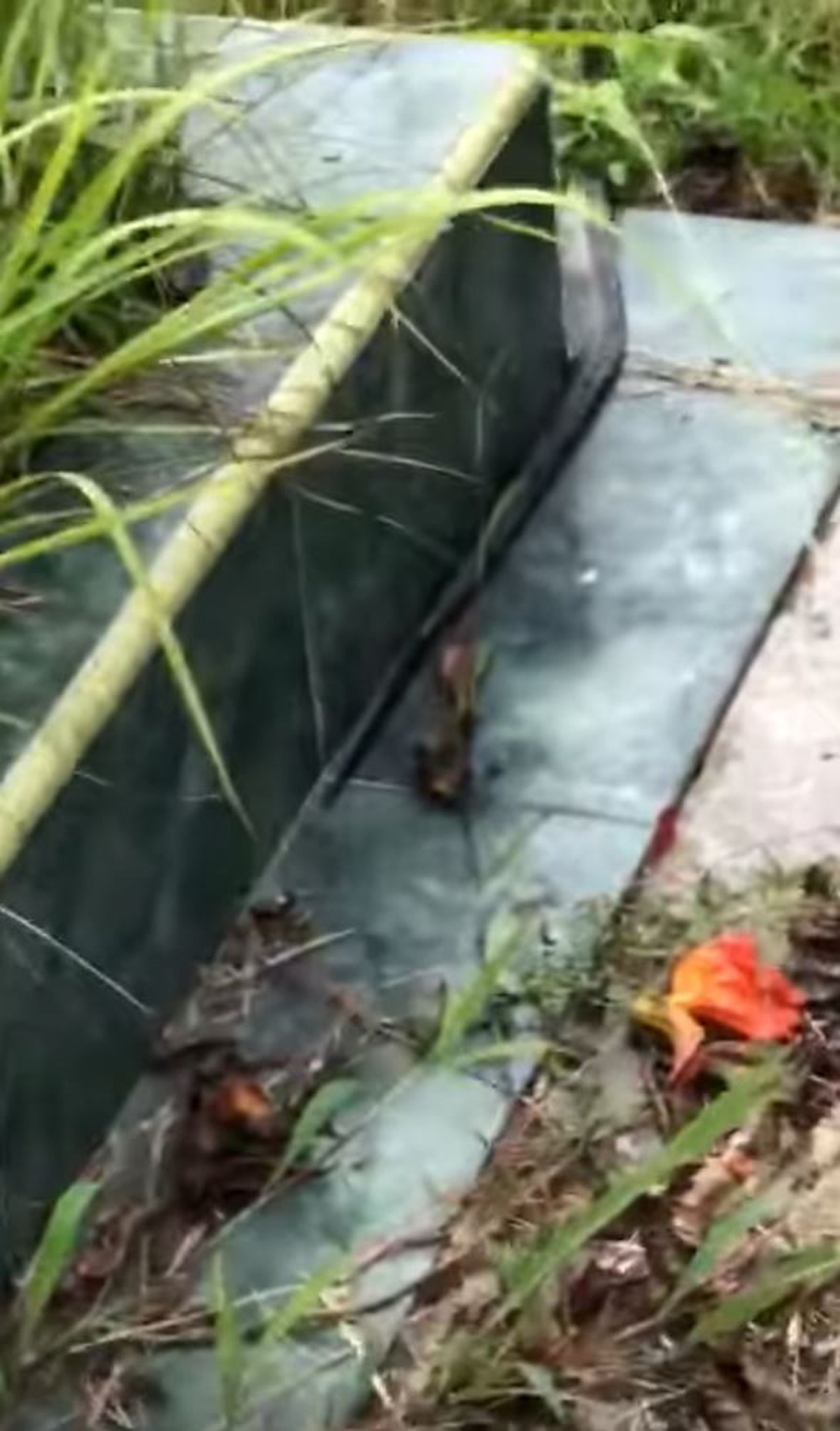 Upon following the tail, the grave builder found the head of the black cobra sticking out of the grass. 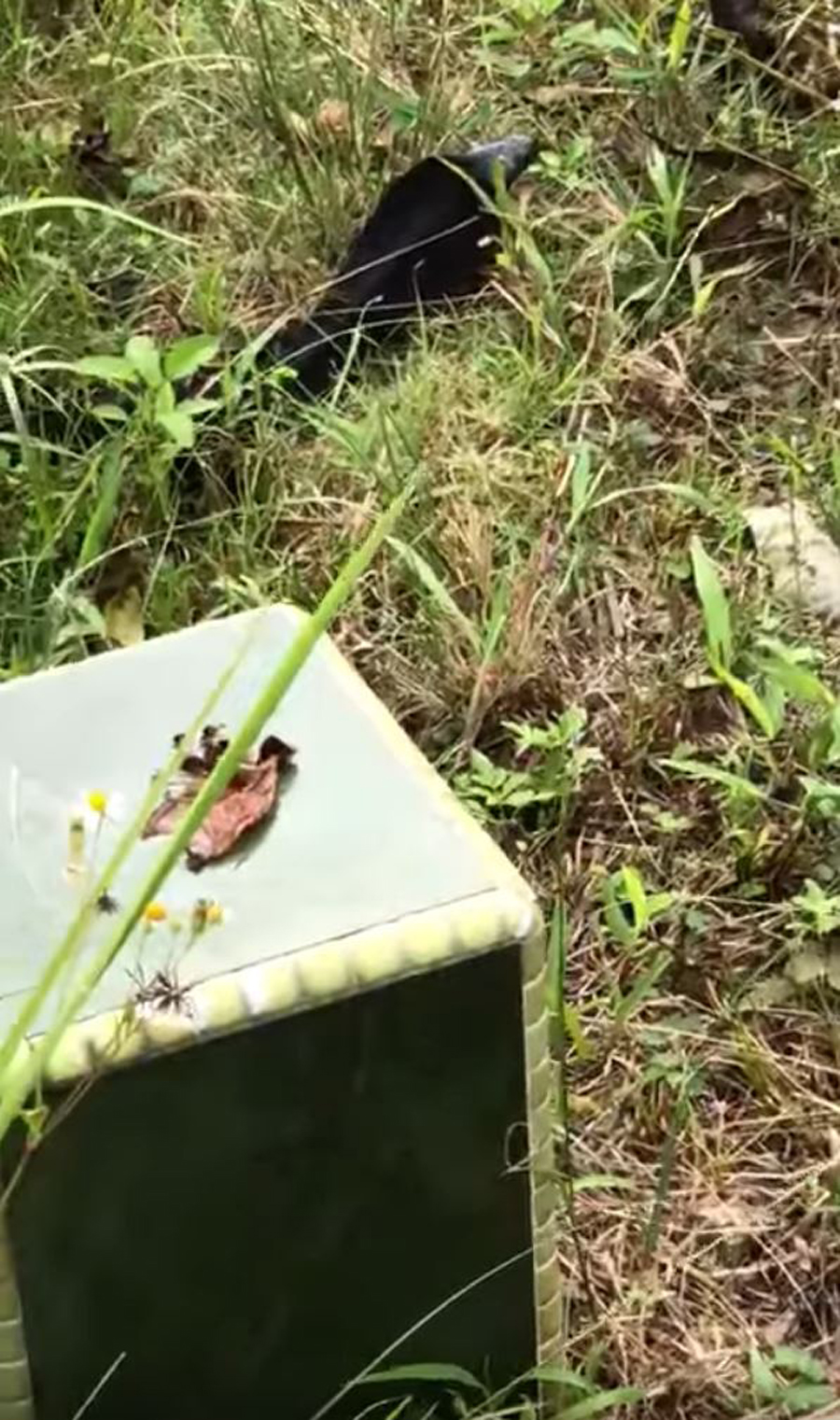 Warns visitors to be careful

According to Mr Ramzul’s Facebook post, snake encounters seem to be common within the cemetery. He thus warned visitors to the area to be careful. 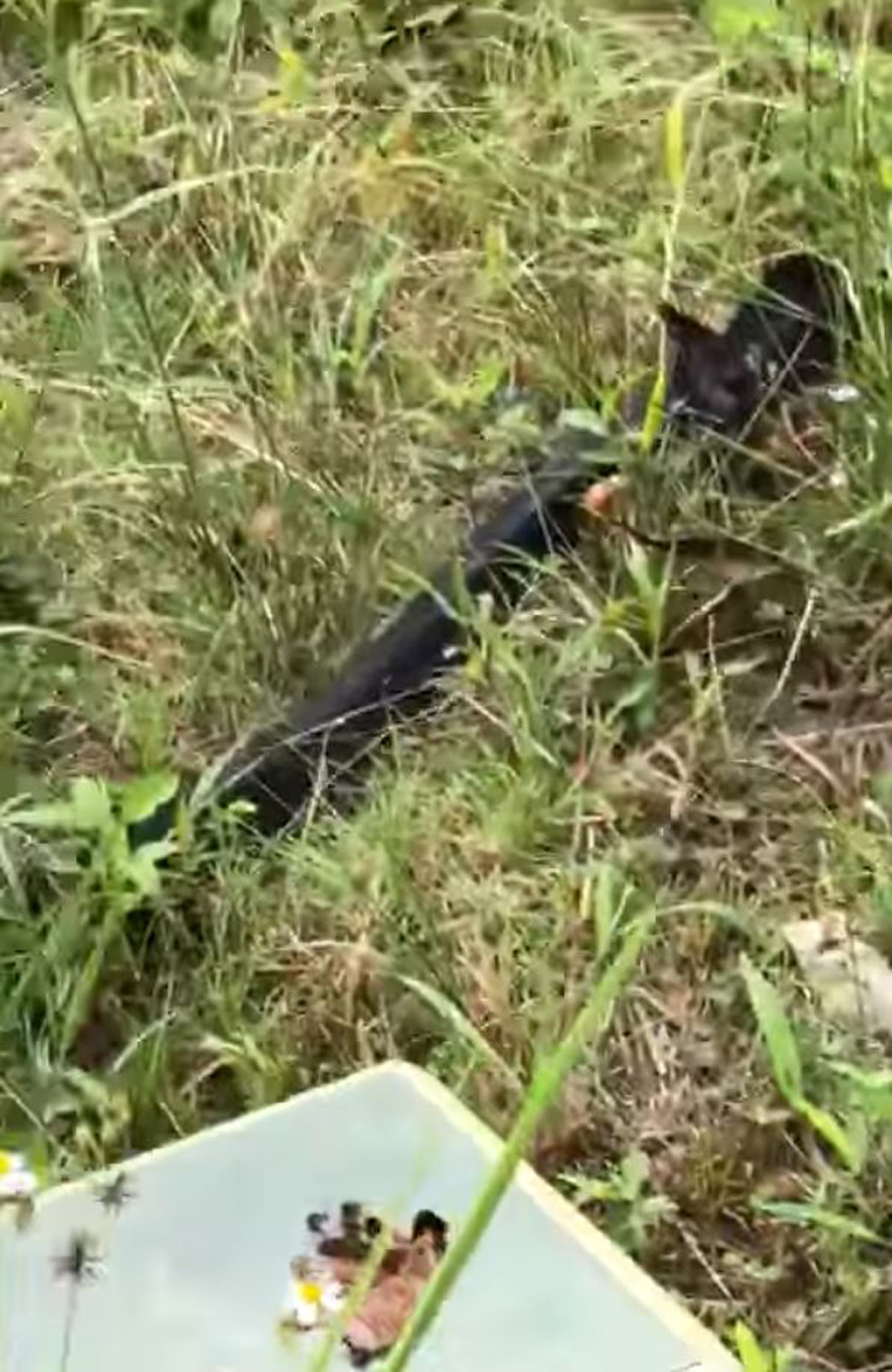 Much like this encounter, snakes could be hiding in grassy areas at older blocks. He advises visitors to make a bit of noise to alert the snakes of your presence.

In the comments section, Mr Ramzul shared that families of the deceased buried in the area had been informed of the snakes lurking there.

According to ACRES, the Equatorial Spitting Cobra which is fully black and has a distinctive hooded head is venomous. Should it feel threatened, it may hiss and spit its venom.

If found in a green area which would be its natural habitat, ACRES advises members of the public to leave the reptile alone.

Snakes are infamous for slithering in public areas, but they also maintain the balance in our ecosystem.

Next time you spot a snake in a cemetery, try your best to remain calm and follow the tips on NParks’ website here. Most importantly, avoid confronting the reptile to be safe.

You can also call relevant authorities who know the best course of action.

Hopefully, every visitor will remain safe when they visit the cemetery.