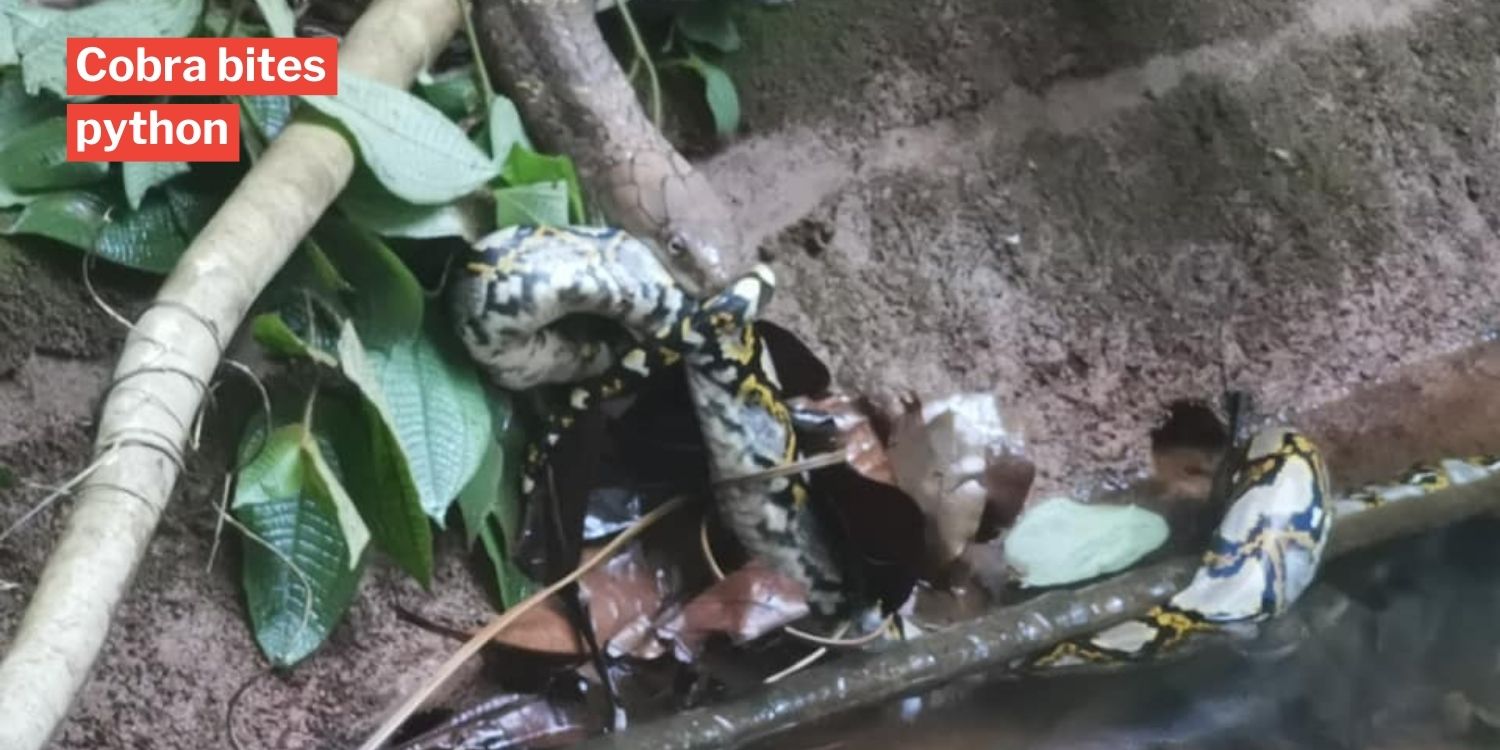 It's a snake eat snake world.

Nature has proven once again that it is a scary world out there. Hidden away in the rainforests of Singapore, nature takes its course and animals fight for survival on a daily.

So witnessing a battle between two predators – a king cobra and a python – would be a rare sight.

Luckily for a Mr Bernard Ong, he filmed this epic battle during his morning walk in Dairy Farm on Monday (14 Jun). 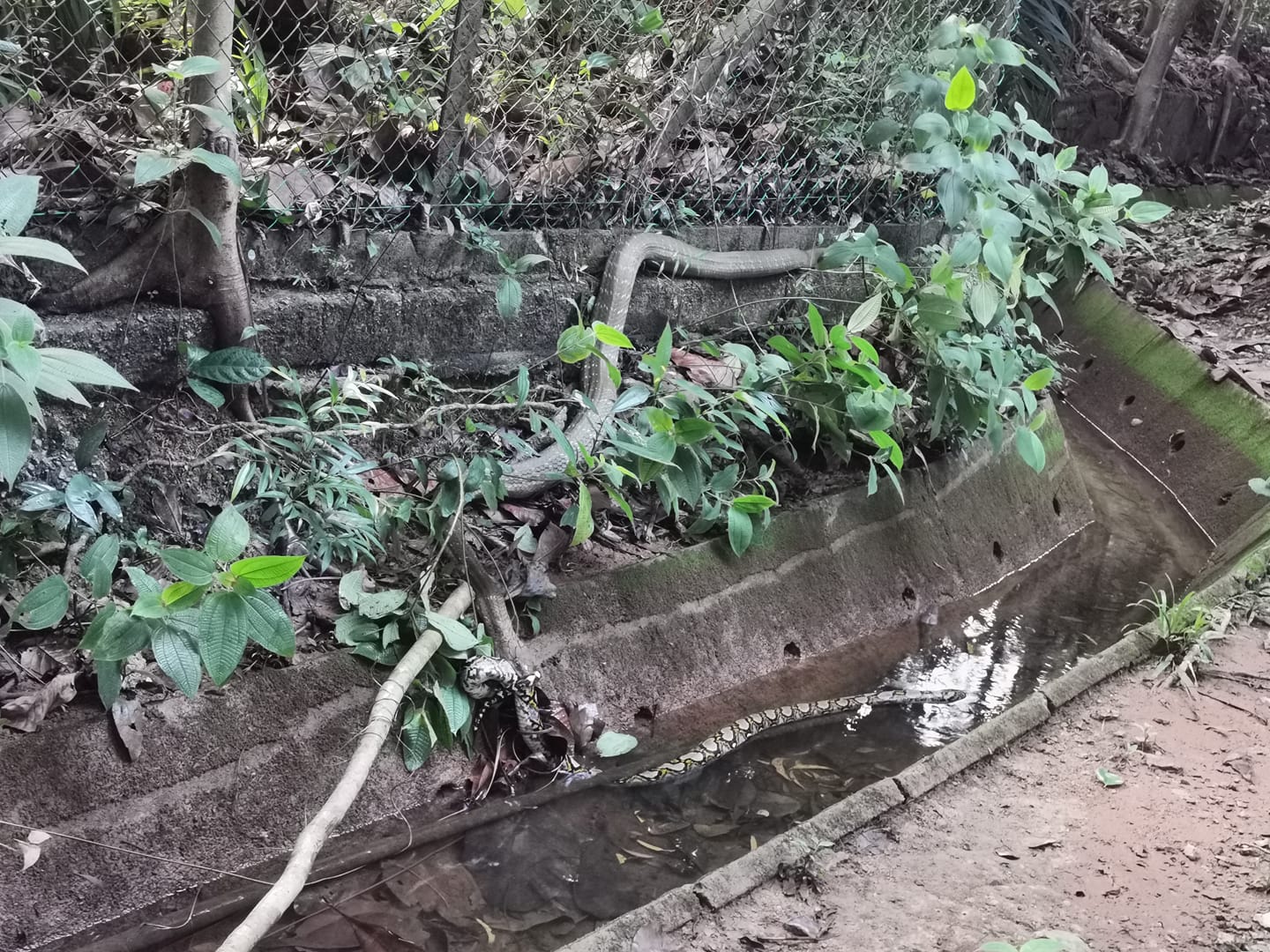 The king cobra looked like it was winning the battle, having sunk its teeth into the strangled python as they duelled in a drain.

The footage captured at Dairy Farm showed a king cobra biting into the tail-end of an equally large python. 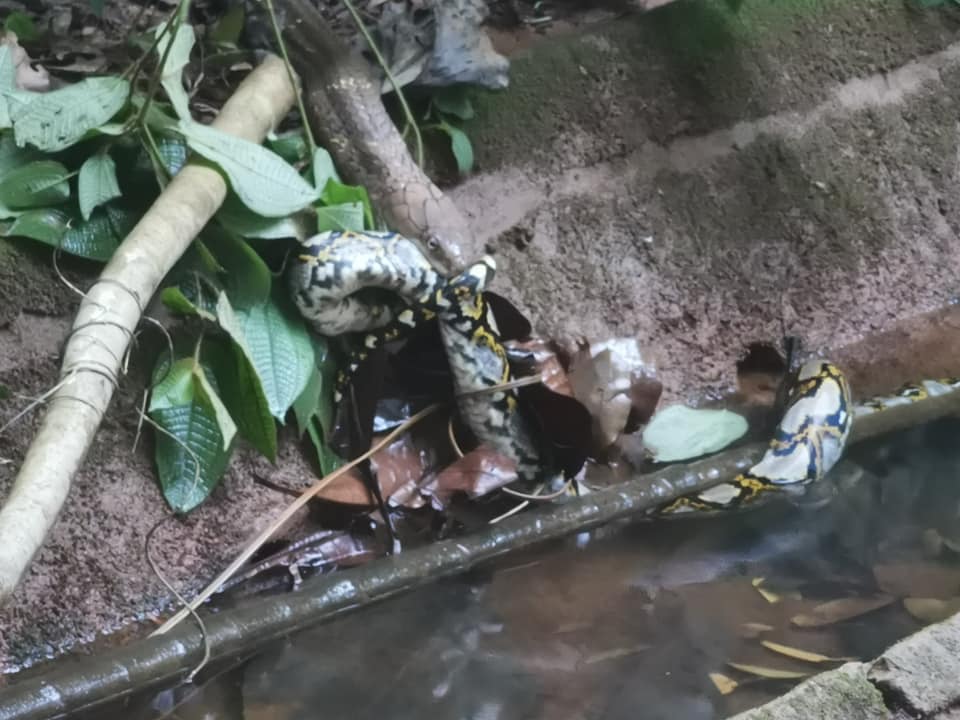 It was unknown how long the battle has been going on for but the python seemingly looked lethargic and pale.

Later in the video, the king cobra can be seen moving its body possibly jostling for a more favourable position to take down the python who slowly wriggling away.

With eyes on the prize, the king cobra never once let up and his whole body slammed against the nearby fencing in the process.

The video ends with the python inching away from the king cobra’s new position. 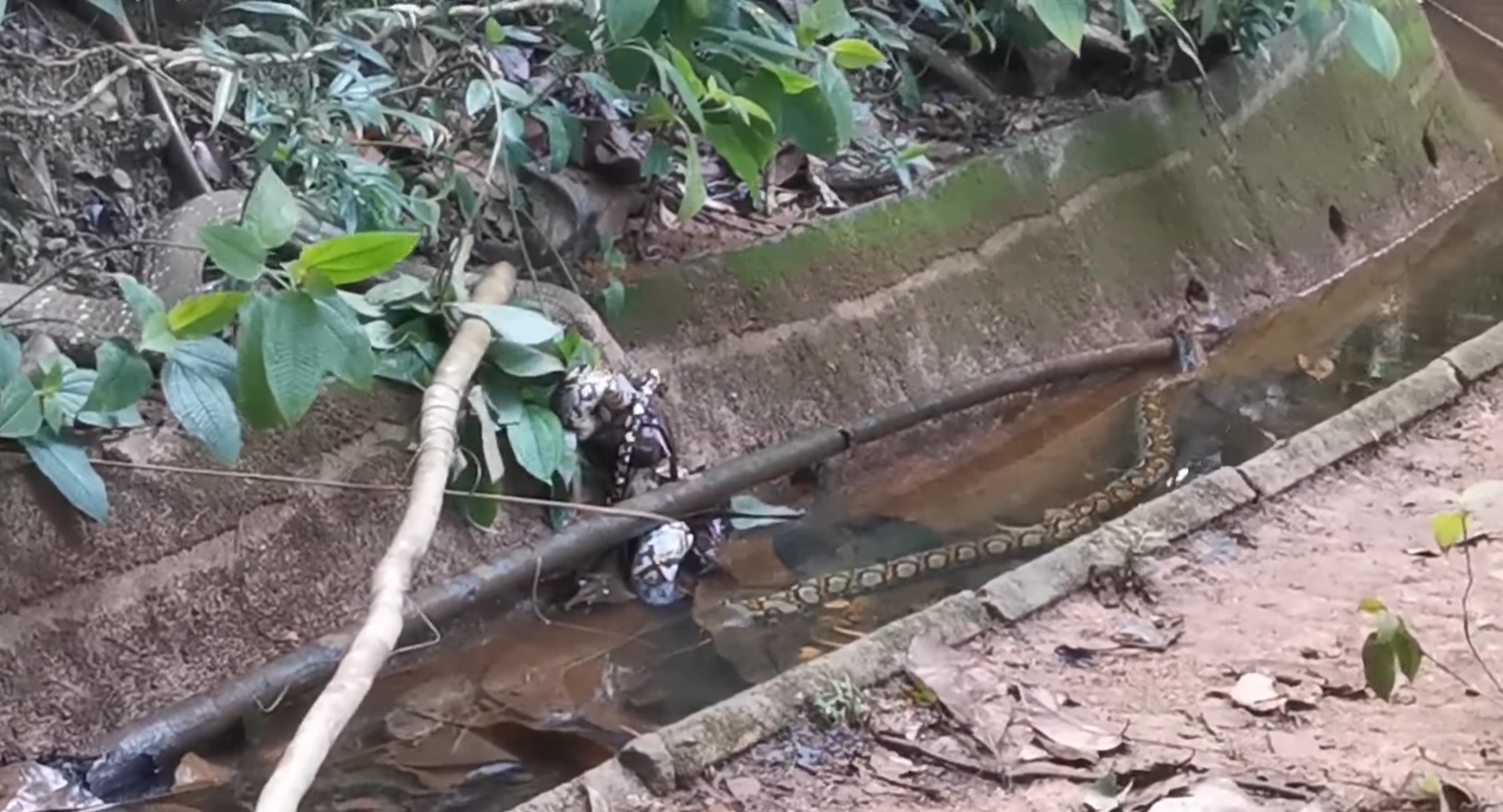 Netizens in awe at battle between snakes

While some netizens are in awe at the rare sight, others expressed that the king cobra would win “9 out of 10” times.

Some netizens also provided their own insight, saying the fight could’ve gone either way, with either the king cobra being constricted to death or the python succumbing to the venom. A curious netizen asked for an update on the outcome of the battle, to which Mr Ong replied that he returned to the location hours after and wasn’t able to locate any of the snakes. 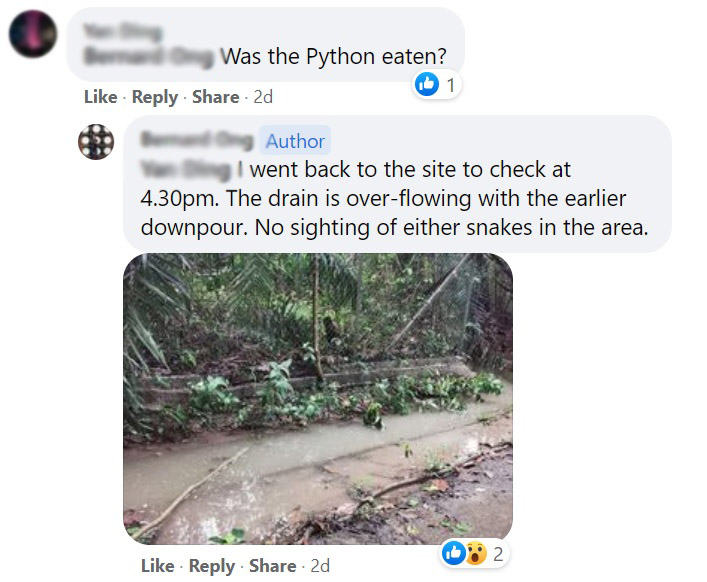 According to NUS Wiki, king cobras usually feed on other snakes and reptiles.

While the python is commonly observed to be part of the cobra’s diet, duels between the both of them usually end up in a sad draw.

Even though the venom bite from the king cobra is deadly, the pythons are known to constrict the cobra in self-defence, leading to both parties dying in battle.

Rare sights to be observed safely

While it is certainly rare to see such a battle between snakes occur in front of your eyes, one should veer on the safe side and witness nature from afar.

It certainly is interesting to see how vicious nature can get in such an urbanised country like Singapore.

Hopefully, daredevils don’t tempt their fate if they ever encounter such sights and stay a safe distance away.