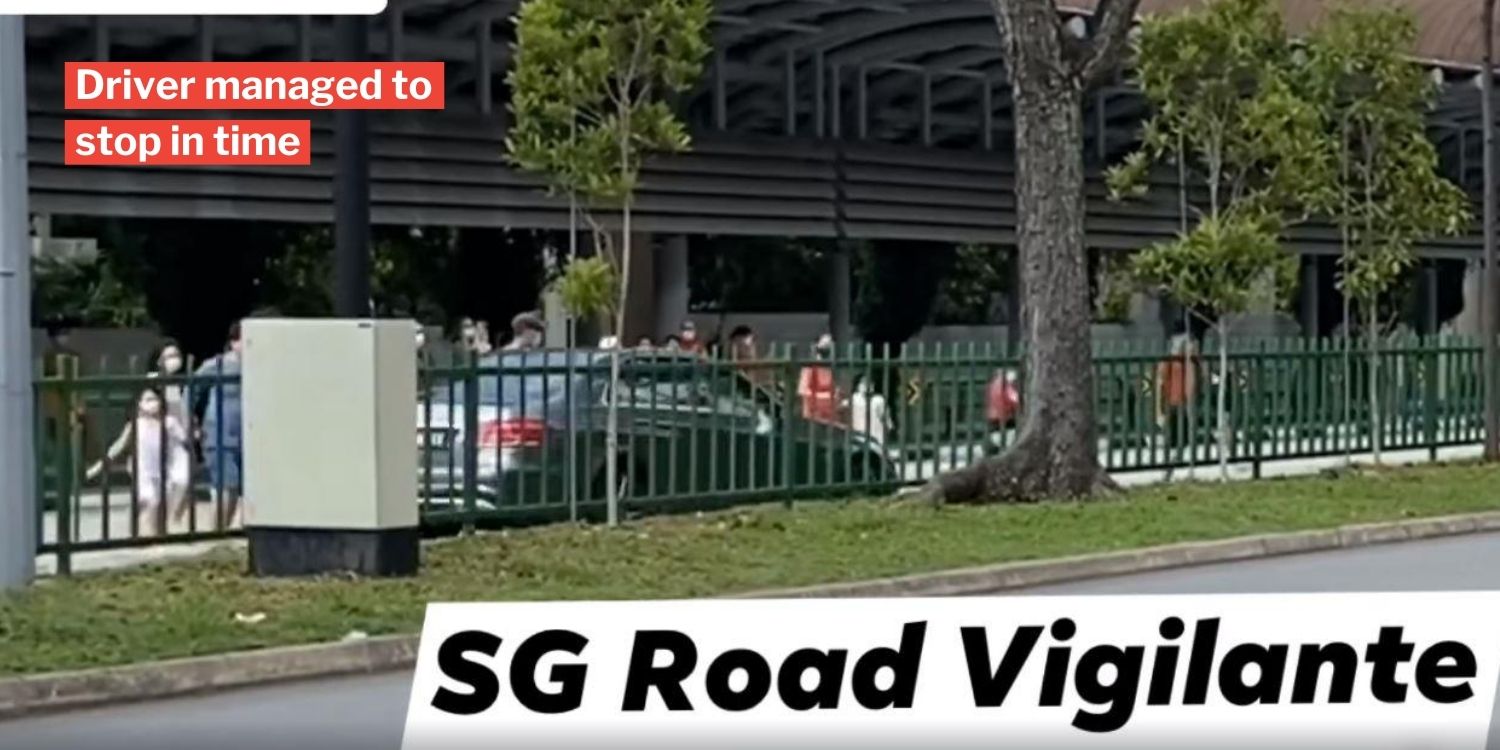 National Day gets everyone excited every year, what with the lineup of events like firework displays and parades.

Unfortunately, some let that enthusiasm take hold of them too easily, till they almost risk their lives for it. 2 children in Boon Lay narrowly missed being hit by a car yesterday (9 Aug) while trying to catch the mobile column.

The video of the incident on Facebook page SG Road Vigilante went viral, garnering over 2,200 shares at the time of writing.

According to the post, the incident had occurred at roughly 10.28am yesterday (9 Aug) along Boon Lay Way.

As the NDP mobile column made its way down the side of the street closer to the camera, a group of people on the opposite side can be seen trying to cross over.

They let several cars pass before attempting the 3-lane crossing, but 2 young boys in red didn’t seem to notice one heading in their direction. 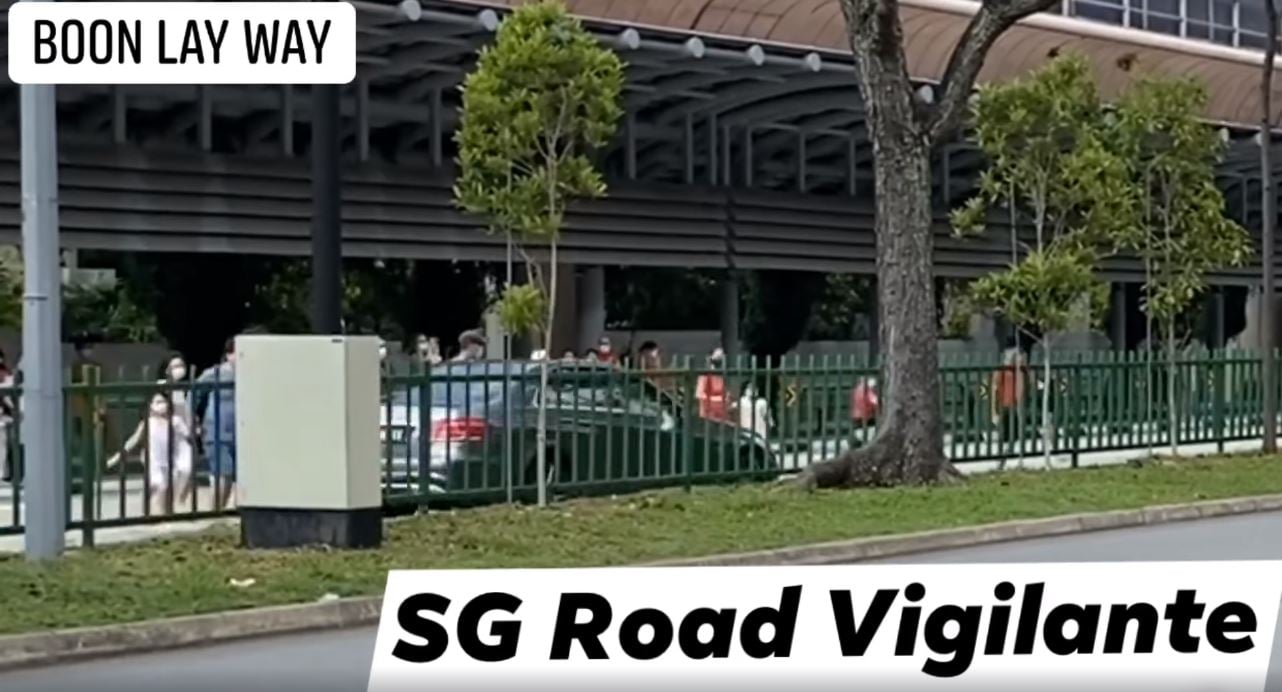 The younger boy trailing behind the older one momentarily stopped in his tracks, perhaps in shock, before dashing to safety.

Thankfully for him, the driver also managed to halt in time, narrowly missing the child.

A pair of adults, possibly the children’s parents, appear to chide them for their carelessness from afar, but proceeded to take the same route. 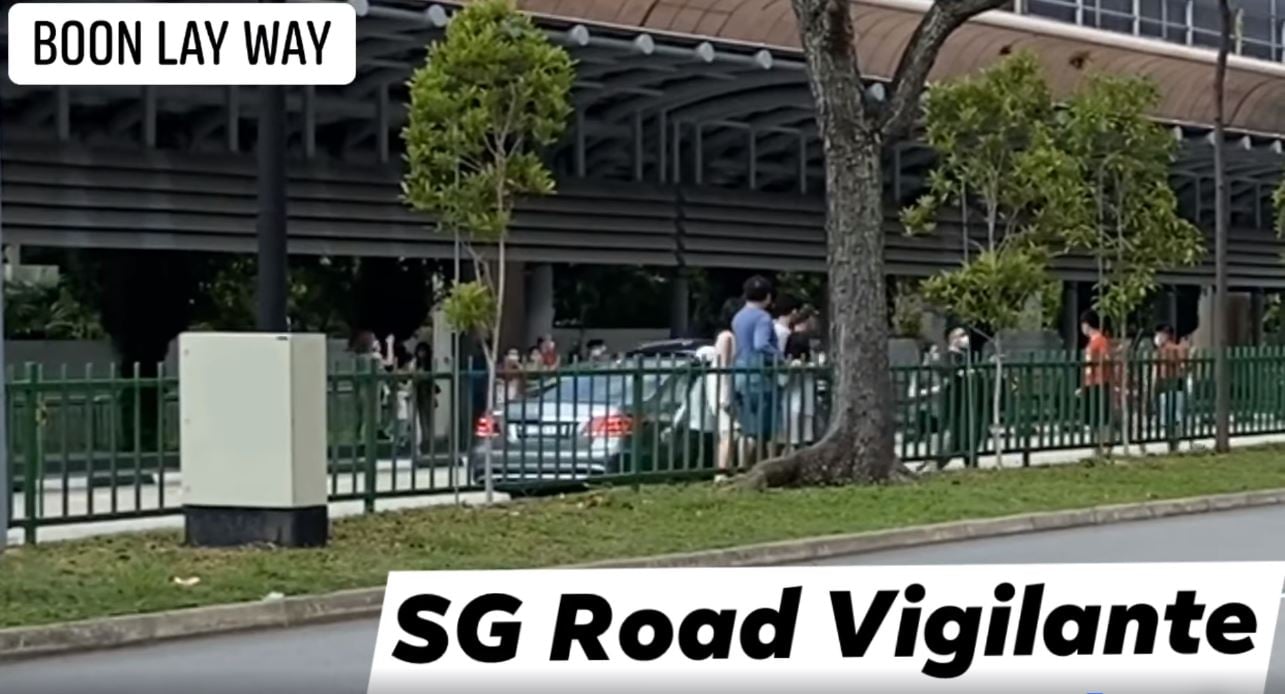 While the car stood still, they pointed their fingers at the boys and casually strolled in front of the vehicle to join them.

Another family that had sprinted safely behind the oncoming car looked on from the grass patch along the road divider.

They all then whipped out their phones to record the mobile column as it drove past. 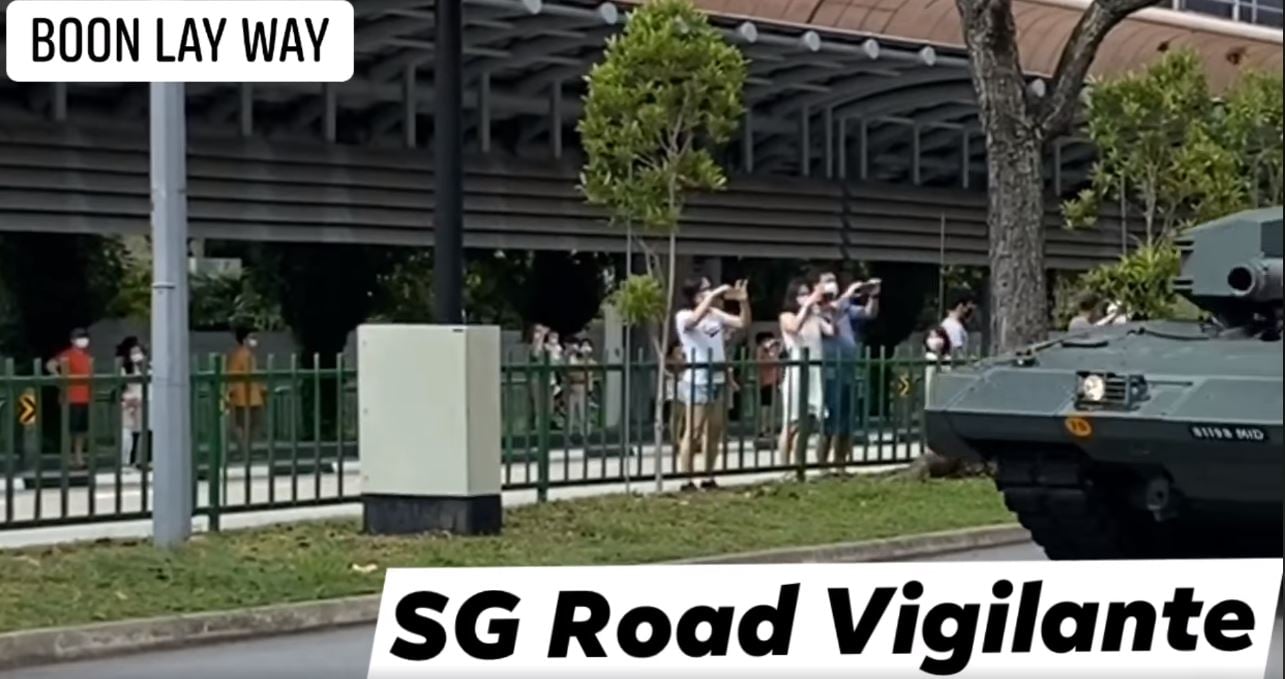 While we understand how hard it can be to contain our excitement for rare events like these, we hope everyone will remember to prioritise their safety.

This is important especially on the road, where situations can get unpredictable.

Remember to look left and right before crossing, and most importantly, only cross at pedestrian crossings. You wouldn’t want to break any laws, or worse still, end up with injuries.