Pedestrians’ Code Of Conduct Advises Against Using Phones, Not Even For Music Listening 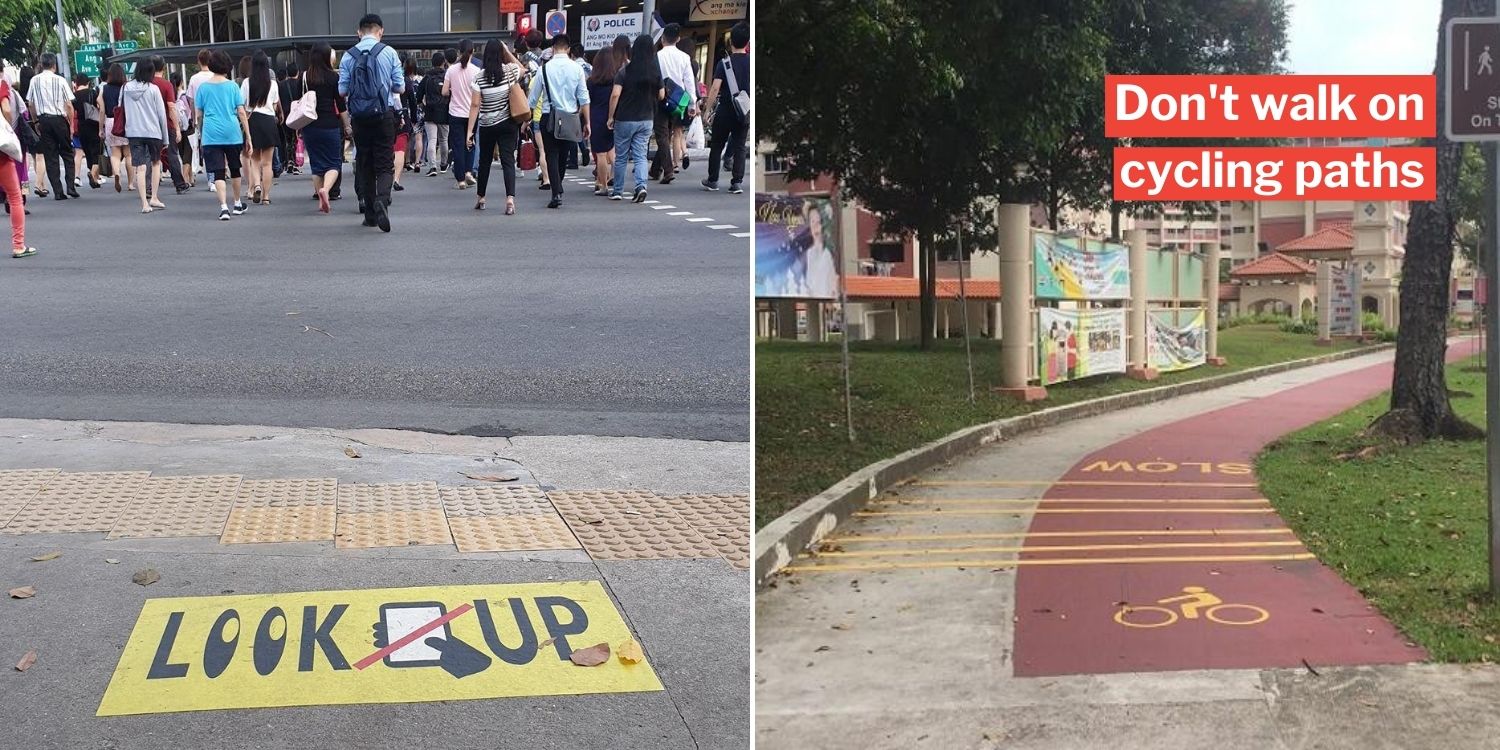 Pedestrians’ Code Of Conduct Advises Us To Avoid Phone Use, Keep Left & Stick To Footpaths

Drivers need a licence to take to the roads, and now riders of personal mobility devices (PMDs) also have to follow strict rules to keep everybody safe.

Those who’re on foot, though, also have a part to play in keeping safe — after all, they are the most vulnerable when accidents happen.

Thus, Singapore’s first-ever Code of Conduct for pedestrians has been launched, and one of the advisories is not to use your phone when walking. 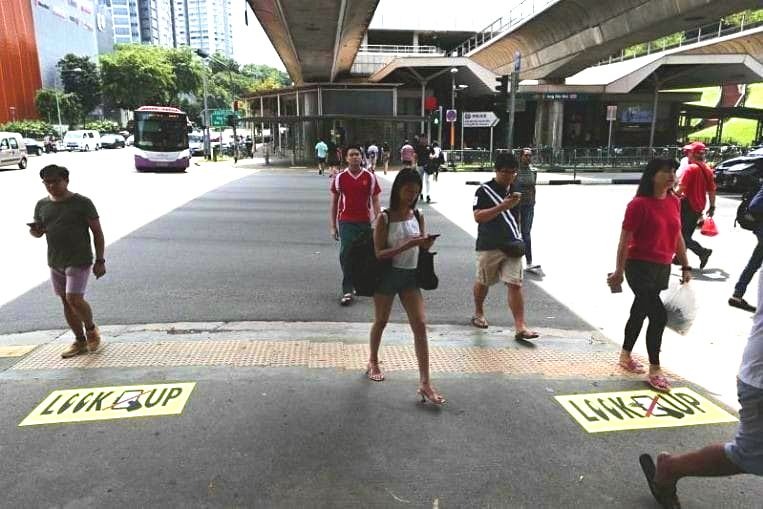 The introduction of the code was announced by the Land Transport Authority (LTA) in a Facebook post on Tuesday (4 Aug) night.

It included some safety tips. 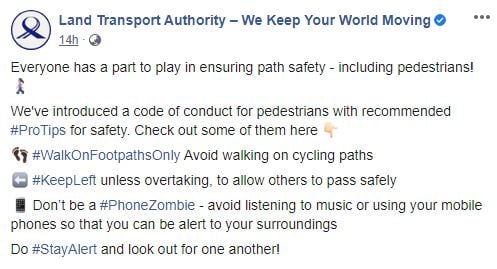 The code was proposed by the Active Mobility Advisory Panel (AMAP) in a report that was accepted by the Government on 4 Dec, 2019.

Don’t be a smartphone zombie

One of the advisories concerns a habit that many Singaporeans are guilty of, especially youngsters.

That’s staring into your phone, or listening to music while walking. 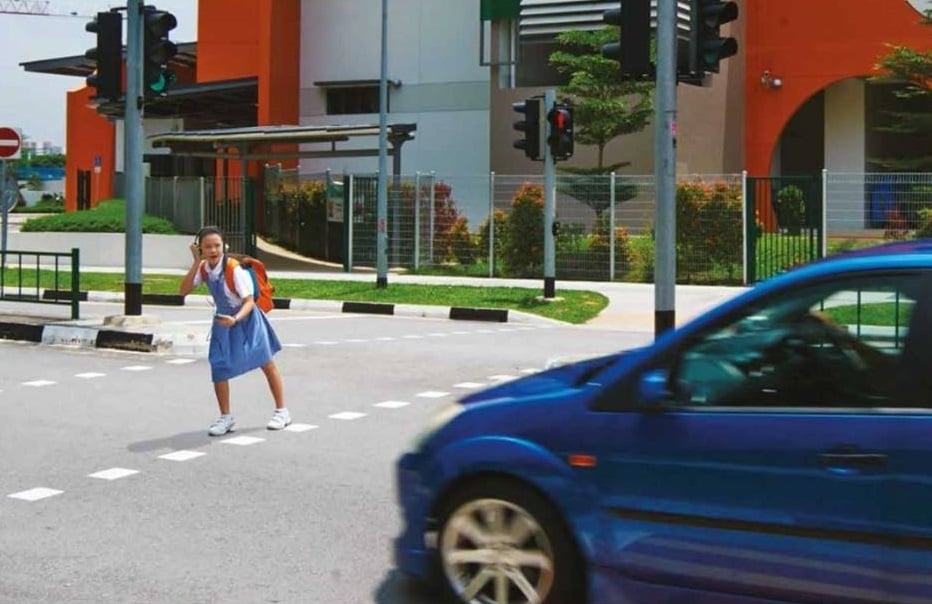 The problem has gotten so bad across the world that in some countries, special footpath lanes for “smartphone zombies” have been installed. 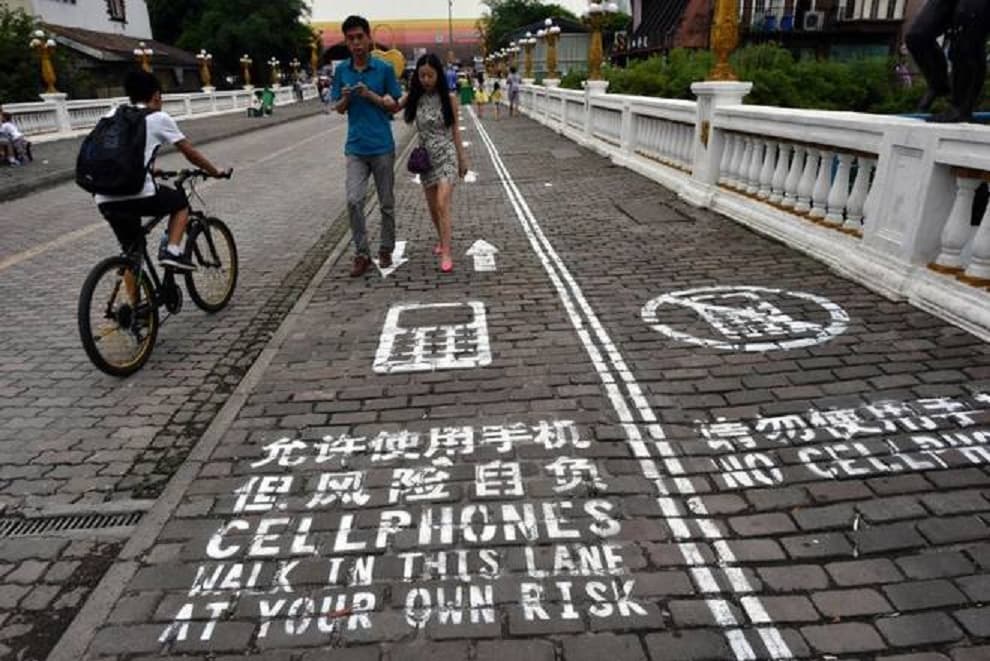 While Singapore doesn’t seem to be doing that yet, the Code of Conduct does advise us not to use mobile devices while walking.

That includes listening to music, as that means you’ll be less likely to detect any oncoming obstacles. 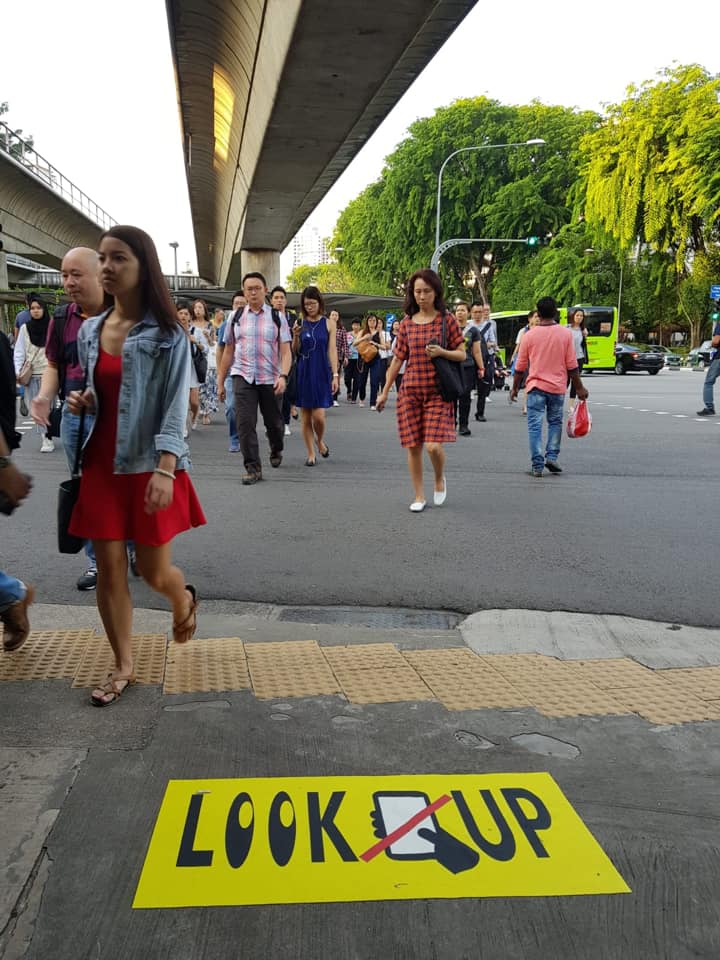 Another advisory pertains to walking on cycling paths — don’t do it. 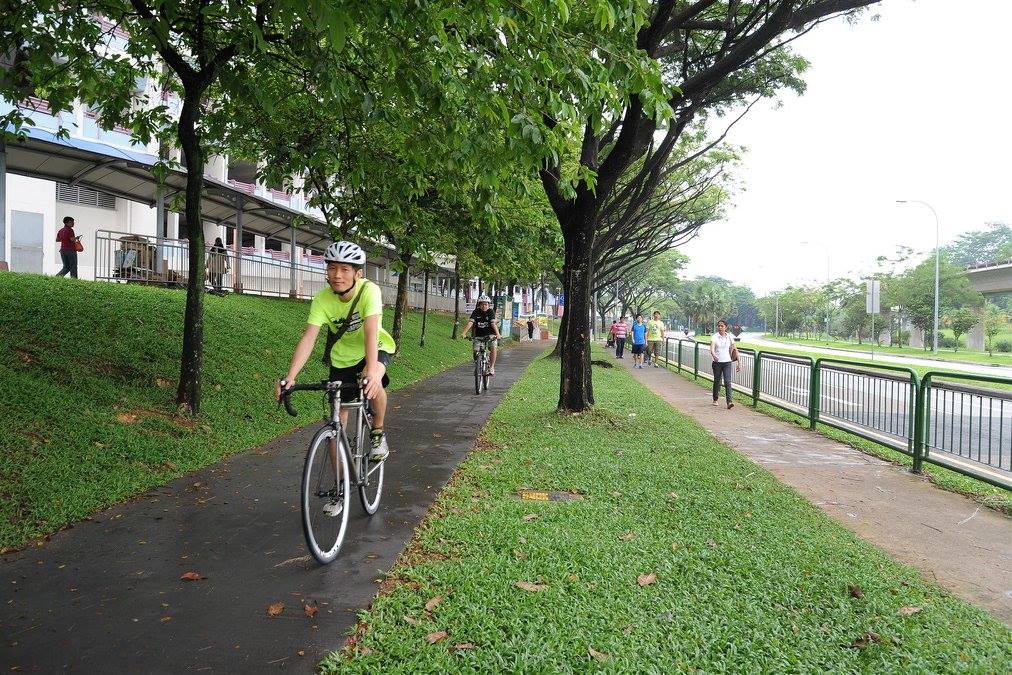 If you open your eyes, you might notice that some estates have dedicated paths for cyclists. Don’t walk on them.

Walk on the footpaths for pedestrians instead.

This might sound so simple that it doesn’t need to be said, but people are still doing it.

Also, sometimes the cycling path and footpath is next to each other, so do look where you are walking and don’t stray into the other path. 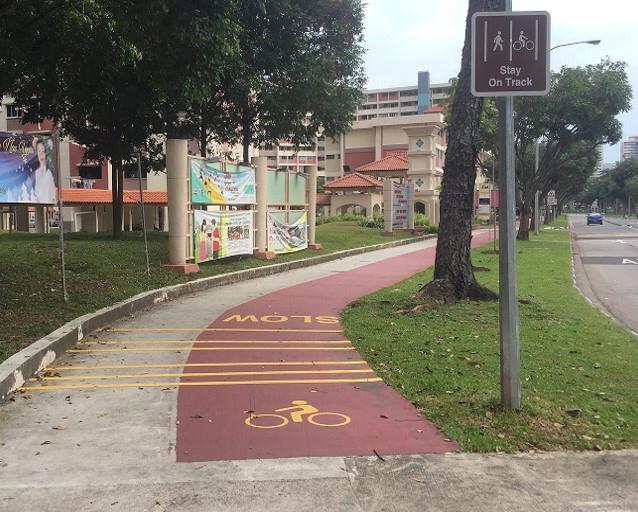 Even when there are shared cycling and pedestrian paths, it’s better to walk on the footpath if there’s one. 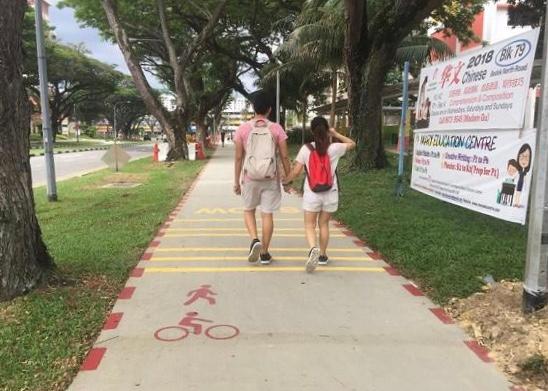 That’s probably one reason why it’s better not to use your phone while walking — so you can see whether you’re on the right path.

Lastly, just like on escalators, pedestrians have been advised to be like Beyonce — keep to the left. 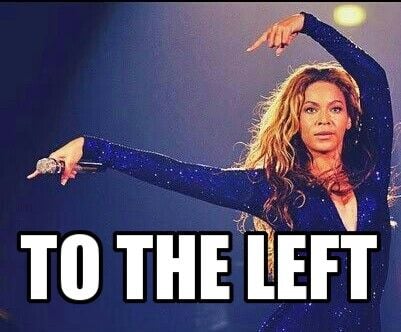 That’s when you’re walking on footpaths, at least.

An exception is when you’re overtaking, the LTA said.

Here’s a short summary of the AMAP’s recommended guidelines.

The Pedestrian Code of Conduct kicked in this month, along with a rule that banned PMD riders from using a phone while riding.

While it’s an advisory and no penalties have been announced yet, pedestrians should bear these rules in mind for their own safety.

That’s because safety is everyone’s responsibility, not just those who’re on wheels.