The uncle would ask people to buy food for him.

Bugis Uncle Seen Throwing Food That Man Bought For Him

Acts of kindness are usually done without an expectation of anything in return, but it’s never a good feeling when your efforts are perceived to go to waste.

So when a man saw that the food he bought for an elderly uncle went literally into the bin uneaten, he decided to make a post warning others. 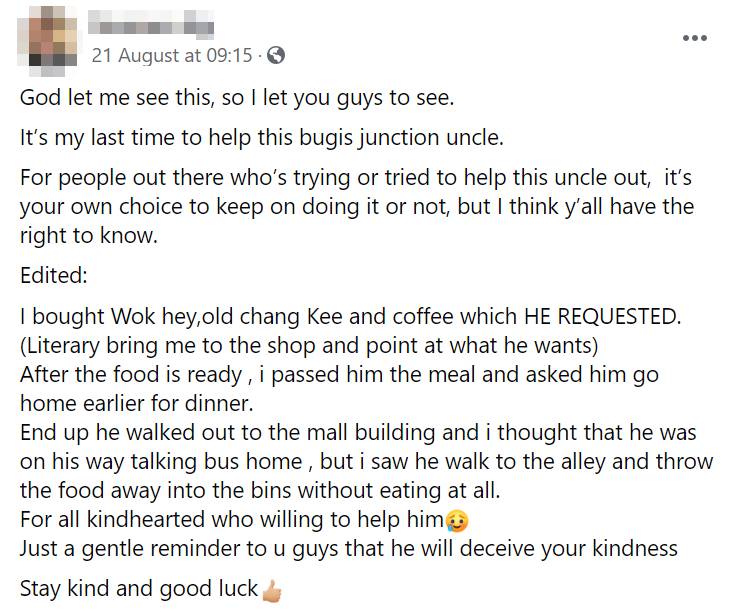 The man shared that the food he’d bought for an uncle was thrown away, leading him to let people decide whether they want to help him in future.

While the reason for throwing the food away isn’t clear, comments have understandably been rather divided, though a majority also praised the man for helping.

The man, Mr Ng, shared on Complaint Singapore an incident on 21 Aug.

The post initially declared that it would be the “last time” he would help out a particular uncle at Bugis Junction, posting some images of the uncle apparently dumping uneaten food into a bin. 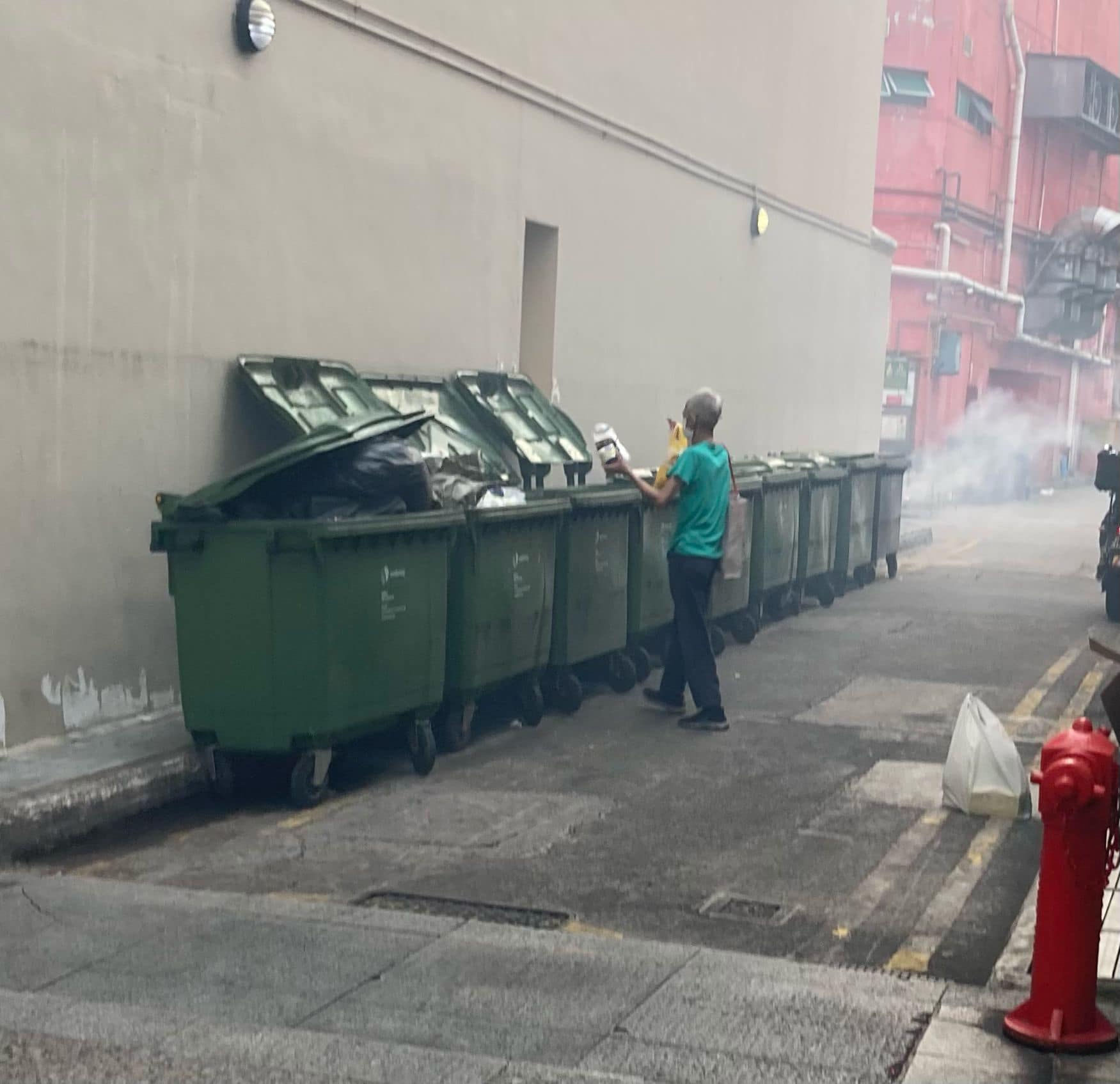 Mr Ng explained in the post that he’d bought Wok Hey, Old Chang Kee and coffee for the uncle as it was what he requested.

Apparently, the uncle had picked out the food on his own.

After that, he thought that the uncle was going home early to eat, but what he saw was the exact opposite. 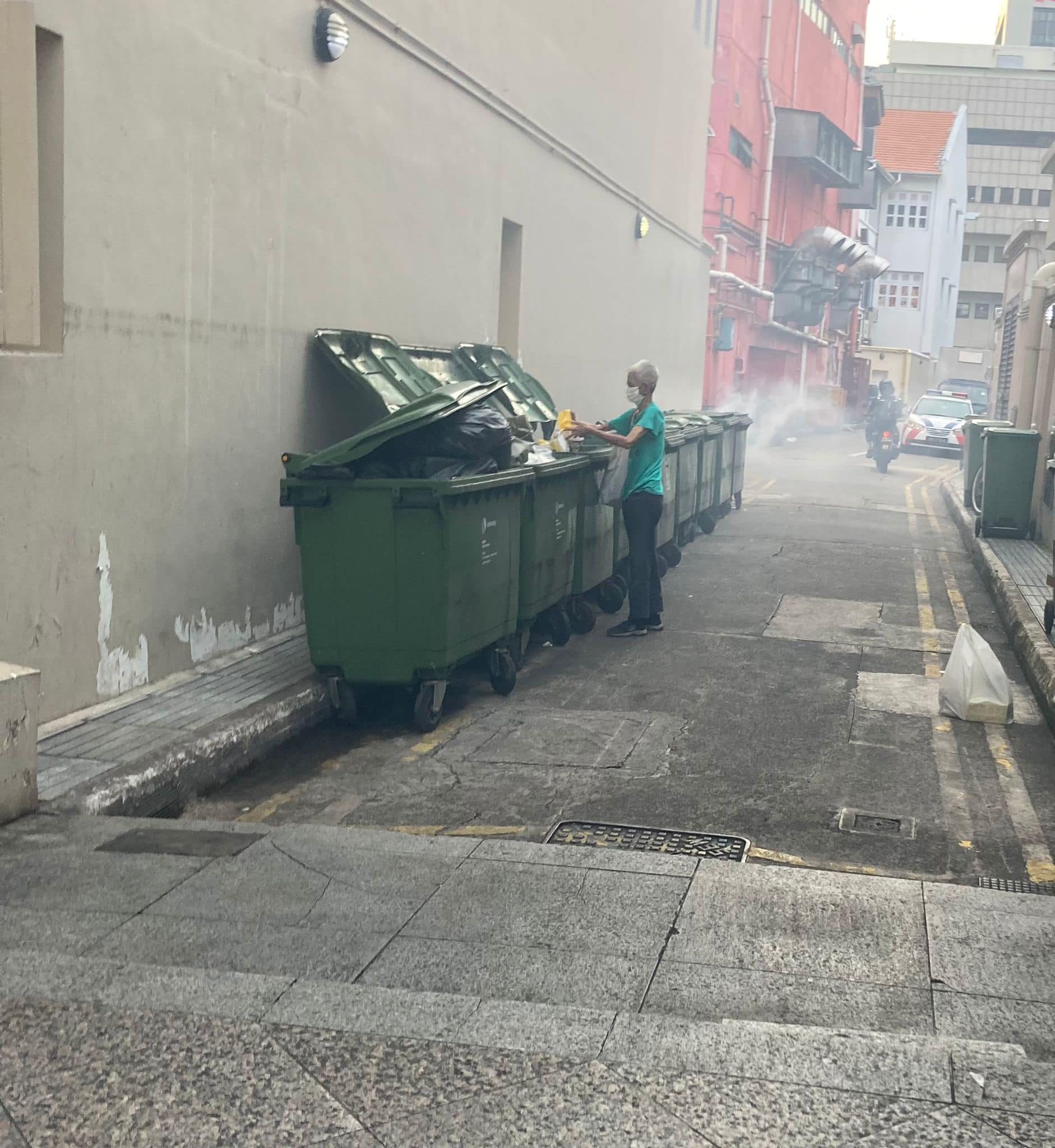 Instead, Mr Ng found the uneaten food and coffee in the bin. 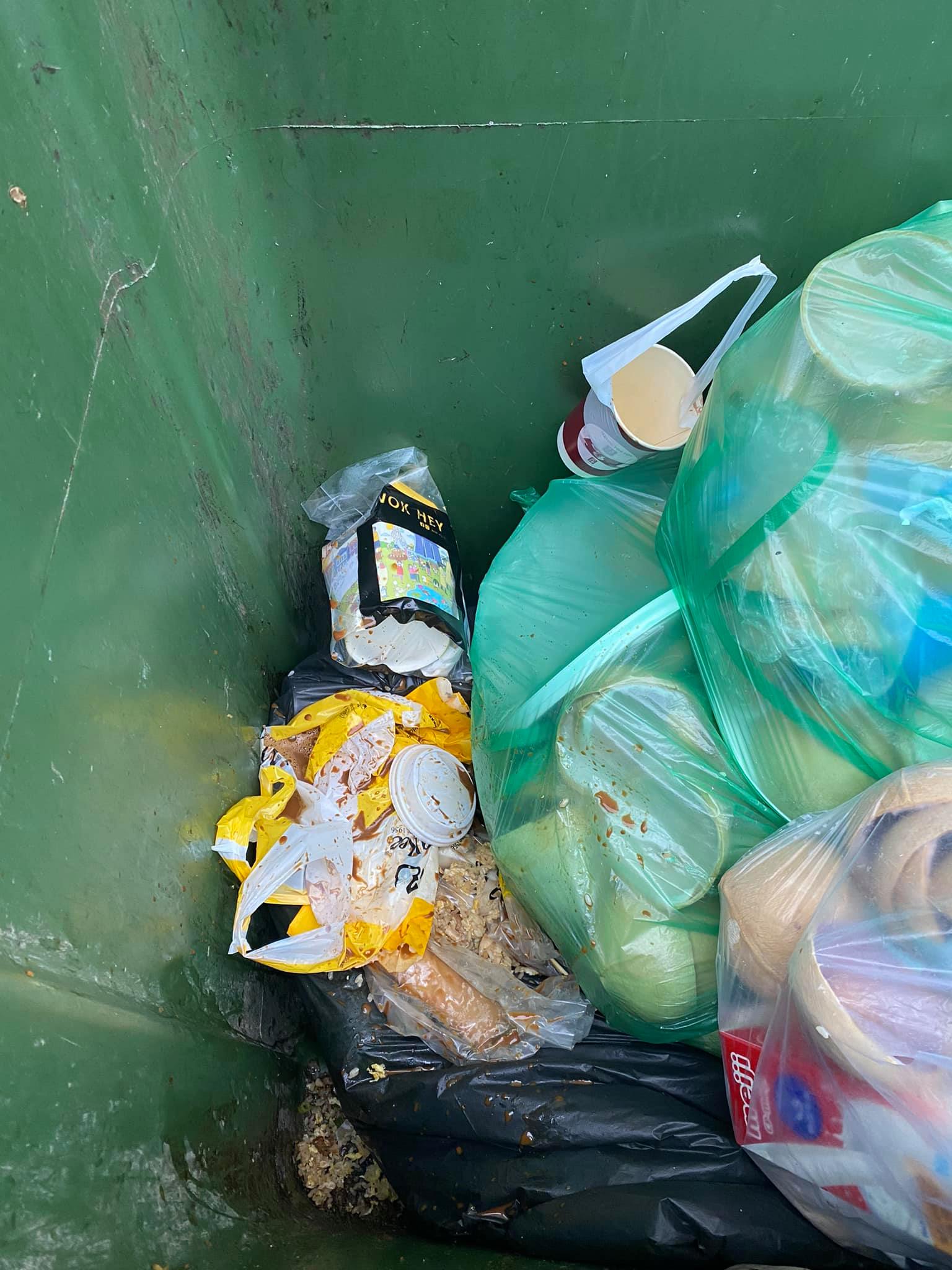 Mr Ng said that the post was made so as to warn others who may want to help the uncle.

This is because the uncle will frequently ask others for food as well.

Other people who’ve claimed to help the same uncle noted varying results in the comments.

Sometimes he’ll eat the food that others have bought for him, while there are some who also claim that he’d throw the food away without eating it.

In all of these cases, the uncle would apparently pick the food out, so it’s likely not a matter of him not enjoying the food that was bought for him.

Many comments asked Mr Ng to chin up and take heart that he did the right thing, even though the food was wasted.

Hope uncle gets the help he needs

Many people here are kind-hearted and are willing to give a lot to help others.

But it’s certainly not a good feeling when the food you buy for them ends up thrown away.

There’s no obligation to help others, but it’s not good to waste food for sure.

Thank you, Mr Ng, for your kindness and even though the food went to waste, you definitely did the right thing.

As for the uncle, we also hope that he gets the help he needs. Their situations can be complicated and there may be more than meets the eye.

Perhaps as passers-by, the help we can offer is limited. But we’re sure that there are community volunteers and MPs who are able to offer support, and that they are already doing so.