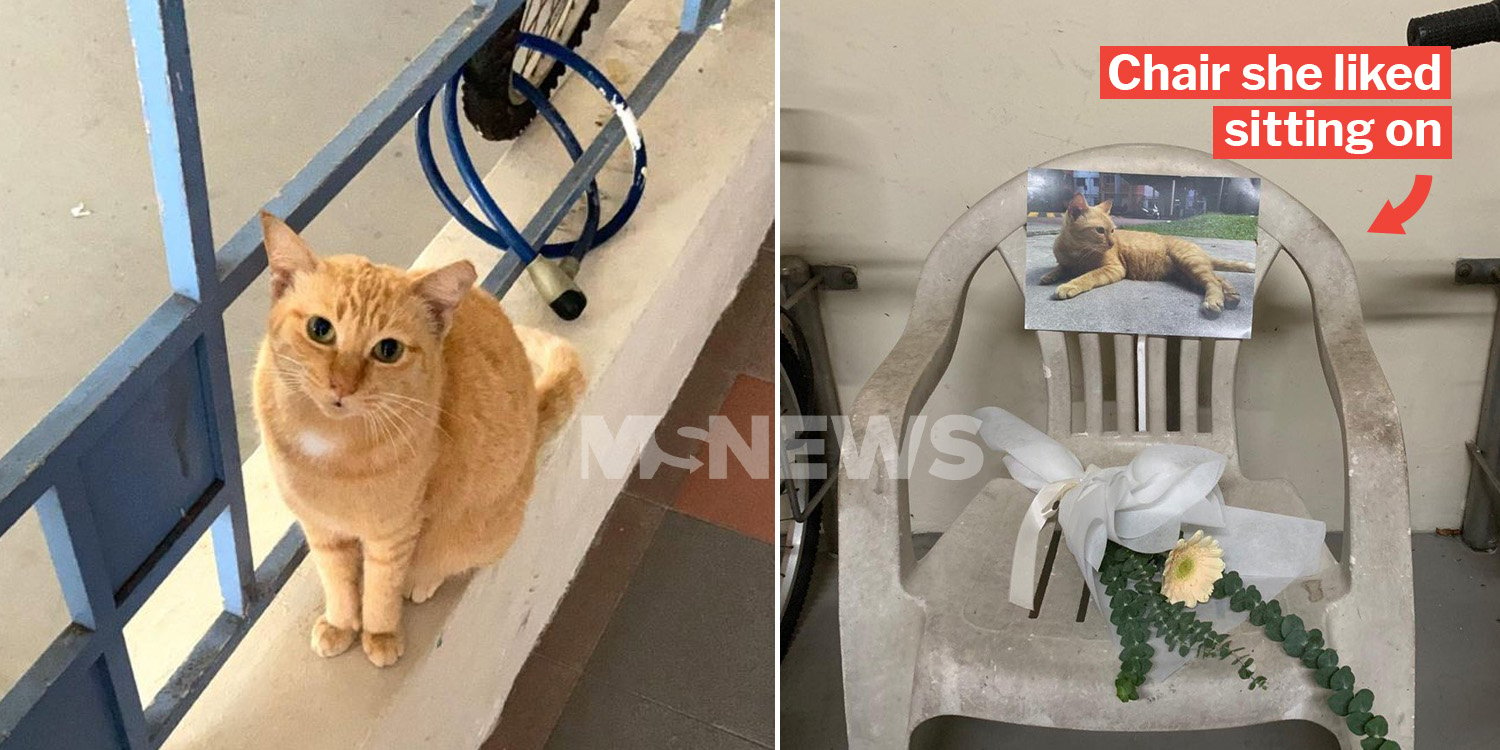 As cats aren’t legally allowed to be kept in HDBs, feline-loving residents often look after community cats that lepak around void decks instead.

For one community cat in Bukit Merah, she was well-loved by residents thanks to her warm and friendly character. 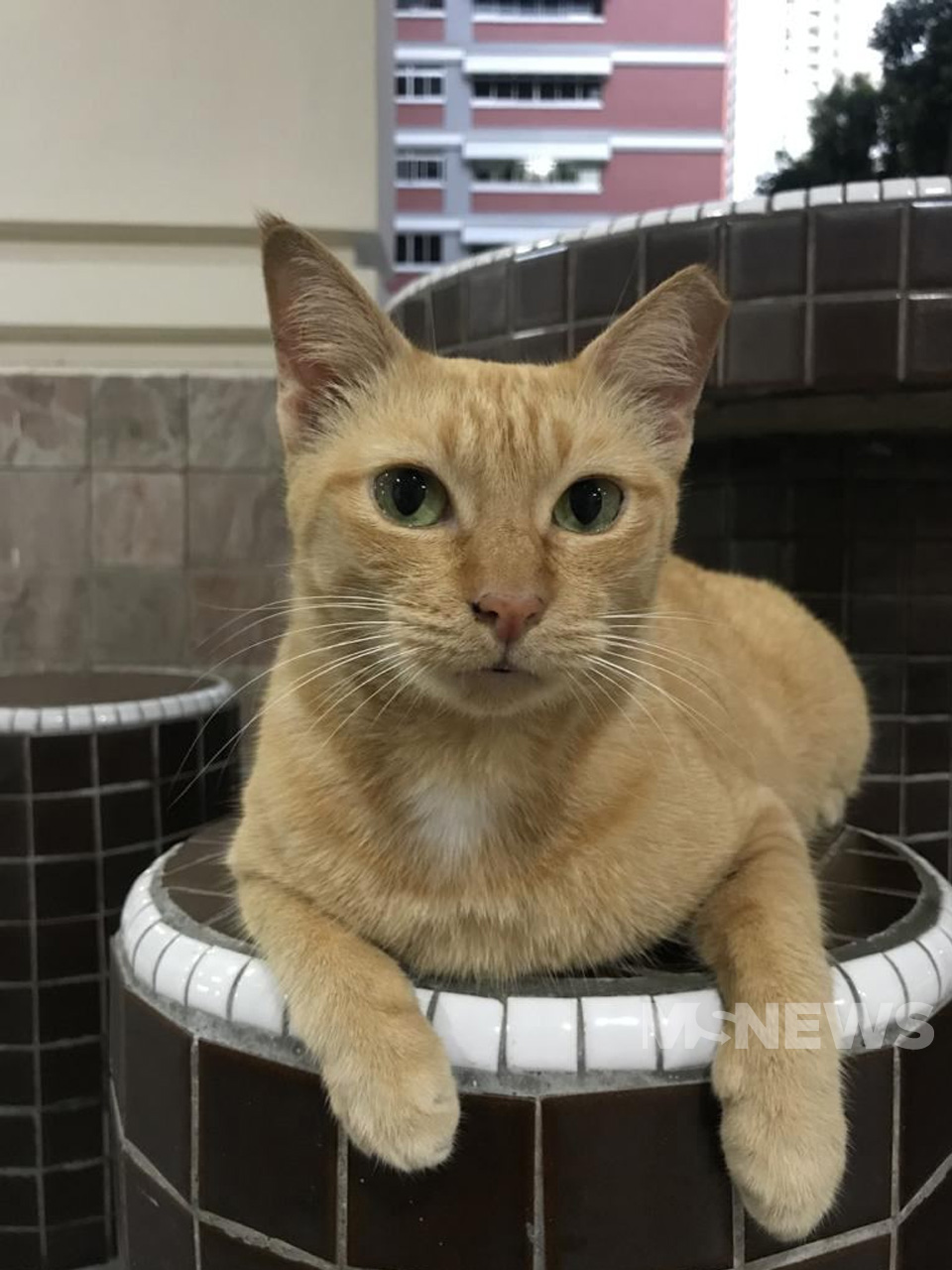 Unfortunately, tragedy struck on 4 Nov when Toby’s life was robbed, allegedly due to a car accident. Residents were shocked to find her body near the road.

Since then, tributes came pouring in the form of handwritten letters and flowers to remember the beloved community cat of Block 125 Kim Tian Road. 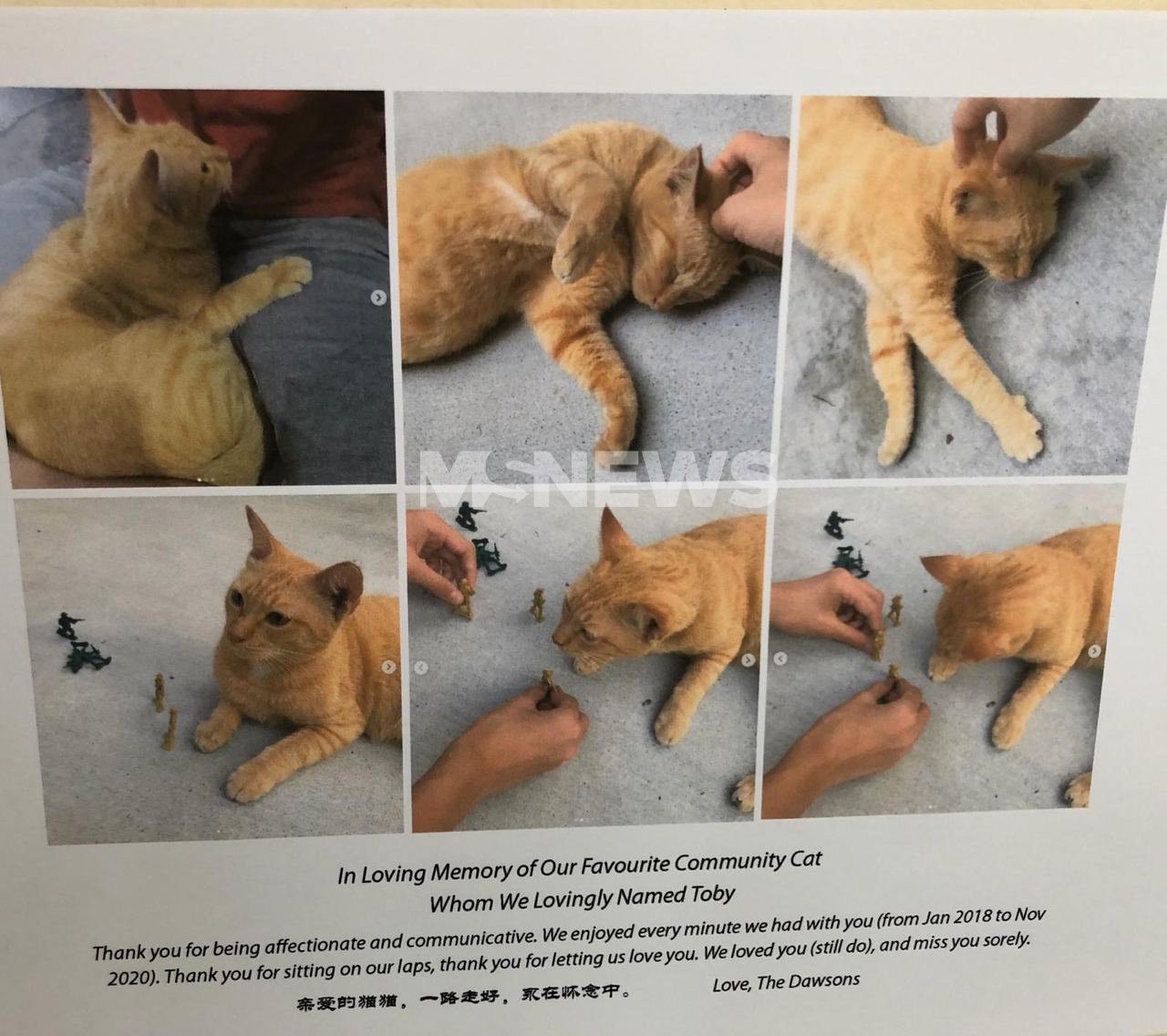 MS News reader Herman shares with us the beautiful story of Toby, and how she won the hearts of her neighbours.

Speaking to MS News, a 24-year-old student – who wanted to be known only as Herman – said most residents living at Block 125 would know Toby, as she had often hung out at the void deck in the last 5 years.

She was really friendly and would meow and follow people she recognised.

Even though he wasn’t a cat person, Herman said he found himself saying “hi” to her and even played with her sometimes after coming home. 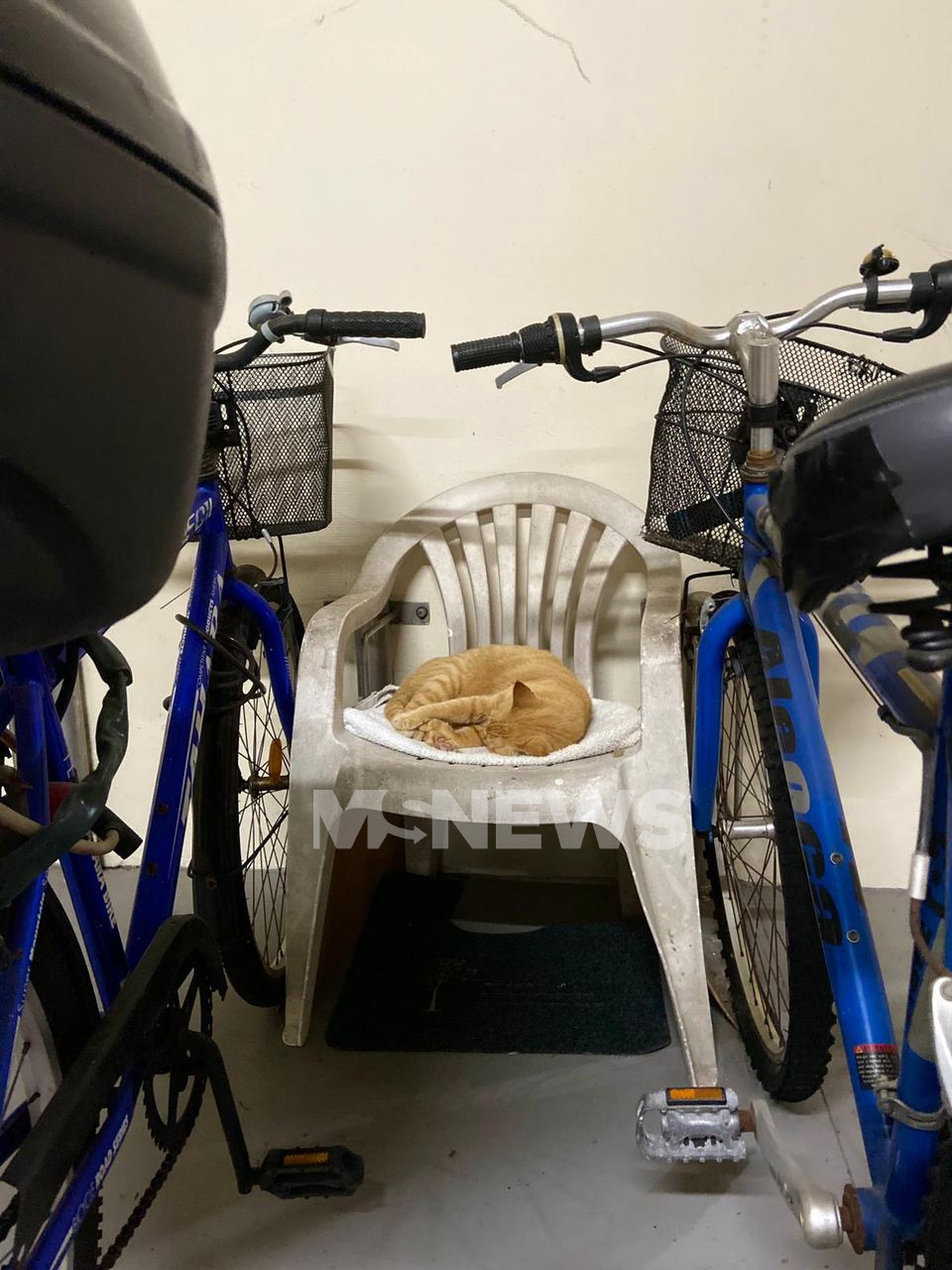 The chair Toby liked to lay on

Whenever it rained, concerned neighbours would give her a cushion or cardboard to seek shelter in. 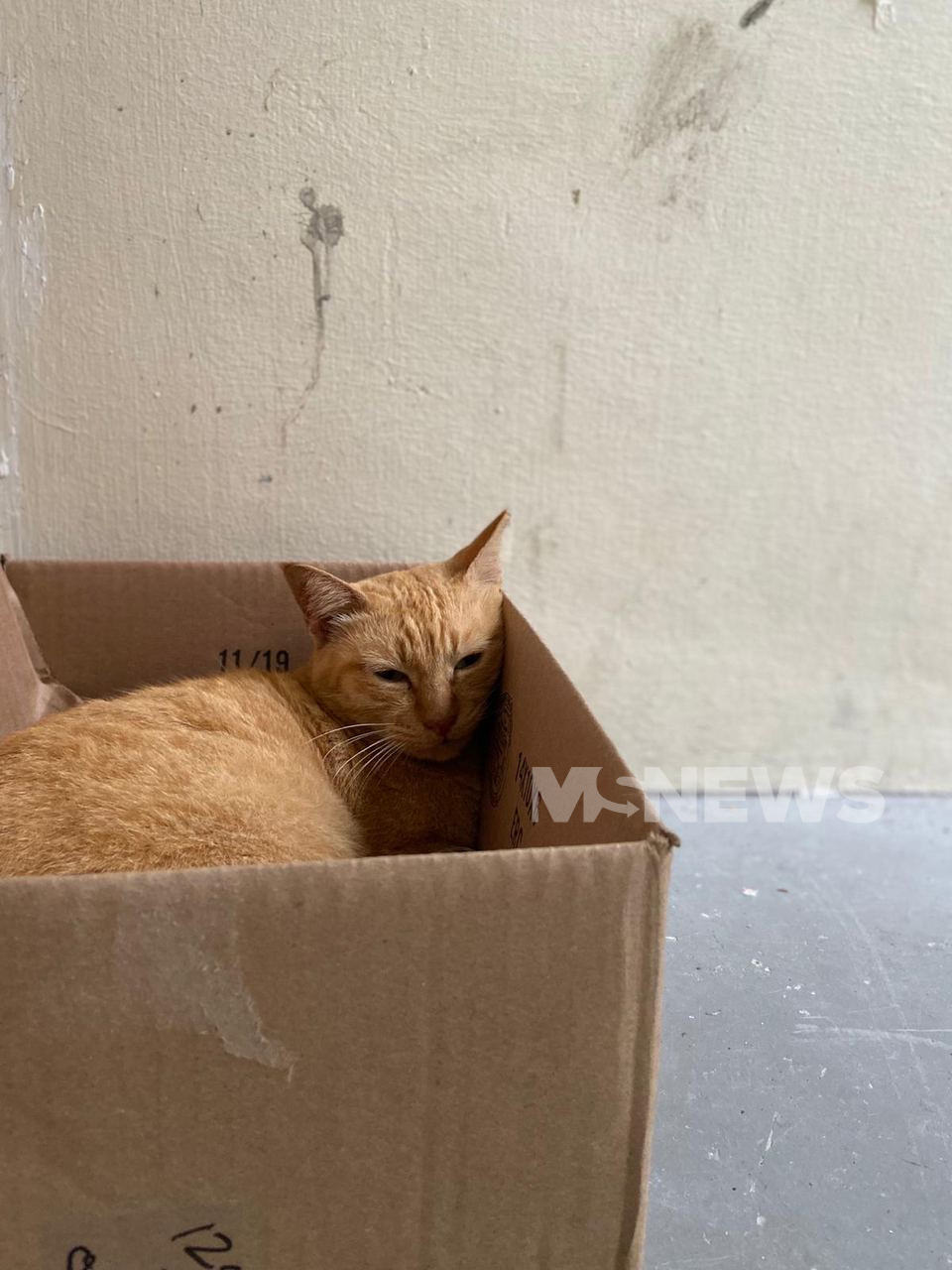 “There are a few other cats in the neighbouring blocks, but none was as friendly as her!” he shared.

Believed to be hit by car on 4 Nov

Sadly, Toby’s life was cut short. Around 4 Nov, Herman said someone found her dead near the road downstairs.

Neighbours believed that she was hit by a car.

People who adored her were shocked to learn of her fate, after someone set up a ‘shrine’ using her favourite chair. 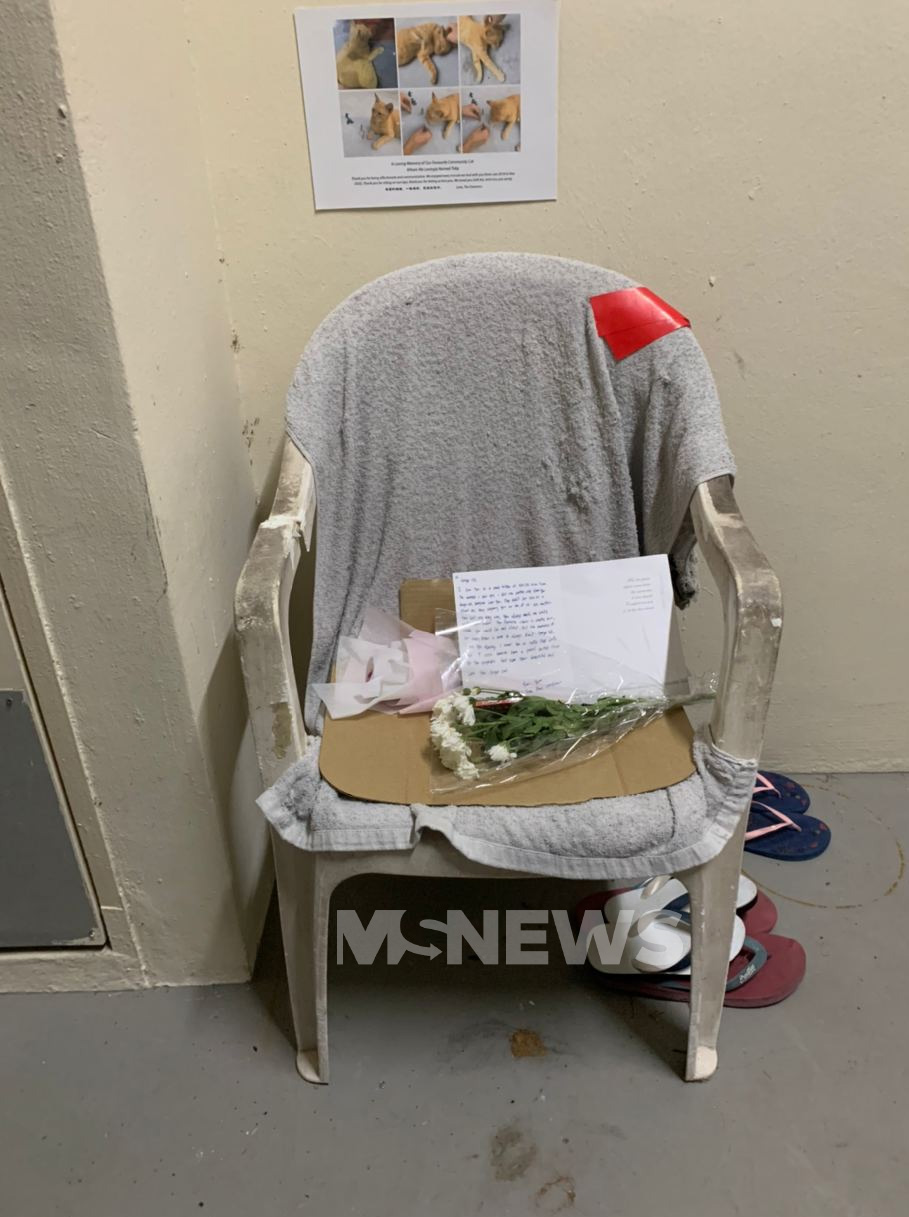 Eventually, more people started leaving flowers and even heartfelt letters, said Herman, almost as if Toby had been their own pet. 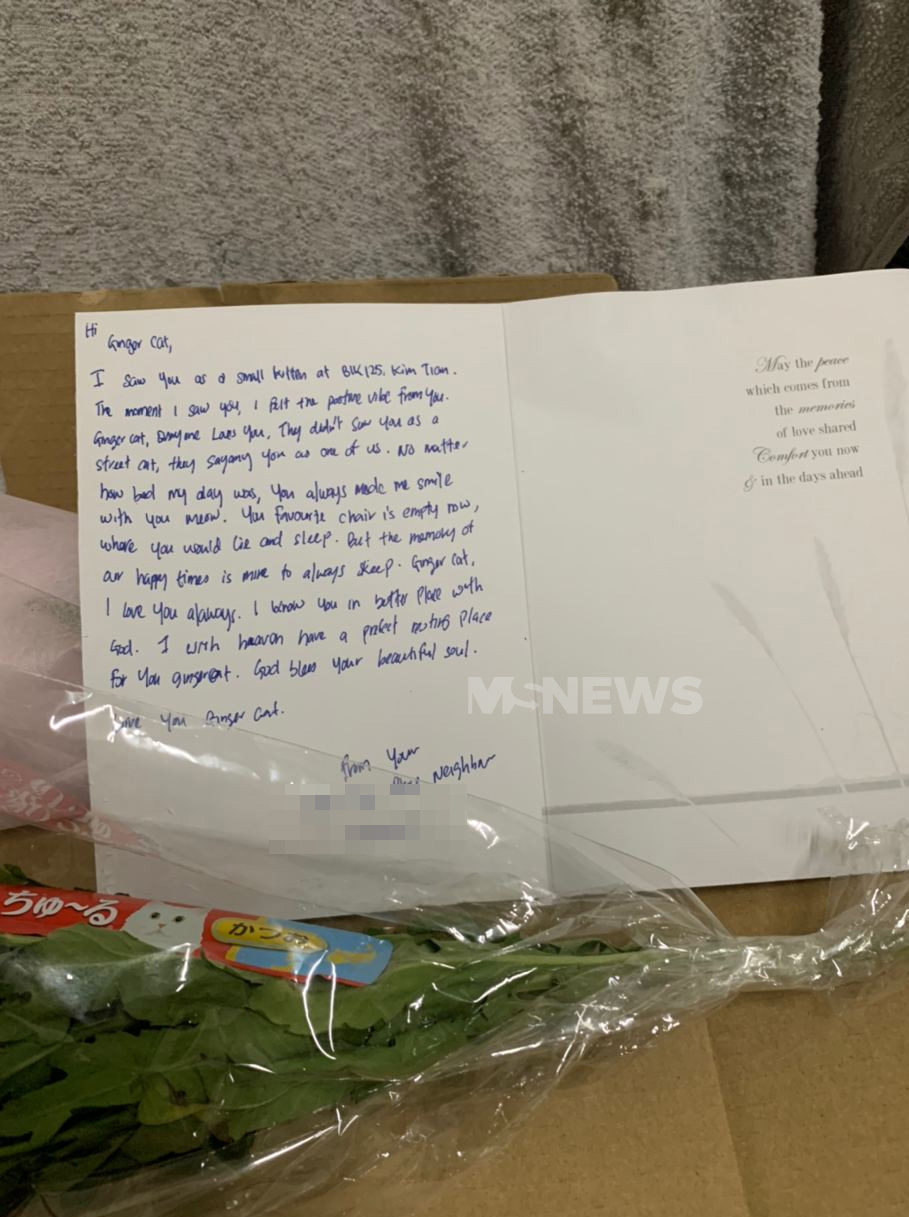 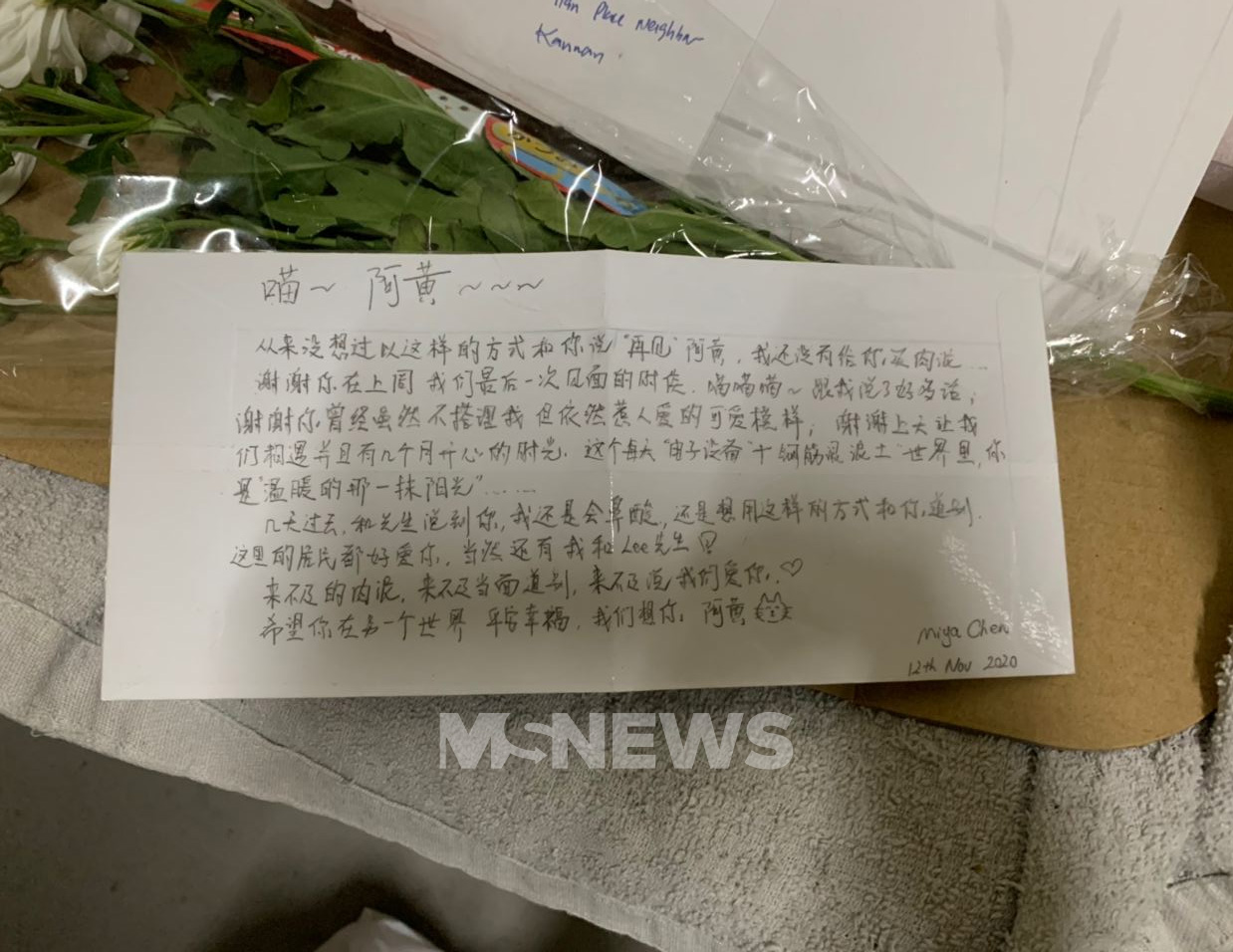 Such touching tributes are hard to come by for street animals these days.

Toby was more than just a street animal, for sure. For Herman, losing Toby felt like losing a good friend. 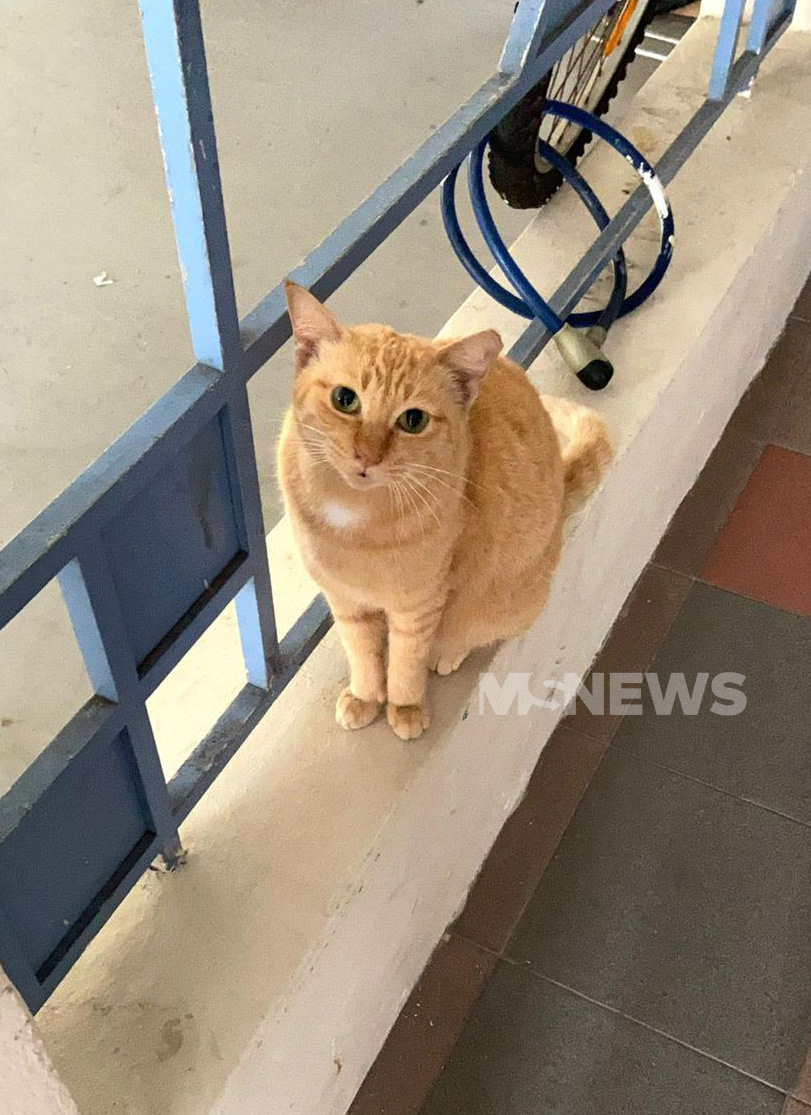 She made our block special in a way. I think from the letters you can see many others felt the same way.

Asked about Toby’s qualities that made her adored by everyone, Herman said he believed that it was her friendly and loving nature that warmed their hearts.

She could recognise people as well, and you don’t really get that a lot in cats.

“She was really pretty too, especially the colour of her fur, which was quite rare,” he related.

The animal-loving spirit of residents at 125 Kim Tian Road is indeed heartwarming. They saw Toby more than just a community cat — they felt she was one of their own.

It’s going to be hard to accept the fact that they won’t get to see Toby around anymore. 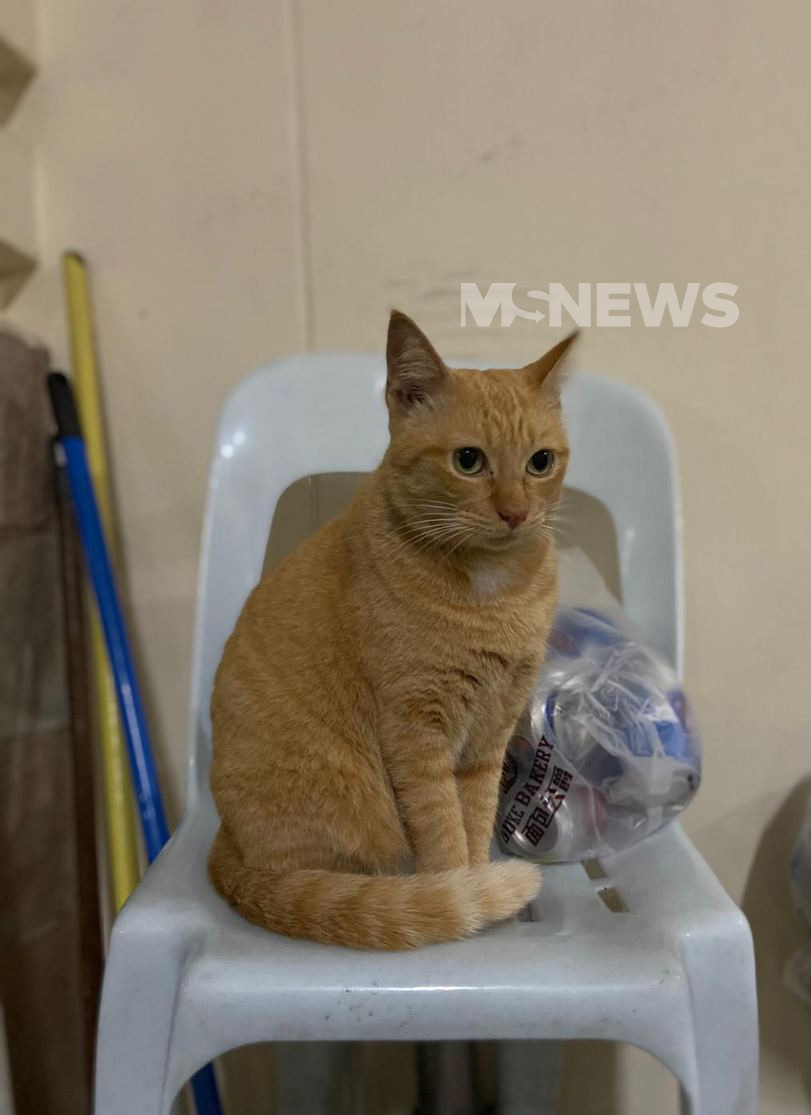 But wherever she is now, we hope she knew she was well-loved, and that her passing has left a gap in the hearts of many.

Rest in peace, little one.