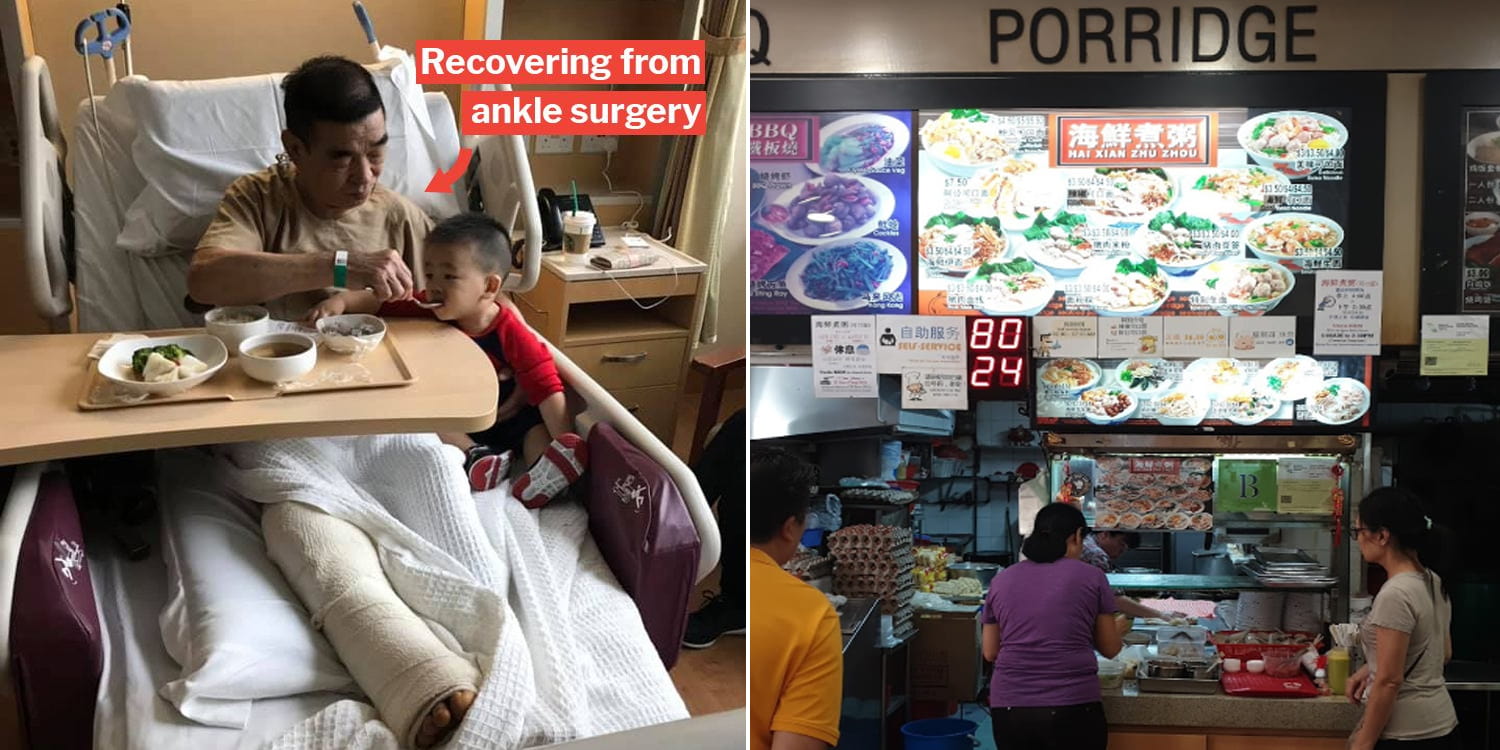 Bukit Panjang Hawker Had To Close His Stall To Recuperate

Those staying in Bukit Panjang may be familiar with Hai Xian Zhu Zhou (海鲜煮粥) — a famous porridge and noodle stall known for their ke kou mian (可口面). As a result, the stall had to be closed temporarily.

Had to close stall temporarily to recover

News first broke of Uncle KKM’s injury on 13 Apr, when a notice was posted on the stall’s Facebook page. The post stated that they would be closed for 4 days to allow Mr Teo to recuperate.

A month later, another post was made. This time, customers were informed that the stall would be closed from 28 May, but for an indefinite period of time in order for Mr Teo to “heal his injuries”. 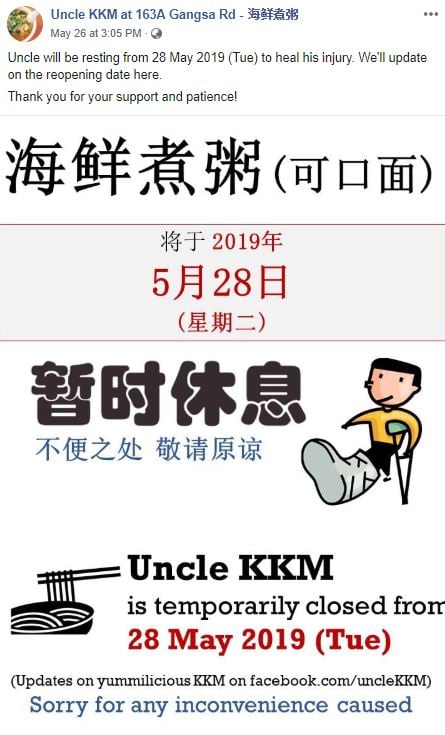 On Saturday (8 Jun), a photo was uploaded on the page, showing Uncle KKM’s right leg wrapped in a cast after his ankle surgery. 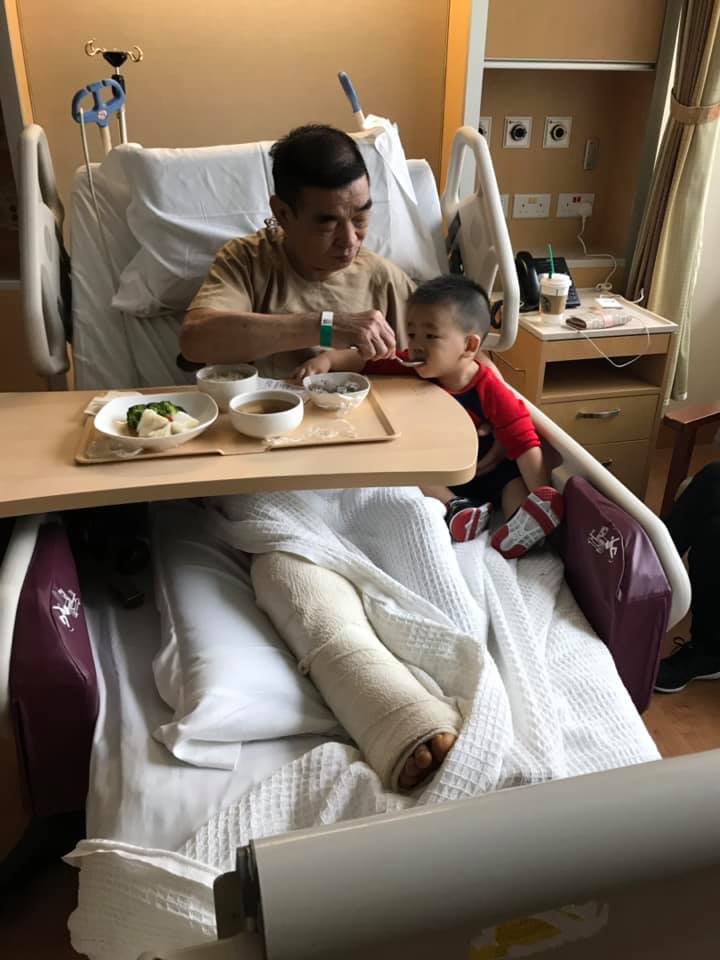 It remains a mystery as to how Mr Teo’s injury came about.

Uncle KKM’s cooking has presumably touched the hearts of many customers.

Because just hours after the picture was posted, nearly 100 netizens commented on the photo, wishing him a speedy recovery. 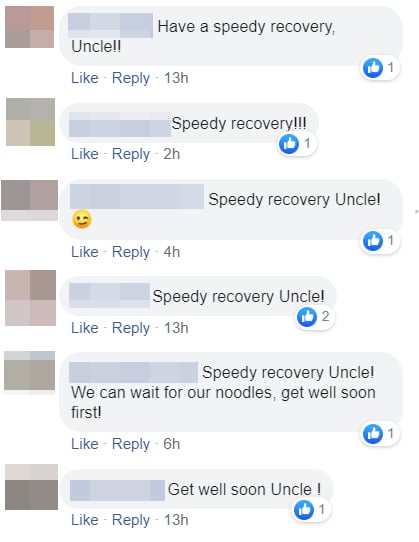 Despite its name, which literally translates to seafood porridge, the stall is well known for their ke kou main, AKA koka noodles.

The dish comes with a hearty and intense broth with huge portions of meat and vegetables. 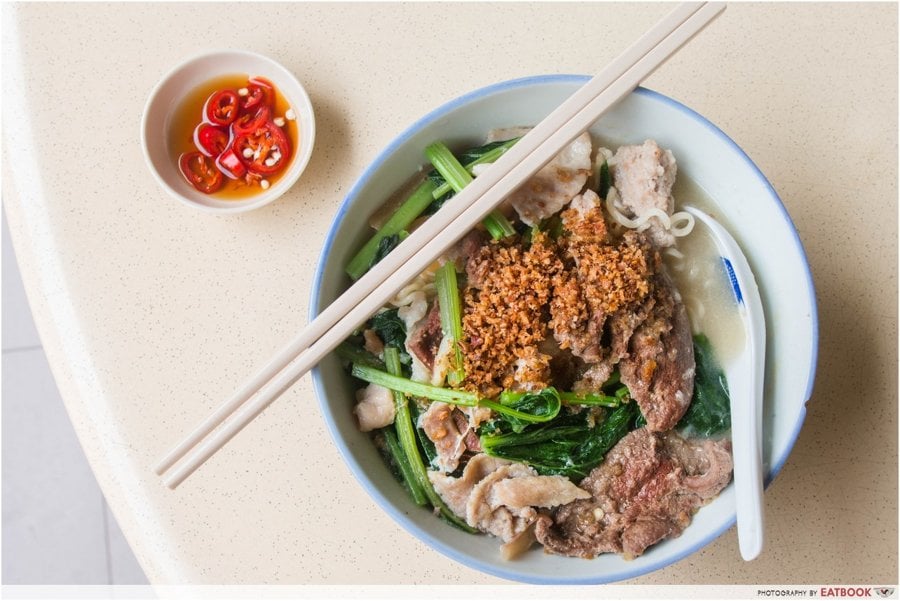 The stall also operates late at night. So if you happen to be around Bukit Panjang and feel famished late at night, you know where to go to.

Under normal circumstances, the stall is open from 4am-2.30pm and is closed every Thursday.

However, the stall remains closed at the time of writing due to Uncle KKM’s injury.

The stall owners have yet to disclose when they will re-open for business, but here’s where to head to in the future.

For updates regarding their re-opening date, refer to their Facebook page here.

The outpouring of support and concern by his customers is indeed heartening.

We wish Uncle KKM a speedy recovery, and may he return refreshed and stronger than before.