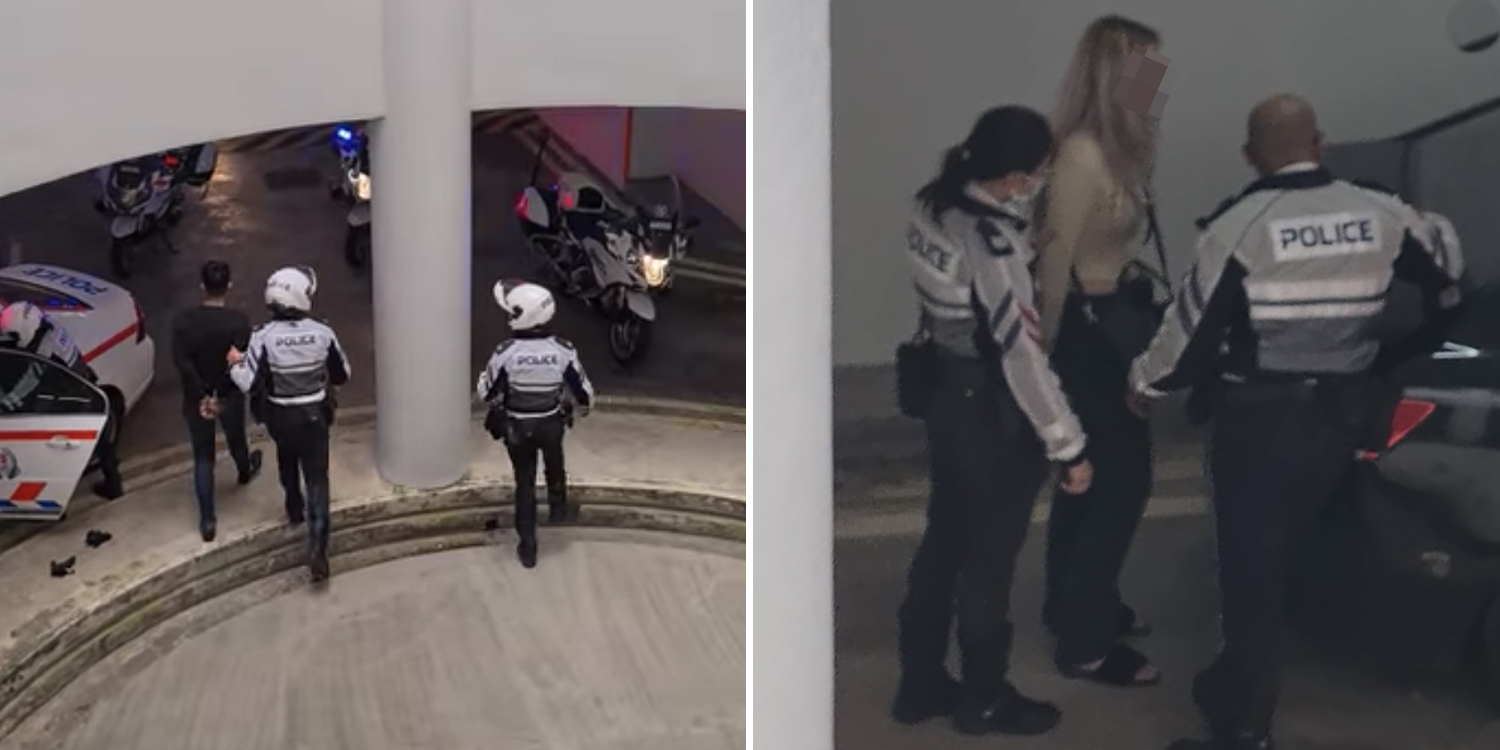 Car chases in Singapore are uncommon, but dramatic, movie-like scenes have unfolded on our roads after drivers disobey police’s instructions and attempt to flee the scene.

On Sunday (17 Jan) afternoon, police gave chase to a black car when the driver sped off after being instructed to pull over.

Eventually, the car collided with a stationary police car at a Anchorvale multi-storey carpark. 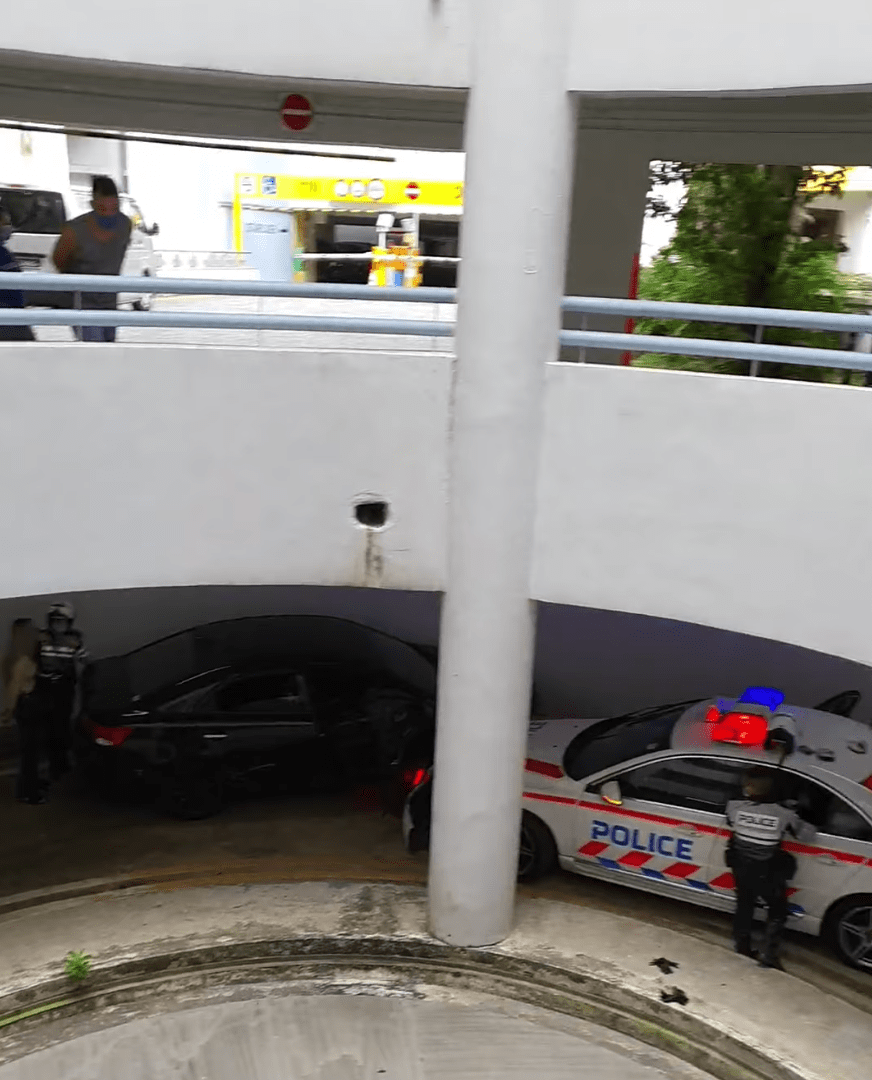 3 people were arrested for alleged possession of weapons and drug-related offences.

At about 3.48pm on Sunday (17 Jan), traffic police were patrolling along Fernvale Road, towards Sengkang West. 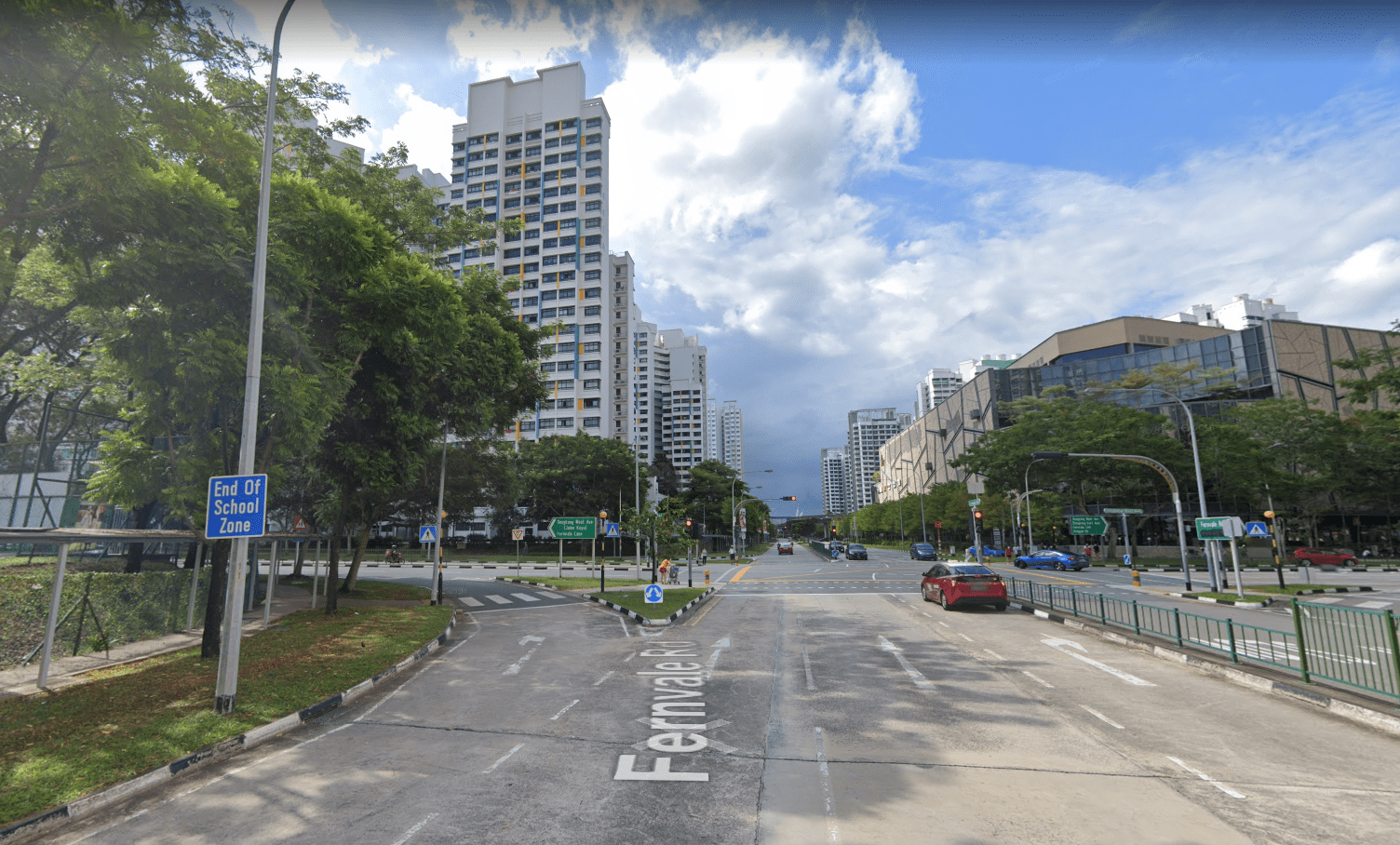 According to STOMP, they signalled for a driver in a black car to pull over for a check.

But instead of stopping, the driver had driven off. Police officers were quick to react and immediately gave chase.

The car chase finally came to an end when the black car collided into a stationary police car stationed at Block 313 Anchorvale Road’s multi-storey carpark.

STOMP reports that it was stationed at the exit to prevent the black car from escaping.

The impact from the collision appeared to have been a strong one, with the front bumpers of both vehicles completely damaged. Many police vehicles were present at the Anchorvale carpark. They were suspected of illegally possessing offensive weapons as well as drug-related offences.

The police were also seen rummaging through and searching the black car after the arrests. Kudos to the police for their swift actions

Kudos to the police for their quick-thinking and swift actions that led to the arrests.

This incident is certainly a reminder to all of us to be cooperative with police officers and most of all, remain law-abiding citizens.

Besides, we can run but we can never hide from our law enforcers.