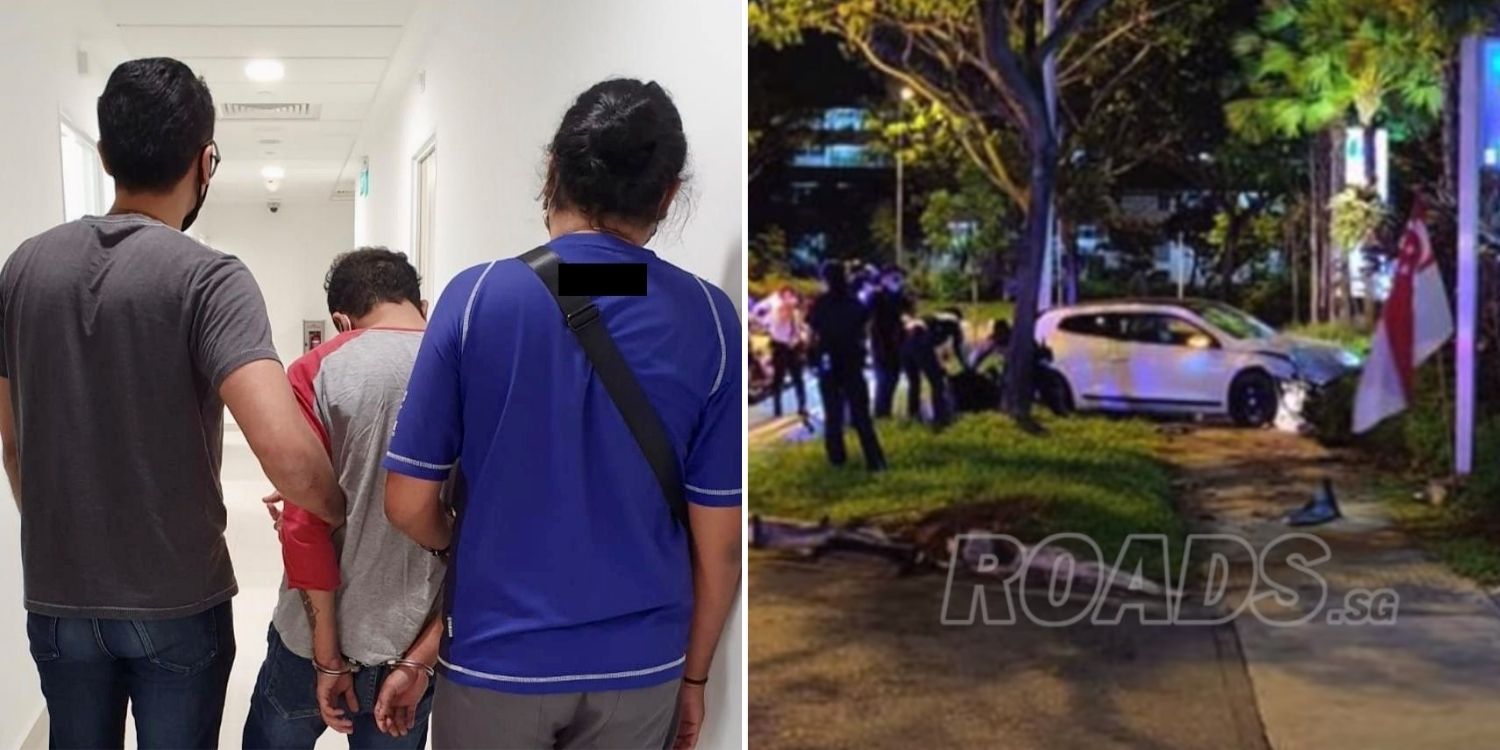 In the early hours of Saturday (12 Sep), some residents in Sembawang were awoken by a thrilling car chase which concluded with the vehicle crashing into a tree along Canberra Street.

Even though the driver was arrested on the spot, another male passenger remained at large. 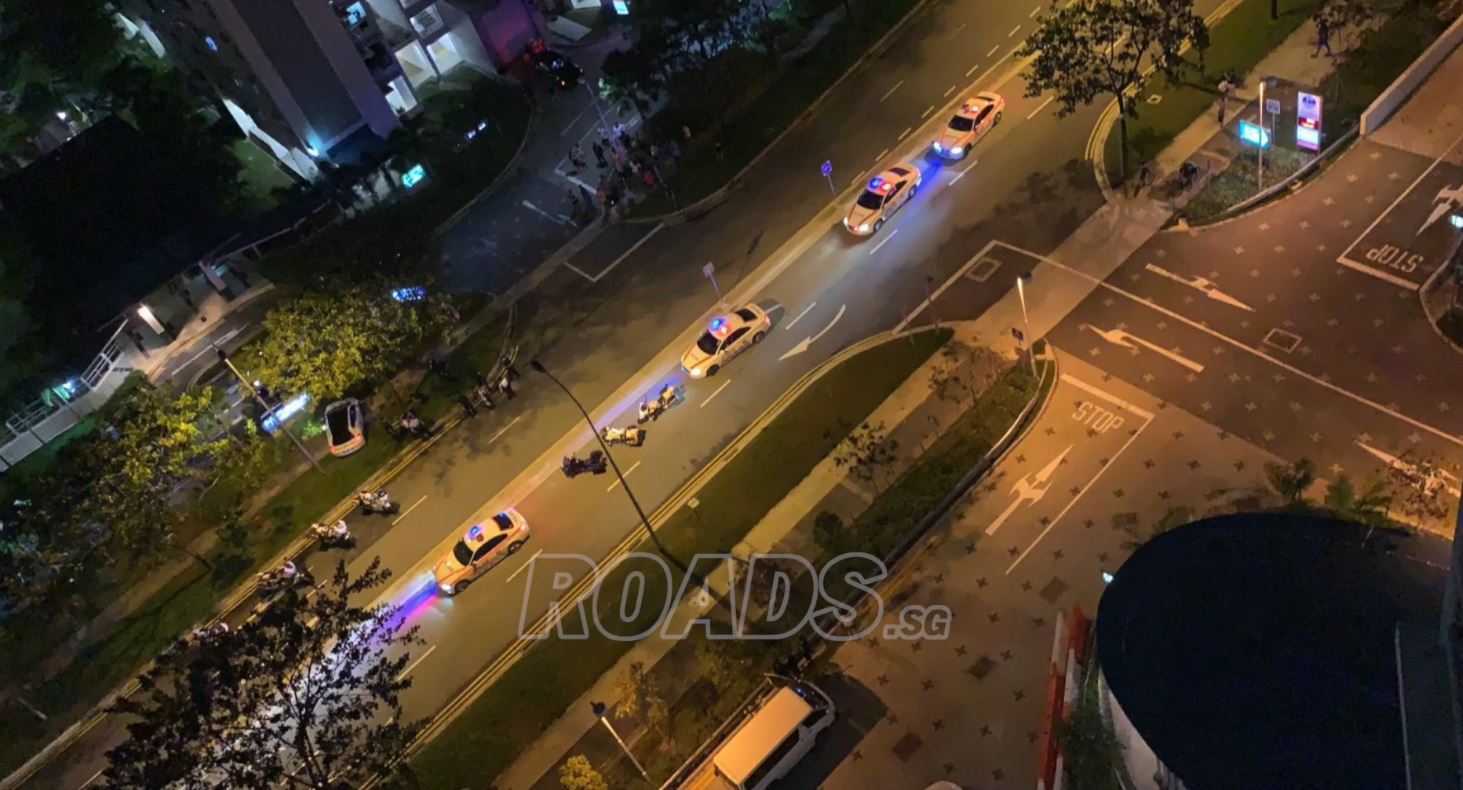 After spending 4 days on the run, the 29-year-old was finally nabbed on Wednesday (16 Sep) for suspected drug-trafficking offences. 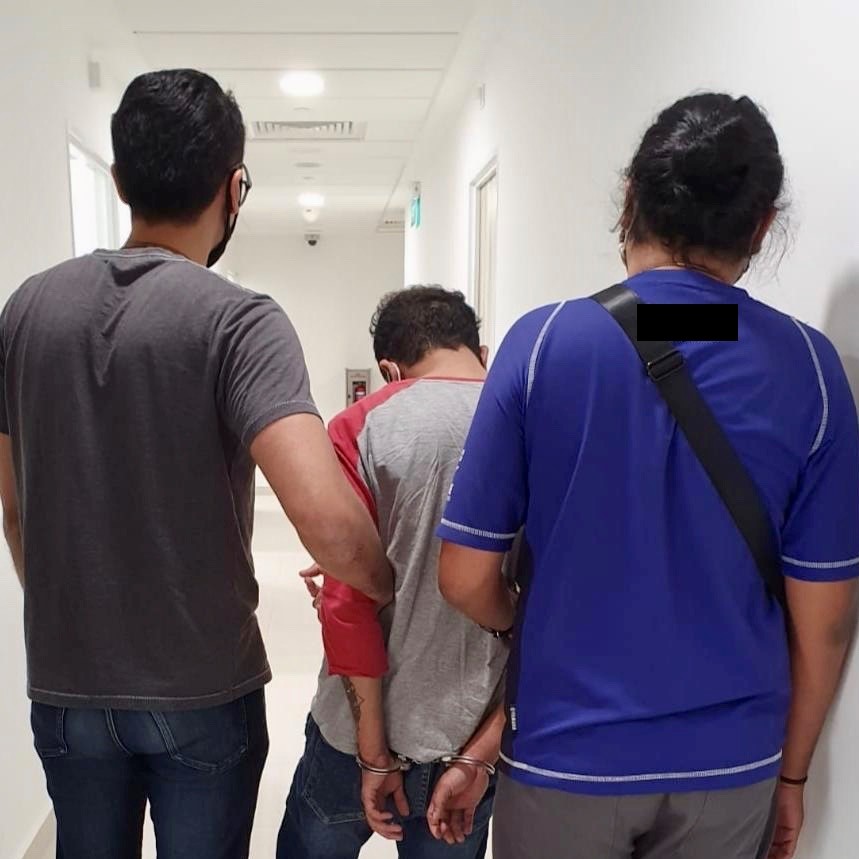 4 other individuals were also arrested for similar offences.

According to the Central Narcotics Bureau (CNB), the 29-year-old was picked up by another 34-year-old van driver after he fled the scene of the crash. 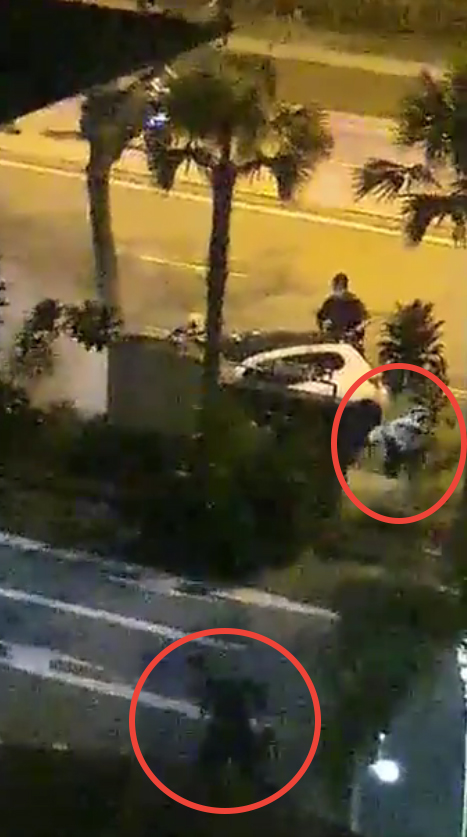 Later that night, they arrested a 31-year-old man and a 25-year-old woman along Ho Ching Road.

There, they also seized 1g of ‘Ice’, together with other drug-related apparatus.

Officers discovered that the 25-year-old woman had previously purchased the packet of ‘Ice’ from the runaway.

The next afternoon, CNB officers reportedly found the hideout of the 29-year-old runaway along Anchorvale Road in Sengkang. 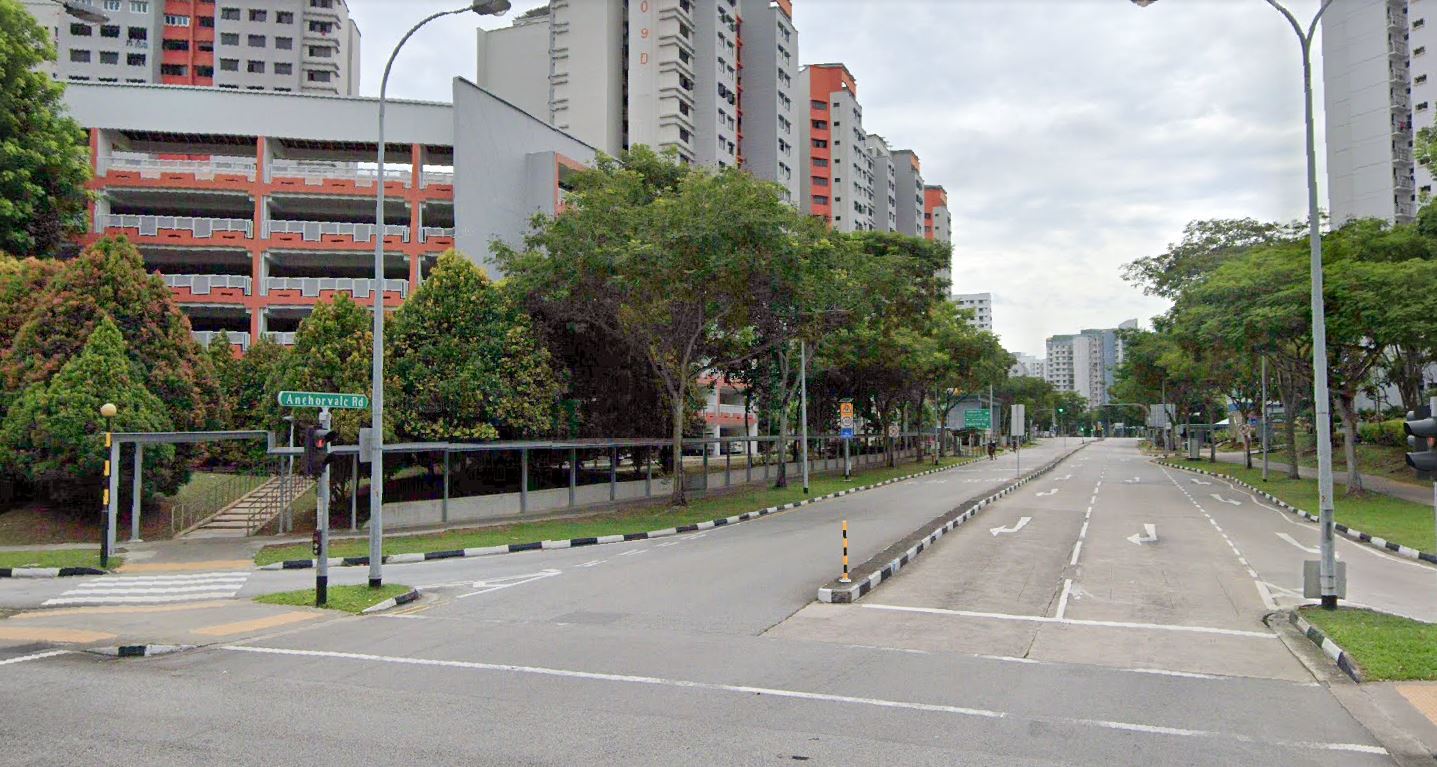 The man was reportedly uncooperative and refused to open the door, and so, officers had to force their way into the apartment.

The man continued to put up a “violent struggle” when officers broke into the house. He was eventually subdued using “necessary force”.

6g of ‘Ice’ and other drug apparatus were seized at the unit.

A 31-year-old woman – along with her 4-month-old child – was also arrested for suspected drug activities in the same apartment.

Subsequent investigations found that the mother had been abusing ‘Ice’ throughout her pregnancy.

The child is currently in the safe custody of a relative.

You can run, but the police will find you eventually

Kudos to the CNB officers for their determination which resulted in the arrest of the runaway passenger.

We hope this serves as a warning for all to be cooperative when dealing with the police.

You can run, but they will eventually find you.