Changi Airport Staff Helps Boy With Autism Get Home After Missing His Stop; Aunt Graciously Thanks Him

He lent his phone to the boy to make sure he got home safe.

As feel-good stories go, this one about how a kind Changi Airport staff member gave a boy who missed his bus stop a quick assist, definitely affirms our faith in humanity.

The auntie of a Singaporean boy named Thaddeus, wrote a heartfelt Facebook post on Friends of ASD Families, praising a ‘kindred spirit’ named Mr Azman who helped her nephew that fateful day.

Here’s what she said in full. We summarise it after the jump. 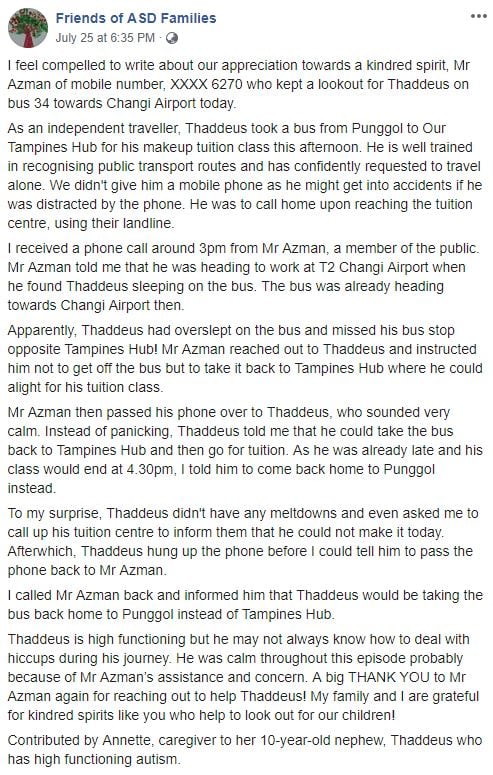 10-year-old boy was headed to Our Tampines Hub

Annette, the caregiver of her 10-year-old nephew, shared that Thaddeus took Bus 34 towards Changi Airport on Thursday (25 Jul). He typically makes the journey to and fro his Punggol home and Our Tampines Hub for tuition class. Thaddeus is also well-trained in “recognising public transport routes” and has “confidently requested to travel alone”.

The family decided against giving him a mobile phone, as they feared he would “get into accidents” if he was distracted by it. 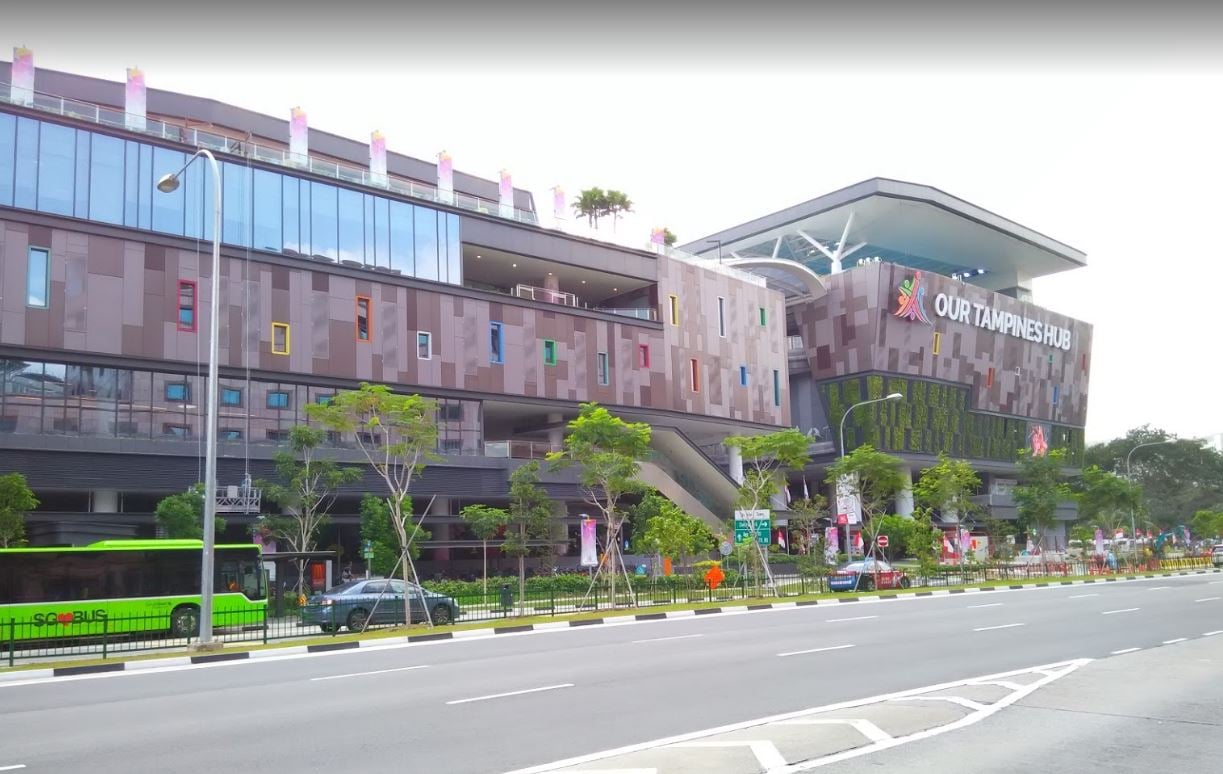 Upon reaching his tuition centre, the arrangement was that he would phone home via their landline to confirm he was safe.

A 3pm phone call from a stranger

However, things didn’t exactly go according to plan.

Annette shares that she received a mysterious phone call at around 3pm from a stranger, who introduced himself as Mr Azman.

He informed her that he was on the commute to work at T2 Changi Airport when he discovered Thaddeus sleeping on the bus.

Turns out, he had overslept and missed his stop opposite Tampines Hub.

Mr Azman then went out of his way to help the boy. He taught Thaddeus how to stay on the bus which would bring him back to where he needed to go for tuition.

The calm, independent boy took charge of his situation

The most heartwarming part of the story comes next.

As Mr Azman handed his phone over to Thaddeus, Annette was worried that her nephew might ‘panic’ since his route had changed suddenly.

Instead, a calm voice informed his aunt that he could still go for tuition if he stayed on the bus. As the class would end at 4.30pm, his aunt preferred that he head back home to Punggol.

He continued to surprise her by not having “any meltdowns”, and took the initiative to remind her to call the tuition centre to inform of them of the change in plans.

Thanking Mr Azman for his kindness, she shared in her own words,

Thaddeus is high functioning but he may not always know how to deal with hiccups during his journey. He was calm throughout this episode probably because of Mr Azman’s assistance and concern.

The kampung spirit is well and alive

Thanks to the help of a good Samaritan, we’re glad that Thaddeus made it back home safely.

This story is also living proof of how we can continue to be surprised daily at how much a person can grow, especially children with conditions like autism.

We hope Singaporeans who are touched by this story continue to look out for their fellow citizens. Let’s revive the kampung spirit and reach out to those who may look like they need help.

If you see someone taking a nap on the bus, when it appears that they shouldn’t be there, a gentle tap on the shoulder could be enough to make their day.