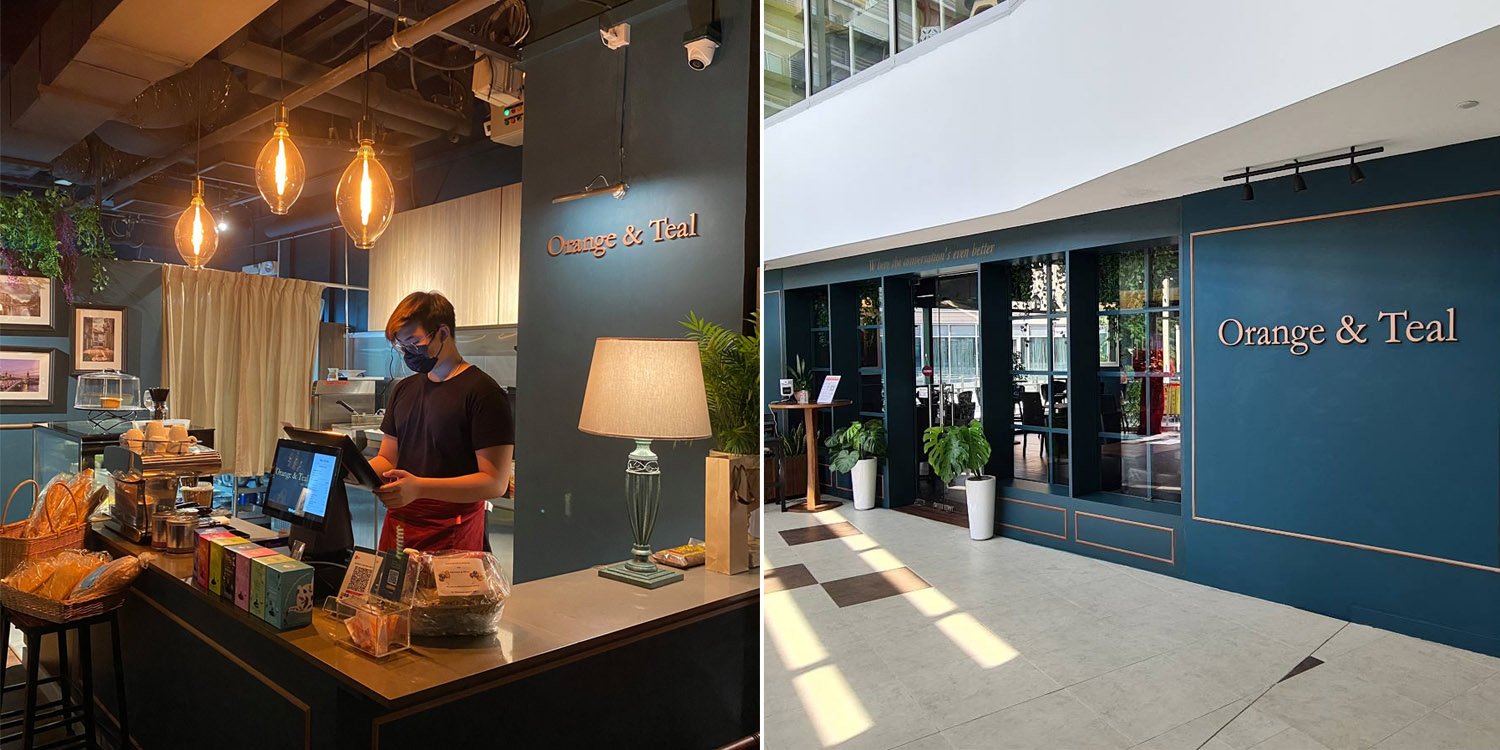 The tips will be shared with the kitchen crew as well.

In Singapore, many food establishments charge a 10% service fee to reward employees for their hard work.

But such charges are apparently not levied at Orange & Teal, the recently-opened café run by Singapore Democratic Party (SDP) leader Chee Soon Juan.

On Friday (9 Jul), Dr Chee took to Facebook to share more details about his café’s operation model, particularly how he rewards his staff. 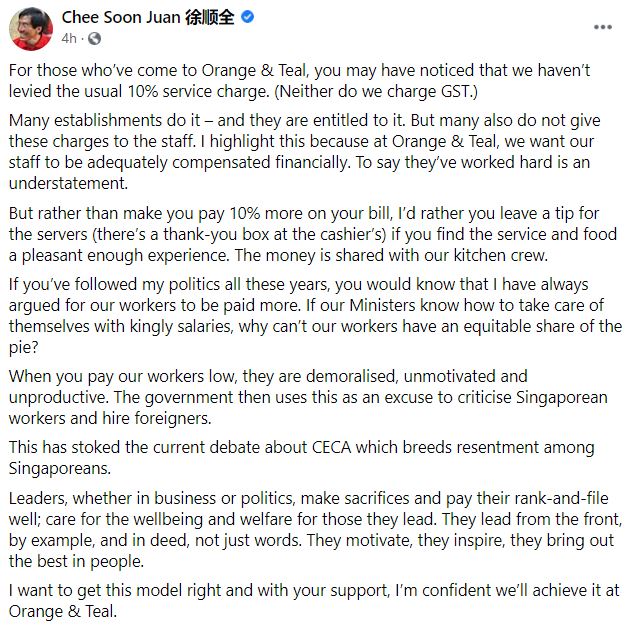 Instead of imposing a service charge, Dr Chee encourages customers to leave tips, which will be shared among the crew.

Chee Soon Juan encourages customers to tip at his café

According to Dr Chee, the conventional 10% service charge, as well as GST, are not levied at his café located in Buona Vista.

Unlike other eateries where customers have to pay an extra 10% more on their bill, Dr Chee prefers if customers leave tips for his staff — if the service and food are pleasant, of course. 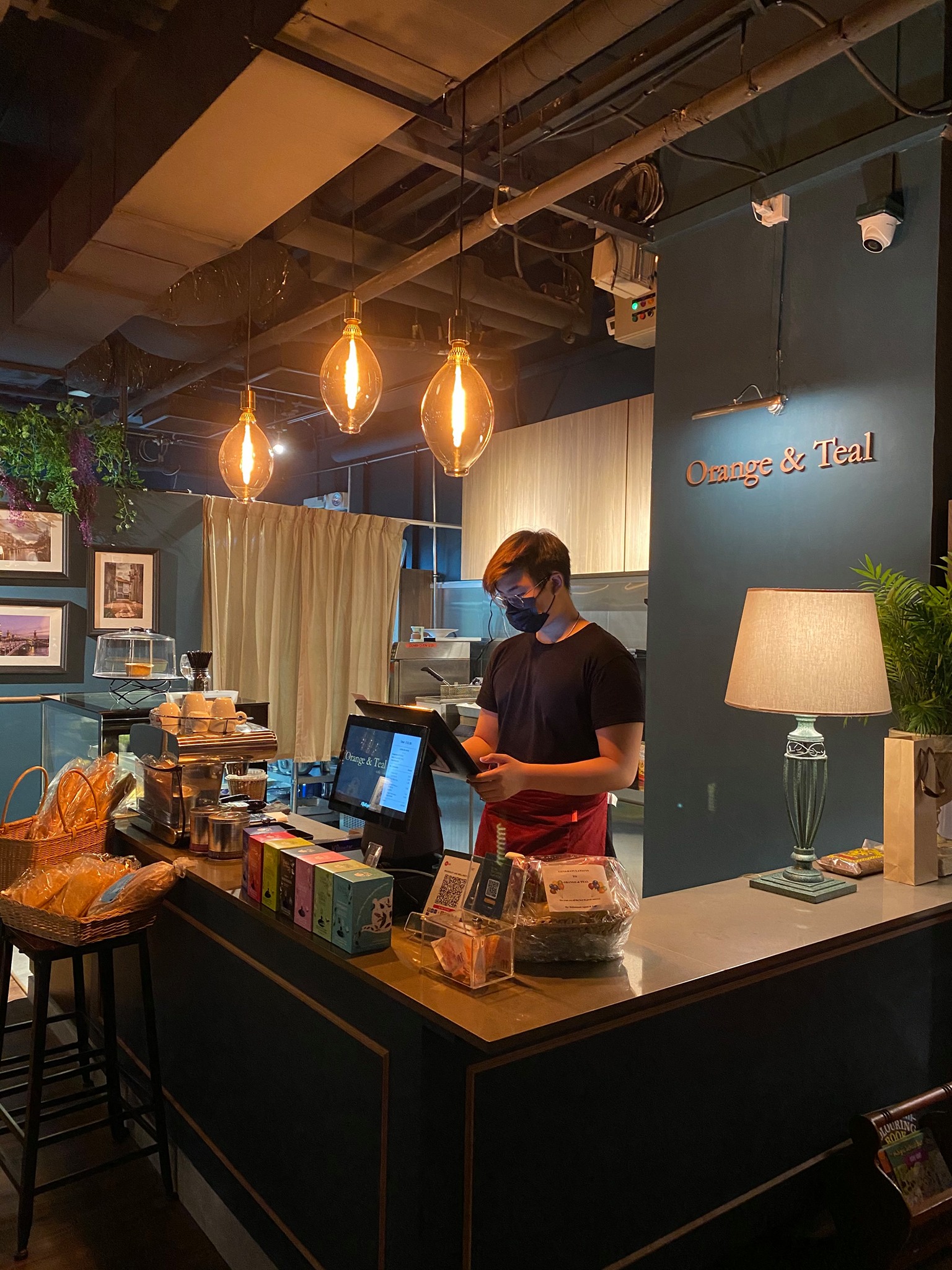 To do so, customers need only leave their tips in the thank-you box at the cashier.

The proceeds will be shared with the kitchen crew as well.

Aware of the hard work put in by his staff, Dr Chee hopes they’d be “adequately compensated”. 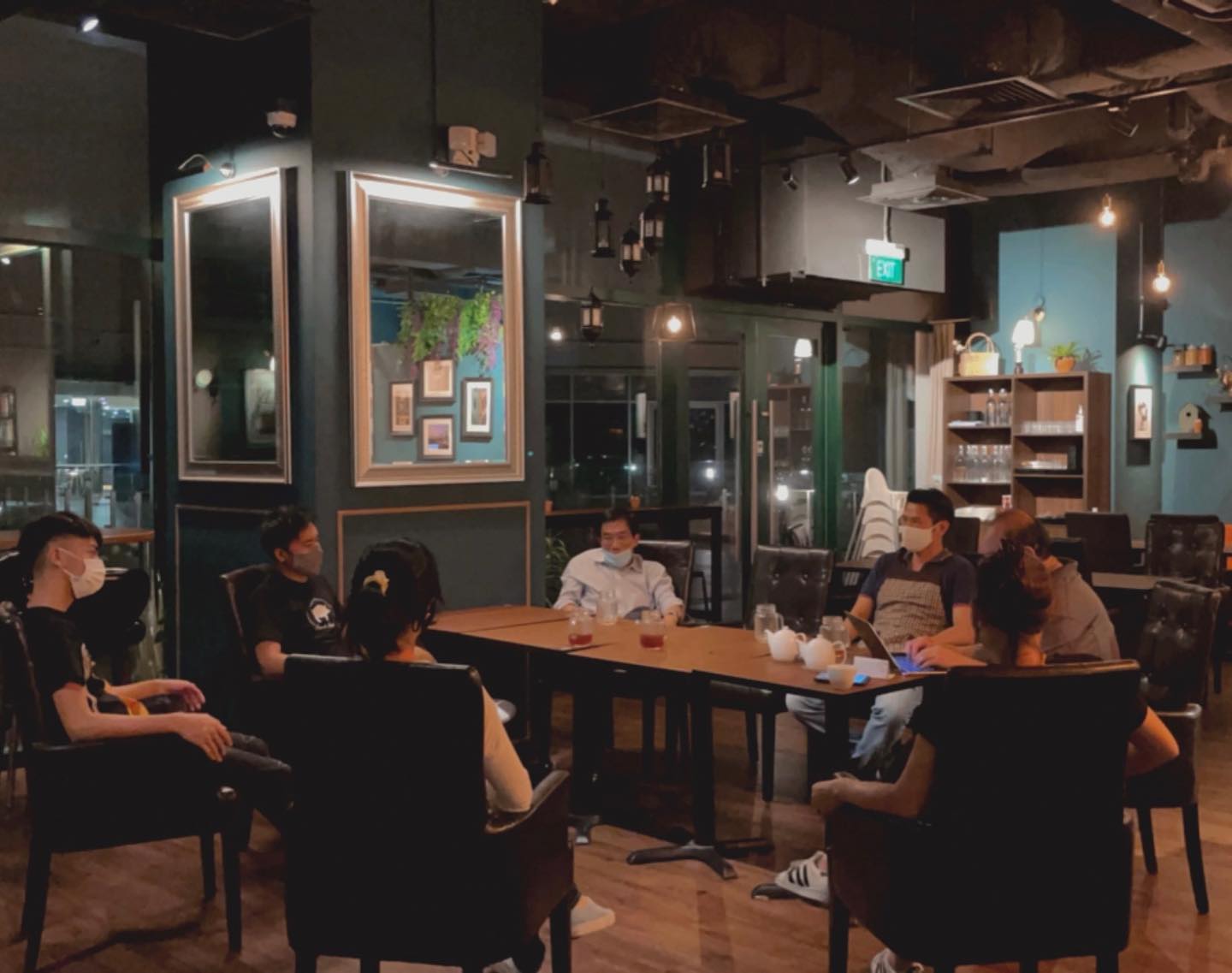 Matters pertaining to pay and reimbursement are not foreign to Dr Chee.

Earlier in February, the SDP leader called for higher wages in the food sector while keeping rent low.

In his most recent Facebook post, Dr Chee shared that leaders ought to care for the wellbeing of those they lead, so as to bring out their best.

Leading by example, Dr Chee said he is keen on getting this model right at Orange & Teal and is confident of doing so with customers’ support.

Tipping is a more organic way of rewarding employees

Tipping is certainly a more organic form of rewarding employees, as compared to a mandatory 10% service charge.

Regardless, we’re heartened by Dr Chee’s determination to reward his employees fairly for their hard work.

Which model do you think works best? Share your thoughts in the comments.