We have seen animals make themselves at home as we were all made to stay at home as much as possible during ‘Circuit Breaker’.

It seems like one particular civet cat couldn’t resist making a late night visit to a resident’s home.

A man documents finding his unique visitor in the toilet at home in the middle of the night.

The civet cat had somehow managed to make its way into the toilet on the 3rd floor.

Caused a huge din in the toilet

According to the Facebook post, it was likely the civet cat had sneaked into the house through a window screen.

The house was located in the Thomson area and it was 3am when the ‘intruder’ broke in on the 3rd floor.

After bringing down countless bottles, causing a huge din, the civet cat made itself at home on the top of a cabinet in the toilet. 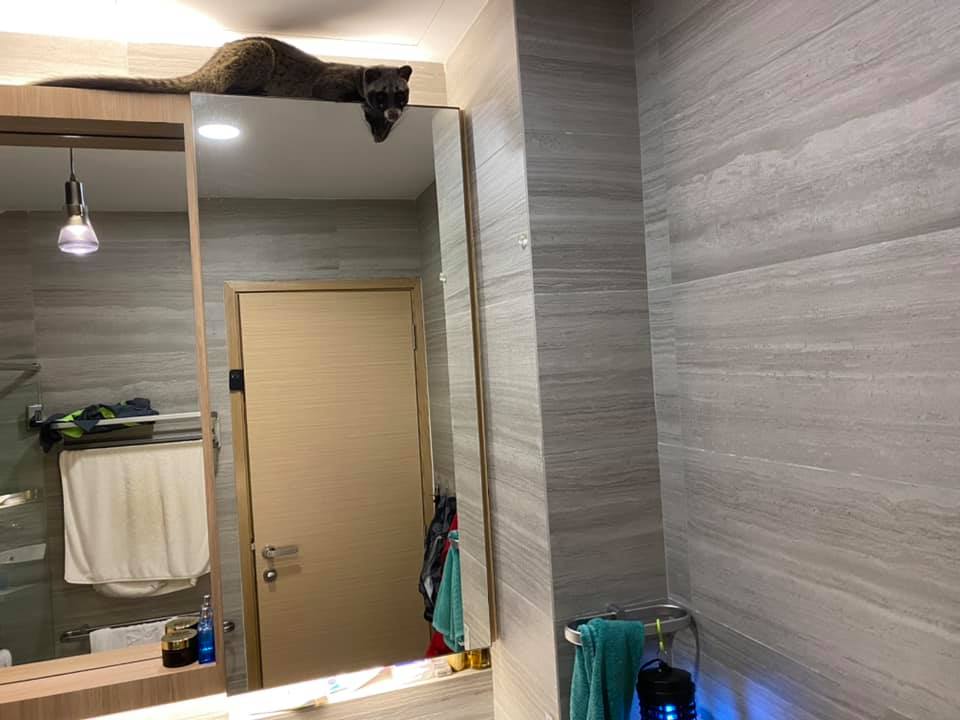 Laying comfortably on the cupboard, the civet cat decides to just lepak there.

The home owner explains that it did not know how to get out.

Only left the house after 2 hours

The home owner even gave updates on how the civet cat relocated to another box to sleep, lazying and basking in the heat.

The poor man even claimed he could “smell wild life” from the civet cat.

Some netizens teased that the civet cat had made itself a permanent resident in the owner’s home.

Only after he removed the window screen and turned off the lights did it leave, a good 2 hours later.

Some netizens reveled in the man’s incredible once-in-a-lifetime experience of a close up encounter with the civet cat.

The home owner was responsible in dealing with the civet cat. He sought Animal Concerns Research & Education Society’s (ACRES) advice of observing the animal from afar.

Civet cats are usually found living in forests, parks, mangroves and even roofs of buildings in Singapore. They are nocturnal by nature and like to stay in trees and high places. 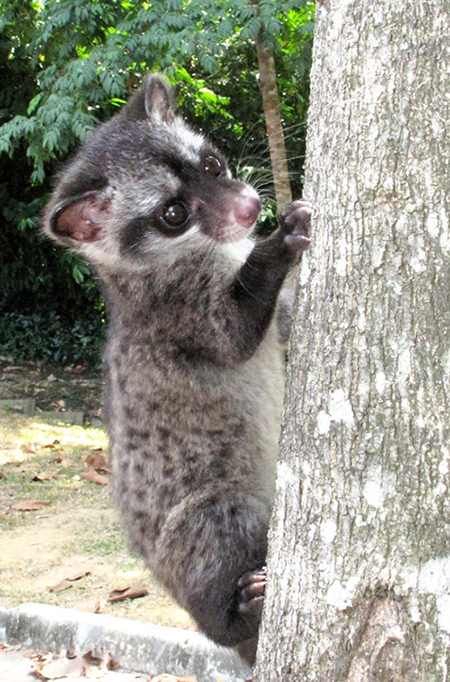 No wonder the civet cat made himself at home on top of the cabinet in the middle of the night.

Some netizens had even joked that the home owner should quickly harvest the coffee beans to make kopi luwak that civet cats are known for.

Kopi luwak is a type of coffee made from beans partially digested and excreted from a civet cat.

While it might sound a little shitty, it is the most exclusive and expensive coffee in the world. Kopi luwak is particularly popular in Indonesia, Vietnam and Philippines.

National Parks Board (NParks) advises the public who encounter civet cats not to be alarmed and leave them alone. They are shy and will try to stay out of sight.

Observing from afar is fine but do not try to corner or chase them as it will provoke them to attack.

We are glad that both the civet cat and home owner are safe, and nothing cat-ostrophic occured from the surprise late night visit.