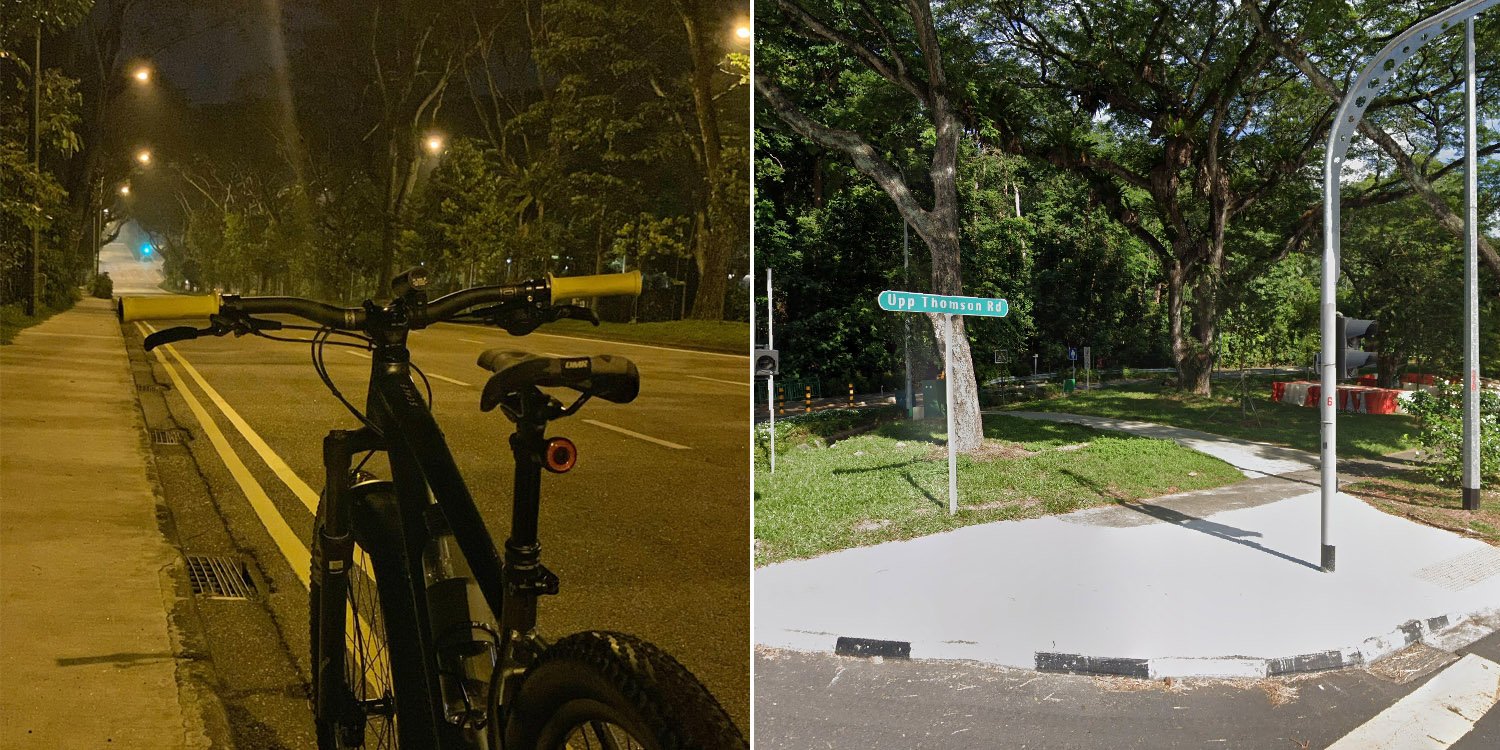 With the closure of sports facilities during Phase 2 Heightened Alert, cycling has once again seen a surge in popularity.

Unlike indoor activities, riders get to explore Singapore and enjoy the scenic views that our island has to offer. However, there are some things that are better left unseen, especially at night.

On Wednesday (9 Jun), a cyclist shared about his encounter with a ghostly figure while cycling along Upper Thomson Road towards Yishun. 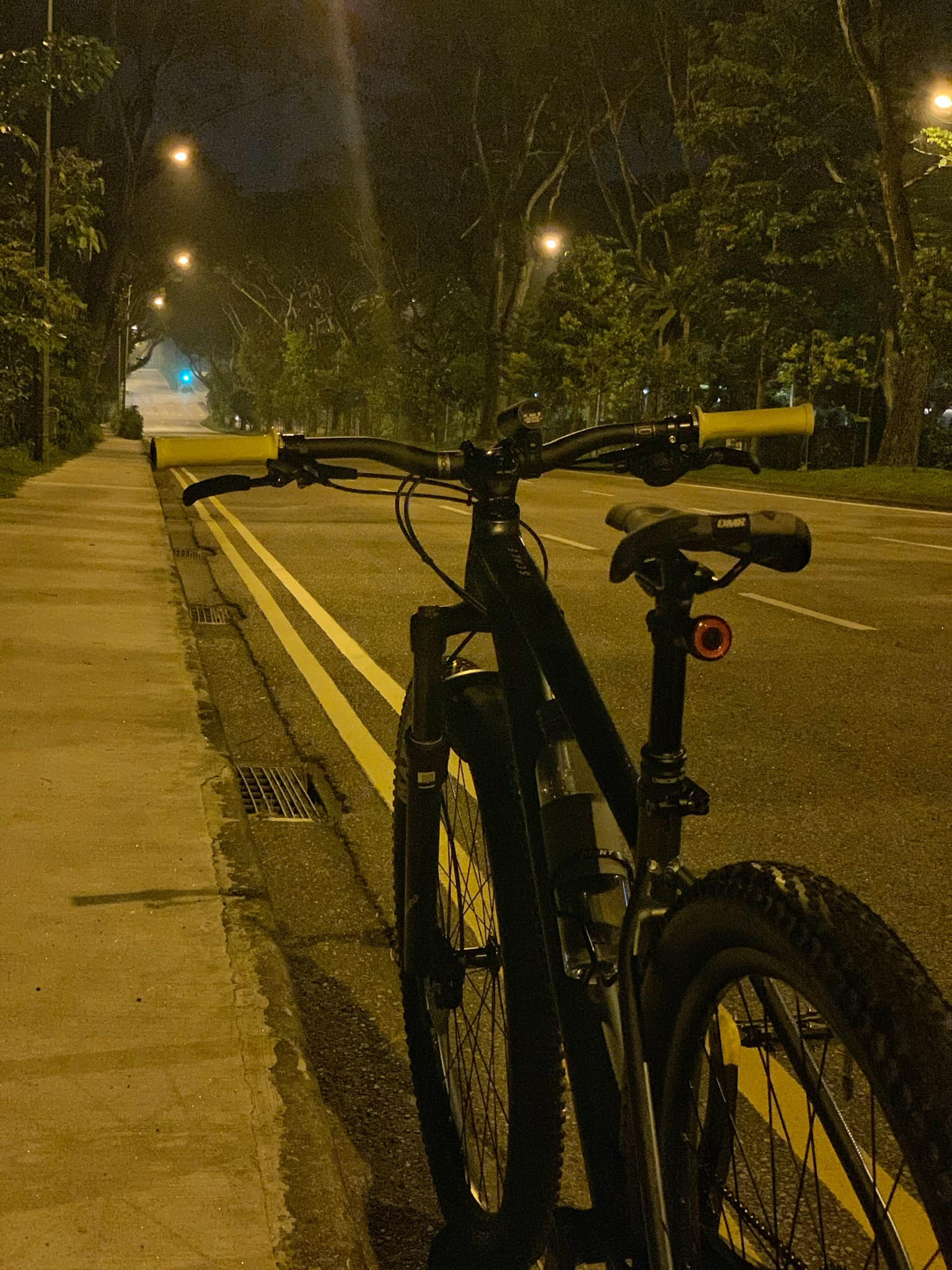 Turns out, another driver also witnessed the ominous sighting and escorted him to safety. 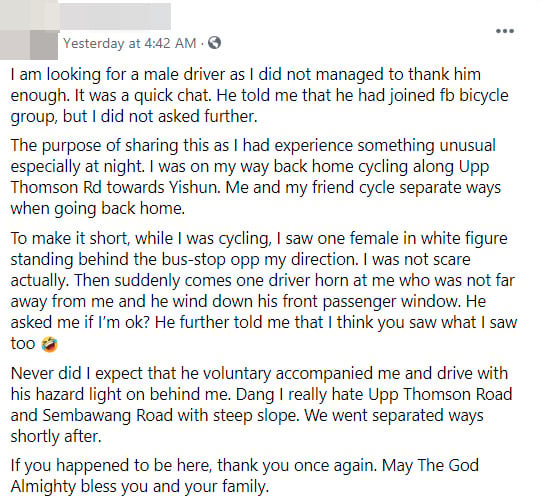 The cyclist was apparently travelling home along Upper Thomson Road when he saw a spooky white figure standing behind a bus stop on the other side of the road.

Though he allegedly wasn’t scared at first, a driver soon honked to get his attention and asked if he was okay.

The driver had apparently seen the white figure as well and offered to escort Mr Hairyzal.

The cyclist took on the offer, and the driver proceeded to drive slowly behind him with his hazard lights on.

On Wednesday (9 Jun), Mr Hairyzal took to Facebook to thank the driver, noting that the motorist had mentioned joining a bicycle group on the social media platform.

Netizens joke that cyclist should’ve been wary of driver instead

Though we’re heartened by the driver’s actions, netizens also pointed out several other spooky details about the man’s tale.

One Facebook user seemed to have spotted a suspicious sillouhette behind one of the lampposts in the OP’s picture.

Another netizen joked that Mr Hairyzal had gotten the story wrong and that he should’ve been afraid of the seemingly kind driver instead. 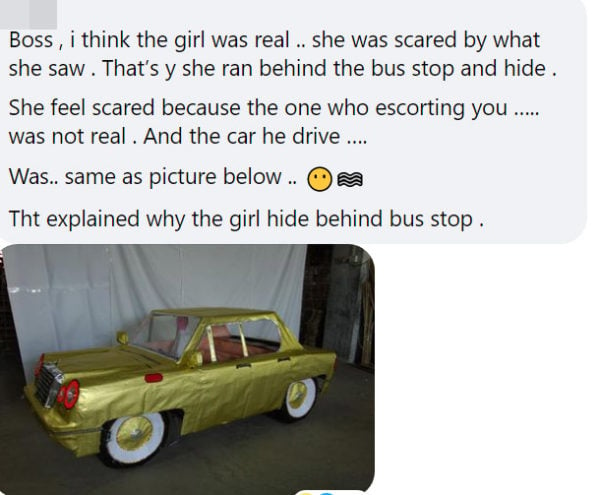 Whatever the case may be, we’re glad that Mr Hairyzal managed to get home safely that night.

Kudos to the driver for kindly escorting the cyclist

Though not everyone believes in spiritual creatures, the driver’s action of going the extra mile to escort and comfort the cyclist is universally commendable.

As for what the white figure was doing at the bus stop, we guess we’ll never know.

Have you noticed anything unusual along Upper Thomson Road? Share your experiences with us in the comments.