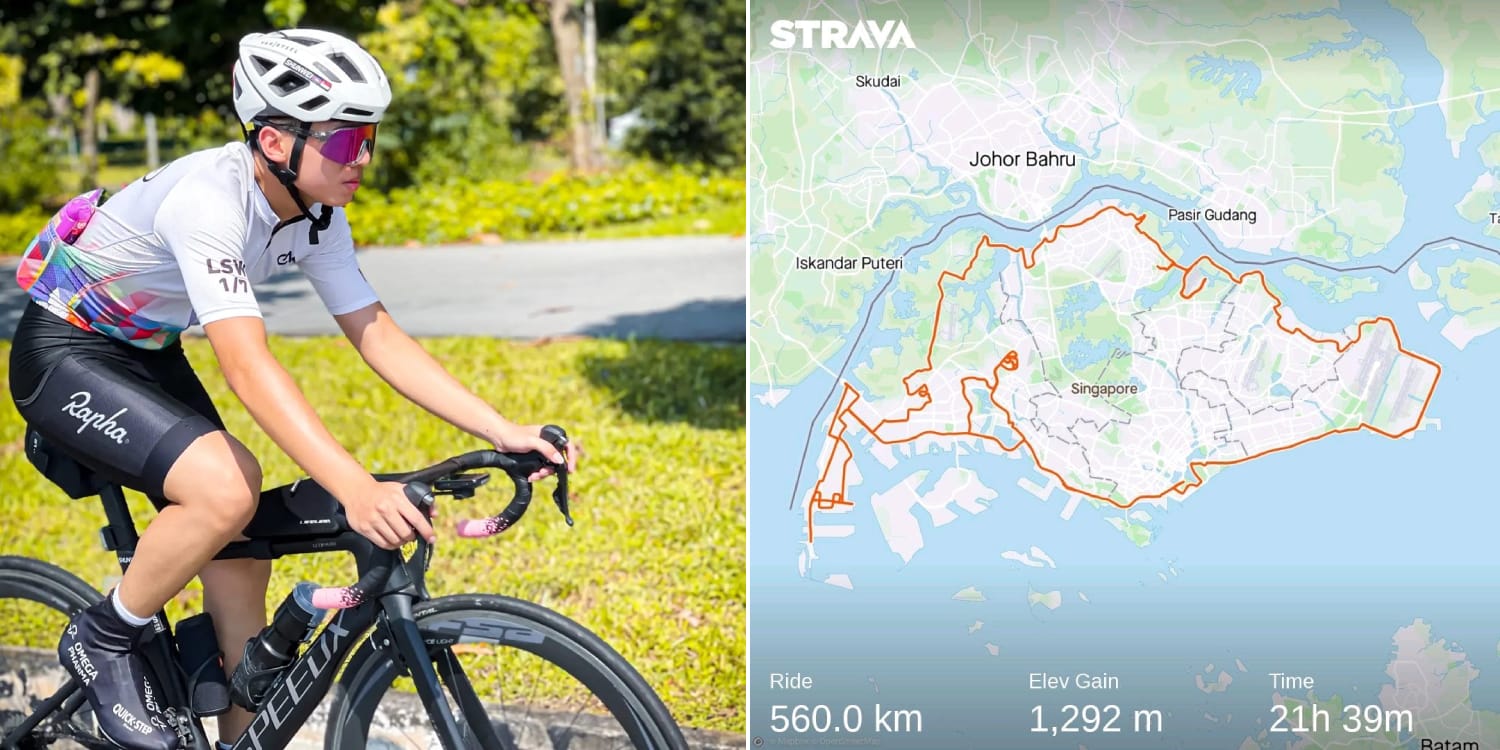 Every 9 Aug, we remember Singapore’s existence as a tiny nation and how we’ve survived against all odds. Ahead of National Day, one cyclist decided to do an islandwide ride circling the whole of Singapore, spanning 560km.

We’ve seen cyclists draw Merlions on their routes to mark National Day, but this is next level. Braving rain and our notoriously humid weather, the man triumphed after 21 hours.

560km route was to challenge himself for National Day

The cyclist, Shun Wei, set off on his challenge at 4.30am on Sunday (8 Aug) from Bukit Batok.

From there, he went down to Tuas before making his way clockwise around the entire island. 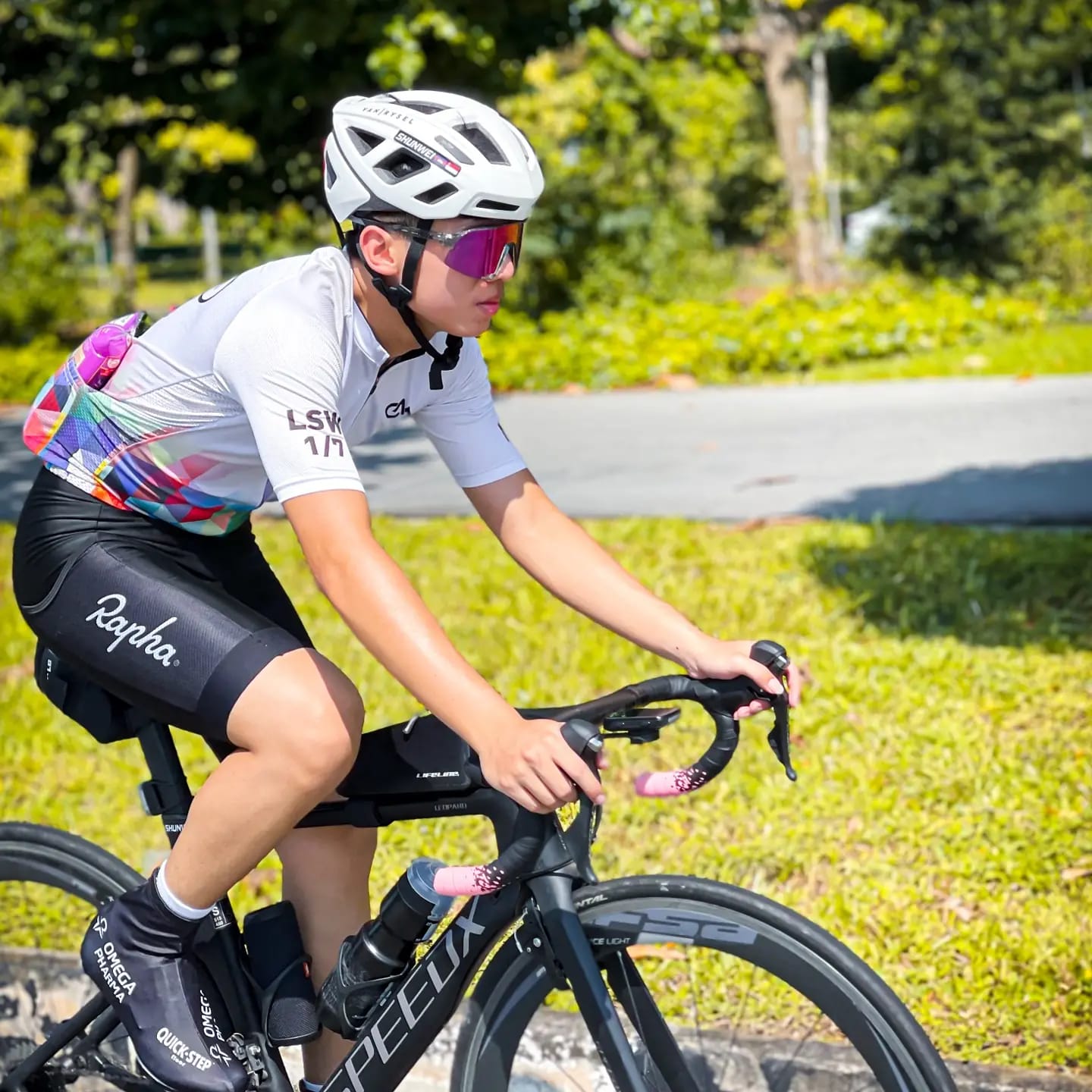 The 21-year-old student at Ngee Ann Polytechnic tells MS News that he wanted to challenge himself.

“I wanted to celebrate the nation’s birthday too, that’s why it’s 560km”, he said.

We’ve heard of several initiatives to celebrate National Day, but 560km is no small feat, let alone in less than a day.

The ride was tough during the day, especially around noon as the wind was strong and it appeared as though there’d be heavy rain.

“But luckily (the rain) was over shortly”, he shared. It would’ve been difficult to continue if the strong winds persisted.

Shockingly, he actually completed the challenge quicker than expected.

He’d actually assumed that he’d take 22 hours if he followed the pace, but was done in 21 hours and 39 minutes.

“Over time, a lot of riders slowly joined in. As the day after was National Day, all were in their different National Day jerseys, which made me reflect on their sense of pride to the country”, he told MS News.

His girlfriend also joined him midway through.

One lady cyclist also happened to be doing a 300km ride for National Day, and they met up along Seletar. 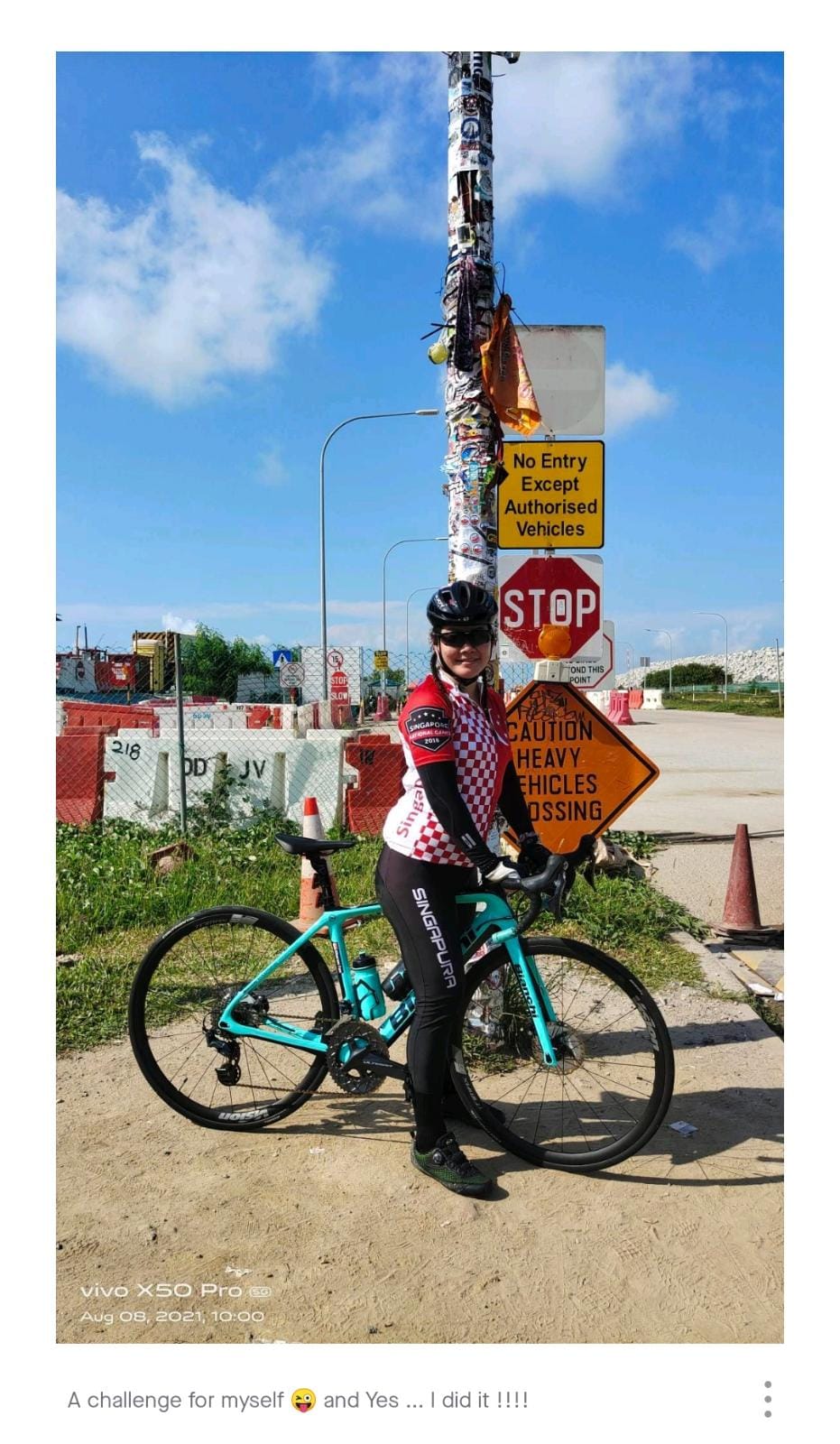 Later, she became just one of many other cyclists who cheered on Shun Wei on Strava in his crazy 560km challenge.

“They were so friendly,” Shun Wei gushed, and they definitely had a hand in giving him that push he needed to complete his challenge.

Since the challenge quite literally took Shun Wei all around Singapore, and it was National Day soon, scenic images were in order. 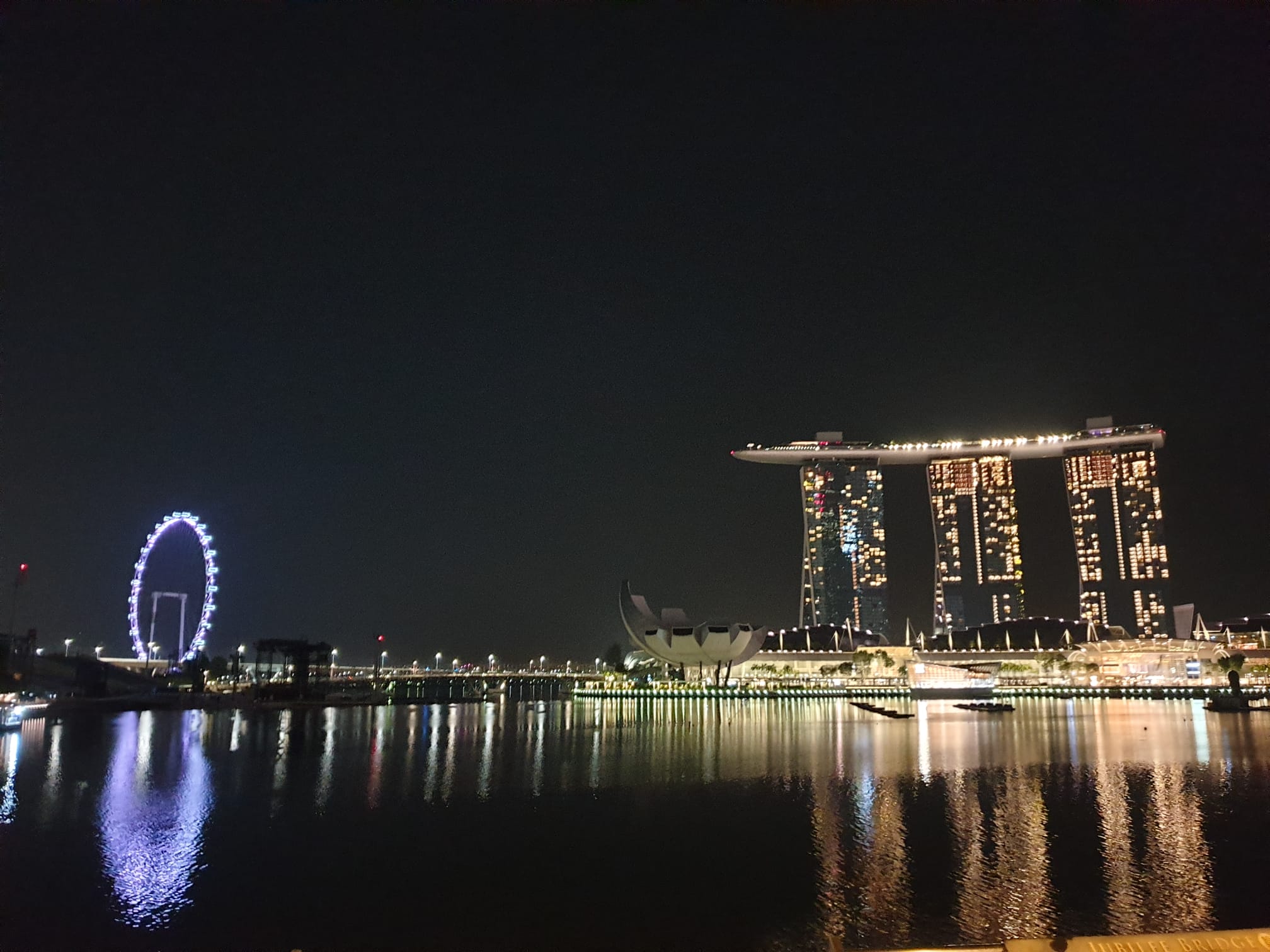 This one taken right outside the Singapore Flyer is a particularly popular one amongst night riders.

Of course, besides the support from the community, he couldn’t have completed the ride without his friends. 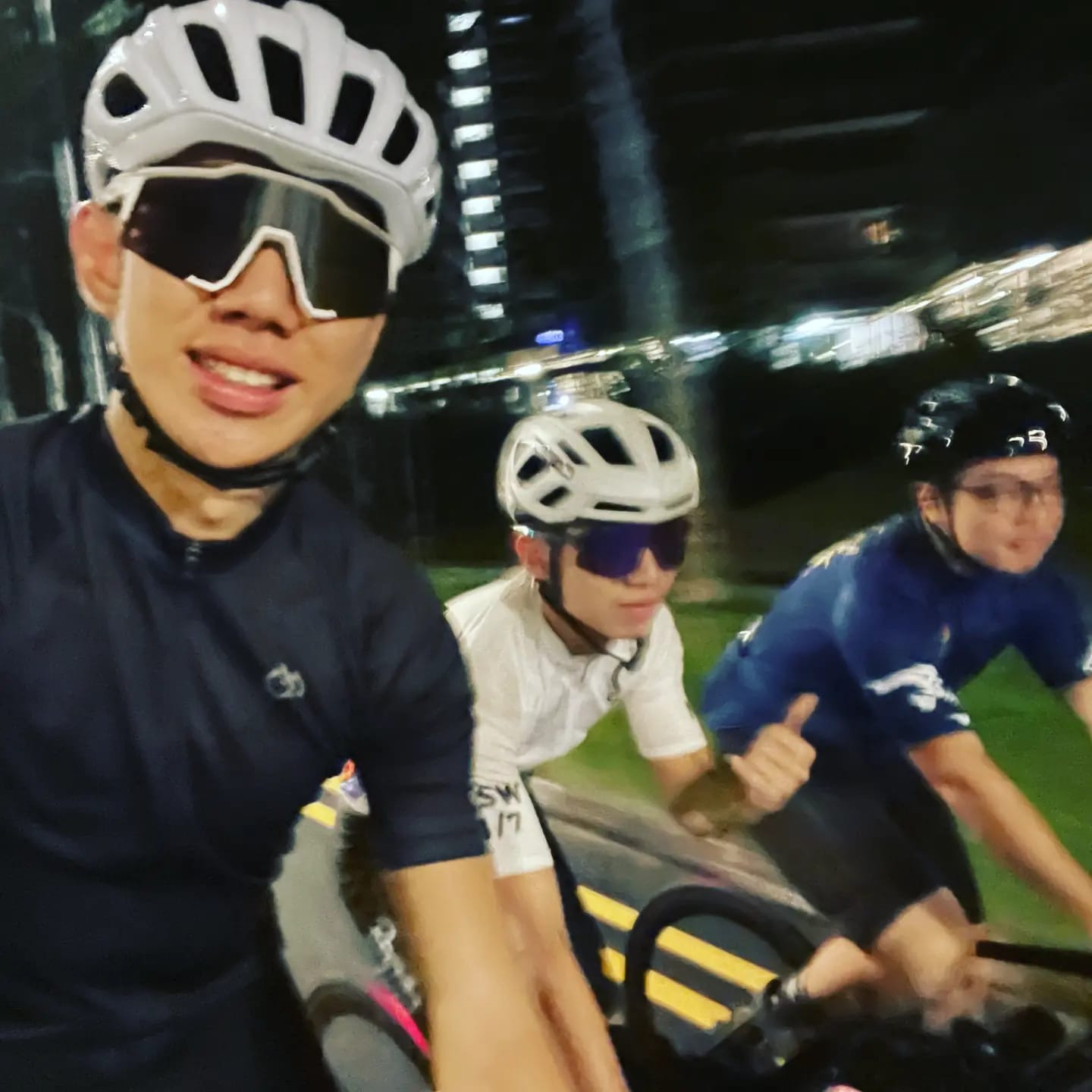 Some of them were around for last year’s National Day ride as well. 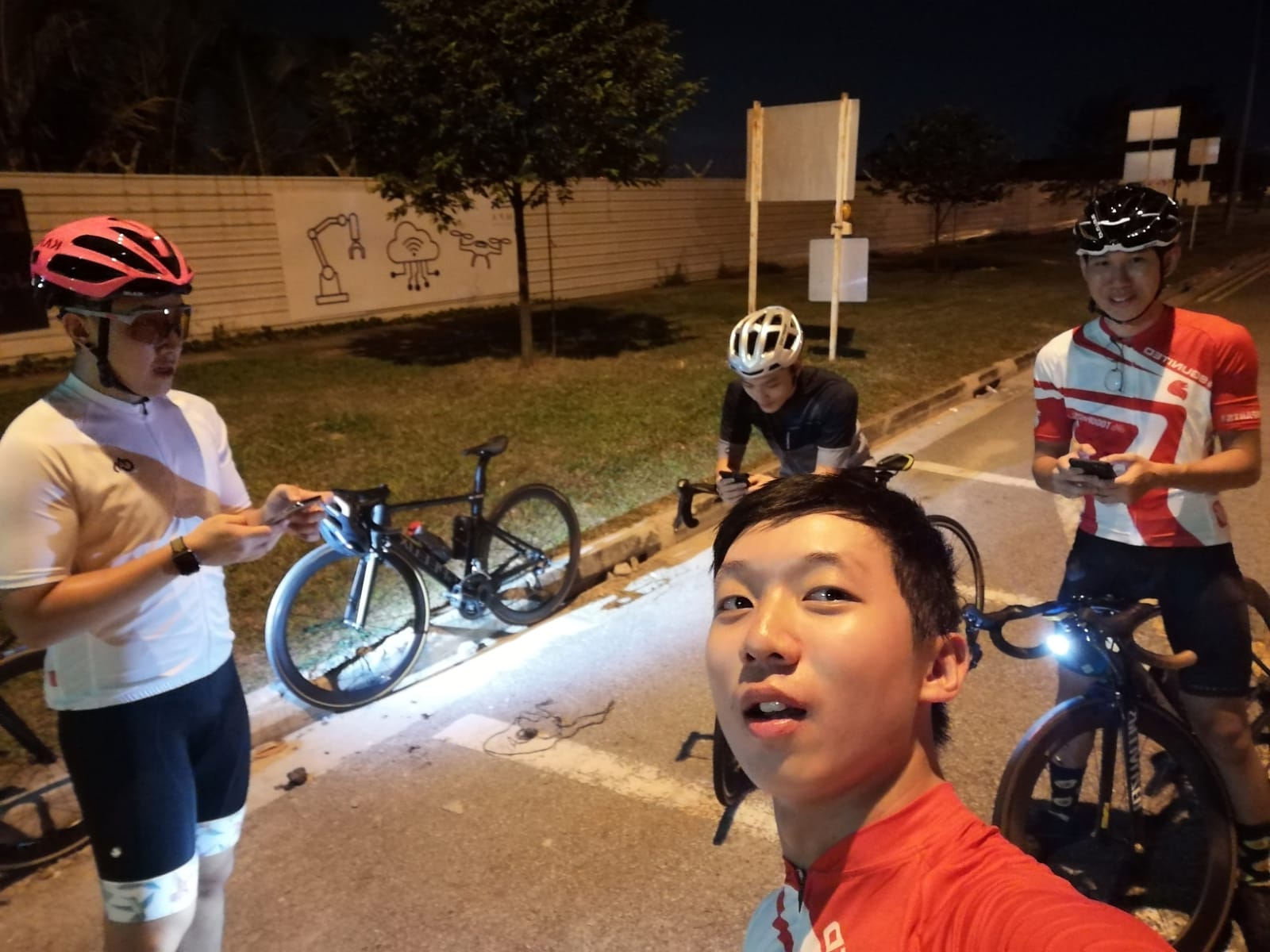 When asked if he’d do a 570km ride next year for Singapore’s 57th birthday, he said it would be “highly likely”, and hopefully his NS enlistment won’t be around that period.

560km at once is no easy feat, let alone around Singapore in our humidity.

But Shun Wei not only completed the challenge but did it quicker than expected.

Congratulations on completing the challenge, and Singapore is lucky to have someone who’ll do all this for their birthday.

Kudos too, to the cycling community that spurred Shun Wei on in his challenge.