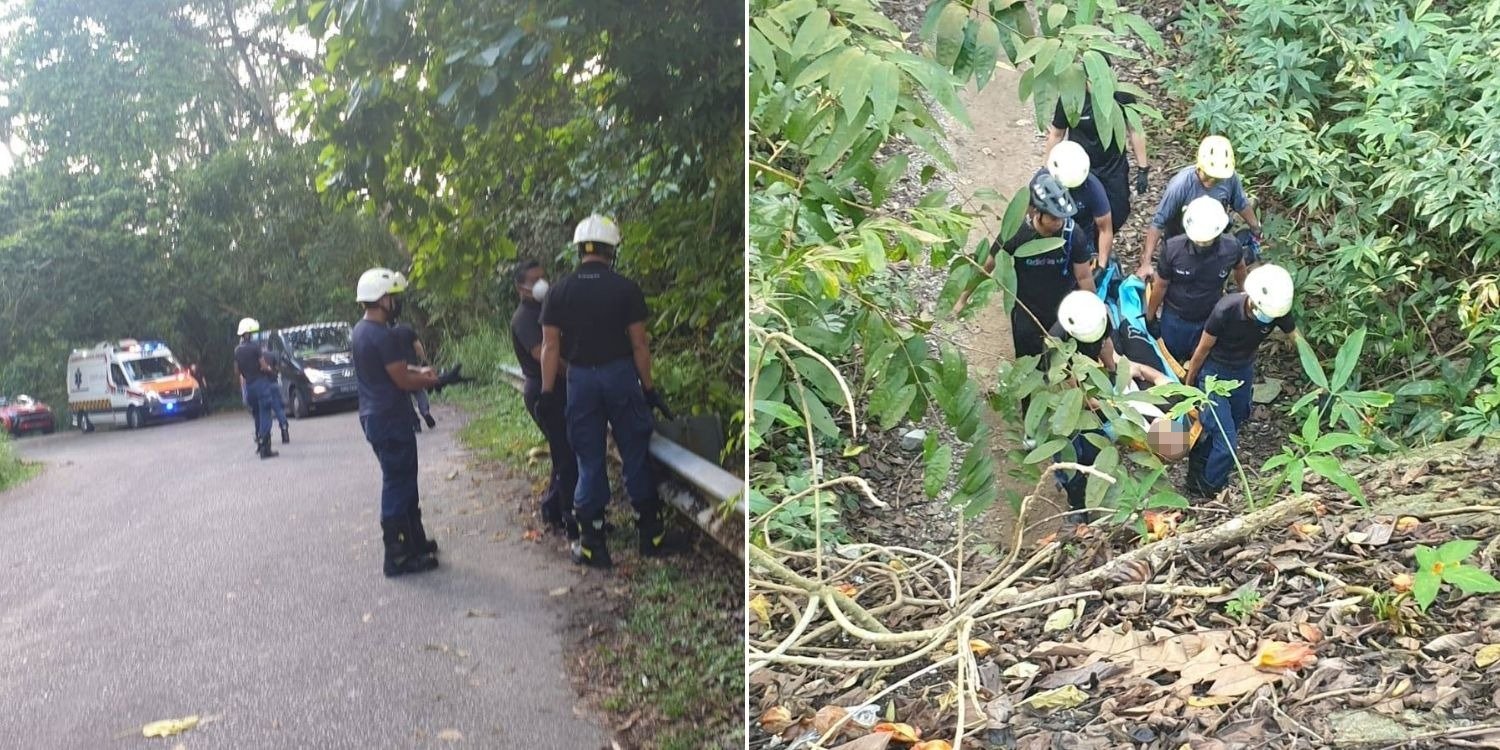 Update (17 Dec, 10.50pm): An earlier version of the article reported that the incident occurred at Dairy Farm Nature Park, and that the cyclist seemed to be alone. However, a reader claiming to be the cyclist’s cousin has clarified that it actually happened at the Bukit Timah Mountain Bike (MTB) Trail, along Rifle Range Road, and that the cyclist was with a few friends.

You may read the amended version below:

As Singaporeans are exploring lesser-known places around the island, outdoor activities like cycling seem to be gaining popularity.

Like many physical activities, cycling comes with risks, and one particular man encountered one while riding down a slope on Sunday (13 Dec).

Venturing along the Bukit Timah MTB Trail with a few friends, he apparently fell and landed in a forest area.

Cyclist was on Rifle Range Rd trail with friends

A Facebook post by Concorde Security Pte Ltd on Wednesday (16 Dec) detailed an accident involving a cyclist who appeared to have fallen down a slope and injured himself. While the incident did happen, the cyclist’s relative has come forward to clarify several details of the story. 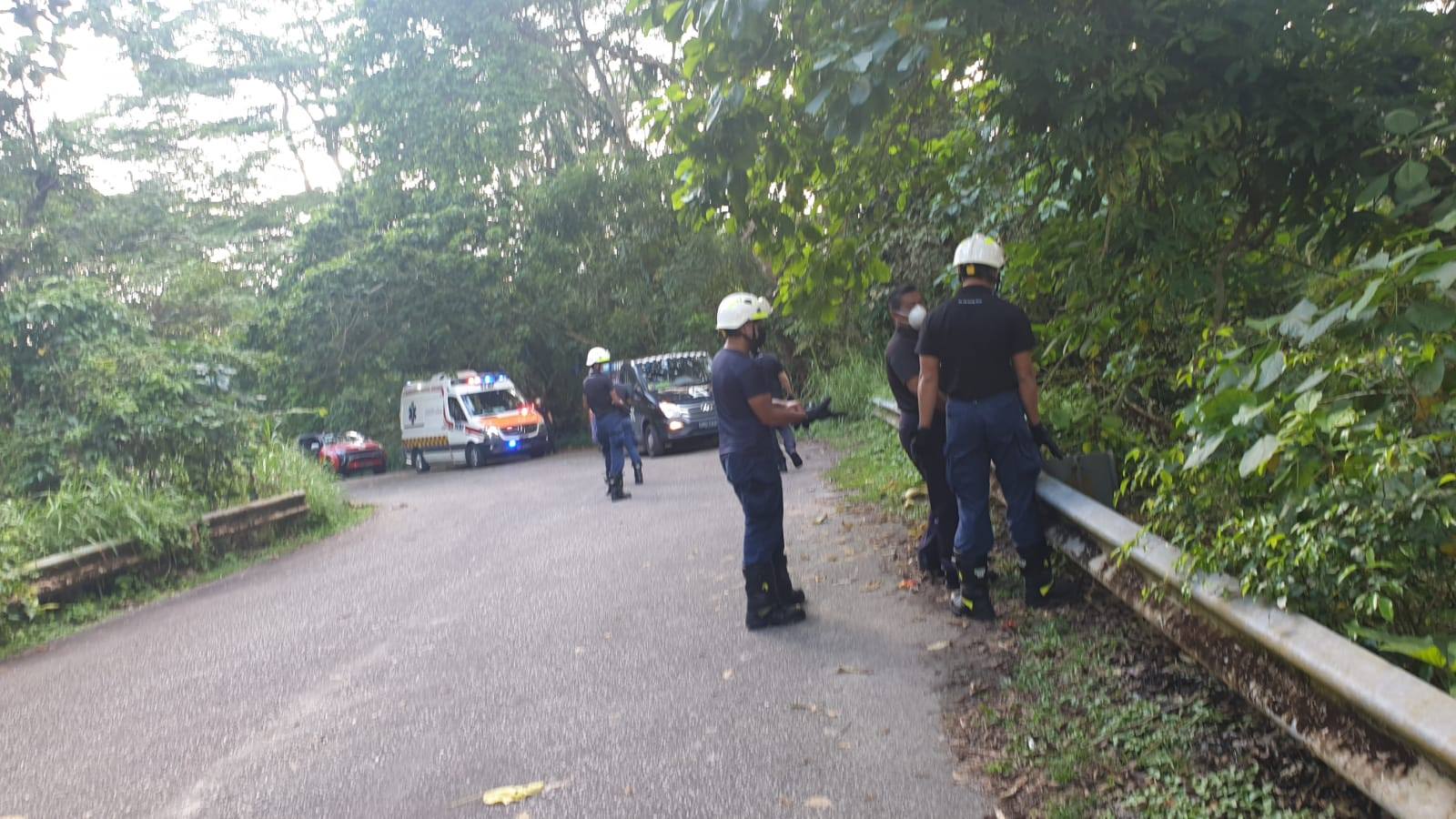 As the cyclist was on the trail with a few friends, they likely called for help immediately after he fell down the slope.

A team from the Singapore Civil Defence Force (SCDF) arrived shortly after, to render emergency assistance.

Rescuers carried cyclist back up the slope

How the rescue unfolded is unclear, but photos show SCDF personnel carrying the cyclist up the slope on a stretcher. 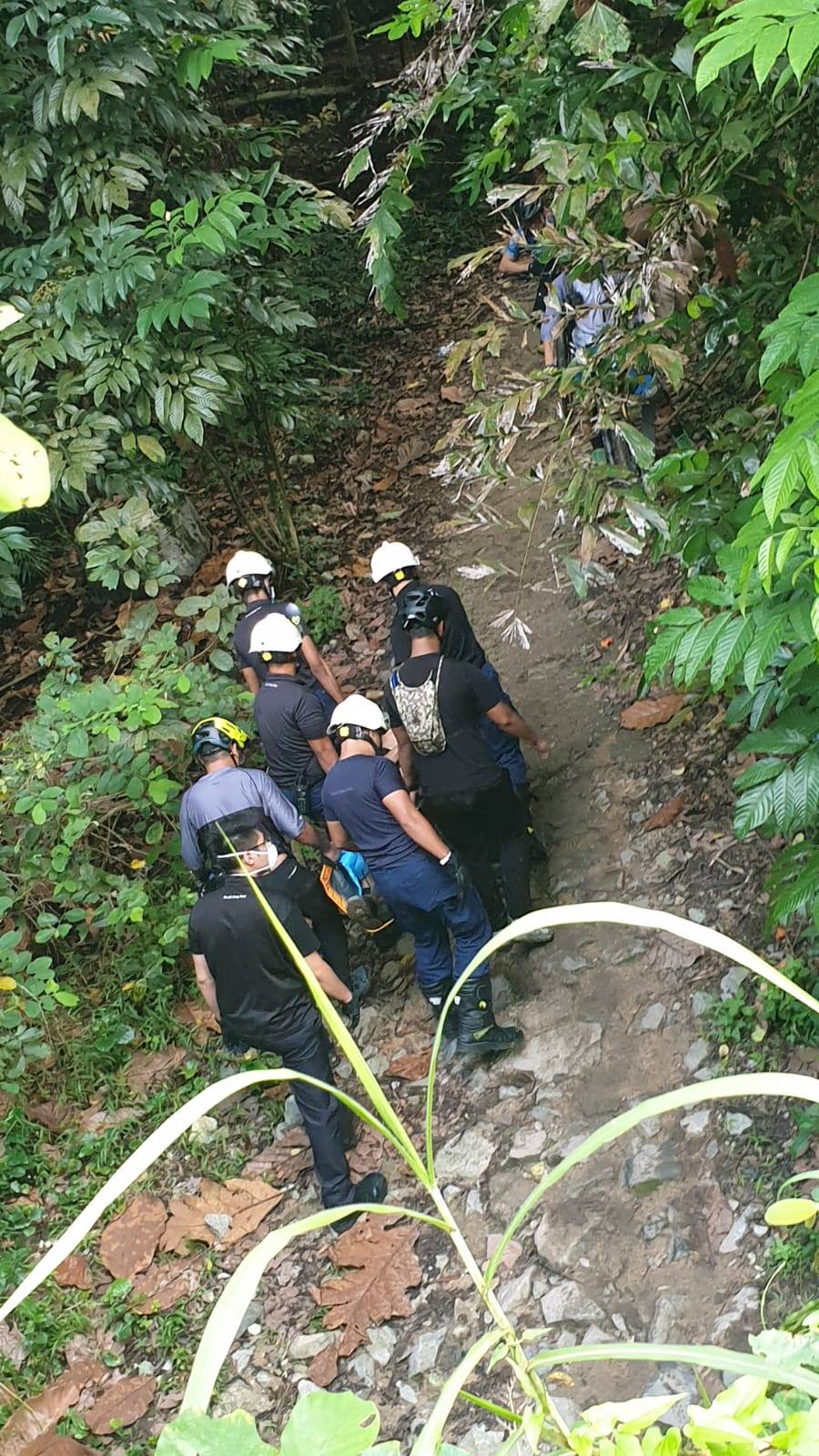 We don’t know the extent of his injuries, but the relative says that the cyclist is “recovering well”.

The incident was certainly a scary one, but we’re glad that the cyclist’s friends reacted quickly and got him the help he needed.

Kudos, too, to the SCDF team for responding to the call quickly, and rescuing the man.

We wish the cyclist a smooth recovery.