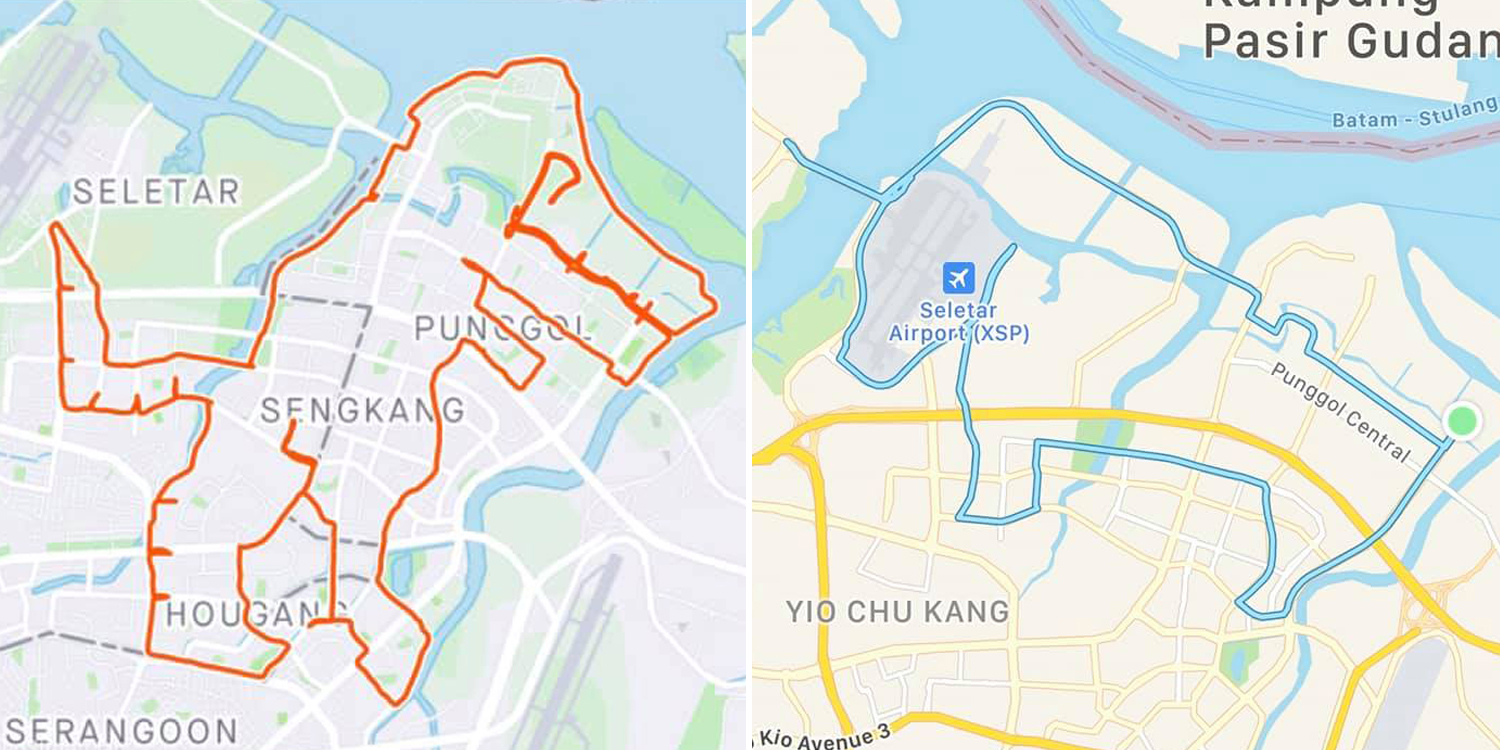 Cyclists are getting wheelie creative.

Singapore Cyclists Trace Animals Like Dinosaurs & Unicorns On Their Route

Cycling has fast become one of Singaporeans’ favourite pastimes. And some cyclists are having some fun while clocking the distance.

On 10 Jul, a cyclist shared on Facebook group SG PCN Cyclist that she traced a chubby dinosaur while on her bike ride. 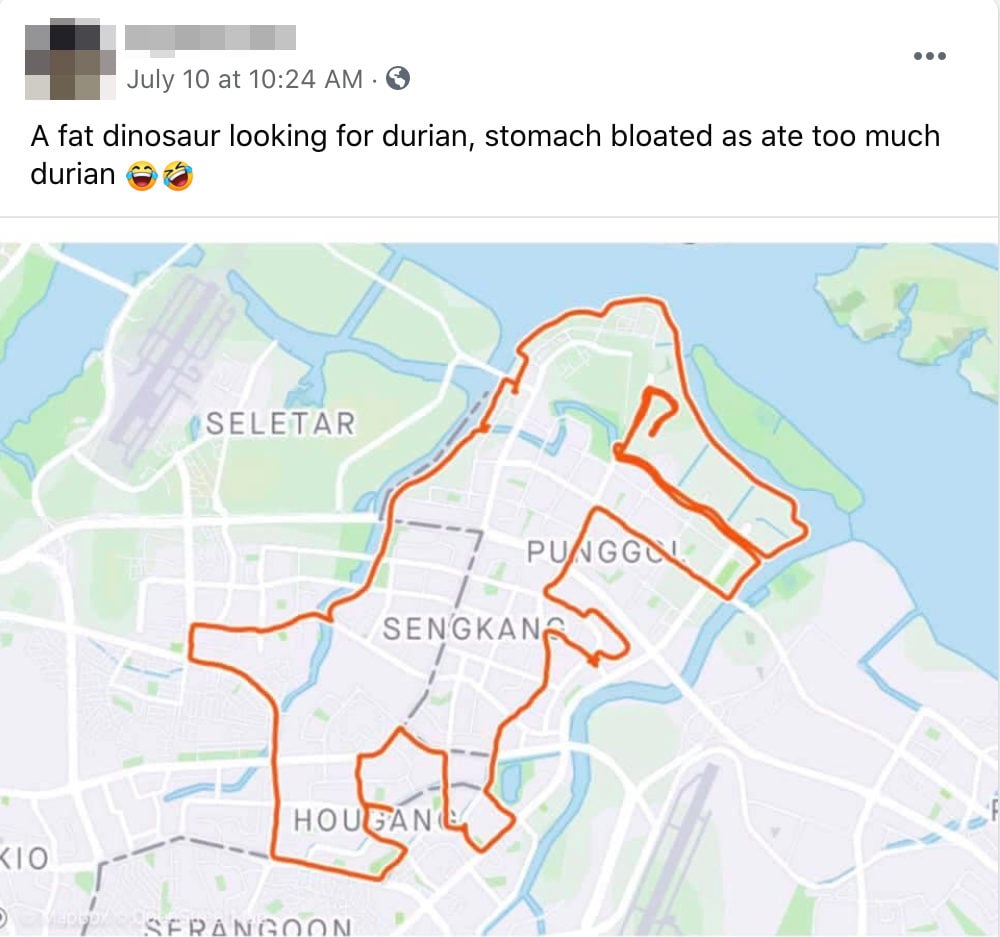 This seemed to set off a chain reaction with many other cyclists either trying out the dinosaur cycling route for themselves or trying to ‘draw’ other animals like unicorns on their cycling route.

Cyclists try tracing their own dinosaurs with cycling route

On 10 Jul, a cyclist shared on Facebook that she traced a dinosaur outline while on her cycling route around the Sengkang and Punggol area.

Another cyclist then shared in the comments that he had attempted a more intricate version earlier on 8 Jul too. His outline even includes the eyes and ridges on the dinosaur’s tail and legs! 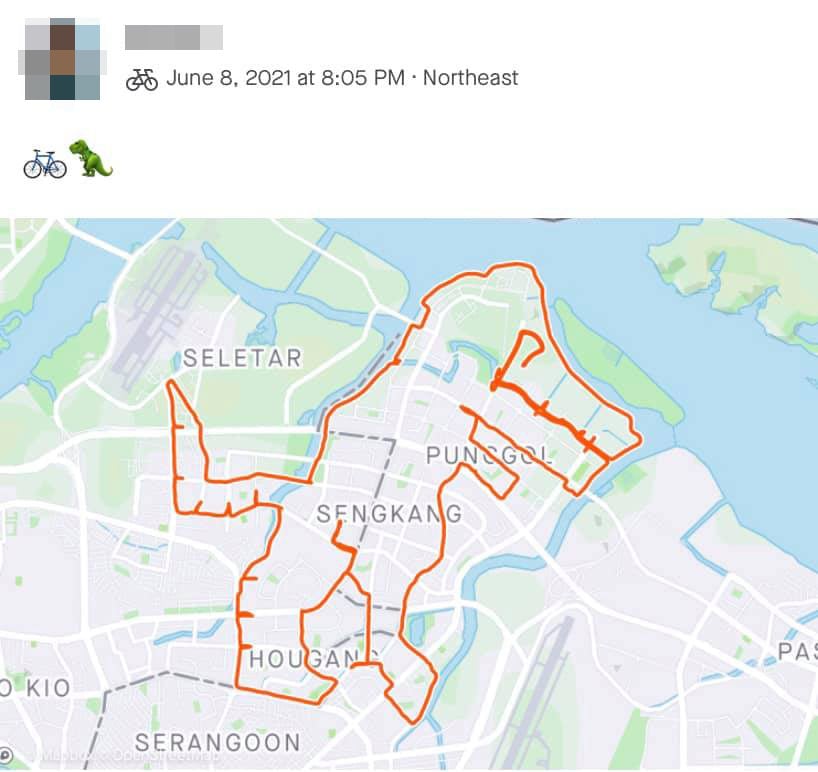 Seeing this, many other cyclists decided to try out the dinosaur route for themselves, with varying degrees of success.

This cyclist’s attempt covering the north and south of Singapore resembled a seahorse more than a dinosaur. 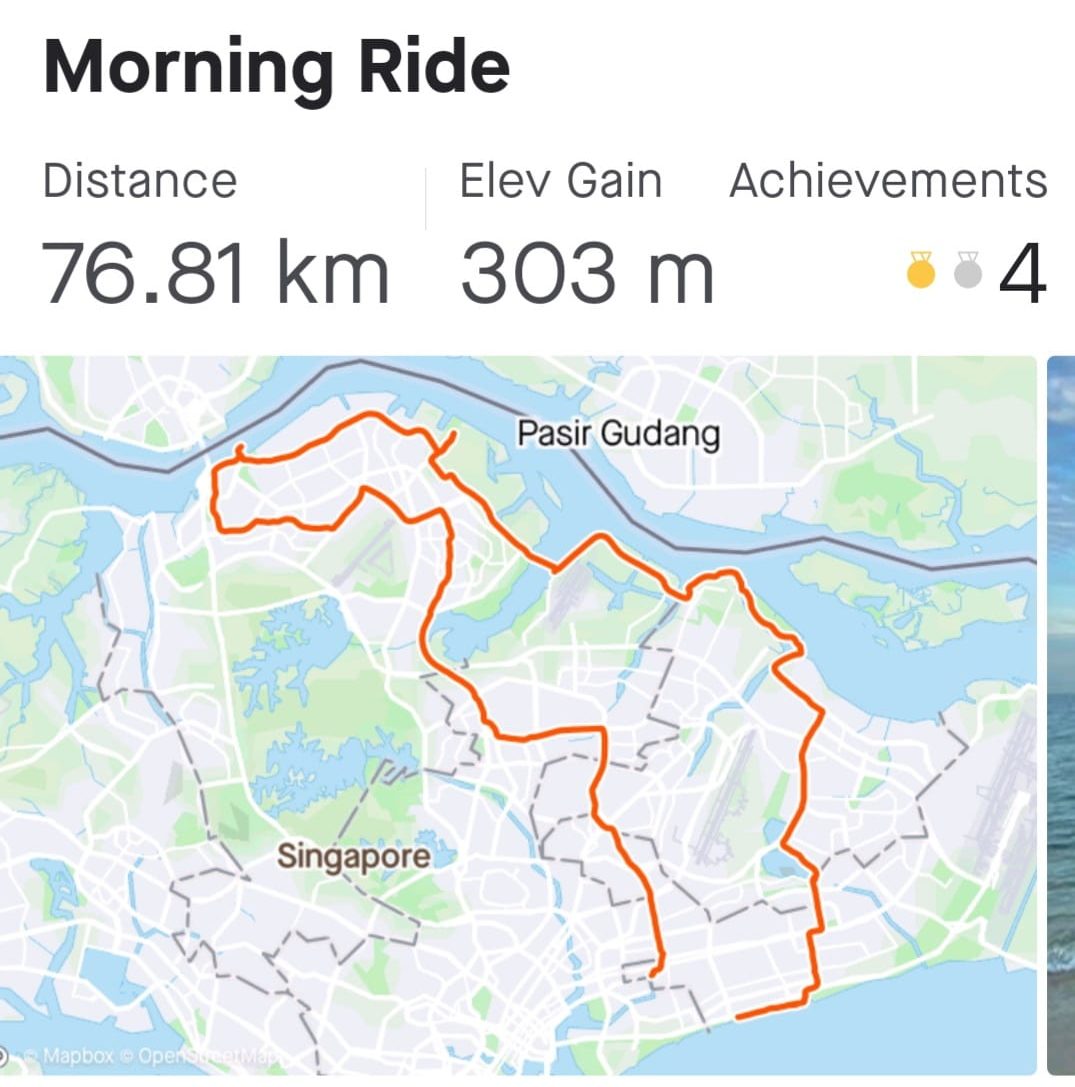 Another cyclist jumping on the trend at the Pasir Ris area led to a very interesting-looking rendition of a dinosaur. 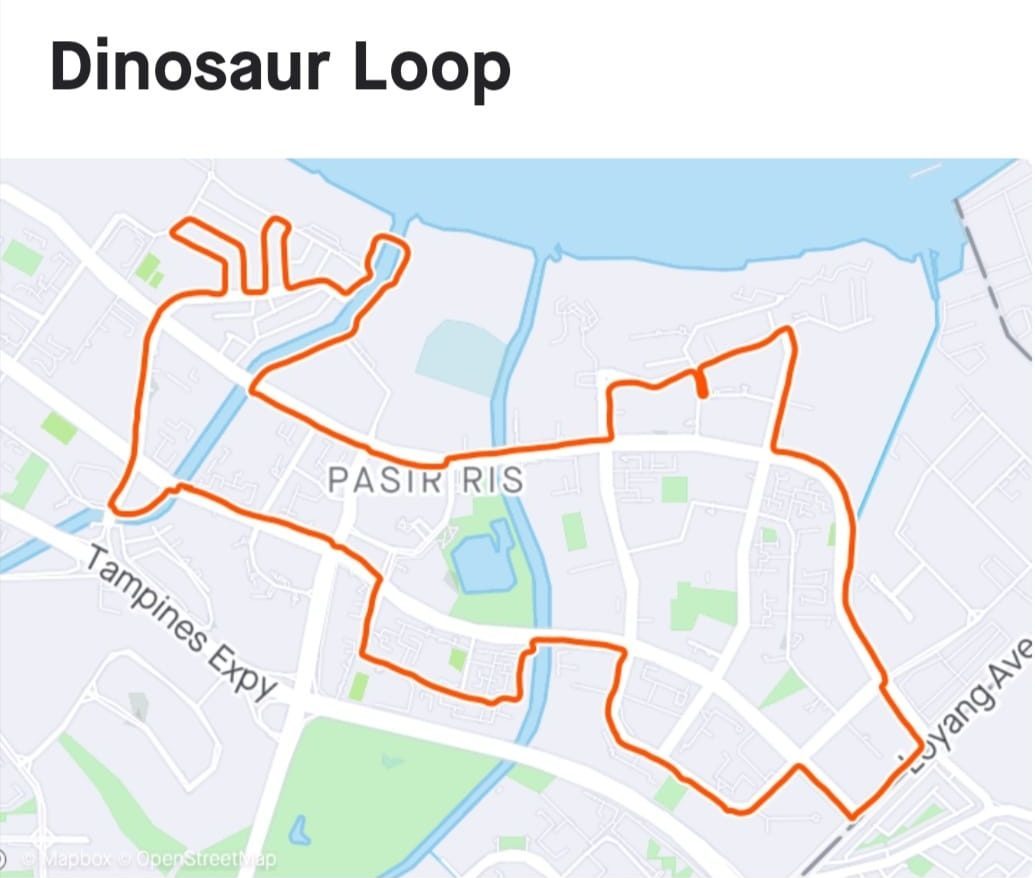 Others became even more innovative and came up with other animal shapes, like this cyclist’s unicorn. 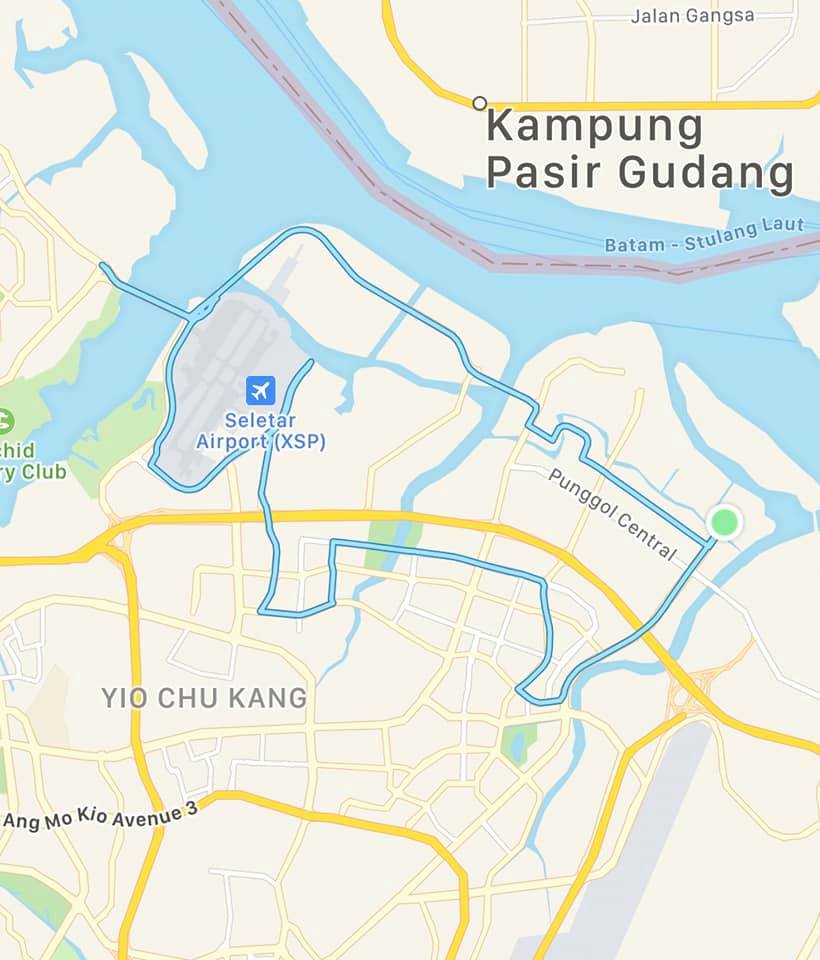 Some remarked that the unicorn looks more like a bull though.

The female cyclist who set off the creative cycle of animal tracing on bike rides actually seems to have been doing this for a while.

A regular cyclist, she appears to love the extra challenge on her bike rides. 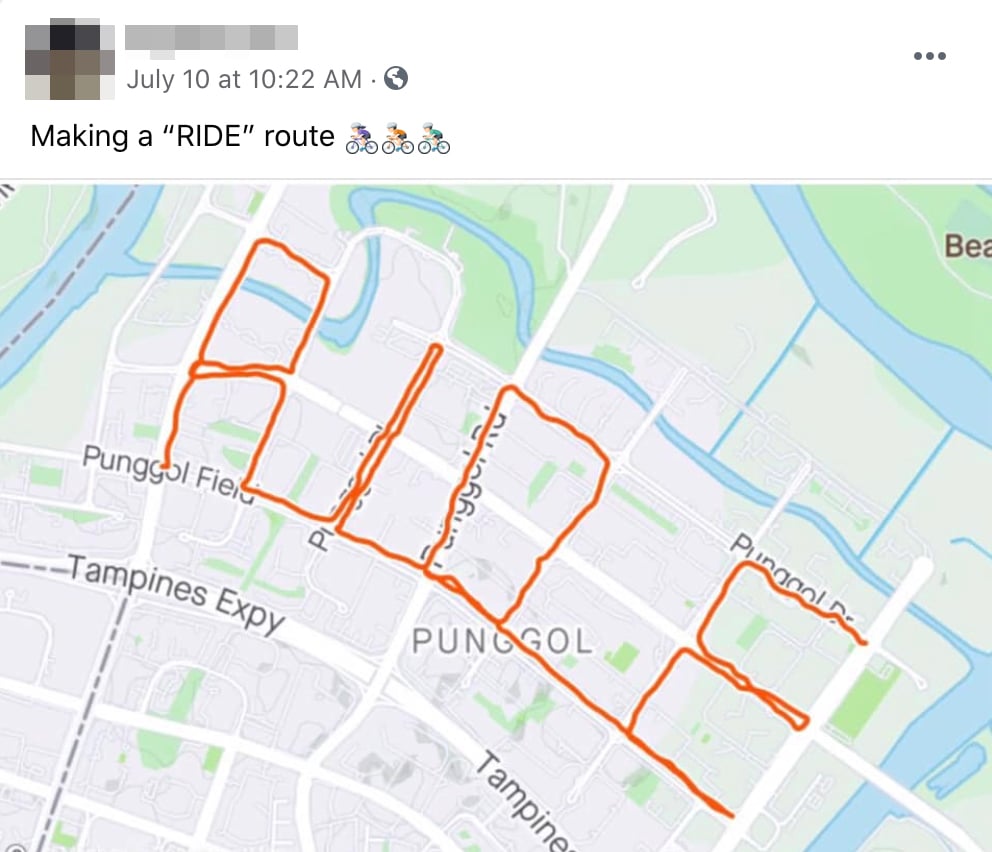 Not only is she a trendsetter when it comes to cycling, but she also seems to be well versed in tracing animals on maps.

She even incorporated the elusive Hougang mandarin duck in her cycling ‘drawings’. Challenge yourself with these fun routes

These cyclists certainly have been getting wheelie creative in mapping their routes.

If you’re up for the challenge and would like to jump on the trend too, such route maps can be found on the cyclists’ Strava accounts, according to comments.

Have you attempted to trace an animal on your bike ride too? Share the pictures with us in the comments down below!